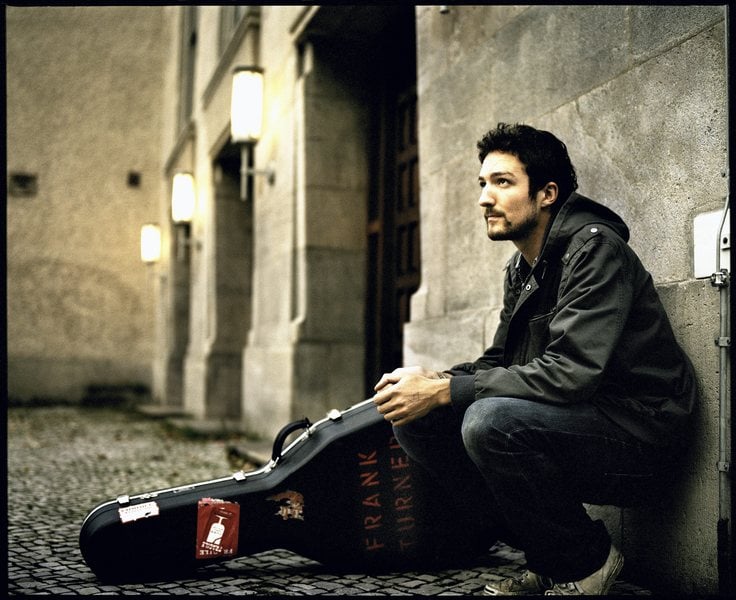 In Session with Frank Turner

The punk rocker turned British folk songsmith arrives in Saigon this March with his unique brand of storytelling through catchy melodies and insightfully inclusive lyrics. Drawing from largely autobiographical inspiration and the nation of his birth, Frank Turner embodies what it is to be an honest musician. Having plied his exciting trade previously around Europe, America, and Asia, this will be his first performance in Vietnam. Johnny Rebours caught up with the man to find out more about this exciting event on 24th March at Q4.

Hi Frank, thanks for speaking with us. You’ve played in Asia before, how do the crowds differ here to in the UK and America?

The crowds in Asia, in my limited experience, are pretty cool – I think that the whole business of rock’n’roll shows is a comparatively new phenomenon in that part of the world, so there’s a freshness, an enthusiasm, that you sometimes won’t find in London or New York.

You are playing bigger and bigger venues with the success of your fourth album, which gives you more satisfaction, stadium shows or intimate gigs?

I don’t really have a preference – I like playing for a crowd that wants to hear me play, regardless of the size, and I like shows that go well, where there’s a connection between me and the audience. You can have good or bad shows at any level really. Intimate gigs are, in a way, easier to do well, maintaining intimacy at an arena or stadium level is more challenging. But it’s not impossible.

Kerrang said you do ‘things the honest way.’ Is that fair for how you’ve tried to conduct your career? Has there ever been conflict with what you want to write and what your record company wants you to write?

That’s certainly what I try to do, though I’m not going to claim that I always get it right. The ethics of punk rock remain central to the way I approach making music and the business that goes along with that. I’m lucky to have been working with Xtra Mile Recordings since day one, they’re like family to me now, and there’s never been a moment when they’ve tried to tell me what to do creatively.

Have your inspirations remained the same since first album Sleep is for the Week? Are you able to draw on the same notions or have your views, or focus, changed?

No, things have changed, of course – 1350 plus shows, 34 countries and 8 years later, I wouldn’t want to be the same person, that’d be terribly dull. I also don’t want to repeat myself creatively, I’m very proud of “Sleep..” but I don’t want or need to make that record again, and I’m not 23 years old anymore. I guess there’s a common thread in that I write reasonably simple, autobiographical songs, but I hope that what I do has evolved over time.

You have returned to America to tour, how is it in the States playing your original, quite British, punk folk?

The USA is great, I love touring here. Americans are very honest, open, well-mannered people, for the most part, and they’ve taken to what I do a lot (which was, at first, a pleasant surprise). There’s a lot of anglophilia, especially on the punk scene, out here. I’m fascinated by the place, generally, it constantly surprises me.

About to release your fifth album, are you able to pick one album/song from your back catalogue that means the most when you play it or listen to it?

It’s difficult to pick just the one. Different songs have different weight and meaning to me. I mean, the song “Prufrock” off “Love Ire & Song” is a favourite, it captured a moment in time pretty well, I think. I am also proud of the song “Redemption” off “England Keep my Bones” – that was a tough song to write and then perform, but I think it went well. But (almost) all the songs I’ve written have their place in my affections.

Do you have any expectations of the Saigon crowd? Were you surprised at being approached to play here?

I try not to bring expectations to any new situation in life – the best thing to do is to be open and curious. I’ve been to Saigon before as a tourist, so I’m excited to come back as I had a great time. I guess I was a little surprised, but pleasantly so, I’m always keen to come to new places and experience new things.

This is a rare opportunity for Ho Chi Minh City, a singer-songwriter headlining a show with Vietnamese for support, hopefully putting Saigon on the radar for international artists.

The event is held on 24th March at 7 Nguyen That Tan, District 4 Ho Chi Minh City and all net profits go to the Green Bamboo Shelter for Boys and the Little Rose Warm Shelter for Girls.