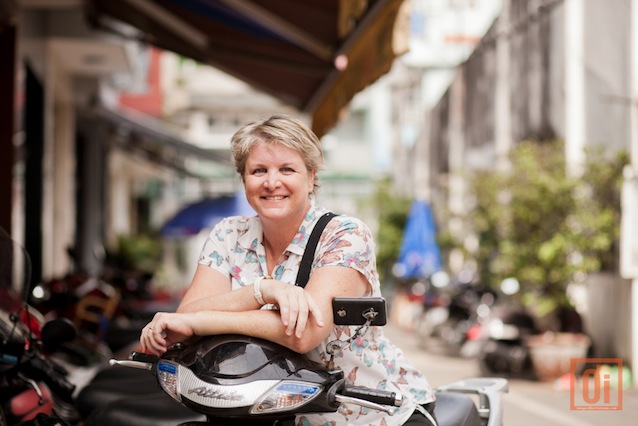 How has travel blogging helped you connect with others?

Jodi: Technology allows us to slide in sideways into existing communities, to know that they even exist. Before I go to a country, I’ll connect with others on travel blogger groups on Facebook. once, I had the hiccups in the airport in Kuwait and tweeted as much; two minutes later someone walked up to me, having seen the airport’s hashtag and noticed that I was the only person hiccuping in the corner.

Jaime: I’ve had readers who’ve reached out to me. one girl read on my blog that I was coming to Germany and emailed me to say, “I have an extra room, you’re welcome to stay with me.” It sounds weird, but it really isn’t.

Leah: I “office hop” which means I’ll set up a temporary office for two to three months in a new country, working during the day and exploring in the evenings or weekends. This forces me to live like a local, so getting recommendations from people who travel like I do, like other bloggers, is really helpful in getting my bearings. It shortens the learning curve.

Ayesha: It’s tough to make friends in a new country, but having common ground with other bloggers certainly helps. Months after I had moved to Ho Chi Minh City, I still hadn’t explored very much. Also, being Muslim, I found it hard to know what I was eating since there seems to be pork in just about everything here! But connecting with other bloggers led to my first street food experience.

How often do you search out other bloggers in a new country?

James: I was in Cambodia two weeks ago and spent most of my time with fellow bloggers. A month before that, I was in Thailand and it was the same thing.

Leah: I normally find mutual friends through Facebook and Twitter as well, in countries where I’ll be going.

Barbara: I search out travel bloggers and travelers in general. People connect with me as well. I might give them advice like, “Don’t stay at that hotel, it’s horrible and far away from everything.” A family with three kids recently contacted me and they’re going to end up staying with us this week. Lots of interesting things happen because I have a blog.

How weird is it to meet up with people who seem to know you but that you’ve never actually met face-to-face?

Barbara: I don’t think it’s weird at all. Take tonight’s meet up. I knew Jodi and James from Chiang Mai through other bloggers. Jodi rounded up some friends, including Emily, one of her readers and Jaime, and he brought along a friend he had first met in the Philippines. Leah contacted me via Twitter to say, “Let’s meet up.” It happened really organically.

Jodi: There’s an unspoken self-imposed system of checks and balances with meeting with other travel bloggers, because we’re all part of a niche group. No strange experiences to speak of !

Leah: I think bloggers are used to talking about themselves. And travelers in general seem to be more relaxed and free with their time. And when you’ve come to the realization that you don’t want a normal 9 to 5, and meet others who feel the same way, there’s an instant connection.

Jodi: Because we’re from the same industry, there is a common ground in worldview. As a result, I find myself skipping the regular introductory questions and jump straight into the good stuff. You already have one thing in common and that makes it so easy to find out you have other things in common. You also never have to explain or justify your life choices in the way that you would to many other people you meet. It’s a different dynamic.

Jaime: Yeah. It’s as if you already know someone, especially if you’ve been following their blog for years. It’s almost like we live in three different worlds: there’s the world back home, the travel blogger world, and the city you’re currently in.

Are these types of internet-spawned friendships “real”?

Leah: Definitely. When you have a shared connection, then that’s worth more than 50 drinks in a bar somewhere. After the college years, it may take years to form a close friendship. But with fellow travelers or bloggers, you share more intense, spontaneous experiences than if you had metrandomly. You’re already several steps morconnected than the average person.

Ayeshah: It’s like any other friendship, I think. Some people are only used to sharingsuperficially. To take it to the next step andactually develop friendships, a lot depends on the culture the blogger comes from.

Jodi: I just met Jaime the other day, but we’ve since had lunch and dinner together, and now we’re here. If that happened back home, you’d be considered a stalker! Plus, it’s common to see the samepeople again and again. Every time, it’s a mini family reunion with everyone bringing someone new to the table. It’s wonderful tobe perpetually expanding your circles of friends, meeting new people and deepening the friendships you already have.

Traveling or moving to a new country oftenincludes a difficult adjustment period, filled with daunting obstacles to overcome, possiblyincluding a language barrier, navigating unfamiliar streets or simply knowing where to eat or shop, which is why being able to connect with people with shared interests can be a tremendous help in getting adjustedand minimizing loneliness and homesicknessThis space is dedicated to featuring various special interest groups around the city, some traditional and others not as much so.

Would your club like to be featured in this column? Email us at [email protected]