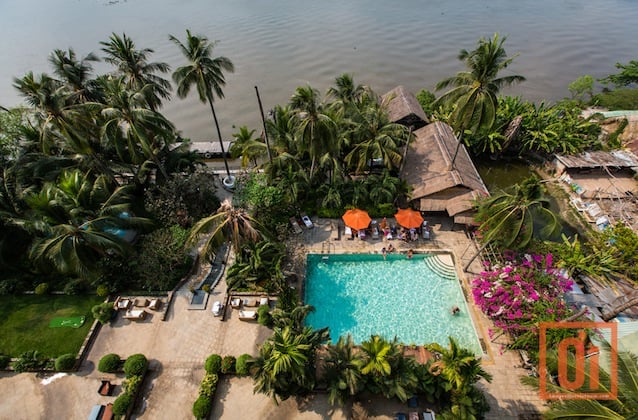 We travel to Thanh Da peninsula to see if the grass is greener over on this side of the city.

There’s something to be said for rocking out a suite while on holiday. Other than the obvious surge in space, the luxury is all in the small things – grabbing a beer from a full-sized fridge instead of a minibar, playing cards around a dinner table instead of a dinky side one and lounging on a sofa that’s meant to be lounged on. It just feels like home. That is, if your home were a five bedroom apartment overlooking an aquamarine pool surrounded by lush bougainvillea with 360° views of the Saigon River from your private jacuzzi. 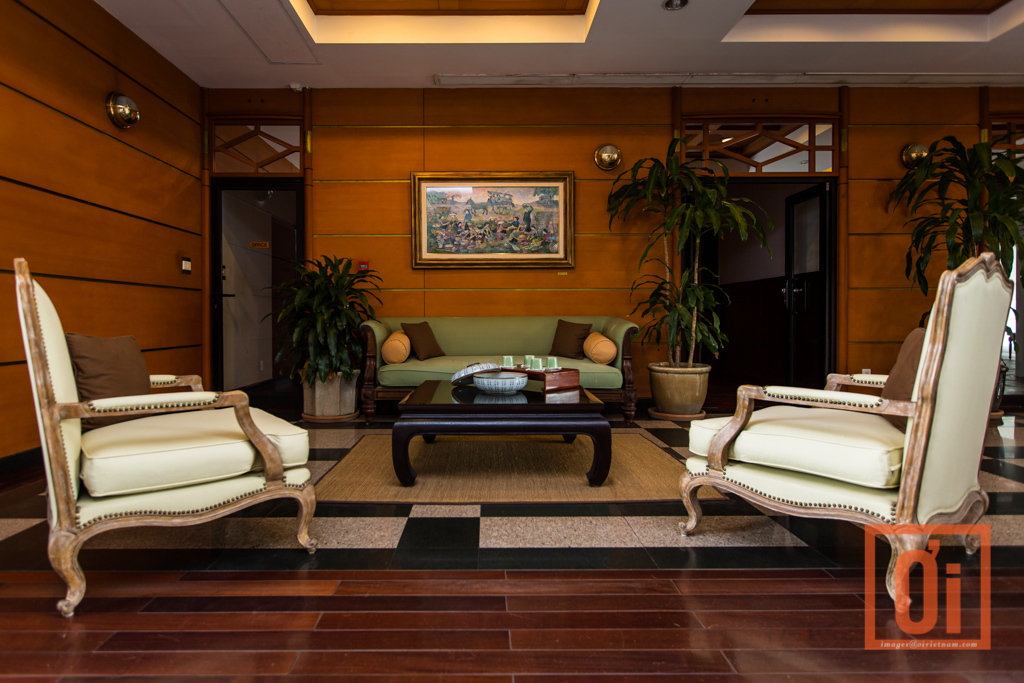 Opened in 2001 and a member of the Prestige Hotels group, Saigon Domaine Luxury Residences is 45 units of one to five bedroom apartments situated on the Thanh Da peninsula, just 15 minutes from downtown Ho Chi Minh City. While billed as a high-end residence for long-term tenants, about half of the units are available for hire as hotel suites meant for shorter stays, featuring gorgeous wood floors, marble bathrooms and a separate kitchen with dishwasher and washing machine, all dressed up in an eclectic Asian chic decor. These are the kind of suites Lindsay Lohan would be proud to be banned from.

City residents know Thanh Da as one of the last green spaces in the city proper, a slice of country living right within the city, highlighted by the ever kitschy but fun Binh Quoi Tourist Villages with their popular weekend buffets. City resident, Luyen, says of Thanh Da, “It feels like a small town. There aren’t any big houses. People still plant rice or raise ducks. It’s totally undeveloped and green which is why everyone likes to go there for a change of scenery or to get together with friends at one of the chill seafood restaurants.”

This may all be changing, though, with reported government plans for a controversial major expansion, aiming to turn Thanh Da into an urban commercial center with high rises and guest houses while ostensibly maintaining its status as “the green lung” of Ho Chi Minh City. Despite a failed expansion plan in 2007, some feel that change is inevitable with two bridges in the works to connect Thao Dien and Rach Chiec in D2 to the peninsula. Until that happens, though, Saigon Domaine guests can take advantage of the surprisingly quiet riverside location by lazily spending the day fishing from the jetty or bicycling to explore the peninsula’s interior.

The interesting pairing of apartments and hotel suites has pluses and minuses. The feeling of being at home is seen from the fact that no units are numbered, but named after ships instead. The nautical theme is carried throughout in the form of brass railings, fixtures and model ships, as well as in the design of the green central atrium, creating the feeling of being aboard a very exclusive cruise liner. Also like a cruise ship, the facilities are compactly arranged, including a fitness center, outdoor pools and mini-shop. However, apartment living means there is no spa or dedicated space for a traditional restaurant. Instead, guests can have meals delivered as room service, or taken out to the floating terrace where a handful of tables are set up. 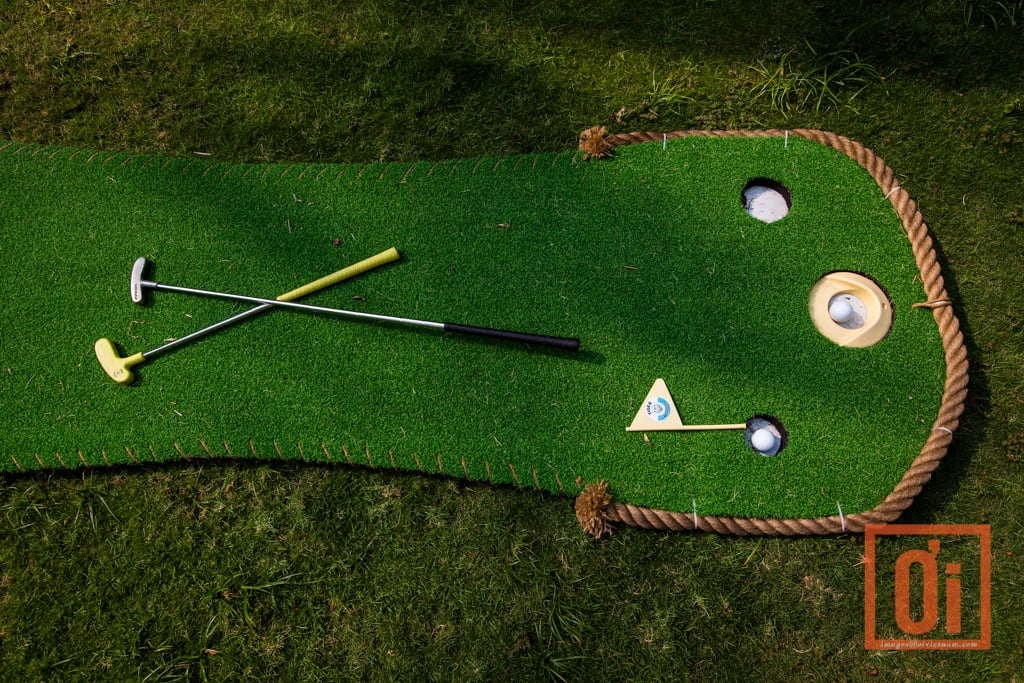 A staycation at Saigon Domaine has something for everyone. One bedroom units can be a quiet romantic get-away, while the four-bedroom units with a huge terrace and private jacuzzi would make the perfect spot for a cocktail party for 20 of your closest friends, with space to sleep off the night’s revelries.

A one bedroom suite starts at US$169 per night; a four-bedroom suite is US$349, all suites include breakfast. Stays of three nights or more receive a discounted rate. Contact www.saigondomaine.com.

The Best Value Bufet in Town

While few outside guests ever make it out to enjoy a drink at the hotel’s club bar or a meal on the floating terrace, Sunday lunch should be an exception. Hands down, the best value BBQ buffet in town, the VND275,000++ weekly lunch features Australian rib-eye and king prawns (and sometimes salmon) marinated in your choice of sauces, and a revolving assortment of cold salads, hot foods and desserts like cheesecake and apple tart. Value priced for guests at the property but open to anyone, the BBQ buffet isn’t advertised anywhere outside of the hotel, and with an included beer, soft drink or glass of wine, this relaxed lunch served on the banks of the Saigon River is a steal of a meal. With only a few tables set out on the floating terrace and around the pool, reservations are highly recommended.