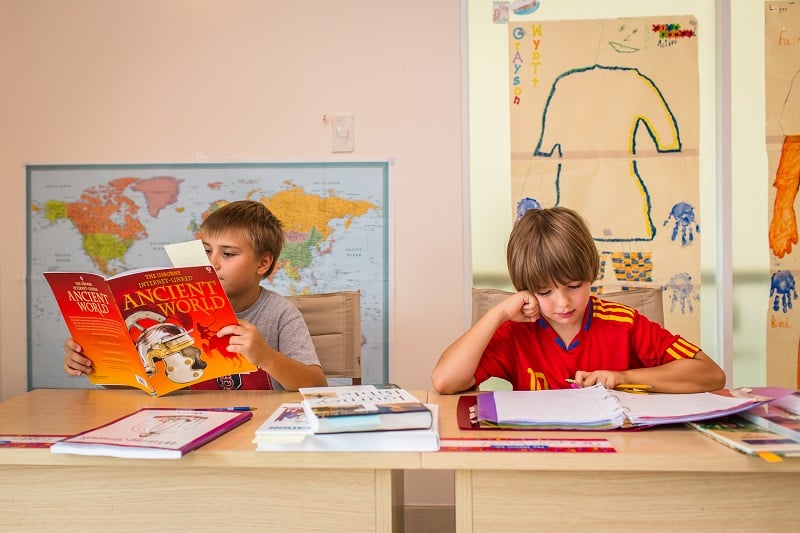 When Molly and Grant Wyatt arrived in Ho Chi Minh City back in 2007, their sons Logan and Grayson were only four and two, so schooling wasn’t yet the first thing on their minds. Here to assist locally-based relatives start a small business, they didn’t imagine that decent schooling would be beyond what they could justifiably afford.

“Quite honestly, we were surprised by the cost,” says Molly. “We’d always intended to enroll our kids in an international school, but when we started Logan in kindergarten, the fees were around USD10,000. We were here on a budget, and it wasn’t sustainable. When we went back to Illinois to reassess our options for the long term, finding a solution to the schooling problem was a deciding factor in whether or not it was going to work out.” 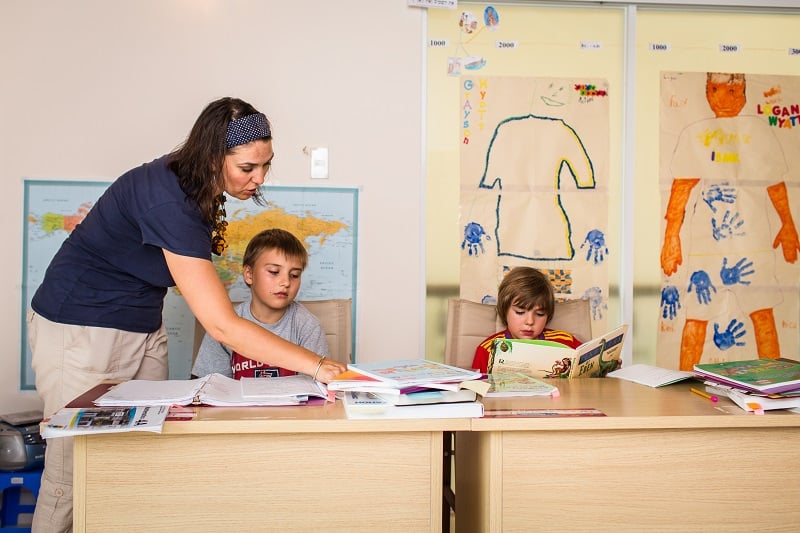 Determined to make a life here work, the Wyatts investigated homeschooling. “We decided to try it,” says Molly. “If it didn’t work, we’d have to move back to the States permanently. I’d worked in a school setting for nine years, so I was familiar with the teaching environment. Grant did a lot of research online and we decided on a curriculum, which we bought over there. We got all the stuff and brought it back with us.”

Part of the reason why it was important to source materials from home is that many homeschooling courses direct children to the local library for research. “That’s not possible here,” says Molly. “We bought as many books as we could possibly bring over.”

Pros and Cons
Homeschooling has been mildly controversial for years in the West, but support for a system in which parents take responsibility for what their kids learn seems to be on the rise even in countries where relatively good schools are very affordable or free – largely in resistance to increasing secularism or a perceived poor academic focus in schools.

Passionate proponents of elective homeschooling have been around since the Early Childhood Education movement of the 1960s, pointing out that many children in the Western world already have a secure family environment, and claiming that formal schooling is inferior to learning in a stable and loving family home. Schools, it claimed by some supporters, can actually damage family bonds and emotional development – elements that an institutional setting can neither replace nor remedy once broken. 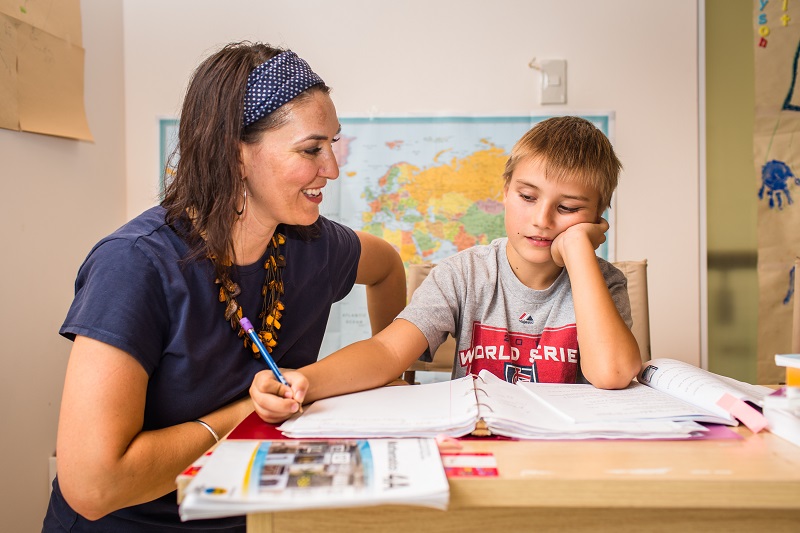 Those opposed to homeschooling generally point to the reclusive nature of sheltering children at home for the period of their academic development, citing its potential to block perspectives not shared by parent instructors; breeding zealotry out of religious and morality-based curricula; and strongly reducing children’s sense of civic engagement. Put simply, homeschoolers can be accused of raising fanatical, socially awkward kids.

This doesn’t appear to be the case with families who homeschool their children here. Although Molly and Grant’s kids were initially disappointed not to be attending the high-quality international schools the family couldn’t afford, they soon discovered that in  their situation there were more pros than cons. The family could set their own schedule – they run an intensive four day study week to give themselves more family time on the extended weekend, and regularly fit in travel breaks as long as there’s no impact on the studies. Teaming up with other homeschoolers, they were also able to improvise. “I’m not much of an artist,” says Molly, “so for the art lessons we split the cost of hiring a private art teacher with another family and ran the classes together.” 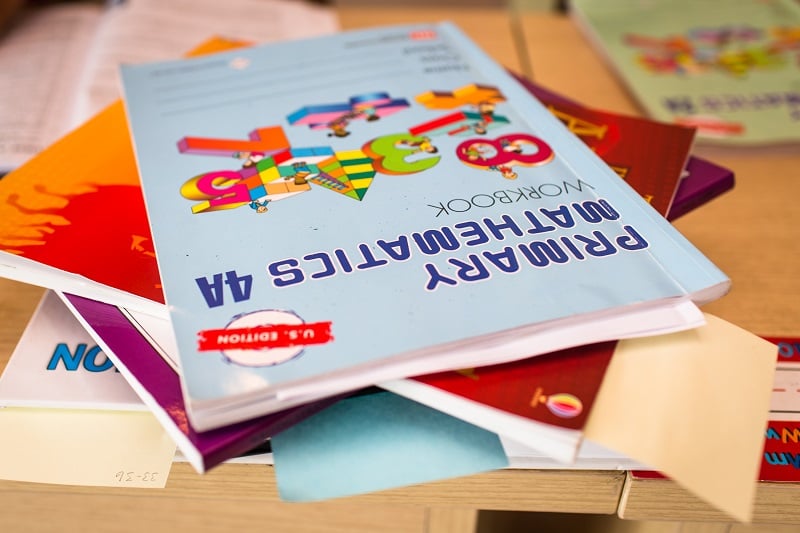 The curriculum the Wyatts use, called My Father’s World, does have a biblical focus, although the freedom to teach a faithcentered course was more of a bonus than a motivation. “We didn’t have a problem with the secular nature of the schools here,” says Molly. “We’re used to that in the States. It’s quite the opposite – we actually did want to send our kids to an international school. Because we opted for homeschooling, however, we thought, why not incorporate what we believe into what we teach?”

Networking for Kids
The Wyatts are members of an informal support group founded by Linda Woodring, formerly a teacher at local international schools. There are around 15 homeschooling families who meet regularly, sharing support, experiences, and expertise. According to its current custodian, “of the families I know in the homeschooler group, all of them do it a little differently.” Molly teaches her children’s course materials herself, but knows of one family who hire a private Filipino teacher for the lessons. A similar group in Laos rent a house together and run their own de facto school, with every parent contributing their skills in different areas.

Is socialization an issue? “I’m concerned, but not that concerned,” says Molly. “You just have to be a lot more intentional in the way you go about it. Fortunately, we were able to reconnect with a lot of Logan’s old classmates from his first year. We make sure they still get out together, and we hold regular sleepovers and so on. The boys participate in a lot of sports activities and in kids’ activities run by our church. You just can’t be lazy in getting the kids out of the house.” 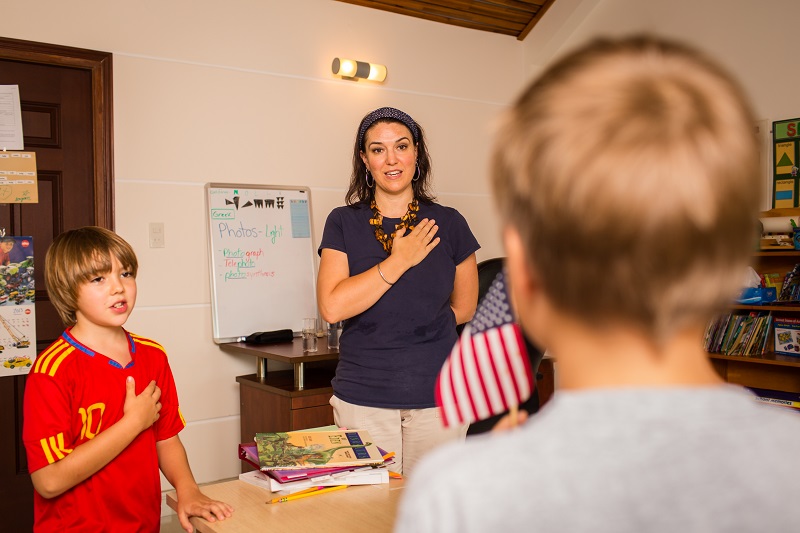 “Networking helps a lot,” she adds. “There are a lot more people reaching out to each other now. It’s just frustrating for the boys knowing they have to wait for the other kids to get out of school.”

The results of the homeschooling experience thus far have been positive. In order to get an external assessment of how well their kids were doing, the Wyatts joined AERC, the Asia Education Research Consortium based out of Thailand. “We took the kids there to sit a standard American test,” says Molly, “and they scored well above average in everything they were doing.”

The real litmus test, however, is the question of whether the Wyatts would send their kids to school if the means became available. Molly’s answer is a little hesitant. “Probably not, although it would be nice. The thing is, I know more about my kids doing this than I thought I would. I know where they’re struggling and where they’re excelling. We can adjust the pace. In a formal school, you’re at the mercy of the classroom.”