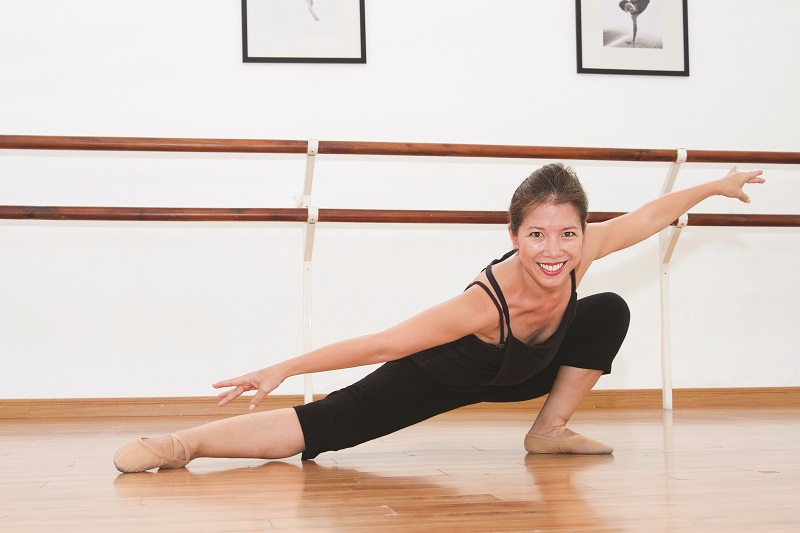 Looking at the current Dancenter in District 2 – the villa, the spacious dance studios, the well-lit rooms and clean white walls, the star-studded list of instructors and the whopping 600 students on its roll call – it’s hard to imagine that all this success started out with just a backpack and a few hundred dollars.

Meet Linh Rateau, the founder and central figure to this expat rags-to-riches tale. Twelve years ago she boarded a plane to Vietnam with nothing but a backpack, one address to rent a room, a few hundred dollars and the contact details of some of her dad’s friends still living in Vietnam. She spoke fluent French, a little English and not a word of Vietnamese.

That was not her first time in Vietnam, however. Being a child of French and Vietnamese blood but never having been born or raised in Vietnam, Linh was understandably curious about her Vietnamese father’s country and culture. In 1997 at 19 going on 20, leaving beautiful Paris for a vacation in dusty Saigon was a huge culture shock. 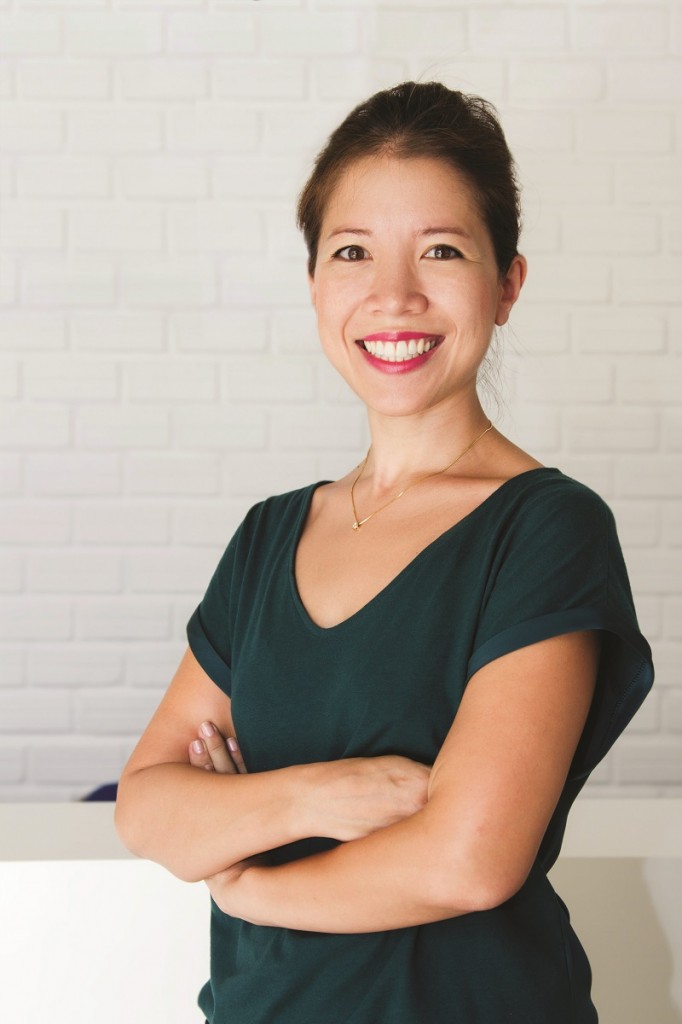 “Vietnam was not like in the pictures. There were poor people and homeless kids on the street. I was young then and hadn’t seen a lot of the world,” she says. “Despite the difficult condition of life, people have a good will to move forward. I could feel that. There was a positive energy to move forward. They have a lot of hope in the future. Paris is a beautiful city with lots of things to do but the energy feels down. People walk fast on the streets. Nobody looks at each other. It’s very individualistic. Here you don’t need to know anyone to strike up a conversation. This I like very much. The contact with each other. The will not to look at the past but to look to the future.”

Once her three-month vacation ended, she had just one objective: to return to Vietnam.

Step by Step
Dancing is in Linh’s blood. Her mother is a professional dancer and the owner of a dance school in suburban Paris. Linh herself started her dancing education at the age of three, but, despite that she wasn’t exactly pirouetting all the way to success.

“Dancers are not considered seriously, in Vietnam most of all. The life of a dancer is short. You dance with your body. After a certain age your body no longer answers you as it did when you were 20. It’s not like with actors, musicians or painters where your art matures as you age.
Thirty-five years old is the limit. After that the body gets tired. The career of dancers is short. This is true everywhere.”

When she returned to Vietnam, Linh started volunteering her time at the 15 May School, a government school for street children where she taught dance. Eventually those contacts led her to a job as a dance instructor for a Saigon-based French school. From there, requests for private dance lessons began pouring in, so in response Linh formed a small dance class inside the Labor Culture Palace. This was the predecessor to Dancenter. 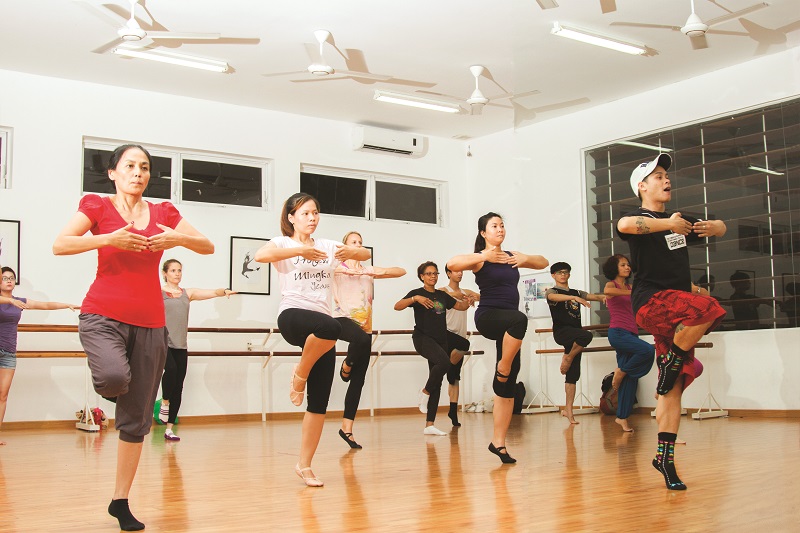 In 2007, Dancenter was officially founded in an unairconditioned garage in Binh Thanh District. The charter members included Linh and four others – a dance instructor, two office assistants and the security guard – all of whom still work there today. The five shared a single computer and a broom closet sized office. Linh and her team’s hard work paid off. Now seven years after opening, the center is a resounding success. The initial team of five has long since grown past 20 and the first 100 students are now 600.

Classes here start from 8:45am to 10pm, ranging from 60 to 90 minutes each. The first half of the class is a music-pumping workout that aims to build the physicality required of dancers. The second half, by contrast, is where the instructor works with every student to develop his or her technique and understanding of a specific dance style.

The center boasts 10 dancing specialties ranging from timelessly classic ballet to young and trendy break dancing. In a country where any dance other than ballet is still seen as frivolous add-ons to other performances, and where dancers are still seen as stage props to singers and not artists in their own right, Dancenter brings much-needed attention to the unique artistry of each dance style and for this it has become far more than just a dance school.