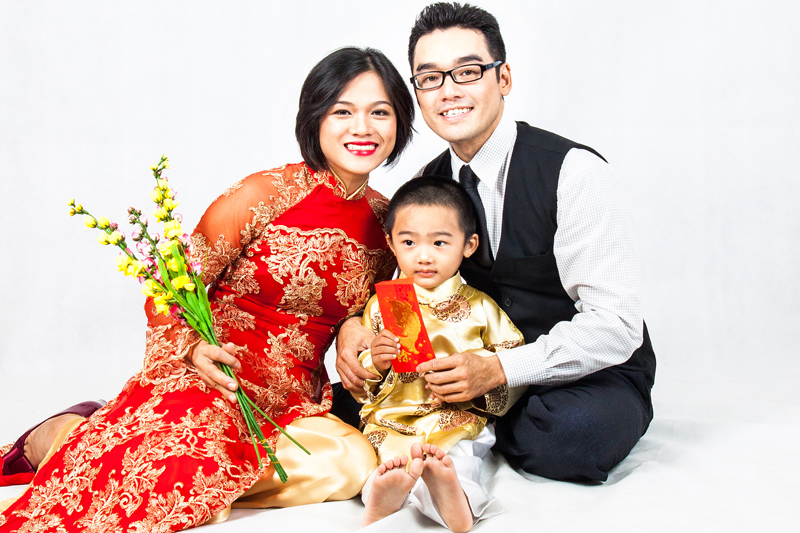 When Vietnamese people talk about Tet, they generally mean Tet Nguyen Dan, which can be interpreted as “Feast of the First Morning” or “The Dawning Period” of a new lunar year. This year, Tet begins on January 31, 2014 (Gregorian calendar).

According to the Chinese Zodiac, which consists of 12 animal signs, 2014 is the Year of the Wood horse. Wood is related to trees and the color green; therefore 2014 is also called the Year of the Green Horse. People born in the Year of the Horse are believed to be hard-working, high-spirited, smart, sophisticated, and talented. It’s also thought that horses do not like to be restrained and tend to be impatient. According to superstition, if you’re born in the Year of the horse, you are most content as a journalist, lawyer, publicist, or within the fields of sport or travel. It is also believed that the horse is most compatible with the dog and the tiger, but least compatible with the monkey and the rat. 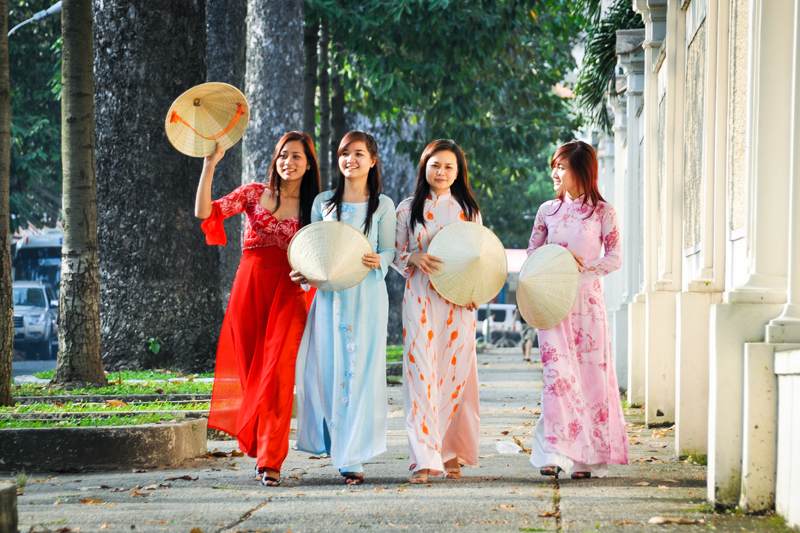 Since Tet occupies an important role in traditional religious beliefs here, the Vietnamese will begin their preparations well in advance of the upcoming Lunar New Year. In an effort to get rid of the bad luck of the past year, people will spend a few days cleaning their homes, polishing every utensil, or will even repaint or redecorate their houses with kumquat trees, branches of peach blossoms, and many other colorful flowers. The ancestral altar is especially taken care of, with careful decoration of five kinds of fruits and votive papers, along with performing many religious rituals. Everybody, especially children, buy new clothes and shoes to wear on the first days of the Lunar New Year. People also try to pay all their pending debts and resolve any conflicts or problems among colleagues, friends, and family. 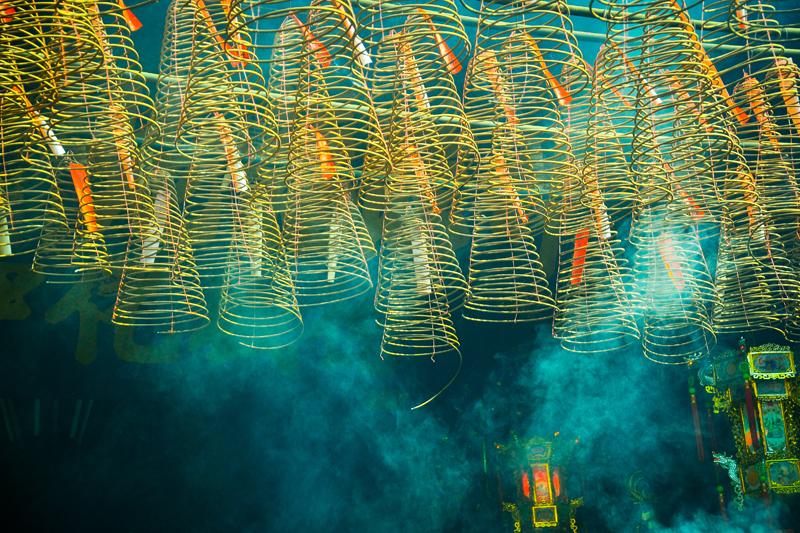 Like other Asian countries, Vietnamese people believe that the colors red and yellow will bring good fortune, which may explain why these colors can be seen everywhere during Tet. People believe that what they do on the dawn of tet will determine their fate for the rest of the year, hence people will always smile and behave as nicely as they can in the hope for a better year. In addition, gifts are exchanged between family members and friends, where usually children receive lucky money kept in a red envelope. 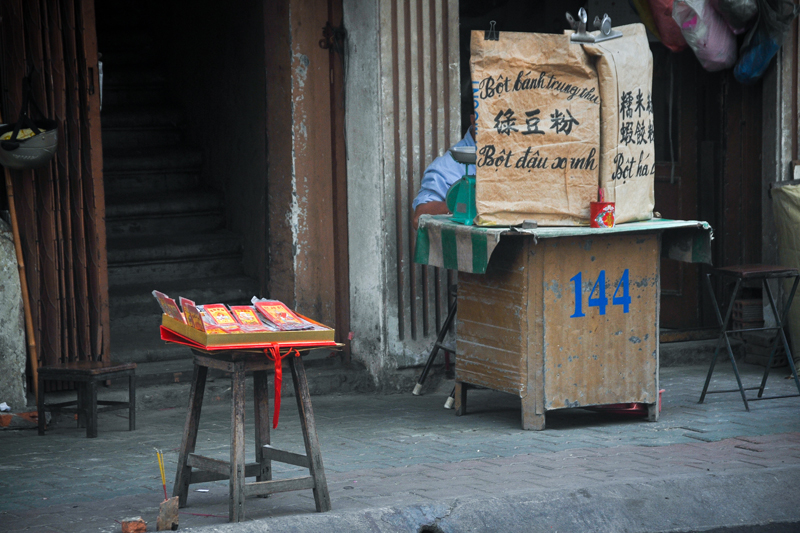 No matter where Tet is celebrated, it must be clarified from the beginning that Tet is not a day, but several days of celebration. The general process is as follows (all dates quoted according to the lunar calendar):

During this time, most families make or buy the traditional banh chung (in the north) or banh Tet (in the south). The main ingredients for these cakes include sticky rice, green bean paste, and pork. Banh chung is shaped like a square box and wrapped in dong leaves, while banh Tet is shaped like a cylinder wrapped in banana leaves.

Most importantly, Tet is an opportunity for people to return home and spend time with their families. seven days prior to Tet, each Vietnamese family offers a farewell ceremony for Ong Tao (the Kitchen God) to go up to heaven Palace. his task is to make an annual report to the Jade Emperor of the family’s affairs throughout the year.

The last day of the old year and the first three days of the Lunar New Year are the most important ones. On Tet Eve, most Vietnamese people have dinner with their family members, and will celebrate with a feast at midnight. They offer prayers to honor and thank the gods of Heaven and Earth for their blessings. During this time, Vietnamese families often offer an open-air ceremony to welcome Ong Tao back from his report to the Jade Emperor. At the altar, they will place a tray of five fruits which represent the five basic elements of Asian mythology: metal, wood, water, fire, and earth. Traditionally, these offerings are for good crops and prosperity.

On Lunar New Year’s Day itself, it is considered important to celebrate, to have smiling faces, and to refrain from scowling, quarreling with, or criticizing anyone. 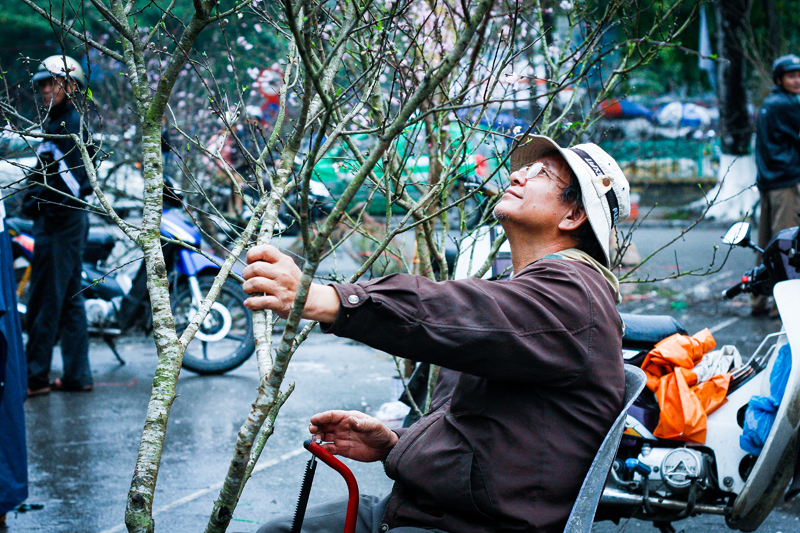 Lucky money should be given during the first few days of Tet, but it’s also possible to give it a little before or after this time. It’s traditional to give new bank notes, which are considered luckier for the recipients.

Being invited to be the first guest of the year is both an honor and a challenging responsibility to anyone. The best time for xong dat is from the midnight of Tet Eve until the morning of the first day of Tet. However, the host and the guest normally come to an agreement in advance about the time deemed most suitable for the host’s zodiac sign.

A successful and humorous gentleman, smiling happily, giving good wishes is believed to bring a lucky new year to every member in the house. Before coming to the host’s home, the guest is expected to spend time visiting pagodas or temples praying for fortune, health and achievement for the upcoming New Year. Afterward, he can bring some buds, tree branches with fruits, or a bottle of wine, which stand for vitality and wealth as gifts for the host. He can also give some lucky money stuffed inside red envelopes to children with wishes for health and wisdom. 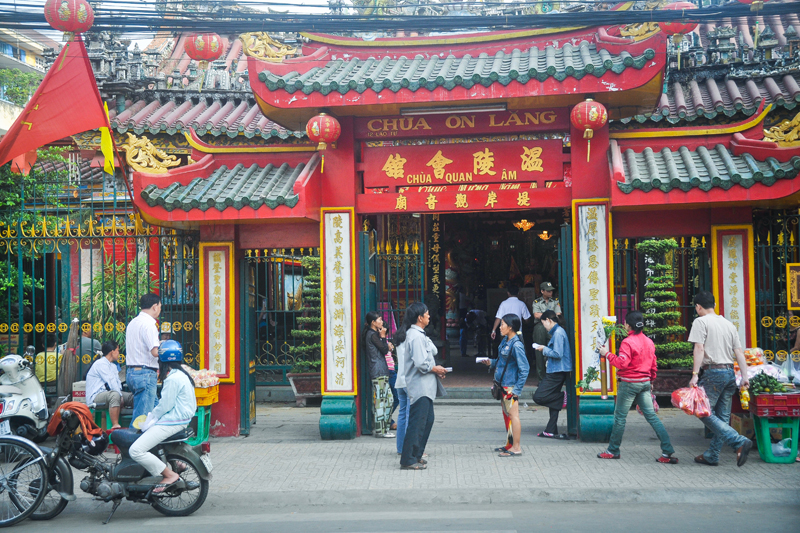 Moreover, the host also needs to wish the guest all the best for the New Year and give him some lucky money in return. In southern Vietnam, the host puts a small bucket of water and a branch of apricot blossoms so that the guest can splash the water and scatter the flowers on the way leading to the house. Water and apricot blossom petals symbolize ‘multiplying luck,’ according to Vietnamese beliefs.

When entering a Vietnamese home for the first time during the year, guests should wear brightly-colored clothes that are appropriate for the occasion, and black and white combined is definitely unacceptable since they are mourning colors. Everyone should avoid getting angry and saying words related to unfortunate topics like death, accidents, failure, or breaking up. Normally, girls and women are not selected to be the first visitors, especially if pregnant or having just given birth. The guest is expected to be a man who has an open personality and achieved much success the previous year.

Unless asked, do not set foot in anybody’s home on the first day of Tet. Most shops, companies, etc. are very serious about picking the most auspicious date and time to start or reopen their businesses.

Be extremely careful when going out. This is the time when many thieves look for opportunities to steal valuables. Double check your doors and windows before leaving your home. Make sure that everything is locked. Put your wallet, hand phone, motorbike/car keys in a safe place. Stay away from crowds because most thieves tend to blend into crowds for an easy chance to pick your pocket. 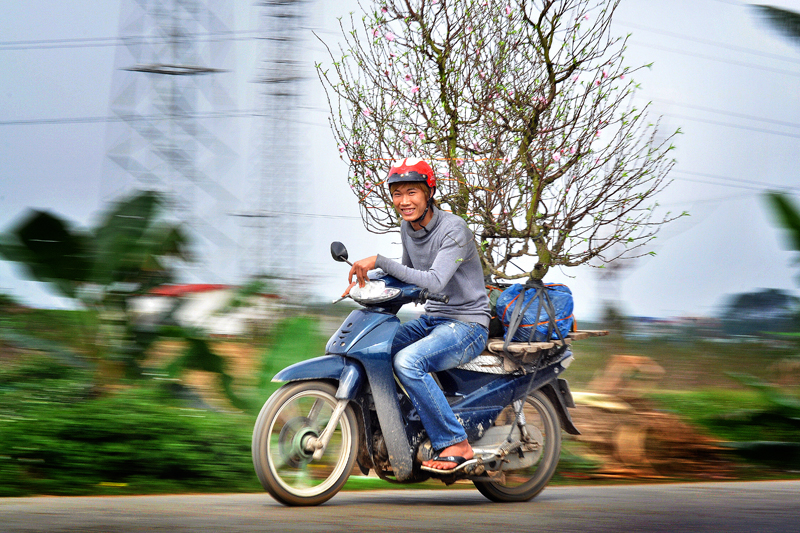 Before Tet begins, you should give them their salary and their bonus (bonus in a red lucky money envelope) and wish them a happy Tet with their families.

2 thoughts on “No Horsing Around”