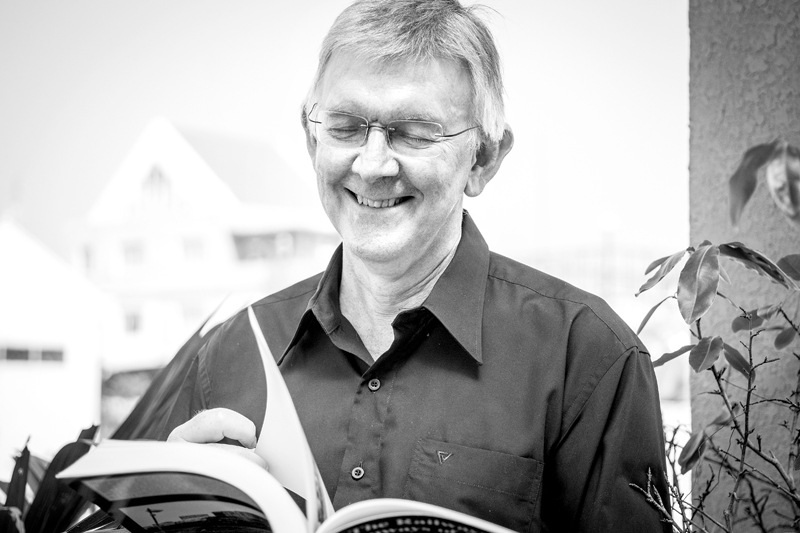 Living in the Past

A 400-page book about the history of Ho Chi Minh City is about to launch. We speak to its author….

A short walk away from my own little corner of suburban Cholon stands a gorgeous old Chinese homestead. It’s not a tourist attraction by any stretch of the imagination, and it’s not easy to find; surrounded by an unkempt garden and fenced off from the main road, there are no signs on the gate and not a clue as to what its significance is, who lived there, or how old it is. If it weren’t for its obvious historical value, it would probably have been bulldozed decades ago in the course of the city’s relentless suburban sprawl – and without proper attention, that may indeed still happen.

So when the chance came to meet historian Tim Doling, author of the forthcoming book Exploring Ho Chi Minh City, I decided to bring up this rather obscure property, hoping to learn just how the average English-speaking person can find out more about little-known local heritage items like this one.

The short answer to that question seems to be, “Ask Tim.” Rather impressively, not only could he remember the exact address based on a vague description of where it is; he could also tell me that as far as he’d managed to discover, it used to be a local administrator’s residence, and that he’d often taken people past it on his weekend tours through historic Chinatown. Tim Doling, it appears, is the man to go to with any questions about the history of this city related to the architectural heritage of old Saigon – or at least, that which still exists to be appreciated and enjoyed today.

While it’s often complained that most of the city’s old grace has vanished in a cloud of construction dust and scooter exhaust, Tim is adamant that there’s still a lot here to be witnessed for those with a discerning eye – although with accelerating municipal development, the longevity of such edifices remains uncertain. “One of the problems with doing research in a city of this kind is that everything’s in a state of flux,” he says. “The book was due to be released months ago, but I’ve had to keep making changes as things get torn down. I haven’t received the second revision back from the publisher’s yet, but already just in the last couple of weeks I’ve seen two more structures mentioned in the book that are now building sites. So that’s another couple of amendments to be made.”

It’s largely the rise of Ho Chi Minh City as an economic powerhouse that has been the driving force behind its reinvention as a modern metropolis, albeit at the cost of its own cultural heritage. This, however, is not something Tim blames on urban planning. “You can’t actually blame anyone for knocking down old buildings if nobody even knows they’re there,” he says. “The real problem is that until now, no one has compiled a register of all the buildings and structures of historical value that are still standing. This is something that local architects have been asking for some time – but unfortunately, you need some serious resources to put a list like that together.”

Unsung Architectural History
While the old administrator’s mansion in Cholon seems safe for the time being, that’s perhaps only because of the fact that it looks like a heritage building. There are a great number of edifices in this city with a far more subtle cultural value (a rare flourish in the eaves, for example, or because of the important historical figures who may once have lived there) and it’s these that are the most at risk of being torn down. In other instances, poor maintenance can necessitate the removal of even the most beautiful structures for reasons of safety. Tim believes that this was the case with the three-arch bridge that used to stand at the end of the old Canal Brodard – once a noted landmark in the area, it was removed in 1990.

One gets the feeling that Tim’s book represents his own efforts towards taking stock of this city’s unsung architectural history. At 400 pages of thoroughly-researched material, the book is possibly the first of its kind written about this town in the English language. Far from being a dry account of old homes and crumbling buildings, however, the narrative is laid out as a set of manageable walking tours that guide curious readers past some of the city’s most fascinating secret places. It largely focuses on the central districts of old Saigon and the Chinese settlements in Cholon, followed by a sizeable section at the end looking farther afield.

Much of Tim’s analysis is primary research. “A lot of the places I mention in the book I discovered while wandering along the back streets, taking note of anything that looked interesting,” he says. “One of the things that helps enormously in doing research here is that in most cases, while the names of the streets have all changed, the original numbering has been preserved. If you want to find out if anything important happened at any particular venue, all you usually need to know is the current house address and the old name of the street. You can then go and look it up to see what that building’s original purpose was.”

Proper research on local history, of course, requires a grounding in Vietnamese and French, both languages in which Tim is proficient enough to hunt extensively through old records. Much of the material he uses is available in the General Science Library’s old books collection, although he’s also devoted time to searching through the Colonial Archives in Aix-en-Provence, as well as browsing the heritage books now available online at gallica.fr.

If Tim has any concerns about the book’s publication at all, it’s that it may well put him out of his tour guide job. “Theoretically, anyone who has a copy of the book can be their own guide,” he says, a fact about which he seems only mildly concerned. “I’m semi-retired now. Originally, the tours were designed as a way to generate a little income. But ultimately, the point is to get the information out there.” Some of the material is already available, in fact, on Tim’s blog at historicvietnam.com, which serves as an appropriate teaser for the book’s content.

While Tim admits that the tours and the book are most likely to appeal to expat residents who want to know more about their adopted hometown, it’s the foreign tourists that seem to be the ultimate target of his historical work. In essence, Tim seems to believe that it’s promoting Saigon’s heritage as a tourist drawcard that stands the greatest chance of seeing administrative measures taken to protect the vestiges of old Saigon.

“It’s usually only when an old building starts receiving interest from tourists that people start to take measures to protect it,” he says. “Right now, visitors don’t usually see Ho Chi Minh City as a cultural center. With a little more emphasis on preserving the past, that may well change.”

Keep an eye out for Exploring Ho Chi Minh City at local bookstores soon. More information about Tim Doling’s heritage tours (VND1 million per person) can be found at www.historicvietnam.com.