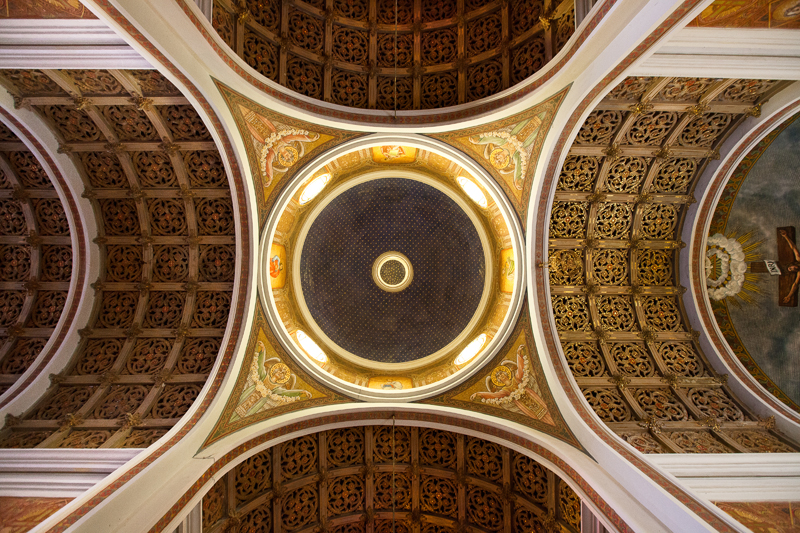 Saving the Soul of Saigon

The ongoing battle to preserve the city’s heritage buildings.

Once referred to as the “Paris of the Orient,” Saigon offers glimpses of the past through its shady, tree-lined avenues and its charming heritage buildings, be they Chinese or French-inspired. A tangible part of what makes the country distinctive, these buildings are part of a cultural heritage just as unique as its sidewalk coffee culture, the art of water puppetry or the haunting melodies of Northern ca tru folk music.

Unfortunately, that history is fast disappearing with every heritage building torn down to make way for commercial spaces, every villa abandoned for lack of resources or interest, every renovation that eats away at the soul of these grand edifices. Saigonese have a saying: Live in District 3, eat in Cho Lon, play in Saigon (District 1). However, these very areas are in danger of losing what makes them so unique. 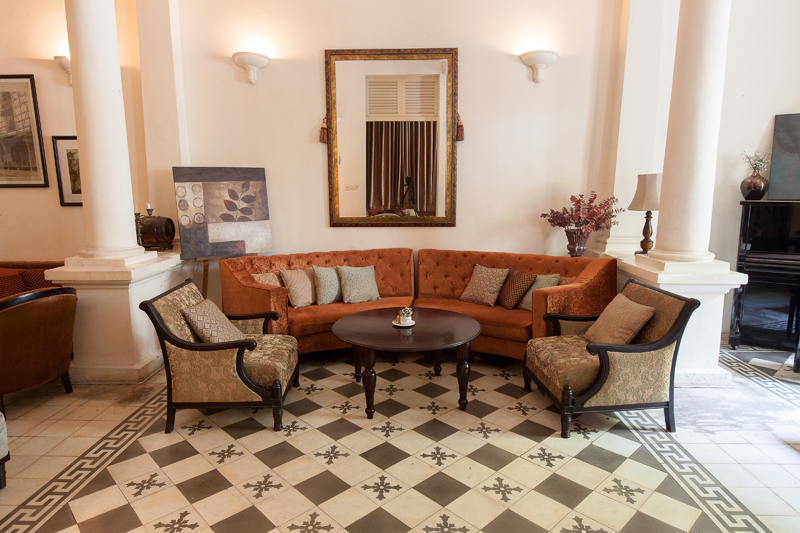 A study conducted between 1993 and 2013 by PADDI, the Ho Chi Minh City Urban Development Management Support Centre, found that of 377 heritage buildings catalogued in Districts 1 and 3, more than 56 percent had been demolished, degraded or significantly altered.

Oi gathered a panel of experts to discuss the challenges, successes and failures of preserving the country’s heritage buildings. 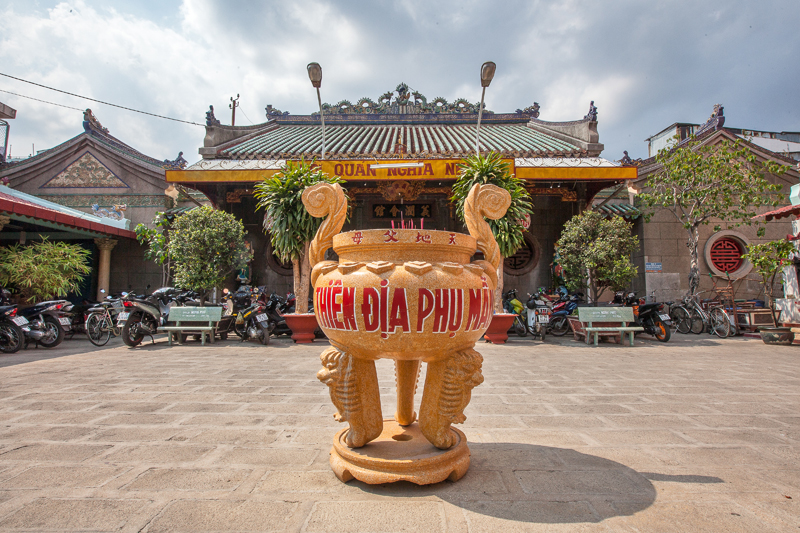 What are some of the challenges in preserving heritage buildings?

TN: The first challenge is to identify and build consensus around what needs to be conserved. Identifying these targets among experts and specialists is fine, but if the public shrugs their shoulders, it will be very hard. Secondly, how much of a building needs to be conserved? It is not necessarily 100 percent. Then there’s the whole issue of resources. The more complicated the conservation work is, the more expertise and research you need and that costs money.

PB: The main challenges are to promote discussions with the residents to know how they live and how they want to adapt their city to modern evolutions. What historians and researchers in social sciences can contribute is to collect materials, pictures, maps, narratives of daily life and so on that can help in the study of urban space which crucial to defining the future orientation of the city.

TK: The redevelopment threat is intense and increasingly challenging. For example, according to a recent inventory, there are 1,586 French villas in the French Colonial Quarter of Hanoi, and most of them are in a state of deterioration due to no maintenance and the fast rising number of inhabitants. Up to about 10 households share the same villa. Additionally, many valuable old buildings have been badly modified in forms of “redevelopment” or “adaptive reuse” in a negative way for commercial purposes. 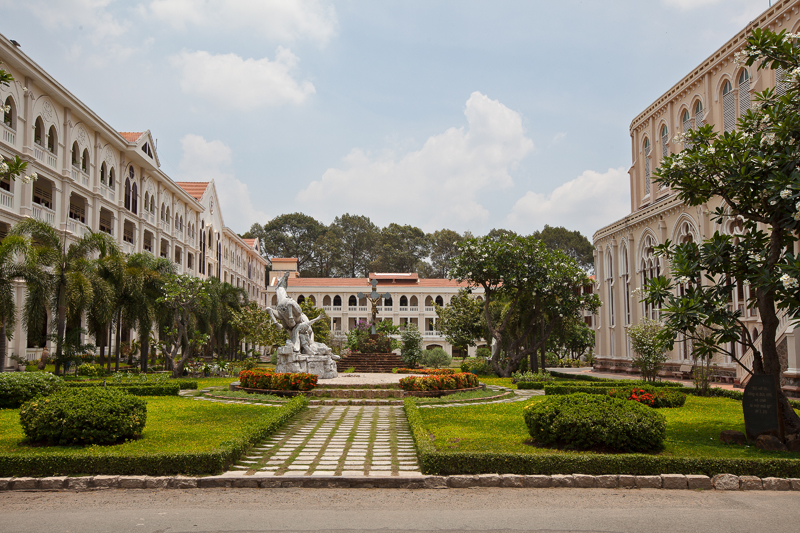 Conservation is sometimes seen as a luxury, often promoted by non-residents who like seeing these old buildings. Whose responsibility is it to preserve heritage buildings ― Vietnamese or foreigners? The government or the people?

PB: This is definitely a shared responsibility: local authorities to attract people, local people to show why they are attached to these specific sites, tourists that must respect the sites and their inhabitants.

TN: It’s true that in times of hardships and deprivation, conservation might appear as a luxury. But once you pass that threshold, time is of the essence. If you wait too long, the things you want to conserve won’t be there anymore. The responsibility belongs to the Vietnamese themselves first and foremost. Expats can only help. If it’s the expats who care ― talk about it, write about it ― but the Vietnamese don’t, then it won’t go anywhere.

The situation of the ancient town of Duong Lam (50 km from Hanoi), designated as a national relic for its centuries-old mud and wood houses, illustrates the challenges of community involvement. A number of residents, unhappy with severe restrictions on construction, recently signed a petition asking the government to revoke their heritage status just months after receiving UNESCO’s Award of Merit for Cultural Heritage Conservation. What successes, though, have you seen in the region?

TN: Duong Lam village illustrates the cost of conserving heritage. The people had to live in small houses; when their children got married and they wanted to rebuild or renovate, the procedures were too complicated. Being designated a heritage site didn’t bring any benefits to the actual people, materially or in spirit. Ticket revenues weren’t filtered down to the people.

On the other hand, Hoi An is a great example of having inclusive participation. City officials had the policy of involving the locals, and the result is now practically the entire town is behind the tourism initiatives. Con Dao, with its French colonial prison and limited tourism, is also a very special product where you have history and natural beauty. It’s an example of combining natural heritage conservation with historical conservation.

CQ: Some of Saigon’s heritage villas belong to organizations with the resources to maintain them like embassies, foreign representative offices, wealthy citizens, etc. But some privately owned villas like Ly Club Saigon have been successful at retaining their character while giving them new life, mixing the classical with the modern but respecting the original architecture. 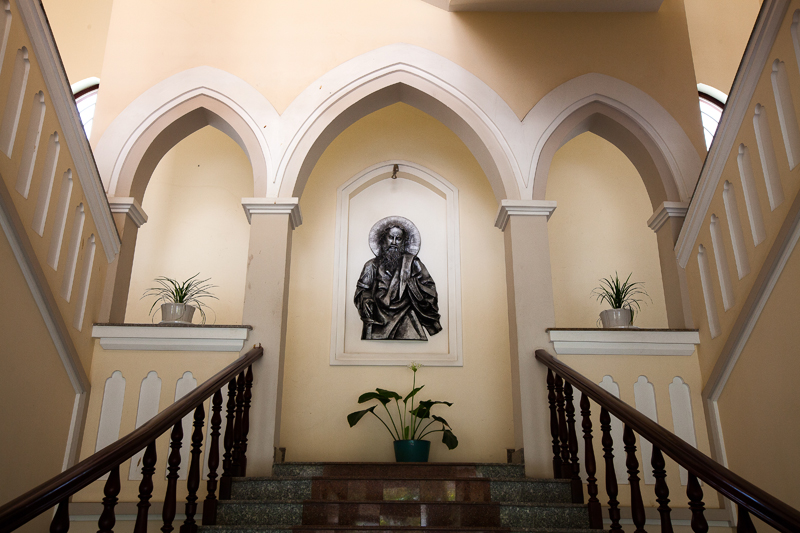 What are other countries doing regarding conservation that Vietnam may be able to learn from?

CQ: France has tightly controlled conservation policies which provide tax breaks [the Malraux Law allows expenses of repair, maintenance and improvement of recognized buildings to be deducted from income for tax purposes] supported by state and local government. France also has a national architecture organization which catalogues, evaluates and monitors restoration works.

TK: In Singapore, tourism was re-introduced during the 1985 recession to revive the economy. With this new conception of conservation empowered by economic pursuit, restoring and re-adapting the old, underused, dilapidated buildings became lucrative investments due to increased land value and proximity to the city center. 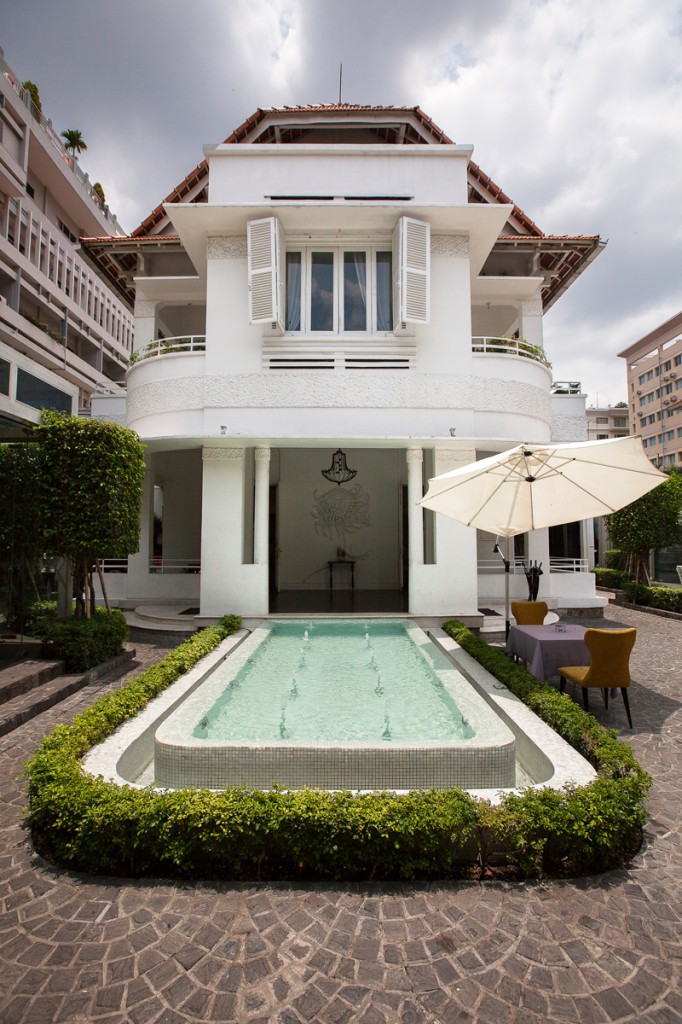 Some have the conception that bao ton (preservation) is synonymous with bao tang (museum), equating conservation with putting something in a box and not doing anything with it. What can be done to educate people and investors on the value of these heritage sites?

TN: Taste is a matter of individual choice. Some may be completely uninterested in the architecture of old buildings. To those, you need to put it as, “This is your past.” You can build the present and future several times over but you cannot build the past over. If you destroy the past, then there are only memories in the heads of certain people who then will die.

There are many places where you can make piles of money. It’s too easy to say, “I’ll do it on Dong Khoi or Nguyen Hue streets.” But it’s all filled now. Stop it! Set your eyes and your sights elsewhere. Don’t tell me the only place where you can make money is that little triangle of land in downtown Saigon. It’s ridiculous.

In the end, if we want to conserve, then we have to be better ― better at economics, better at tourism, better at innovation. I’m not against people making money, but please come up with smarter solutions.

Historian Tim Doling points out that heritage buildings have their own intrinsic value. In addition to being aesthetically pleasing, they each have a story to tell. Preserving them can also make sound economic sense. “By making it a living instead of dead heritage, we can turn it into a valuable tool, first of all for revitalizing neighborhoods. Heritage-led regeneration is a major growth industry. It can increase property values and encourage the growth of heritage tourism. It has been shown repeatedly in other countries that ‘heritage tourists’ stay longer and spend more money than other types of tourists, so by making serious efforts to develop heritage tourism, this city could potentially benefit financially. In addition, people enjoy living and working in them as well as visiting them. They also foster a sense of community; they create a sense of place.”

However, in order for real inroads to be made, the right people need to get involved. At a recent seminar on urban conservation, Nguyen Trong Hoa, President of the Ho Chi Minh City Institute for Development Studies said that “there’s always been a disconnect between the experts and the ones who are actually tasked with implementation. Perhaps we just need to talk louder. We should be making these arguments directly in the office of the city’s officials.”

As far as we the people are concerned, will we be the generation that will save these beautiful reminders of the past? Or the one that will allow them to disappear? 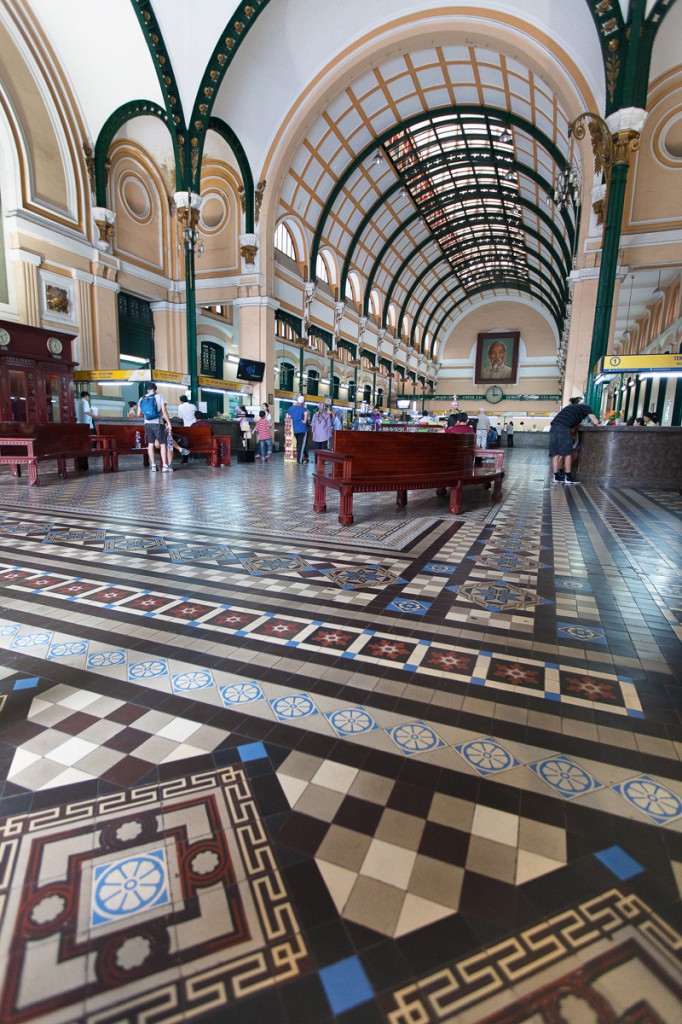 – Hanh Thong Tay Church (53/7 Quang Trung, Go Vap District) is an extraordinary Byzantine-style church, the only one in Vietnam.

– Nghia Nhuan Assembly Hall (27 Phan Van Khoe, D5) was showered with amazing artworks by wealthy businessmen and leaders and remains one of the most underrated temples in the city.

For more on these and other heritage sites, see www.historicvietnam.com.