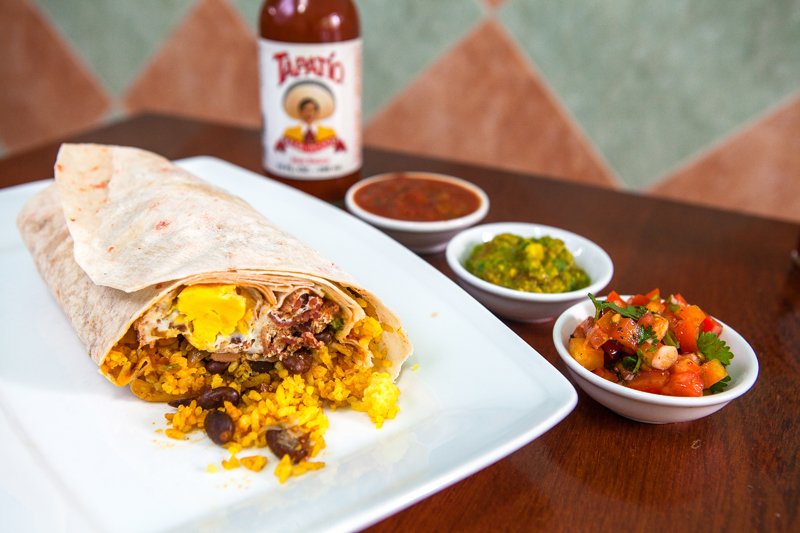 Try to name the top five most popular Mexican dishes and high chances are that the burrito will be among that list, right alongside the taco and nachos. In the US alone, an estimated 386.26 million burritos are eaten every month. At the start of 2014, a new catering company unveiled the world’s first hot burrito vending machine in Los Angeles, California. As a testament to the burrito’s existing popularity, the Burrito Box, so called by its maker, became an overnight smash hit with young LA urbanites and the startup is now selling franchising rights on the concept.

Ironically, little do most people know that this iconic Mexican dish, as well as its breakfast variation, the breakfast burrito, was actually created in the US.

“If you go to Mexico,” says Geoffrey Deetz, head chef and owner of El Gato Negro, a Mexican restaurant in saigon, “You will see that mainly it’s people from the northern province that eat the burrito. It’s not so popular in other parts of Mexico. And their burrito is a different kind than what non-Mexicans are used to. It’s simpler. Just a tortilla with a lot of meat and sauce, and they put it on a dish and eat it like Vietnamese eat rice. The breakfast burrito is actually an American breakfast.”

The actual origin of the modern burrito is a tricky one to pin down, having hailed from the countless no-name sidewalk stalls and mom-and-pop shops that dot the streets of urban America. Many claim to have been the original inventor and the story of how the burrito came about has many variations. However, there is one common theme among those different versions.

“The story is the burrito was made by a Mexican immigrant worker,” explains Geoffrey. “He was making breakfast before work one day. His wife wasn’t there and he got lazy so he just took the tortilla, put everything in, the meat, the rice, the beans, wrapped it up and called it a meal. His fellow co-workers thought it tasted good. Eventually he opened up his own shop selling his version of the burrito and from there it spread.” 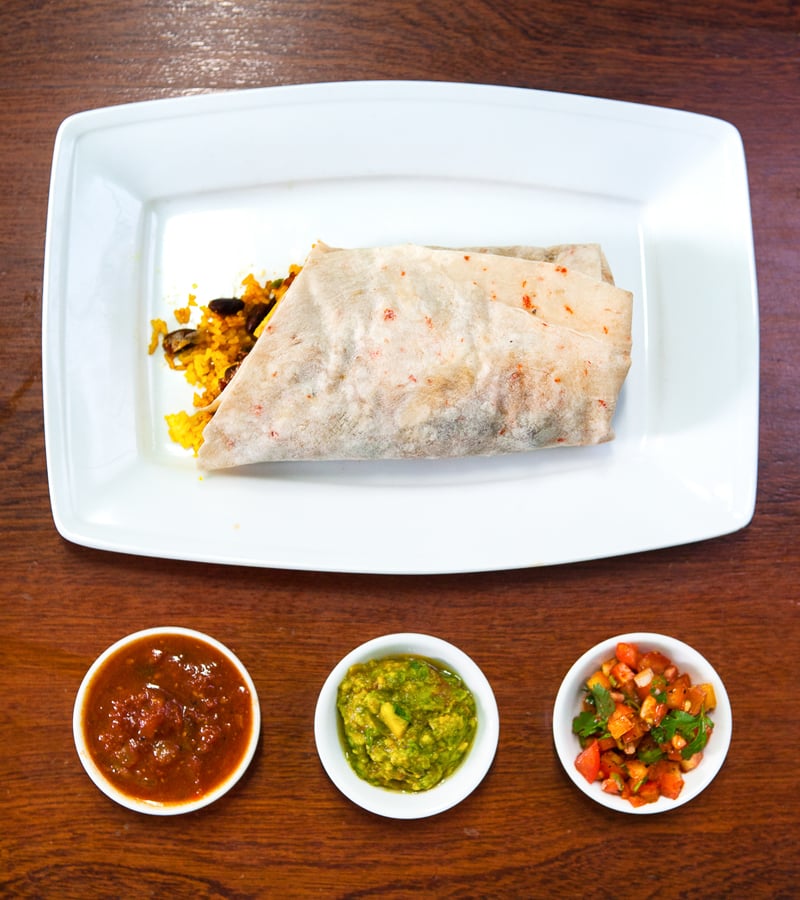 A traditional breakfast burrito (VND150,000), always up for grabs at El Gato Negro, is basically a flour tortilla (another foreign influence as traditional Mexican tortillas are made from corn) wrapped around cooked meat, rice, beans, lettuce, poached eggs and spices. The oblong shaped wrap is then covered in tin foil to preserve the heat and to keep everything nicely packed up. When eaten, the foil is removed bit by bit so that the content won’t spill.

The burrito, at its core, is a peasant food. Its ingredients are cheap and simple and the first wave of customers that catapulted it to international fame is the working class crowd: students and day laborers who didn’t have the time to sit down for breakfast. It’s a non-fussy comfort food that delivers a whole lot of bang, in both quantity and flavors, for your buck. “You can buy one of these for USD2 in America, right off the streets. It’s so big. You pound down on it and you are filled up for the entire day.”

In spanish, “burrito” is slang for “small donkey” and while there are many interpretations for why this name came about, one theory purports that it showcases the burrito’s versatility. Like a donkey that can carry a lot of baggage on its back, the burrito can pack a lot of different foods and flavors inside it, which makes it incredibly easy to transform and adapt to fit any hearty eater.

“I once made a com tam burrito,” says Geoffrey. “Wouldn’t that be a way to start out the day? Com tam and burrito in one go.”