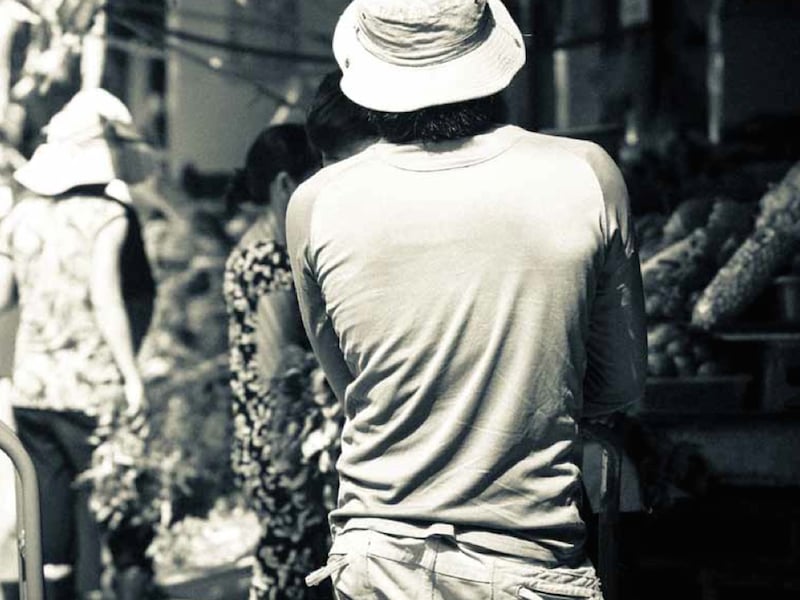 Time to pay up

“My hunting season starts now,” declares Tu Phu. “Nobody likes to hear that but me and maybe my clients.” However, Phu doesn’t go into the woods or forest to hunt because his prey is people. He’s loathed and feared; people hide from him when they know he’s coming. See, Phu isn’t a game hunter; he’s a debt collector. And while the profession may conjure images of loan sharks and gangsters breaking fingers and legs to get people to pay, his job is anything but violent.

An average workday has him in the office at 9am and leaving at 5pm. Phu’s intimidation tactics involve a laptop, a good internet connection, a phone line and a whole lot of documents. His uniform is a pair of trousers, a dress shirt and a tie. He doesn’t own black suits or dark shades and he definitely has no tattoos, though one of his colleagues does have one on her bicep – a pink unicorn with her daughter’s name on it. If that sounds nothing at all like how you imagined a debt collector to be, that’s because Phu is nothing at all like those portrayed in mafia movies. He’s a new breed of debt collectors. He is what they call a “white-collar debt collector”.

Having been on the job 15 years, his clients have included companies such as VinGroup (which owns the Vincom shopping malls and office complexes), international corporations such as HSBC and even some departments of the government. Phu has collected overdue payments from individuals to local and multinational companies and even state- owned corporations and prison houses.

“Think of us as doctors or lawyers,” says Phu. “We are claim specialists whose job revolves around solving particular problems our clients can’t handle either because they have no expertise or no time. We are not outlaws who make our bread by squeezing money from decent folk. The difference between a gangster type repo-man and a white-collar collector is that the white-collar collector does everything by the law and still gets results. That means no threats, no home invasions, no stalking, no illegal possession of weapons.”

Instead of violence, the collector uses his extensive knowledge of the law and a collection of “soft tools” to sway the debtor into paying. “We send emails to ask people to pay… but not in the way that you think,” Phu shares. “Imagine opening your email and finding that you have an inbox of 1,000 plus unread emails overnight, all of them bearing requests for payment. Now imagine those 1,000 unread emails being sent over and over again for days, weeks and months, piling monstrously on top of your normal work correspondence. Imagine having to dig through them all to get to the important ones because normal spam filters are helpless against dedicated software that take just a click of the mouse to activate. That is what we call the email bomb.”

And if the email bomb does not work…

“Then we use the phone bomb,” says Phu. The phone bomb works on the same principle as the email one though on a more public scale. “Most mid-size companies have around five to 10 phones in their office. Imagine having all of these phones ringing, blaring
at top volume, all at once, all day. And when you pick up, it’s the same message every time: ‘You have a debt to settle. When will you do it?’”

While the methods are simple, they’re incredibly effective, he says. “It’s not the pressure that they fear. It’s the shame.” Most people, when faced with the mortification of having their bad financial status exposed in front of their coworkers, friends or family, cave quickly.

Like many businesses, debt collecting has its high and low seasons. The hunting season for white-collar collectors is from November to March. “Christmas, New Year, Tet, Songkran. They last from November to around the end of March. The time before that is when people are least prepared to deal with debt collectors. The Westerners don’t want problems during these holidays, some of which may hold deep meaning to them, and so they cave. The Asians don’t want to bring bad luck to the new year and so they cave. In the end, debts are paid. Our clients are happy. The debtors don’t have to see or hear from us again. And we get a cut of the cash. Everyone wins.” Special occasions such as birthdays, weddings, the birth of a new child and anniversaries are also good times to collect.

Phu rarely uses social sites such as Facebook or Twitter for his personal life. He does not share what he does with most people and he definitely does not give his full name while on the job. Despite the legal status of what he does, in a country where many of his fellow collectors are criminals – and viewed as such – doing any of the above may lead to problems at home. “People typically do not view debt collectors in a positive light and they have their reasons. But bad debt is a fact of life,” he says. “On average, two out of 10 Vietnamese companies carry unhealthy debts. Out of those two, one and a half has a very high chance of going malfoy (slang for a bad-faith debt). These numbers may not mean much to you but in this economy, they can kill. A collector’s job then is very important because we work directly on the problem itself. Think about it like this. You owe somebody money. They have the right to collect what you owe them. That, too, is a fact of life. Nothing wrong there.”

“People typically do not view debt collectors in a positive light and they have their reasons. but bad debt is a fact of life”

2 thoughts on “The White-Collar Debt Collector”