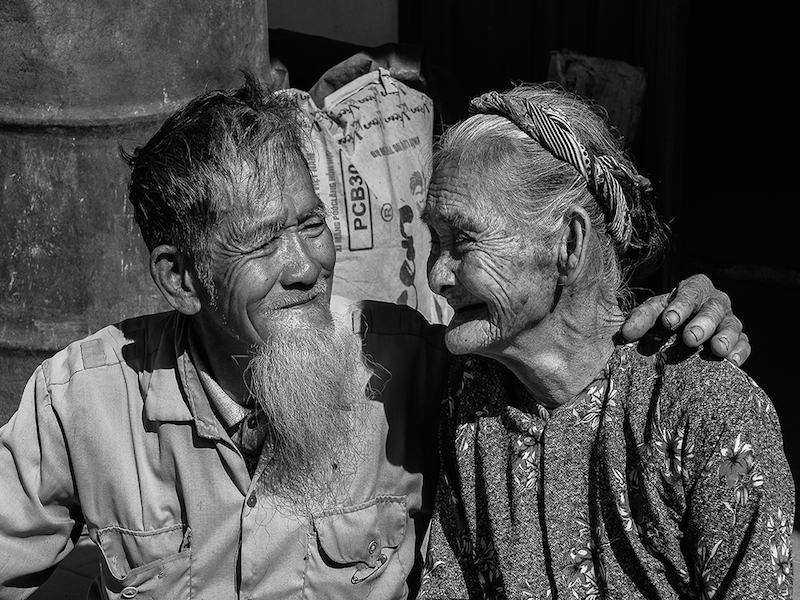 Retiring at 65 from her international tour operator business, Dyanne Kruger sold her belongings, took her pension and moved to Vietnam where she spent her days geocaching and teaching English on the side for extra travel money.

“I absolutely loved the two years that I lived in Vietnam,” she recalls from her new home in Ecuador. “I had nothing but good experiences there.” She found the dental services top notch, “even better than in Seattle,” but ultimately, it was the language barrier that prevented her from settling down permanently here.

“After two years, it was clear that I would never be able to learn Vietnamese well enough to be even halfway proficient. Once you realize that you will be an expat for the remainder of your life, being able to speak the local language is a must. For me, that was a deal breaker.”

For those with good health, age is only a number. For her birthday this year, Dyanne booked herself a trip to Macchu Pichu. She also writes a blog, TravelnLass, aimed at encouraging older ones to get out and see the world.

Whether 17 or 70, one’s own mortality is an unpleasant issue to face. In his bestselling  book, Being Mortal: Medicine and What Matters in the End (Metropolitan Books, 2014), Dr. Atul Gawande beautifully addresses the modern experience of mortality. A practicing surgeon at Brigham and Women’s Hospital (Boston, US), Gawande crisscrosses the country, merging challenging concepts and thorough research with stories of family members, patients and colleagues into an ultimately readable, riveting book about the imbalance brought about by the advances in medicine that allow for a good death countered by its limitations in enabling a good life, especially at the very end.

“Modern scientific capability has profoundly altered the course of human life,” he writes. “People live longer and better than at any other time in history. But scientific advances have turned the processes of aging and dying into medical experiences, matters to be managed by health care professionals. And we in the medical world have proved alarmingly unprepared for it.”

Gawande opens by contrasting the experiences of two family members. His grandfather lived an active life in India until the age of almost 110, cared for in a multigenerational home allowing him to continue about with his daily activities until the very end. While he wasn’t able to do many of the “Independent Activities of Daily Living” ― defined as being able to shop for yourself, manage medications, handle finances, make phone calls, etc. ― no family crisis meeting was required to decide what to do with him.

In contrast, once Gawande’s wife’s grandmother was unable to care for herself, her family put her into a retirement home, a more common solution in the West where the old and frail are often consigned to ‘life alone, isolated in a series of anonymous facilities, their last conscious moments spent with nurses and doctors who barely know their names.’

In Being Mortal, Gawande takes the reader through innovative ways of dealing with the aged, from the stages of needing only a limited amount of help (like the community cooperatives which organize affordable services like plumbing and laundry in an effort to help the elderly stay in their homes) to the final moments when people need to decide how they want their story to end.

While the overall topic is grim (Gawande describes the physical breakdown of our bodies along the lines of hair running out of pigment cells, skin cells bloated with waste, causing age spots and the lenses in our eyes becoming less elastic leading to farsightedness), the book contains many uplifting stories, like the nursing home medical director who decided to put green plants in every room, tear up the lawn and create a vegetable and flower garden, and bring in two dogs, four cats and 100 parakeets.

The result was the residents began to come to life as they joined in the work of taking care of the animals. Prescriptions fell to half the average and deaths fell 15 percent. “I believe that the difference in death rates can be traced to the fundamental human need for a reason to live,” said the medical director.

While innovative places like the Chase Memorial Nursing Home are inspiring, the problem with most nursing homes is that they aren’t truly made for us, with their bleak spaces, tiny rooms shared between strangers and regimented activities, valuing safety and treatment above home and care. 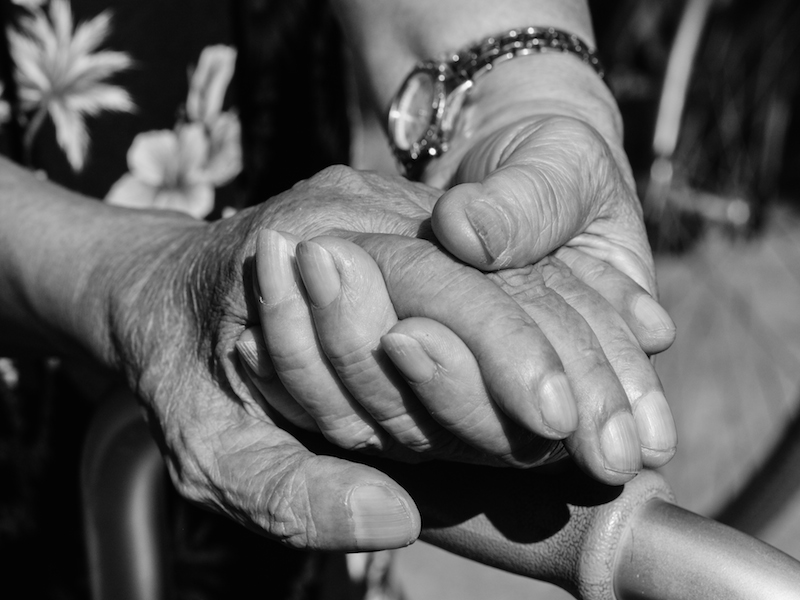 At the age of 80, Thuy found herself in an untenable situation. Never married and with no children, diabetes and high blood pressure along with obesity made living alone no longer an option. Her family found a private nursing home in Phu Dong, 20 km outside of Hanoi, making weekly visits still possible.

Thuy’s new life represented a significant adjustment. She traded in the space of her comfortable home where she kept stacks upon stacks of clipped recipes from newspapers and magazines for a small but airy room with space only for a mini-fridge, a dresser and a microwave. She was able to hire a round-the-clock caretaker to supplement the center’s nursing staff who came in a few times a day to administer medication and give her a bath.

Set in the countryside, the rooms were built around a courtyard where Thuy could be taken in her wheelchair, and a communal dining room provided opportunities to socialize. While she enjoyed singular moments ― visits from overseas relatives or simply a tasty snack brought in by a visitor to contrast the bland meals at the home ― no one ever asked her whether she still enjoyed the things that make life worth living, the “self-actualization” pinnacle of Maslow’s hierarchy of needs, the feeling of self-fulfillment through the pursuit of moral ideals and creativity for their own sake.

Gawande cites studies that find that as people grow older, they focus more on “being” than “doing” and on the presentmore than the future. He theorizes whether this behavior change is forced upon the elderly rather than actually reflecting what theywant. Does the world stop for them simply because  they are old? To what extent is assisted living actually assisting someone with living, instead of becoming a series of tasks geared towards control ― dressing someone like you would a rag doll, relegating someone to a wheelchair because they may fall if they try to walk on their own?

“For more than half a century now, we have treated the trials of sickness, aging, and mortality as medical concerns. It’s been an experiment on social engineering, putting our fates in the hands of people valued more for their technical prowess than for their understanding of human needs,” writes Gawande.

Instead of simply prolonging life, Gawande laments medicine’s failure in addressing the concerns of the seriously ill: avoiding suffering, strengthening relationships with family and friends, being mentally aware, not being a burden on others, and achieving a sense that their life is complete.

After decades of living in the US, Huynh, 74, made a decision to move her 80-year-old husband back to Vietnam when she found it increasingly difficult to look after her husband’s mental and physical maladies on her own.

Researching the bleak state of nursing homes around Saigon, both public and private, and after a particularly shocking stay at a local private hospital for her husband, she decided to create her own version of assisted living. The living room of their rented house has been converted into a bedroom for her husband and two caregivers take turns helping him go for walks, read the paper and perform personal hygiene tasks.

After a recent mini-stroke, she opted to have a doctor come every day for three weeks to administer medication instead of taking him in to the hospital. “We’ve traded in the advanced medical care available in the US for a lower standard of care here, but a better quality of living for my husband and for myself,” she says. 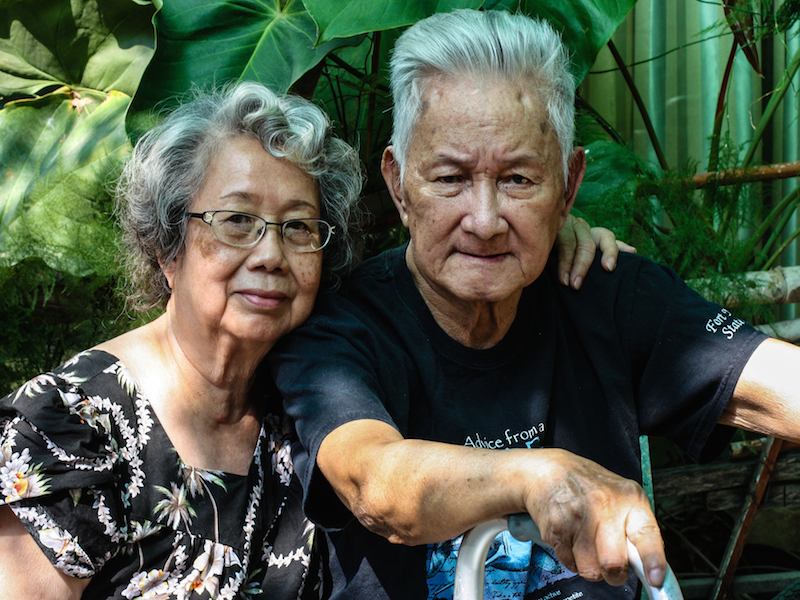 The later chapters of Being Mortal discuss changing attitudes towards palliative care, the act of relieving pain without dealing with the underlying cause. Standard medical care often sacrifices the quality of life now ― through surgery, chemotherapy and intensive care ― in hopes of gaining time later. Hospice care, on the other hand, aims to give people the fullest possible life now.

Instead of discussions focused on facts and options, palliative specialists try to determine how much patients are willing to go through to have a shot at being alive and what level of being alive is tolerable. For one man, it was simply being able to eat chocolate ice cream and watch football on TV. For Gawande’s own father, also a doctor, it was the ability to write emails and to communicate with family while dealing with a spinal tumor.

Our lives are like stories, ones that we judge by the psychological Peak-End Rule, based on what we remember from peaks (both high and low) and the ending, rather than the total sum of every moment of the experience. That’s why an exciting three- hour football game can feel unsatisfying if it ends on a bad few minutes.

“Our ultimate goal, after all, is not a good death but a good life to the very end,” writes Gawande. In an eloquent 282 pages, Gawande acknowledges that the medical profession has been wrong about what their role really is. It’s larger than just ensuring health and survival. It’s one of enabling well-being, not just when debility comes, but all along the way.

“In Situ” is our new feature putting reviews of bestsellers within the context of Vietnam. If you have a book you’d like to see reviewed, email us at: [email protected]