The state of sustainable architecture in Vietnam

When the powerhouse Kjørbo Building opened last year outside of Oslo, Norway, it was quickly lauded as the world’s most environmentally-friendly office building, unbelievably designed to produce more renewable energy than it uses. Over the next 60 years, the world’s first building to be renovated into an energy-positive structure is expected to generate enough energy (thanks in part to the largest rooftop solar photovoltaic system in Norway and the use of geothermal energy for heating) to cover the total amount of energy used to produce the building materials, construction, operation and disposal.

A feat that might seem years away for most countries, can feel almost light years away for a developing country such as Vietnam. Oi speaks to Andrew Currie, Managing Director of OUT-2 Design, on sustainable architecture and environmentally- friendly interior design solutions for Vietnam. 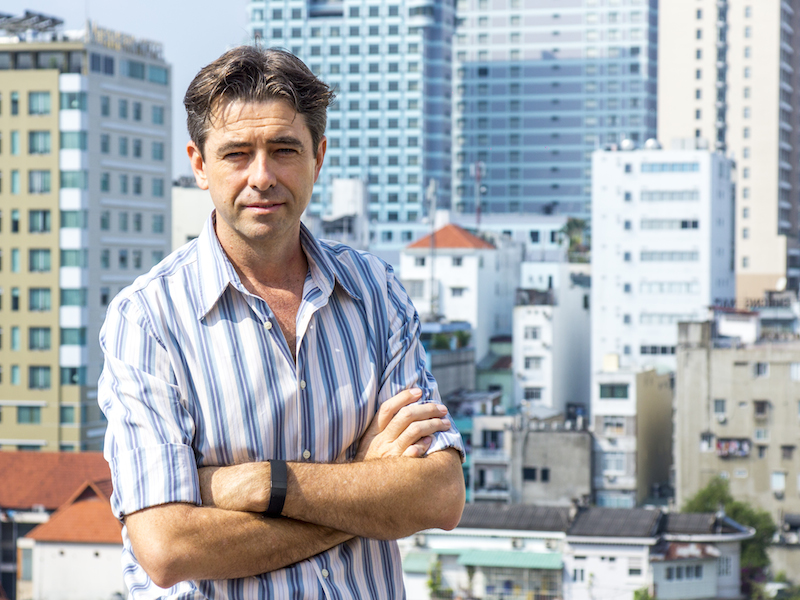 What is sustainable architecture?

For us, it ranges from getting the planning right before construction, so a building can stay there and stay relevant for a very long time, to using non-toxic construction and fit outs. Studies have shown that you can have all the technology you want, but if the bones of the buildings are not good, it won’t be “future-proofed” for the long term, meaning it won’t be fit for changing purposes or be flexible for future use. A few weeks of careful planning in the beginning of a project can have a huge impact on the life and sustainability of a building. Then there’s also a narrower band which is where current trends are, more about bringing greenery into the buildings.

What’s the state of sustainable architecture in Vietnam?

I would say Vietnam is lagging a long way behind [the rest of the world] and one of the main reasons is there is little incentive for people to build green. Right now, it’s purely the developer’s choice. But in many [other] regions, governments legislate building green, so you have to do it. You also have to do it because people who use these buildings want it. We work with a lot of multinational tenants who rent buildings. Given a choice, 90 percent would choose green buildings if they were available, but they just don’t have that choice here. 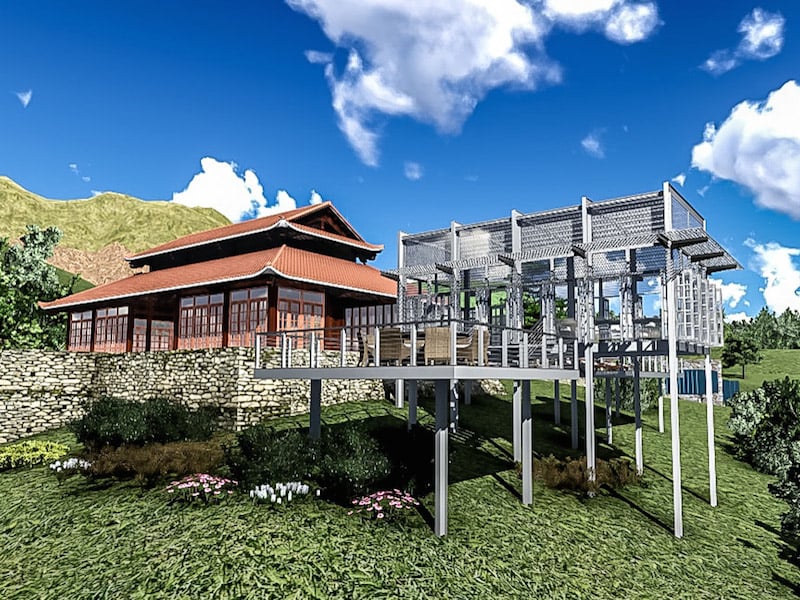 What would it take to build more environmentally friendly structure here?

Other than that, it’s really the developers who have the ability to build better buildings. But that’s probably the biggest gap between the rest of the world and what’s happening here. There’s probably one developer who’s really committed. There are many passive things that don’t cost [a lot of] money, like solar shading, protecting buildings from the sun. Instead, a lot of work goes into trying to mitigate this later, like using metalized heat-reflecting blinds which are really expensive.

To get beyond that, to the next level of sustainability, theoretically doesn’t cost money when the building quality is high. But with the buildings here, that are generally built to a much lower standard, it’ll cost maybe 20-50 percent more. But initial cost aside, that jump immediately gets you ongoing operational savings of 20-30 percent. Most people don’t look at that here at all, and it’s crazy, because from a landlord’s point of view, they charge tenants a service fee of USD6-USD10 per meter, and they get that money regardless of how efficiently the building is used. 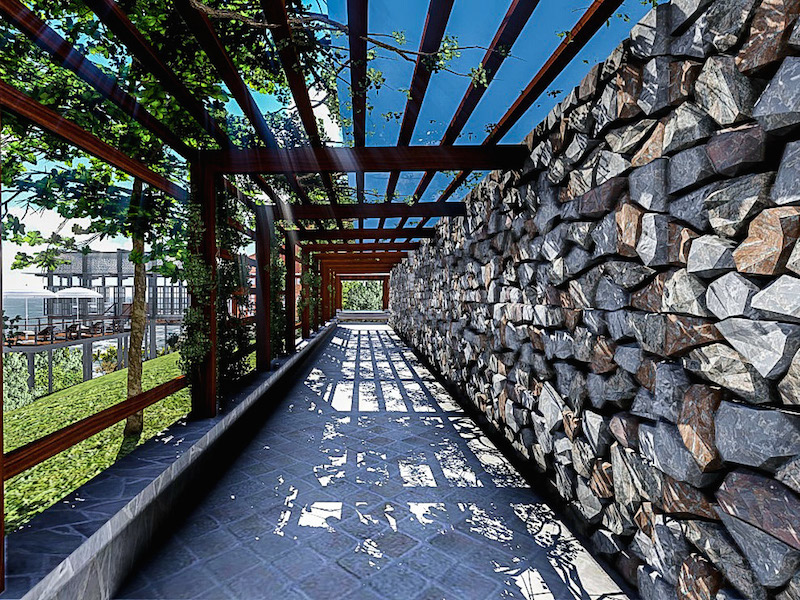 Who do you think should lead the way to constructing greener buildings – government, international companies or local ones?

The real inroads will be made when more Vietnamese companies get behind it. The perfect domain for this are companies who own or build their own buildings like offices, schools and universities. Universities normally lead the way in this because they own their own buildings and benefit more from their operation. They’re also interested in creating a better image for themselves and are seen as serving society. If a university can’t invest in their own buildings, who else can? As far as offices go, the Unilever Homebase building uses all the tools of sustainability: orientation, passive solar shading, it has six atriums to bring light in and follows all the principles of efficient design and energy efficiency. This was possible because it was built for a specific user.

What positives do you see for Vietnam?

Here because of the inefficiency of buildings, it probably takes a lot less time [to recoup sustainable building costs] as opposed to overseas where buildings are much more sophisticated. The technology costs are dropping every year, too. We’re doing a Phu Quoc boutique resort project, and for USD20,000, we can generate all the power it needs, not including air-conditioning, through solar and wind energy. We looked at that four or so years ago, and it would’ve been USD50,000-USD100,000, so the technology has come way down. Those figures put it back on the table.

I was in Sydney recently and saw a 30-story building with vertical gardens. But when you looked closely, a lot of those weren’t growing very well. But in the tropics, it’s so much easier to do. Definitely integrating planting and landscape into buildings is inevitable here given the environment and climate. Vietnam has real opportunities to start integrating urban agriculture into buildings which is a global trend, but a lot harder to do in Europe, from a climatic point of view. If you put a garden on the roof here, it’ll grow.

All it’s going to take here is for somebody to embrace [sustainable architecture] on a reasonable scale and the biggest opportunity is for a local entity, whether it be a developer or end user. Most people are looking at a green agenda to get it into a brochure, green this, eco that, but without understanding what that means, to be sustainable and to do it properly, not just for great marketable imagery. It’s sitting down and talking mechanics. Gardens are just icing on the cake. Unfortunately, half to two- thirds might say: ‘We’ll just put the gardens in and not do the rest.’

The trend would be for buildings to try to be self-sufficient on their own and not rely on external forces. At this stage, there are no government subsidies, nothing local. But the trend overseas is to create better, nicer spaces that people enjoy more. That’s slowly happening here. You’re now seeing a lot of nice, liveable houses being designed by younger, local architects who want quality of life. 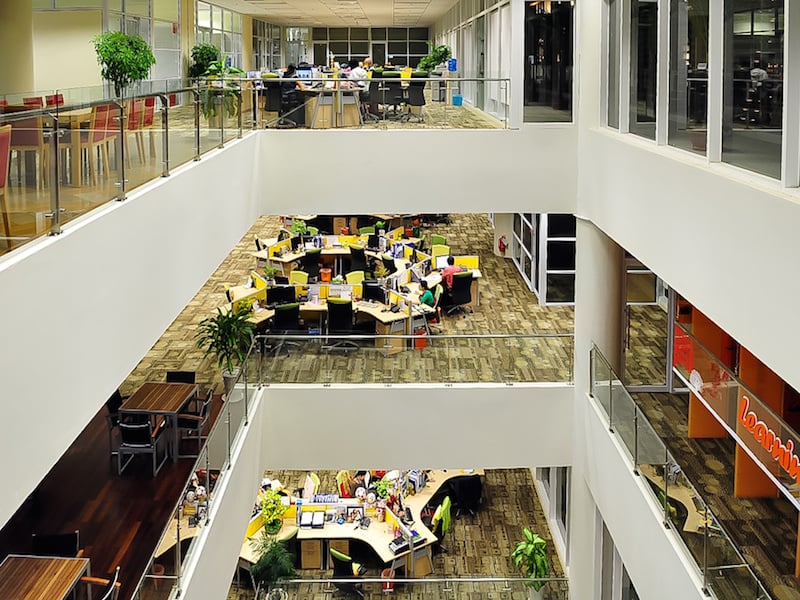 What can individual homeowners do to make their homes more eco-friendly?

For homeowners, the main issue is about efficient use of energy. It’s not very high tech or sexy, but first of all, put in windows that actually seal when closed, but with the ability to ventilate. Leakage is probably the biggest inefficiency. Insulating houses can also cut temperatures by four to six degrees.

The biggest single trend is changing lighting to LED, something everyone can do. A good LED bulb can cost USD30 but it’s lighting you don’t have to change for five years. One of the problems here is longer-term thinking isn’t the norm. Many people say, ‘I’ll buy the USD2 bulb. If it breaks, I can buy 15 of them.’ But people are getting there. It’s just taking a while.