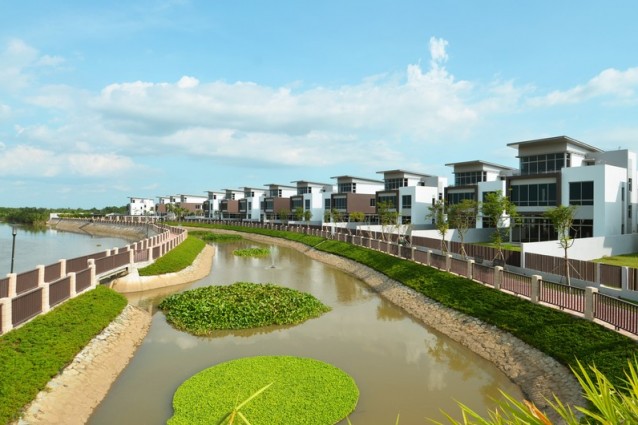 Foreign home ownership has long been a topic of discussion in Vietnam. Since the law change last month however, the Vietnamese real estate market is, for the first time, opening to foreigners. Under the new law, foreigners can now assume full ownership of Vietnamese properties. Among these, luxury properties are garnering some attention. But what defines a luxury property in Vietnam? How much do they cost? How do Vietnamese luxury properties stack up against those in older, more mature markets such as New york, Paris, or Shanghai? And are they viable investment options for those looking for opportunities?

“To answer that first question, right now in Vietnam, there’s no true definition for luxury properties nor are there any standards shared across the entire industry,” says Vo Huynh Tuan Kiet, Senior Manager of residential projects at CBRE, one of the world’s largest commercial real estate firms and a major player in the local luxury real estate industry. “Vietnam is a young market, not older than 30 years, whereas luxury properties are the territory of mature markets. The standards for luxury class properties are still in the making. That is the reason why each company in the market tends to have its own standards and definition as to what amounts to a luxury real estate product.” 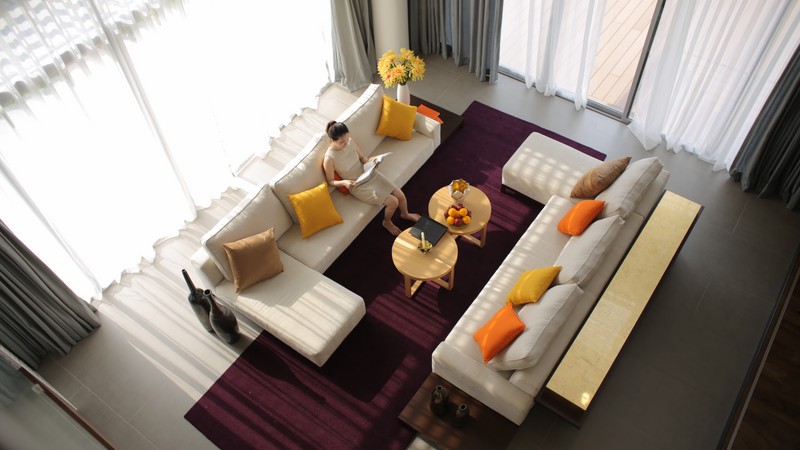 According to Kiet, the clearest defining factor separating a luxury property from a lower level premium property is the price tag. High-end product averages around USD2,000 to USD2,500 per square meter in downtown Saigon. Luxury properties, on the other hand, hover around USD6,000 to USD8,000 per square meter. A typical luxury level apartment or estate will have a price of around USD900,000 to a couple of million dollars with its leasing rate about six to seven percent of its net value.

Outside of price, there are other qualifying features that define luxury. For CBRE, a property must meet their standard in three separate categories before it’s considered luxury. The first two of these are location and convenience. “The location must be unique,” explains Kiet. “If it is Saigon then it must be in the heart of the city, in a superb neighborhood. If it’s in, say, Da Nang or Nha Trang, then it must be on the best beaches open to residential ownership. It must also have all modern conveniences and comfort that includes services, management, amenities and facilities such as private five-star gyms, parking space for cars or even for personal aircrafts.” 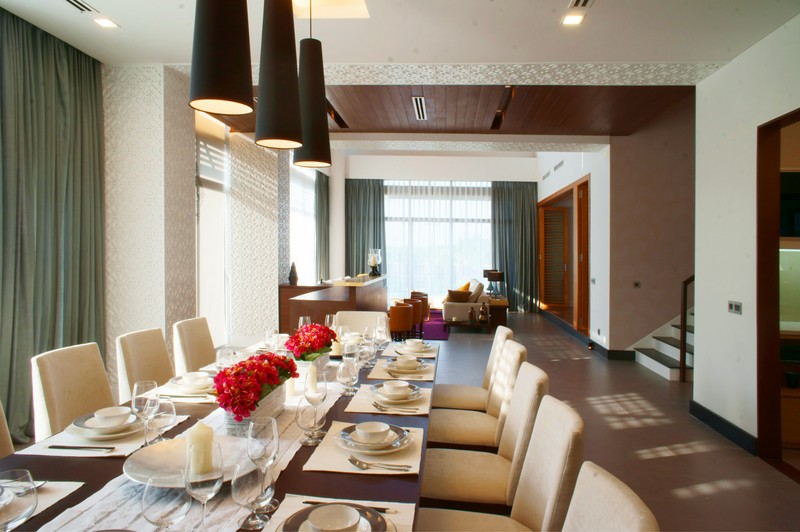 The third feature is both the most important and the one quality that differentiates a luxury property from a merely premium one: iconic status. “It’s about making a statement,” says Kiet. “When someone buys a luxury property, they don’t just want a very nice house or apartment. They want to make a statement. They want to show that they are different. Think of the folks who live in Beverly Hills for example, or the residents in Seoul’s Gangnam District. A house in any of those neighborhoods is more than just a house. It’s a badge of status.”

EXCLUSIVITY
Savills, a UK founded global real estate service, has different standards and qualifications from CBRE. In Vietnam, Savills owns the lion’s share of the luxury vacation home segment in Da Nang and Nha Trang. “The characteristics that define a luxury level property to us are international standards and exclusivity,” says Neil McGregor, Managing Director of Savills Vietnam. “If I were to walk into a Vietnamese luxury estate, I expect that its quality is on par with a similar level luxury property in any other part of the world, be it in Hawaii or Cape Town or Chianti, Italy.”

Savills’s exclusivity is similar to CBRE’s iconic status in that they are both defining features that differentiate a luxury property from a premium one. “It’s about class. It’s about owning something that few other people have. If an item is easily obtained, it doesn’t have a lot of worth. If we bill a villa or a beach estate in a gated community as a luxury property, it cannot be obtained by hundreds or thousands of people. It must be exclusive and available only to a select few: 10, 20 or 30 people.” 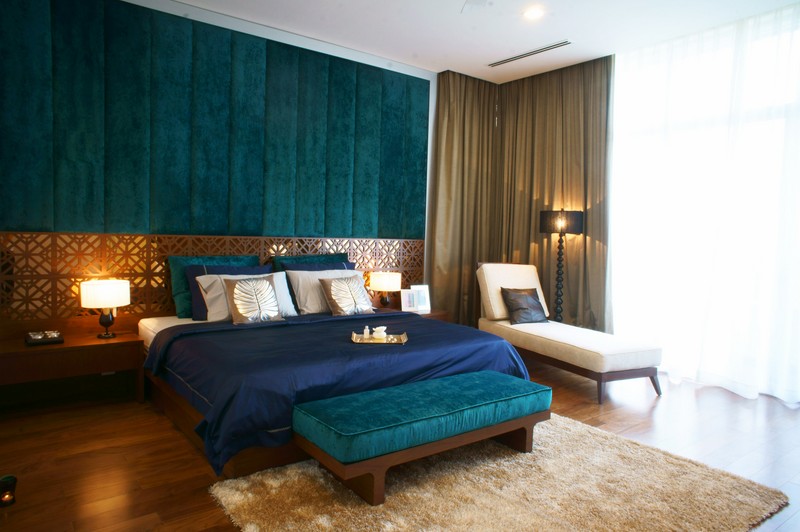 On the topic of how Vietnamese luxury properties stack up against properties in established markets such as New York, Paris or Shanghai, Savills and CBRE hold differing opinions. “There’s no sense in comparing markets with wildly different maturity and tastes. A real estate property is a unique luxury product in that its values change depending on local tastes and limitations. A Hermes bag can be sold as a luxury item in just about every country. But a luxury estate in Paris will have vastly different features from one in Vietnam simply because the tastes of their prospective buyers are not the same. There simply is no comparison,” answers Kiet.

Neil, on the other hand, believes the gap between these markets is small. “We hold our properties on the same quality levels as those of older markets. On the whole however, the Vietnamese properties are much more affordable than even those of the same region. The price of a beach estate in Da Nang, right now, is about a third or a fourth of that of an estate in Hua Hin or Hong Kong.”

Luxury transactions do not take up a large portion of the real estate industry. According to Kiet, only one to two percent of transactions within the industry are on a luxury level. To make up for its small size though, the luxury segment is far more stable than lower level segments, even during times of economic difficulty.

“It is an industry in itself, with its own rules and its own factors that the market from low to high-end do not share,” Neil agrees. “The number of luxury properties is not high,” says Kiet. “But demand is constantly growing as Vietnam attracts more and more high income businessmen and women. Even when the rest of the industry is in a slump, the luxury segment alone keeps on rising.” This makes a luxury property an interesting and viable investment option for those with the means. 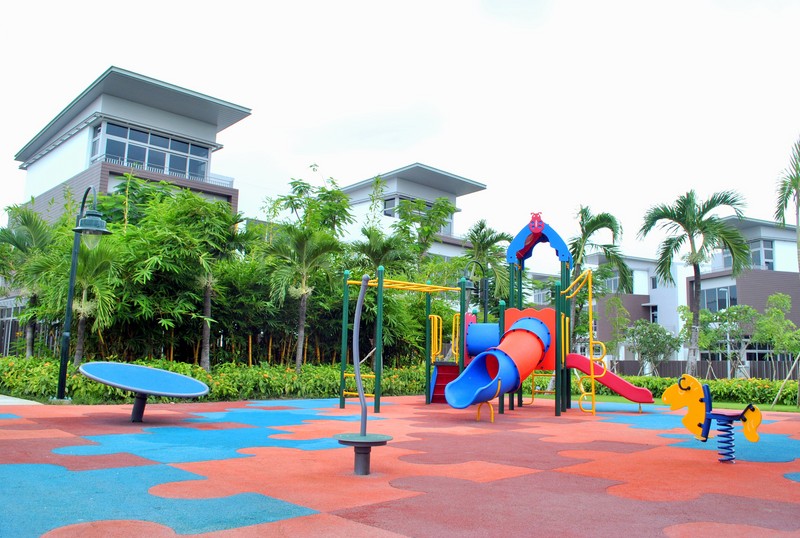 “For cash buyers who can immediately claim ownership of luxury estates, they can expect lease rates of seven to eight percent of the property’s value per year,” says Neil.

As a whole, Hanoian buyers dominate the luxury real estate market. But this is quickly changing according to Neil. “In the last two to three years, we have seen a rising number of transactions from Saigon businessmen and women. And from December of last year, there have been many inquiries from foreign buyers. It is an exciting time in the real estate industry right now.” Neil expects a first wave of expat buyers once the government follows up its July law change with a clear guideline. After that will come the second and third waves of buyers from Singapore and other countries in the region. 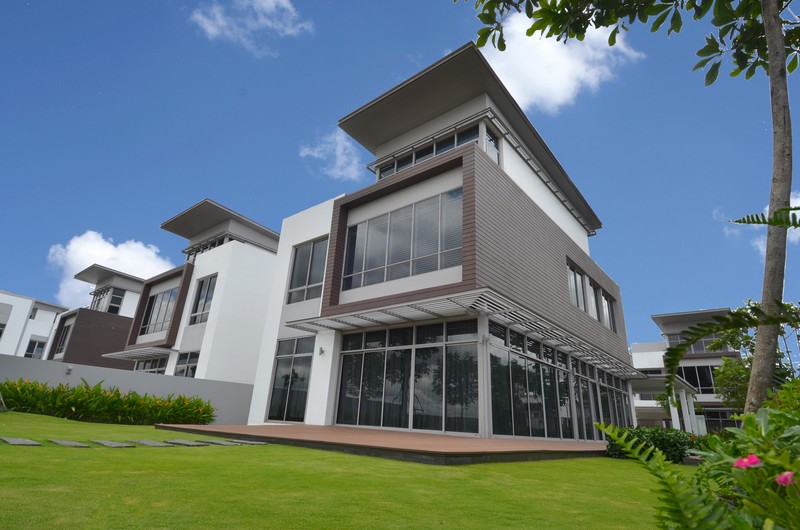