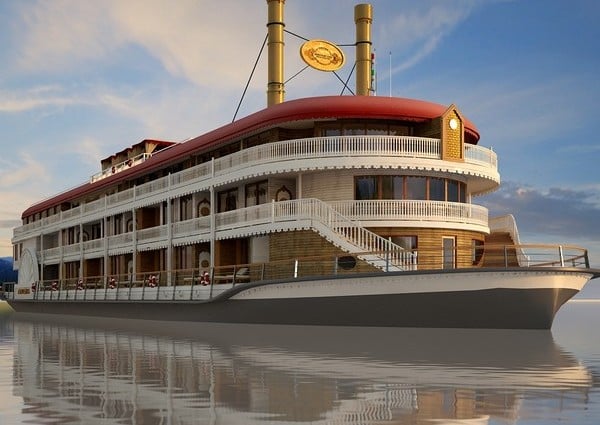 IN AN ERA of supersonic planes, bullet trains and even space tourism, discerning travelers are opting to return to the Golden Age of Travel, going low and slow.

Cruising is the fastest growing segment of the travel industry, with an estimated 21 million passengers testing out their sea legs last year. While the vast majority are traveling on ocean-going cruise ships, river cruising, with its smaller ships and ability to dock right at the cities instead of distant seaports, is increasing at an even faster rate.

“River cruising is one of the best ways to discover a country and its culture,” said Maarten Perdok, Managing Director of the Vietnam-based, luxury river cruise company, Heritage Line Co., Ltd. “you get to see the country from a different angle and go to places other tourists don’t because there are simply no roads going to those places.”

In addition to enjoying the convenience and intimacy of river cruising, Heritage Line guests can also expect onboard levels of luxury more commonly associated with bygone eras. “you’re very close to life on the river which is quite unique,” explains Maarten. “But then you have your floating hotel, luxury that’s always on standby. During the day guests go off on excursions but in no time are back to their cabin, their comfort zone, with a chilled glass of wine waiting for them and an attendant to shine their shoes.” 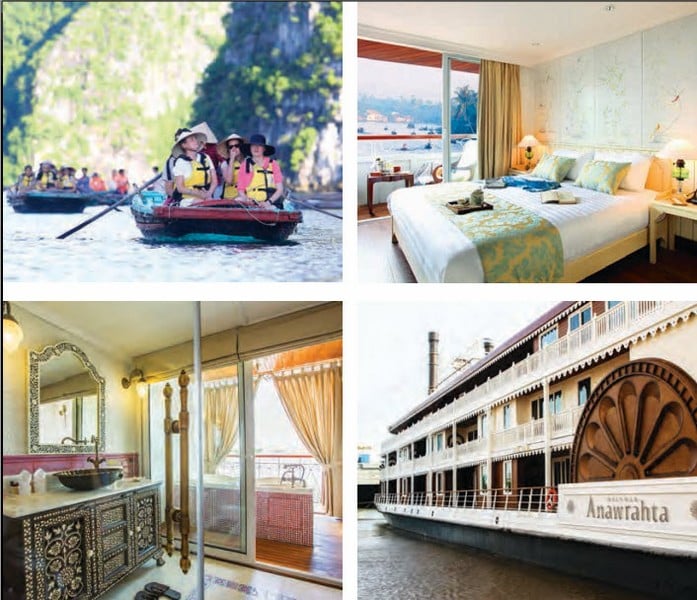 Established in 2009, Heritage Line is a consummate collector of ships and vessels combining Old World elegance with modern comfort. In the Mekong Delta, the Jayavarman and the Jahan are inspired by French colonial cruise liners, and travel the Mekong River between Saigon – Chau Doc – Phnom Penh – Siem Reap. In Halong Bay, Heritage Line operates three traditional wooden junks on one- and two-night itineraries.

The newest river cruiser in the collection is the 23-cabin Anawrahta, named after the 11th century king who founded the Burmese nation. Built entirely in Vietnam, it will ply the Ayeyarwady and Chindwin Rivers in Myanmar beginning mid-September 2015. Named “Destination of the year” by Travel + Leisure magazine, Maarten adds that “Myanmar has a lot of potential because it’s practically untouched by the commercial world. But because infrastructure is lacking, river cruising is one of the best, if not the best way to travel the country.”

The Anawrahta features Kipling’s Bar with high ceilings and large windows, the Mandalay Lounge with polished wood floors and the relaxed feel of a colonial club as well as the Hintha Hall Restaurant where guests dine on white tablecloths with gleaming glassware while watching the scenery roll by through large picture windows. Staterooms range from 32-86 sqm and boast private balconies, fine works of Burmese art and even a private Jacuzzi in the Royal Suites. Guests will enjoy the highest crew-to-passenger ratio (46 crew serving 46 passengers) on the Ayeyarwady, world class cuisine and unique excursions as well as daily onboard lectures and entertainment.

While the gorgeous interior mixes Burmese motifs and British colonial-style décor, the ship itself can rightly be called a work of art, comprised of an aluminum superstructure on top of a steel hull. “Because of the low water levels in Myanmar, we used a lot of lightweight materials for this cruiser which are typically not used,” said Technical Director Stefan Malin. “We took advantage of the experience we had from building two other ships, bringing together the right contractors and the right materials to build a very high-quality vessel.”

“We wanted to reach a low draft of just one meter, so that we could stay ahead of the competition and cruise further out, and stay longer in areas with very low water levels,” added Maarten. “We can go to remote places on the Ayeyarwady where no one else can go, offering guests a very unique experience all year round.”

The Anawrahta will sail on four different itineraries ranging from four to 11 nights, visiting ports including yangon, Bagan, Mandalay and Homalin. The longest itinerary is the 901-mile, 12 day/11 night journey from Mandalay to Homalin on the Chidwin River and ending in Bagan on the Ayeyarwady River, with excursions to textile and silversmithing workshops, temples and convents and teak forests with working elephants, amongst others. 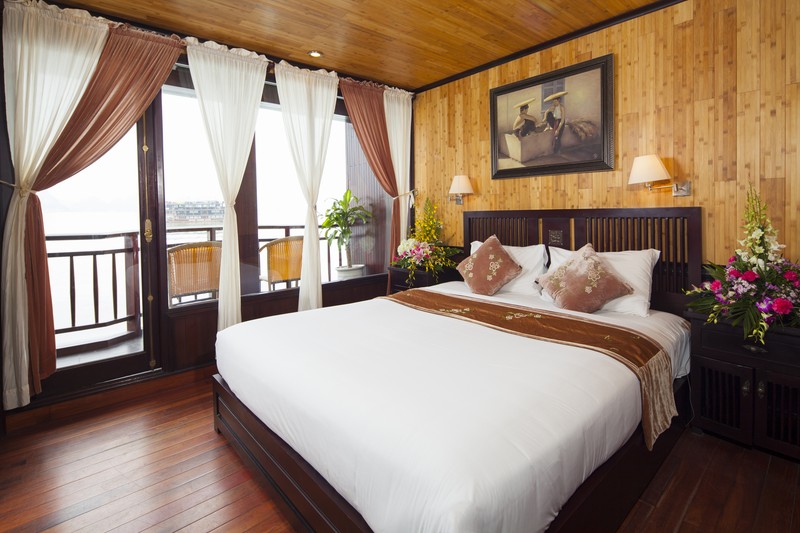 For more on Heritage Line’s exciting itineraries and to see the ships in more detail, visit the Heritage Line website and their Facebook page. Special offer from 20% off for cruising with Heritage Line Halong, Mekong, and Myanmar until the end of 2015.