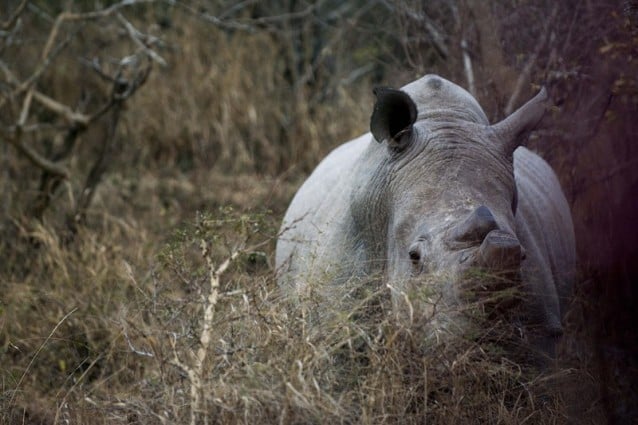 A film contest aims to combat wildlife and rhino poaching

It’s been nearly five years since the last Vietnamese rhinoceros – Rhinoceros sondaicus annamiticus – was found dead with a bullet in its leg and its horn sawn off in Cat Tien National Park. Researchers had only just proven that he was the very last representative of an ancient herd that had once roamed as far as India and central China, making him the rarest of all the world’s large land mammals. While poaching wasn’t the only factor in the Vietnamese rhino’s population decline (European hunting, the spread of human civilization, and the impact of war on the local environment have all contributed to dwindling numbers) it was a painful blow to conservation efforts that the final hours of this millennia-old species were dealt to it by the shotgun and the hacksaw.
Vietnam remains one of the world’s top three consumers of rhino horn products (the other two being China and the US), and demand in all three countries is driven by superstition. Traditional medicines have their place, and many customary folk treatments have proven to be effective; not so the rhino horn, which has been definitively proven to have none of the restorative properties attributed to it by any medical tradition. Rhino horn is boneless – it grows from the hide, not the skull, and it’s a clump of protein that is compositionally equivalent to a fingernail or a common animal hoof. Even so, a kilo of it will fetch USD60,000 on the black market, one and a half times the price of solid gold. That’s an obscene amount of money for what’s essentially a placebo with zero medicinal benefits.
The rhino horn trade has become an increasingly potent political issue in recent years – not only in recognition of the sheer brutality it inflicts on the animals themselves, but also for its close links with other organized international crimes, including drug smuggling and human trafficking. It’s been named one of the central focuses in contemporary Vietnamese/American relations, with the most recent joint initiative being a wide- ranging campaign to educate local citizens in the realities of the industry. 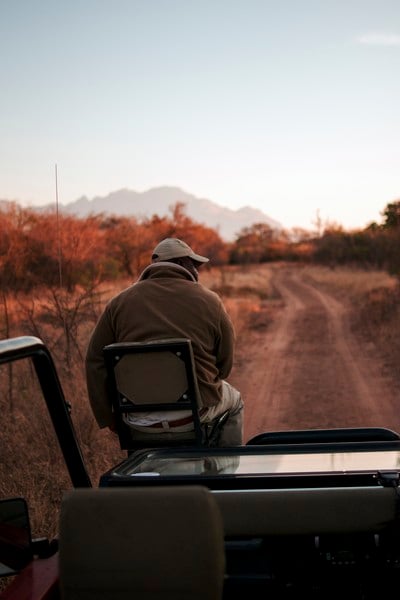 Earlier this year, the US Embassy in Hanoi announced one of its more intriguing strategies in combating demand for rhino horn products called Wildfest – a short film competition spearheaded by some of Vietnam’s most well-respected filmmakers. The concept is simple: to conduct workshops to engage and sensitize filmmakers about issues related to the illegal wildlife trade and rhino horn consumption, and provide essential information and insights to help them develop creative film concepts. At the workshops – which were held in late June – the filmmakers were instructed in key messages that need to be conveyed and how to most effectively reach the relevant target audiences in discussion with wildlife and media experts.
Following on from the June workshops, participants (and members of the general public) are now invited to create short films of less than seven minutes’ duration to convey the organization’s messages. The hope, it would seem, is to provide a ground- roots vehicle for transmitting knowledge to diminish demand for the trade.
Vietnamese-American documentary maker Bao Nguyen, who is serving as one of the competition’s judges and also filming his own contribution to the cause, has seen the effects of the illicit trade first hand. While visiting South Africa for a film festival last year, he decided to take a safari tour to see the local fauna in the wild. 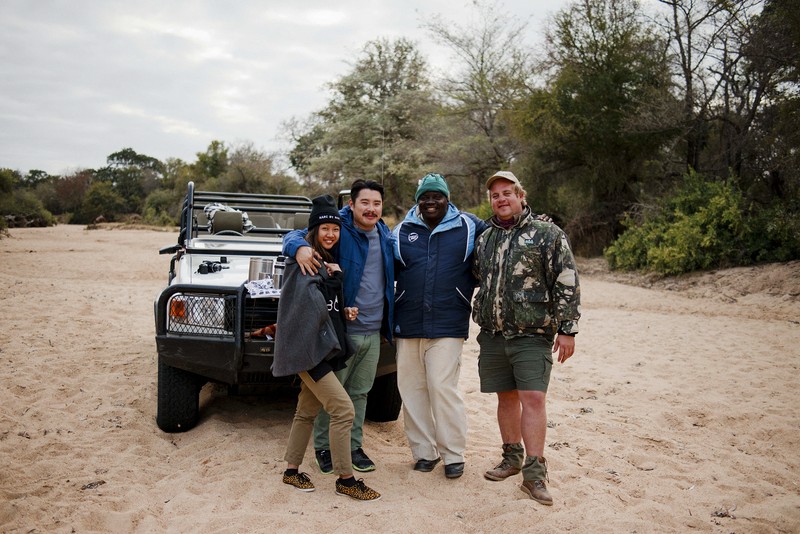 “I knew about the rhino horn trade before I got there,” says Bao, “but there I was, up close and personal with a baby rhino that they’d cut the horns off of. It was done prematurely so that poachers wouldn’t kill the rhino to get the horn. you get the sense of, is this the world that we want to live in, where we have to preemptively brutalize animals so that they’re not killed? All the other animals, they’re in their natural environment; it’s one of the most beautiful experiences that I’ve ever witnessed. But when you see a supposedly wild animal stuck in a kind of purgatory, it’s very sad. That meant a lot to me going there – this was before I even knew that Wildfest was happening. I think it should help me make this film more effective, with a little more heart, because I experienced it personally.”
Principles, But No Rules
The concept of asking young aspiring filmmakers to popularize a social cause is perhaps very much a product of our time, but the idea is not without its critics. External observers may be forgiven for being cynical about such an important issue being handled in such a light-hearted fashion – and it would be a vast stretch of the imagination to imagine that amateur footage distributed on YouTube will be enough to counteract the inertia of centuries-old beliefs.
While Bao acknowledges the difficulties involved, he remains convinced of the competition’s strategy. “I don’t think I would be involved with a project unless I thought it would have some impact,” he says. “For me as a filmmaker, it’s hard to gauge the impact and the metrics of how many people I affect – but if you can teach the younger generation not to purchase rhino horns, or if they spread the word to their parents, I think that’s something important.”

Popular film producer Charlie Nguyen, who is representing Wildfest as an ambassador, echoes this sentiment. “With Wildfest, you’re planting a seed for the future,” he explains. “Whether it’s rhino or anything else, you’re raising awareness, and you’re creating a ripple effect. I’m hoping people will start asking the question, why are they doing this? If people start asking questions, we’re successful. If people are oblivious to it, then it’s a problem.”
Charlie has no qualms about spreading this kind of critical message on entertainment-driven social media networks. “It’s one way to get noticed,” he explains. “To attract the young people. But it’s not just movies. They’re showing clips at the hospitals now to teach people that basically they’re consuming fingernails; it’s nothing potent. Gruesome images. It’s horrible, it’s heartbreaking.”
“For a lot of the older generation, yes, it’s too late,” he admits. “They don’t go on Facebook, they don’t watch these short films, they’re so disconnected from our reach. We just can’t reach out to them. If we’re lucky, then a young family member will go home and say, ‘Hey Pop, what you’re doing is ineffective, and cruel.’”

For Bao, the role of filmmakers in causes like these is to disseminate the core messages of the nonprofits. “For me as a filmmaker, I’m trying to create a story that people can connect to and really empathize with,” he says. “The nonprofits have done their research over the years, and so it’s important for us to integrate what they have to say. People view rhino horn as a status symbol, but some people just don’t know how much impact it has on the environment, and what it’s doing to the rhino population around the world. As a result of that, it could turn into a kind of reverse status symbol where people will be ashamed that they have these rhino horns. I think that’s important, because if you see your neighbor being arrested in the middle of the night for having rhino horn, that’s counter-intuitive to the idea that you have this status symbol.”
Vietnamese indie film making is more of a trend out of Hanoi right now, but Bao sees the independent scene as beginning to find its voice here, as well as throughout the country. The Wildfest workshop held in Ho Chi Minh City on June 26 was packed with young filmmakers.
“I think people should choose whatever tools they have,” he advises. “It doesn’t matter whether you shoot with a phone or an iMax camera; if you have a good story, then that’s all that matters. I think that Vietnam is the perfect place to fight against that tradition, because Vietnamese people are so resourceful in every way that it’s like a brave new world. Especially in Vietnam with film making, there should be no limit, there are no rules. There are principles, but definitely no rules.”
The submission period for the WildFest film contest runs until August 31, and submissions will be judged by the strength of the ideas and creative concepts, production execution, effective message integration regarding the consumption of illegal wildlife products, and relevance to target audience groups. Based on these criteria, the panel of judges will select the most compelling films to be part of the official selection to compete for three awards – the grand prize, the special jury prize, and the press & critics’ choice. The award-winning films will premiere at WildFest on November 1, 2015 at the Imperial Citadel in Hanoi.
WildFest is part of Operation Game Change (OGC), a joint alliance between the United States and Vietnam, which aims to have broad appeal and influence public debate around illegal wildlife issues in Vietnam, especially to stop rhino horn trafficking.
For more details, please visit Wildfest and Facebook.