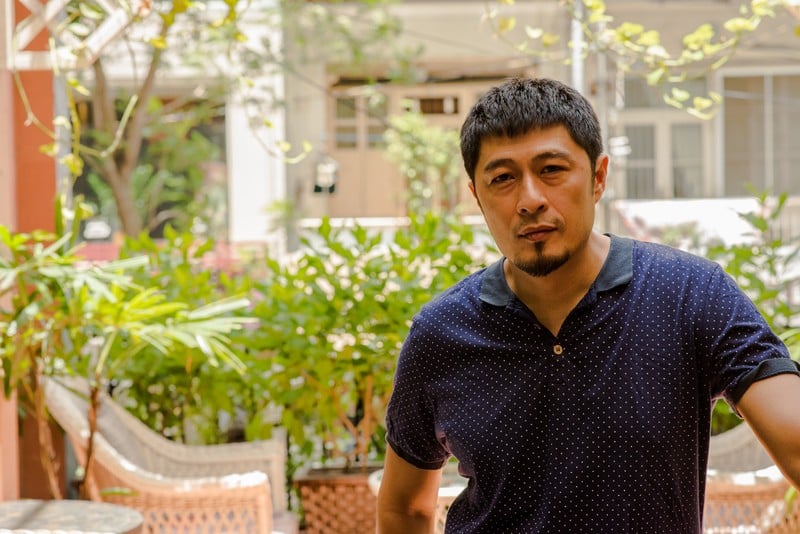 Vietnamese cinema enthusiasts will be pleased to learn that Charlie Nguyen, the filmmaker who should really be credited with kicking off the contemporary commercial movie industry in Vietnam, is not actually about to pack his bags and leave the country for good. He may have been conspicuously involved in a number of international projects of late (including the much-anticipated Crouching Tiger, Hidden Dragon 2) but despite the allure of prestigious work overseas, Charlie Nguyen remains as committed as ever to Vietnam.

Observers who’ve followed Charlie’s bittersweet ride here over the past several years should probably give him a point or two for sheer tenacity. Two years have passed since his much-publicized failure to get Bui Doi Cho Lon – popularly expected to be his action masterpiece – past the national censors, even after a string of box-office successes had enthralled the Vietnamese public for bringing the graces of Hollywood to an emerging cinematic tradition. In the space of less than a decade, Charlie has been both the darling and the scourge of the local media for doing pretty much the same thing all along – making relatively successful movies that Vietnamese people have been paying to see. 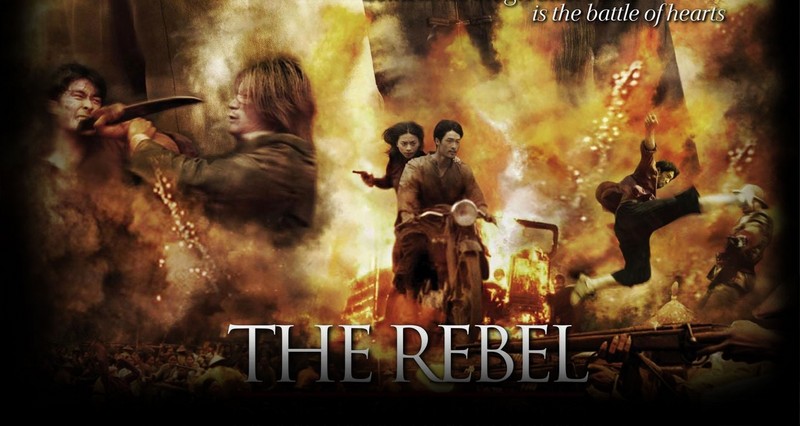 While Charlie wasn’t the first of the troupe of Vietnamese-American arthouse filmmakers to return to the country to make a picture, it was really his 2007 martial arts flick The Rebel (Dong Mau Anh Hung) that validated the potential of Vietnamese films produced for a general popcorn audience. Strictly monitored by cultural officers throughout filming, the movie was tough to produce but extremely well-received – with sell-out audiences at every screening. Despite this, it’s only several years after its release that the USD1.6m investment is coming close to paying off.

“There weren’t enough theaters,” Charlie explains. “You’d show it for two or three months to a packed audience every night, but it was just two hundred people, and the ticket was two or three dollars, so you’re getting nothing back. After the split 50/50 with the theaters, and after all the expenses of marketing and PR, even though each theatre is packed you still don’t make any money.” 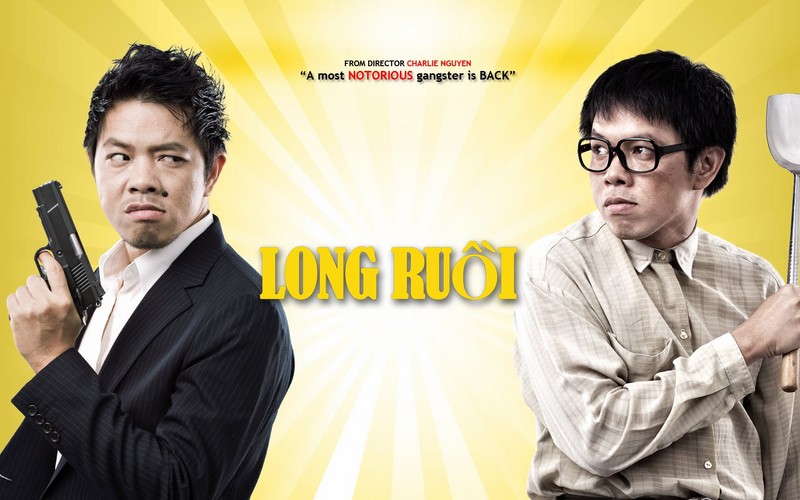 It was only after The Rebel had been picked up in 88 territories worldwide that the film began to show financial promise, but by this stage Charlie was already proving a commercial success here with his following films – Fool For Love (De Mai Tinh) and Big Boss (Long Ruoi) – which drew enthusiastic praise and impassioned criticism respectively from the media, despite both doing extraordinarily well at the box office.

With a background as a college indie filmmaker, Charlie’s successes with filming comedy movies were perhaps unexpected – but they were enough to get the attention of Korea’s film conglomerate CGV, who got in touch with a proposal to collaborate on productions of a larger scale.

“He said, ‘The reason we’re here is because Vietnam is 15 years behind Korea right now,’” Charlie explains.“They could only sell 30,000 tickets when they first started out. Everyone was watching Hollywood films. They had to reorganize the whole industry. After that, they built it up again, and they said, ‘Our dream is ten million admissions.’ Then they hit ten million, and now that number is even higher.” 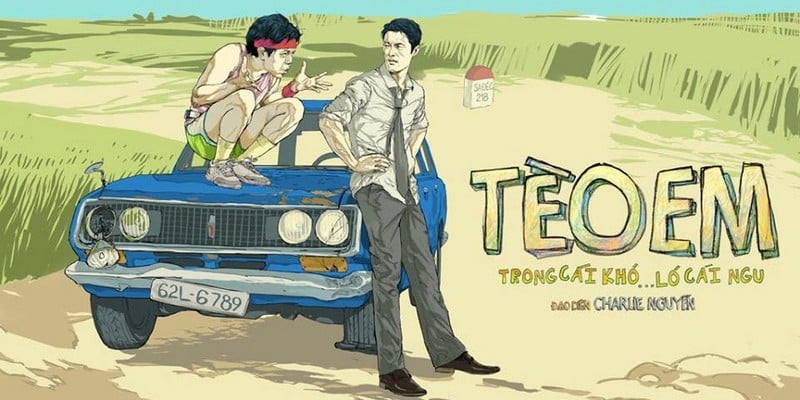 “So we got all excited,” Charlie remembers, “and were saying yeah! We want a million admissions! I asked him, how long do you think it’ll take us to sell a million tickets? He said, ‘I’m gonna say three years.’ About 14 months later, we did Little Teo, and we did over a million. So, it was only 14 months.”

At that point, however, CGV made a second, rather more worrying prediction – that the local industry was poised to collapse.

“They said, it will happen, just like Korea,” says Charlie. “It happens to every young film market. When you sell a million tickets, everybody wants to make a movie, mostly business people. They’re not like us, where you’re dreamers, you’re passionate. We made movies when we were kids. These people see a business opportunity, they look in and go woah! They just made over five million dollars! But their budget was only USD600,000! Oh my God! We gotta make some movies!”

“So therefore, the collapse,” he says. “The reason is that the audience will turn away. Because a movie has to be art first and money is the reward. It cannot be money first. It’s an artistic medium, so you have to be an artist to make it. The audience will make a choice, and their choice is always with the film made by a good filmmaker.” 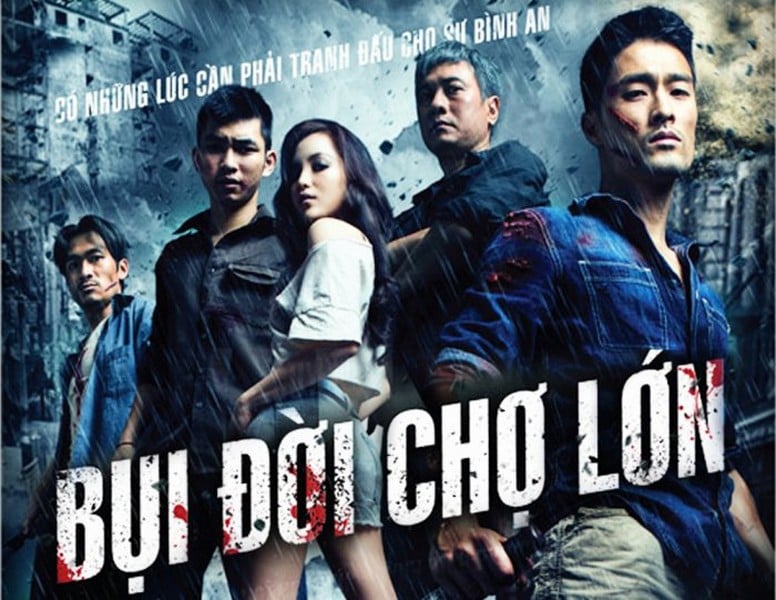 On the Cutting Room Floor

Despite a general wariness towards the changing industry, nothing could have prepared Charlie and his production team for the stonewalling of Cho Lon. A raw gangster film set in suburban Chinatown, the original version was considered too violent by the national censors – who wanted the graphic fighting scenes substantially cut. They also asked that new scenes be filmed to demonstrate a police presence in the region, believing that a pure focus on gangsters would misrepresent and disrespect the real Cho Lon serving as the film’s location.

“It’s always been the case that I’m very protective of the material,” says Charlie. “So when I cut, I cut very little. So I showed it again, and they said, ‘No, there’s still this, this, this.’ We cut more, and they still said no. So the producer kicked me out of the editing room. He said, ‘We’re bringing our guys in to do the cuts.’ And they cut away everything. They cut away all of the action. It’s an action movie. The movie just jumped, it made no sense. We said, ‘What the hell are you doing?’ They said, you know what, we’re going to get this movie screened. If it’s ten minutes, we’re going to screen it ten minutes. So they cut everything away. There was 60 minutes left of a two hour movie. We turned it in – still no.”

Finally, the board of censors decided that no amount of reworking would salvage the material and decided to ban the film outright. While the decision bitterly disappointed Charlie, he remains philosophical.

“In retrospect, we were too outspoken, we were being too American,” he admits. “You have to have a relationship, and I do have a good relationship with all of them, the whole board. Recently I had lunch with one of the board of censors at a film seminar. She said ‘yeah, you guys come from the States, you have to change your way of thinking. Because Vietnam is not like the US. You should know that by now, you’ve made seven or eight movies already. We’re willing to accommodate you guys, we’re willing to open up a little – but you guys need to close down a little bit too, so we meet somewhere in the middle.’

” When Bui Doi Cho Lon was leaked online shortly after the ban, Charlie’s production team were among those most bewildered – despite popular theories suspecting Charlie himself of having anonymously uploaded the file in a move of defiance.

“We don’t know who leaked Cho Lon,” insists Charlie. “If we’d leaked that movie, we would be arrested. Right away. Within an hour of posting it. That’s what we know.”

More importantly, Charlie claims, he wasn’t actually in possession of a copy of the film. “There was one copy,” he says. “I don’t have any copies. It’s very important that we have just one copy for censorship. When we finish editing, the computer is not online, it’s always offline. Then the producer puts a watermark on the copy when they give it to Galaxy, the distribution company. We’re the production company, we don’t handle that, we just make the movie.”

“There’s no reason to make two copies with two watermarks,” he explains, “because then we would never be able to track it. Galaxy took that copy to Hanoi. It was hand-carried – fly out, hand it in. They watch it, give it back, and Galaxy brings it back. Keeps it with them. They have to protect the movie, because this is their business. Their logo goes right before ours.”

After reporting that the leak had been traced to an IP based in the US, the censorship board eventually announced that the perpetrator who had illegally uploaded the banned movie had been apprehended. While no further information has been given, Charlie has emerged from the experience having learnt much about pursuing his work in Vietnam.

“You self-censor,” Charlie concludes. “There’s a good side to that. You challenge yourself to work within that boundary and still tell a good story, and still be able to develop a character that the audience will like and relate to. Because of that challenge, you can find stimulation. You can be inspired by the challenge. I guess if you’re too pissed off, then you can never work. If you’re too talented, you’re too Westernized, then you can’t work. But if you’re not that stubborn, you can still try to find a way to navigate it and go along with the current. That’s what it is.”

“I’ve been evading things a little bit,” he says of the lengthy periods he’s recently spent overseas. “But now I’m looking into producing so that I can help younger filmmakers. It’ll be a while before they can make a movie – but you gotta start somewhere. Now I’m looking at the young kids, I see they have passion, they have love, they have fire. I want to inspire them and keep them on the right track.”