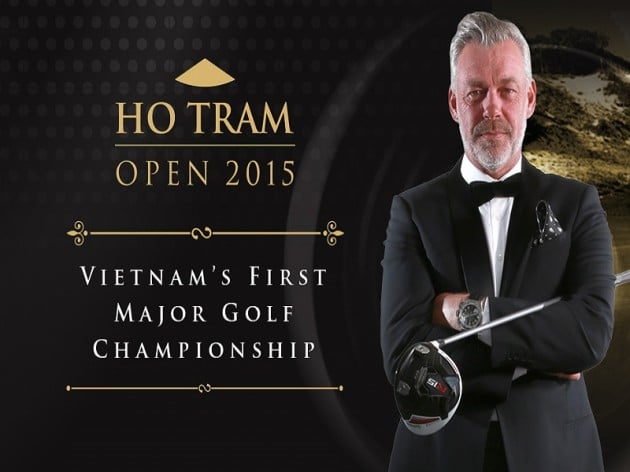 The Ministry of Culture, Sports and Tourism today announced support for the Ho Tram Open and outlined the clear benefits for Vietnam

“To host an event of this stature requires not only the vision and insight to create it, but the willingness to invest,” commented Mr. Hoang Tuan Anh, Minister of Culture, Sports & Tourism. “The Ho Tram Open will act as a powerful shop-window into Vietnam’s burgeoning status as a global tourism hub, positioning Ho Tram in the minds of not only golfers, but holiday-makers around the globe.”

The Ho Tram Open will be broadcast live on VTV and K+ domestically and distributed to over 650 million homes worldwide, providing an unprecedented platform for promoting the Ho Tram Open and the destination.

“This international-scale sport event will fuel tourism and economic returns into Vietnam and see our nation grow in popularity and appeal. I trust that The Ho Tram Open will serve as an important promotional activity to stimulate tourism in Vietnam as well as offering an appealing sport event which offers both domestic and foreign businesses a chance to invest, and cooperate toward the promotion of the stable growth of Vietnam’s tourism industry,” stated the Minister. “I wish all of the golfers joining the Ho Tram Open the best of luck in the competition and all the best for Ho Tram Open”

“Vietnam has so much to offer visitors from around the world, whether it is the searing vistas of the mountainous highlands to the 2000 kilometer long coastline that we at Ho Tram call home, and the Open in December will provide an amazing showcase of this amazing land to a global audience,” said Colin Pine, General Director of the Ho Tram Project Company.

“After all is said and done, the Ho Tram Open is a destination marketing initiative that will promote the Bà Rịa–Vũng Tàu province, Ho Tram and Vietnam,” continued Mr Pine. “The commitment from the onset was to create an event that elicited a positive reaction from audiences, both domestically and internationally. With the combination of our resort amenities, their impactful aesthetics, the best players in the world and powerful live broadcast, we have all the elements to make the Ho Tram Open a huge success and one of Vietnam’s must attend events.”

The Ho Tram Open has received unanimous support from Vietnam’s business community, who have supported the event proposition, with many committing to select high profile sponsorship packages.

“We have experienced unprecedented levels of interest and commercial support for the Ho Tram Open,” commented Ben Styles, Vice-President Golf & Residential for the Ho Tram Strip. “What is clear is the appetite from the local market and the desire to unlock the benefits of reaching such a vast audience and entertain clients at a unique event. We have a mantra of Asia’s Grandest Stage and we will be putting on a show to remember.”

For more information about the Ho Tram Open including player bios and sponsorship options, visit www.hotramopen.com and follow @HoTramOpen.