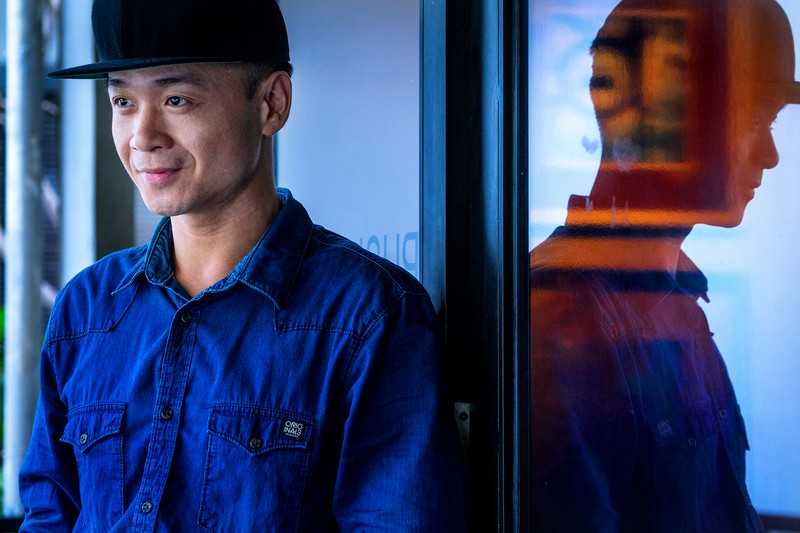 Meet Ha Okio, the first Vietnamese singer to make the first rounds for a Grammy Award

Ha Okio walks in, sits down, and politely takes control of the situation. He moves with purpose, like a man with a list of things to do and a plane to catch. He settles in and, unusual for someone in the entertainment industry, takes off his sunglasses so we can have eye contact. When the photographer points out he is sitting in bad light, he — again unusual for someone in the entertainment industry – says, clearly but politely, that he prefers to stay where he is but will be happy to switch after the conversation. His drink comes, but it’s not quite right and he explains, clearly and politely, to the waitress what is missing, and it comes back fine. And with that, he focuses intently on the interview. The rest of the room fades to black.

The point of all this is that within the first four minutes of meeting him, you can already see his confidence and why he has achieved what he has. And why you can believe him when he tells you that when he performed in front of an audience of 50,000 it felt “natural, because I knew I would get there once I started.” This could sound cocky coming from someone with less conviction. From 34-year-old Ha Okio, it just sounds honest. Same with when you ask where he learned to play his musical instruments and he says, “YouTube.” Or when he tells you he started with rap because he “didn’t know then how really to sing, and rap and hip hop aren’t about singing or about melodies, they’re about beats.” This is not only a frank and honest description of his early abilities; it is a frank and honest description of a multi- million dollar music industry. For someone who knew where he was going, the one surprising thing is he can’t recall who exactly started him on that path. Yes, his father bought him Abba and the Bee Gees tapes which he enjoyed, but not to the point that his life’s mission was decided. And maybe it started in high school when he was asked to sing at a school party and a friend decided to tell a producer about him. But to hear him tell it, “It started with a producer calling and asking if I would be willing to be featured with some other singers. At the time, I had no intention of actually being in music, no desire to make it a business. But the call came and I said yes.”

Rap and hip-hop were just getting big here in Vietnam with people his age. Ha Okio would write hip-hop on guitar, but always try to make his songs more melodic. The goal was to write lyrics that could be rapped or sung – and not limited to one category or the other. He was just starting to make his mark, but already he was showing signs of an independent spirit.

“Yes, I had ambition, but not to achieve something at all costs and to lose myself in the process. I wanted to do it clean: to rely on my own feelings, my own talent and training and without obligations to others that could lead to compromise. Because the product is only one part of life, and it is not worth it if it sacrifices your character. So I dug in and I struggled, but I was always happy to be doing what I wanted to do.” 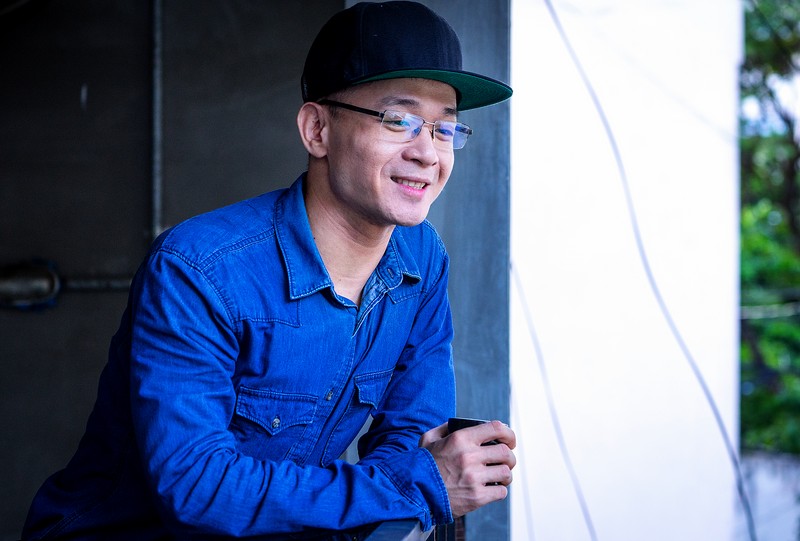 For those doubting the power of positive thinking, Ha Okio serves as strong example of how it can help you along. His words are full of references to believing in oneself, and the strength of the mind. Most musicians and singers will quote you song lyrics from their idols; Ha Okio peppers the conversation with quotes from Henry Ford (“Whether you think you can, or you think you can’t — you are right.”), from the Laws of Attraction (“You can do anything if you put your mind to it.”) and other, broader mantras: “Thought is energy, and energy attracts similar energy.” This rock-solid belief in oneself is hard to argue against, especially when it is complemented by his gratitude for his parents and their role in his career.

“My father was less afraid of my career choice than my mother, but they both wanted me to be happy. When they saw me, early on, struggling to learn the guitar, maybe they were concerned, but they also saw me enjoying it and that was what was important to them. I admire them greatly because they came to Ho Chi Minh City with nothing, and they worked hard to make something out of nothing, and to then give me the support for this career instead of pushing something more secure or traditional is a gift I will always love them for.”

Adding: “My father’s father excelled at languages and my family has always loved poetry and the written word, so perhaps that is one reason why my father could be so supportive: maybe he could sense that I also had the passion for putting emotions into words and the words into songs.”

You can see the influence of his father on more than his music. “After my father died, I took a look at my lifestyle and saw where I could change. I wanted to develop what I refer to as soft-skills: cultivating emotional, spiritual and mental well-being. Focusing on living well.”

These soft skills have been recognized by international organizations like PETA and 350.org, and have likely found their way into one of his top songs, Noi Ai (This Place). “I wrote that song as if I were playing the role of someone living overseas trying to remember and recreate the feeling of that one special place everyone has. It’s the idea of ‘home’ but also home in the heart. No matter where you are or how far you go, there is a place you can get back to where you love and are loved. It’s a universal idea: one day you will come back.”

“In my industry, and every industry really, you can really see a growing mental disease of people wanting to make money just to make money. They want to make money too fast, just to watch the numbers climb. They believe it can change everything. My wish instead would be for people to spend time with themselves really thinking about what it is they need to do to find happiness. I am trying to put this into music, but I do not want to teach – and people do not want to be taught, either.”

Lately, it’s not the lyrics that are the challenge. It’s the music. Ha Okio’s turned to Soul, Rhythm and Blues, Motown – music that is not so popular in Vietnam today. When he goes into the studio to cut a song, it can end up being an education. “These musicians — Chuck Berry, B.B. King, Nina Simone — they touch my heart. And their sound was amazing! They were the true Kings and Queens of Soul, and they made such deep sounds without all the technology we have today. But when I get to the recording studio and I try and communicate the Motown sound, or the soulfulness of the Blues, sometimes it can be a real process.”

For his audience as well. “I find my audience is often divided. Some expect a certain performance: these songs, these dances… it’s a very rigid expectation. Others are willing to let me explore my artistry and enjoy what I can bring to the table. It’s very important to me to be genuine, to be natural. I cannot imagine being in this profession if I have to pretend every night. I would not do it. It has to be real, and I hope the feedback from the audience will be real, will be genuine, too.”

So it is not about filling 50,000-seat venues, or being nominated for Grammys. “Look, I am grateful for both. And I was surprised, but not exactly surprised because each was a destination along the long path I had put myself on. Don’t get me wrong – I am fully aware I have had my miracles and I feel blessed to get there. But each one was not the goal, it was an extension of the process, the support, the work, the heart.”