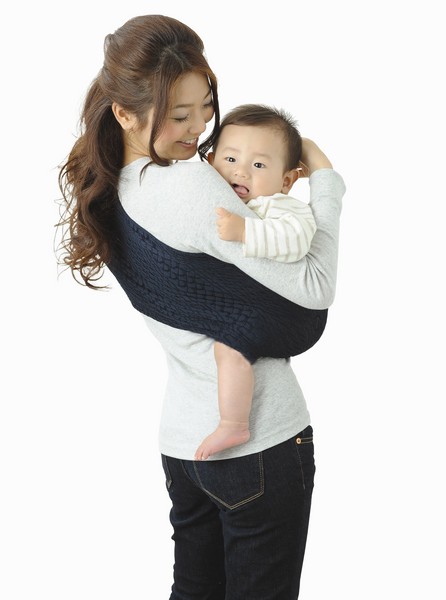 Slings in Saigon – the low-down on local Attachment Parenting

If you’ve heard of Attachment Parenting – the movement founded on the notion that babies thrive on physical contact and closeness to their parents – you’ve probably heard of ‘babywearing.’ As parents explore natural ways to nurture their children through touch and a sense of closeness, many of them are rejecting strollers and choosing to carry their children close to the body, where they can be lulled to sleep by the sound of their parent’s beating heart.

It’s not something that’s for everyone. Many of the precepts of Attachment Parenting have come under fire in developed countries, where it’s occasionally regarded with the same kind of suspicion as crystal healing and Scientology. A number of leading health figures have openly suggested that AP practices such as co-sleeping (where parents allow babies to sleep next to them in bed rather than in a crib) are frankly dangerous. Proponents of AP are quick to dismiss criticism like this as being largely misinformed, and in any case, expat communities have for at least a decade now proved welcoming safe havens for enthusiasts of the philosophy. This is particularly true in Asia, where native parenting practices originally inspired much of the movement’s development in the West. 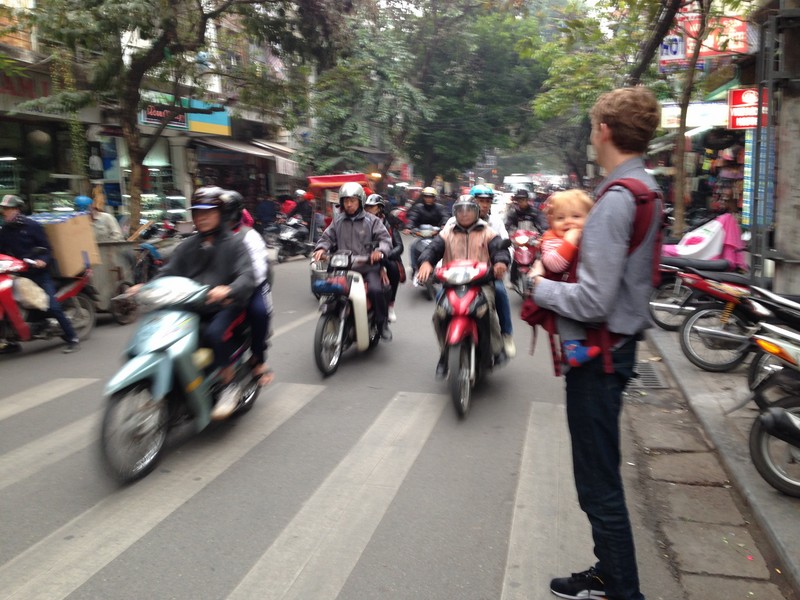 Not so much in Saigon. In certain parts of town (I’m looking at you, Phu My Hung) there seems to be a high number of expat parents toting their tykes around in special carrier packs. But whereas in Beijing, Seoul, and Manila there are well-established communities supporting babywearing in practice, there’s very little going on here. Local Facebook group Saigon Slings only just got off the ground last September (for the time being, they’re only communicating via their Facebook page) and despite the fact that babywearing is a traditional Vietnamese practice, there’s still very little awareness of its supposed benefits beyond those already long-since converted to the concept.

Expat blogger Lyra Dacio has been babywearing since first becoming a mother, having followed the rise of the Attachment Parenting movement in the Philippines, where she was an active member of a newlywed support network. “I’m not really an advocate,” she admits, “but for me, it’s convenient, especially here in Vietnam, where the sidewalks are not really conducive for pushing strollers. We don’t have a car, so it’s much easier to babywear than lug around a pushchair. So I like babywearing more.”

Part of the reason why babywearing might be relatively under-developed among parenting communities here is that it’s not quite as easy as it looks. “It takes a bit of practice,” she says. “In the Philippines, they usually come with a CD of how to do it. With my baby sling, I already fixed it so it’s snug, and I don’t want to change it. I worry that if I try to adjust it, it’s not going to work! Sometimes I have to throw it in the laundry, but I just leave it the same way!”

“I only use the baby sling, because I’m more comfortable with it,” she explains. “The nice thing about it is that I can wear it and my husband can wear it, and because it’s long, you can adjust it. Also, since there’s a whole piece of cloth that’s hanging out, sometimes when it’s raining out and you have to rush, you can just cover the baby. It serves as an extra blanket. When you’re breastfeeding it’s much easier too, you can cover yourself up.”

“The trouble with them is that when the baby gets bigger, the slings tend to get heavy,” she says. “But what’s nice about them is that you can carry the baby when it’s lying down or sitting, face forward – it’s versatile. It’s made of cotton – and you know in Southeast Asia, it’s very hot, and other brands tend to be too hot for the climate. They look comfortable, but they make the wearer sweat a lot.”

It’s because of the heat that Lyra only recommends wearing cotton slings over other varieties of baby carrier, avoiding the rashes that come from straps rubbing on sweaty skin, and keeping baby cool with a fabric that breathes rather than insulates. “In Saigon, the preference is certainly for cotton, something weavable,” she says. “You need something that balances well, because otherwise you get back pain.” The positioning of the baby is also an important factor: “With the ring sling, my son’s weight is resting on the bottom. But with the other backpack styles, you just put the baby straight in, and the weight is on the crotch. The proper way is to have the cloth tucked under the knee, and then to get the weight underneath.”

New parents interested in proper babywearing here – as opposed to carrying their kids in supermarket-variety baby backpacks – have generally ordered from overseas, although Belli Blossom does stock a small selection of Boba branded carriers, including soft packs and snug wraps. If you are thinking of trying it out, whether for convenience or to foster closeness with your child, it’s important to be properly instructed – not only for the safety of your baby, but also considering potential damage to your back from non-optimal carrying postures.

“It really takes practice,” says Lyra. “It wasn’t easy at first even for me. But when I was traveling with my eldest son, just the two of us, I couldn’t possibly bring a stroller as extra luggage, so it was much easier just to put him in a sling and walk out of planes.”

“Both my kids are ‘attached,’ sort of”, she says proudly. “I think it really helps to make them feel closer to you. At the same time, since when you’re conversing with people and they’re connected to you, they become more conversant, and they pick up a lot of words. So I think in that way babywearing helps a lot too.”

For more advice on babywearing or to enquire about orders from the Philippines, contact Lyra Dacio via her blog at Hello-Saigon