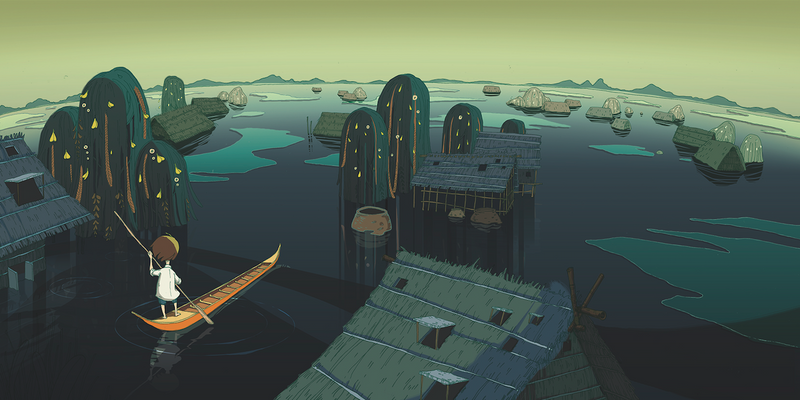 Although little-known, Room to Read Vietnam (RTRV) is one of the oldest NGOs in Vietnam and has been making a positive impact on thousands of Vietnamese children since 2001. However, this year RTRV was catapulted into the spotlight when two of its alumni participated in and won the 2015 Scholastic Picture Book Award in Singapore.

Founded in 2001 by a group of social activists including then Microsoft’s Asia Pacific Director of Marketing John Wood and Unilever Vietnam’s Erin Ganju, the Room to Read non-profit organization operates in ten countries around Asia and Africa, with Vietnam being its second base country. It aims to promote childhood literacy and gender equality in education.

“Why do we choose to focus on fostering reading habits in Vietnamese children? Simple, because reading is a foundational skill. Countless research by various organizations have proven time and again that a child’s reading skill is vital to their success in school, and in life. In terms of long-term potential for positive and enduring changes to our society as a whole, there is no better investment for an NGO like us,” says Le Tien Phong, the Country Director of Room To Read Vietnam.

“We started out with book donations and scholarships given exclusively to female students in rural areas in Vietnam,” shares Phong. “From there, we gradually built extensive programs over the years to create enduring long-term effects.” For gender equality, aside from scholarships and financial aid, RTRV also organizes training for teachers and in-school counseling services for female students. The non-profit has donated several hundred thousand books, successfully set up operation in 992 libraries and built another 130 in over ten provinces in Vietnam. Not stopping at only building libraries and teaching, they have also produced and published a significant number of children’s picture books. To date, they have funded, produced and published 89 titles with each averaging a production run of 2,000 to 3,000 copies.

“Our end goal is to create independent readers,” he continues. “When you think about it, ignorance and illiteracy are the root cause of many problems in third world countries like Vietnam, extreme poverty being one of them. To combat ignorance, we must give people not only the ability to read but also a love for reading as well.”

This is easier said than done given the fact that, according to the Vietnamese Ministry of Publication, Vietnamese people read an average of 2.8 books per year per person, a quarter of the average Singaporean readers, and this is considered a fairly optimistic estimate. If that figure is not adequately convincing, then in their 2013 report, the Vietnamese Office of Statistics claims that the average Vietnamese spends 32 times the amount they spends on books on alcoholic beverages.

“It’s difficult to change the habits of adults, and that is why we are concentrating our efforts on the children, on the future generation,” says Phong. According to him, publishing children’s picture books is the core of their childhood literacy operation.

Phong claims there is a lack of suitable books for children aged two to six years old in Vietnam. “The books available in commercial bookstores are typically of poor quality, age inappropriate, overly preachy or full of political agenda.” This gap led them to organize workshops to train artists and writers interested in this specific field. And, fortuitously, it was in one of these workshops that Phung Nguyen Quang and Huynh Kim Lien found out about the 2015 Scholastic Picture Book Award.

Quang, 26, and Lien, 23, started their professional careers in 2012 by collaborating with RTRV to create various book titles. The book that won them the award follows the story of An, a Vietnamese boy, through the at-times tumultuous Mekong Delta on his first journey to school. Aptly named First Journey, the book follows the creative principles taught by Room to Read: simple, concise and exquisitely illustrated. It has only six pages to tell its story but each page is filled with vivid imagery and a boundless sense of childish wonder. The text, no more than a single sentence per page, is poetic but simple enough that even younger children can read. The award came as a surprise to the duo who entered the competition just two weeks before deadline. “We never dreamt we would actually win the award. We participated because we thought the experience would be good and because we wanted to represent Vietnam,” says Quang.

Quang, Lien and the Room to Read Vietnam team are now waiting to publish First Journey in Vietnam.