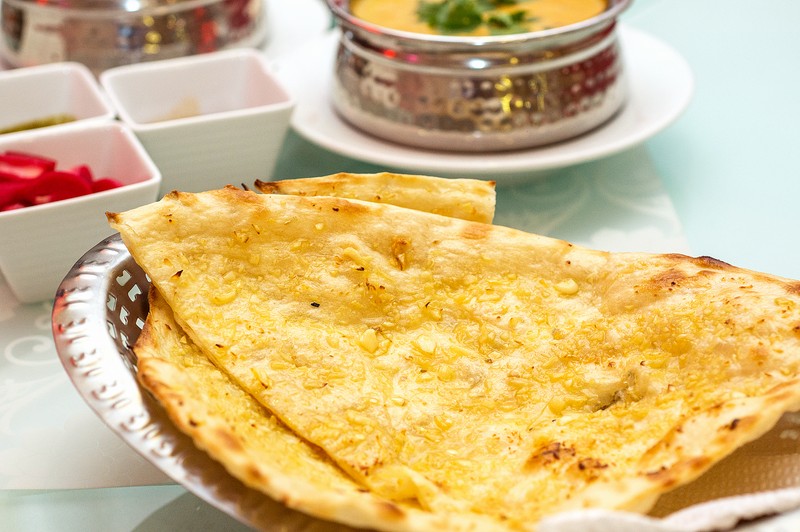 It’s said that variety is the spice of life. The spices do just fine on their own. India’s southwest coast, Kerala in particular, established itself as a major center for the spice trade as far back as 3000BC and came to be known as the Spice Garden of India. Lucky for modern civilization, obtaining exotic spices no longer requires the risk of life and limb that it once did. As a result, we are able to feast on the spectacular cuisine from Kerala’s home country most anytime we wish.

While Saigon has no shortage of Indian restaurants, can one really complain about having a bevy of choices for such wonderful cuisine? Pravin D’Souza’s Bollywood (41 Bui Thi Xuan, D1 and 26-A Sky Garden 2, PMH, D7) does well to distinguish itself and is no run of the mill Indian eatery. Pravin, who hails from Goa, arrived in Saigon as a cigarette salesman, transitioned into owning the Bubbly Bubble Tea chain before electing to open an Indian restaurant — with no prior restaurant experience whatsoever. 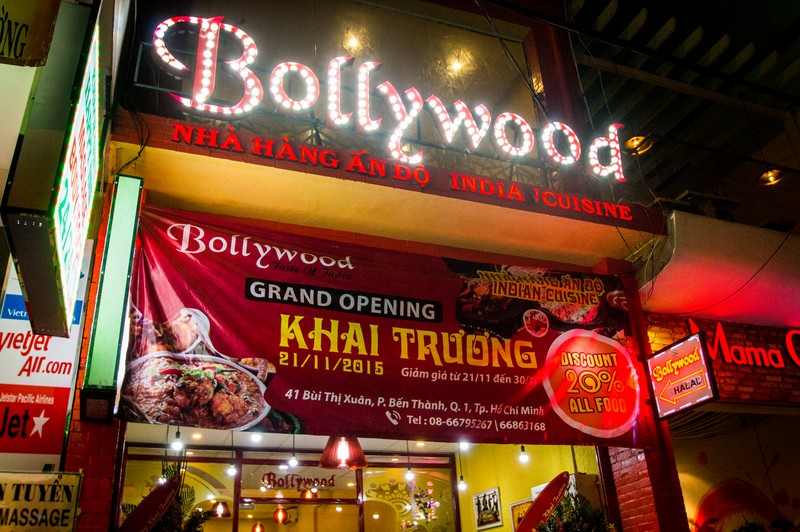 Fortune favors the bold, and Pravin certainly seems to have found some with his latest endeavor. Technically, Bollywood has been operating for three years now, but its first location was tucked away in the Sky Gardens Apartments complex in D7. They now have a brand new one on Bui Thi Xuan in District 1. Adorned with the glitz one might expect from the name, each location offers a festive environment for those looking to celebrate as well as eat.

Chef Sanjay, whose professional career spans 13 years – the last four of which have been here in Vietnam, and one year with Bollywood – helms the kitchen. His comprehensive menu includes all one would expect, yet they’ve tailored it slightly to accommodate Vietnamese tastes.

We started with the vegetable samosas (VND30,000 for two pieces) and the paneer chili (VND70,000). The samosas were spot on and are sure to please fans. 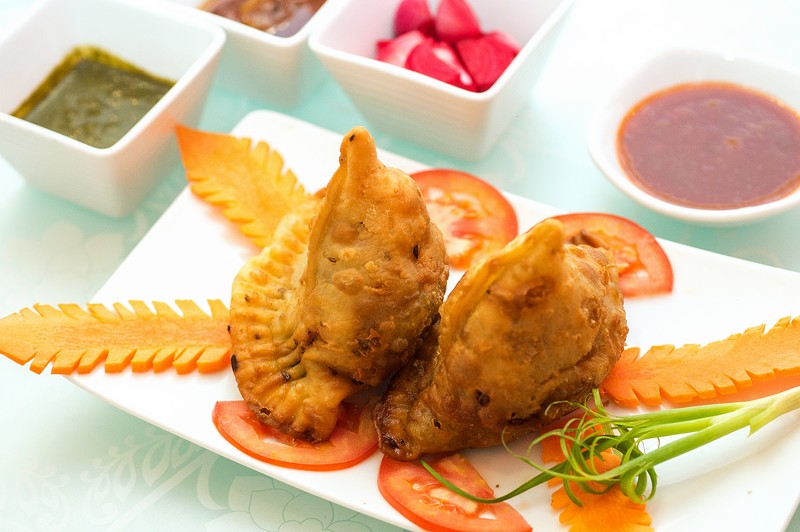 For those who enjoy paneer pakora I urge them to try the paneer chili, which has a distinctive Chinese influence, is served with sautéed onions and peppers in a spicy red sauce. This dish could, and should, be a main. It’s a fun take on a wonderful starter. 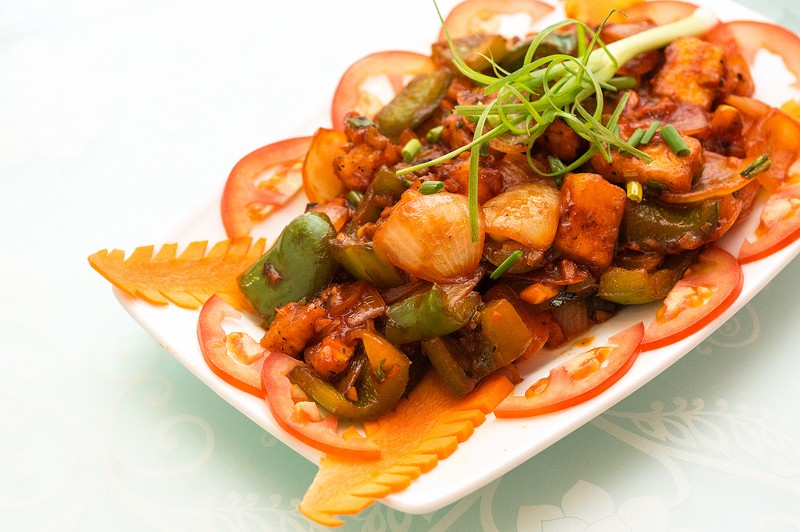 We moved onto our mains, chicken korma (VND85,000), lamb vindaloo (VND100,000), and chicken chettinad (VND75,000) served with steamed rice and garlic naan. The lamb vindaloo is exactly as one would expect, tasty and packing a chili kick. Bollywood does tap the brakes on the chili so that you sweat, but only a little. They’re interested in bringing people back for more, not burning them out on the first go. Chicken chettinad recently became one of my favorite dishes. It’s also quite spicy, but that spice comes from black pepper rather than chilis, so it will light up your mouth, but without the heat. It’s excellent and a great example of why the spice trade ran through India. 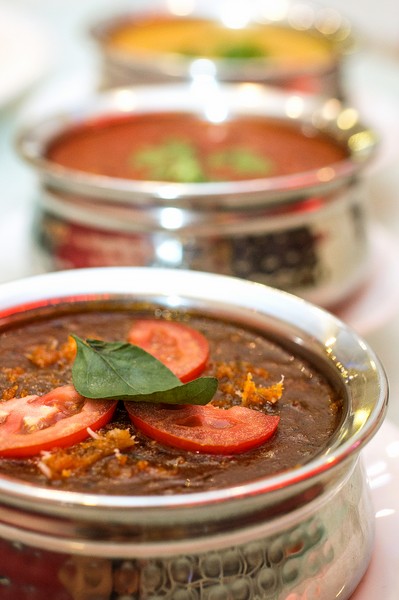 The chicken korma, in a fragrant creamy sauce made with onions, ginger and cashews, is an excellent complement to the spicier dishes. It’s well-balanced and a welcome respite from the heat and spice of other dishes. It’s a perfect pit stop from spices during a meal. While many people usually opt for chicken tikka masala, I favor the korma and suggest heading in that direction at least once. 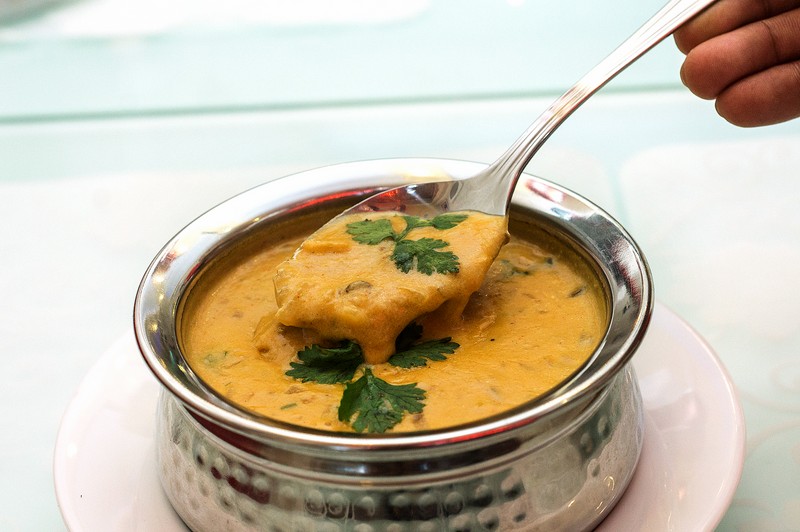 Something of note was that the sauces— or gravies—were noticeably lighter than in other Indian restaurants. While they were still ample enough with which to douse your rice, or dip your naan into, they didn’t fill you to gut-busting extremes, which often accompany the end of an Indian meal.

With set lunches on offer as well as a delivery service and curries to go, Pravin’s Bollywood has the bases covered and looks to remain firmly entrenched in the Saigon cuisine scene. If you’re in need of a new fix for Indian food, or just want to add one to your rotation, get yourself to Bollywood. 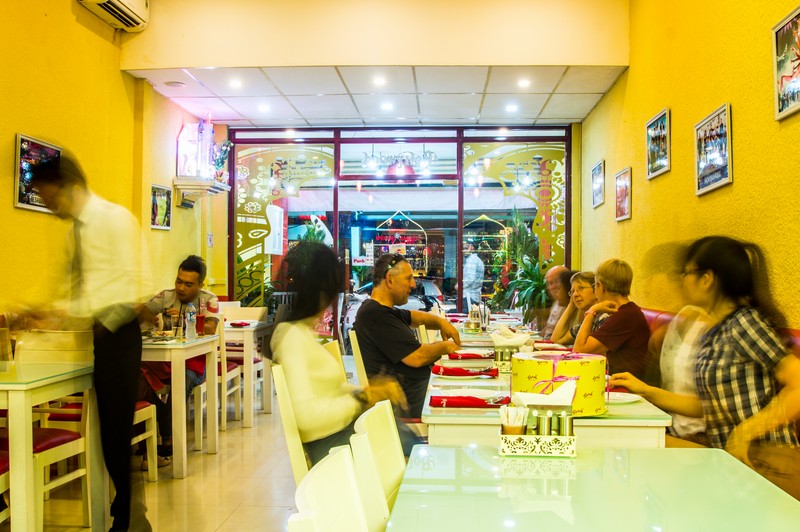