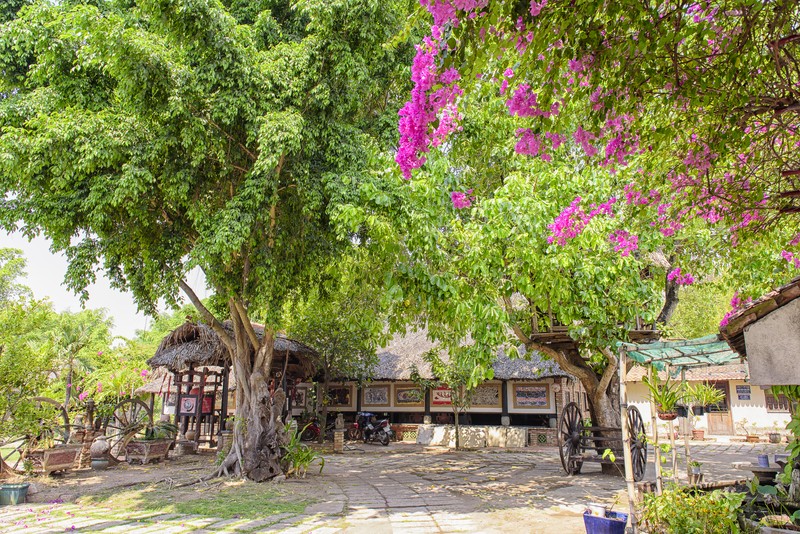 Before a 1997 government project to redevelop District 2, it was largely an unpopulated wasteland the size of District 1, 3 and 4 combined. After nearly two decades of construction, and foreign investment, it is now a real estate hotspot filled with modern infrastructure, luxurious serviced apartment buildings and exclusive gated neighborhoods. Hidden amongst this urban revolution, at the fringe of District 2, lies a little-known enclave that would not look out of place in rural Vietnam, except the denizens here, instead of being farmers, are all artists. Before San Art and creative co-working spaces, and before the arrival of Thao Dien Pearl and high-rises, there existed Ham Long Village (35 Thich Mat The, Thanh My Loi, D2; 3889 3871/091 803 1225). 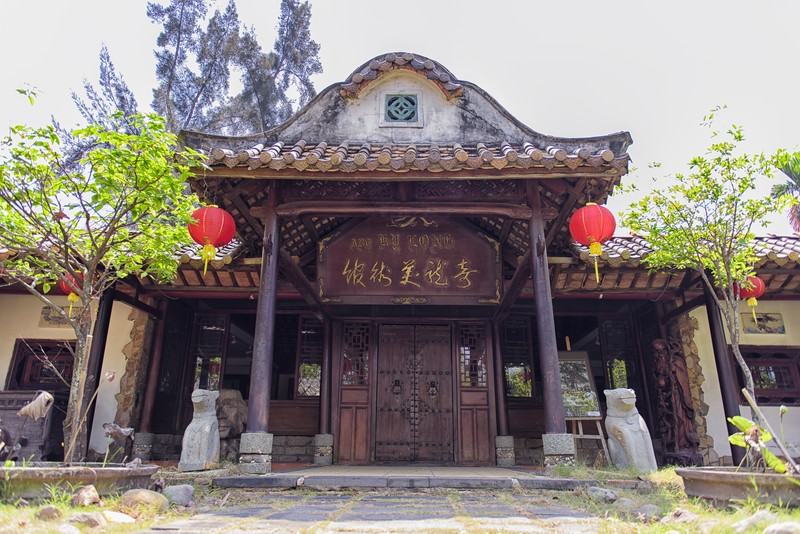 “It started out half by accident and half by our intentions,” says Ly Khac Nhu, one of the 30 artists who currently live in Ham Long. “We first heard of villages where everyone was an artist back in the 1980s. There’s one such village in Singapore that was founded in the 1980s. The idea was to create a space where art is celebrated and like-minded individuals can share their visions and help each other grow. Around 1997, a few friends and I started looking for a place to create our own community.” 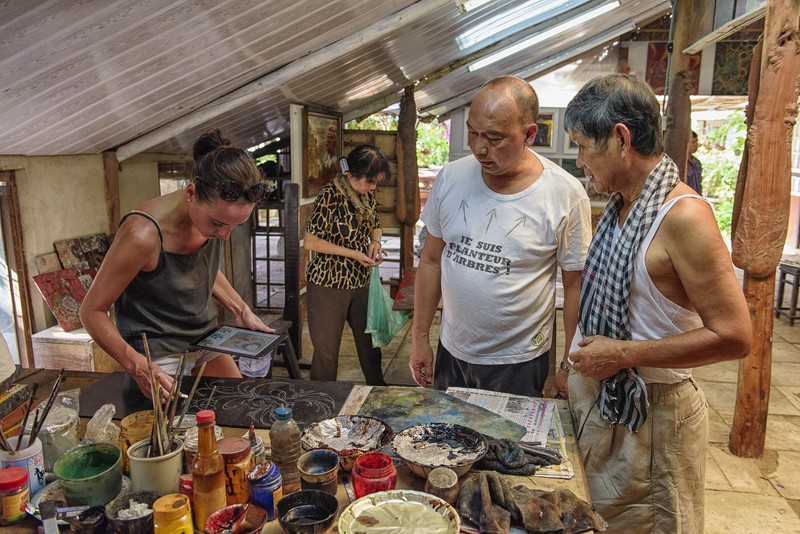 After some time looking, they found a wide strip of land along the banks of the Saigon River, at the edge of District 2 and District 1. “We built a few shacks, made a place where we can visit on the weekends to daydream or fish. We didn’t have lofty ambitions of creating our own village, the village part happened all on its own,” say Nhu. Words spread about the creative sharing space and soon artists, drawn to its concept and quietness, joined the group. Eventually, the shacks became houses and then sprawling private residences with gardens. The small group of artists became a community of over 30 painters, sculptors and carvers. 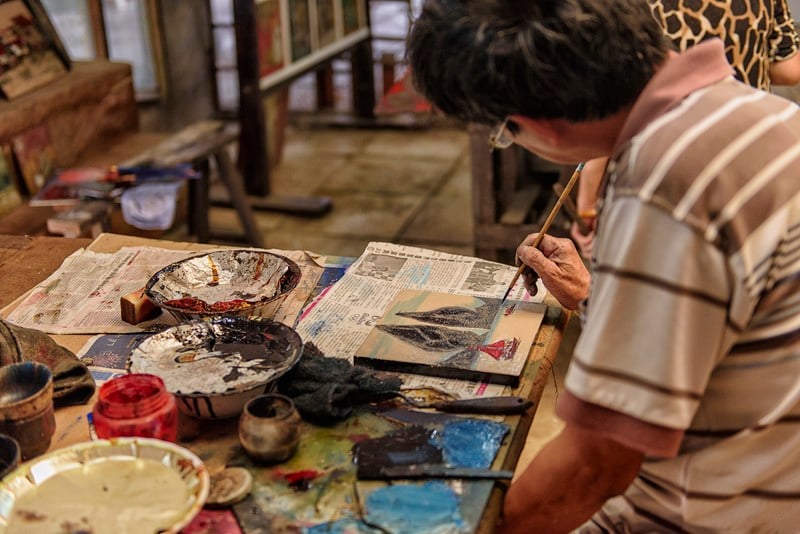 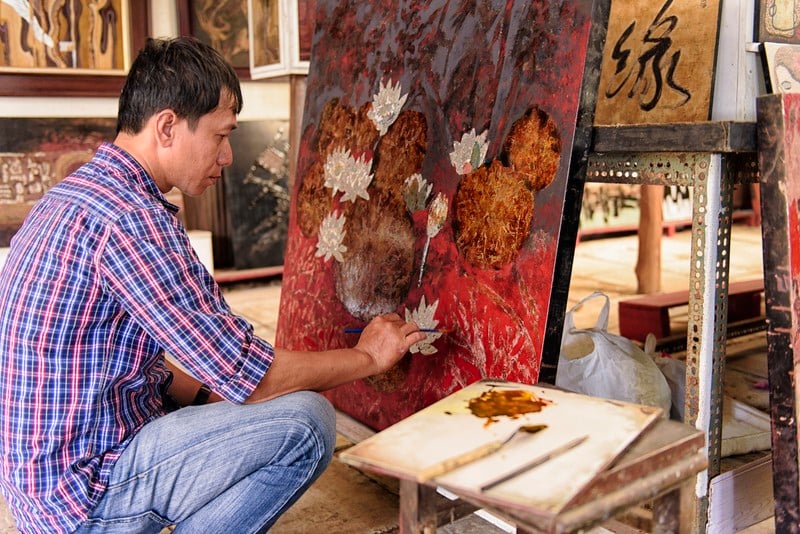 Ham Long comprises of private residences for these 30 plus artists and a pact, made when the village was founded, forbade non-Vietnamese architecture, which means that every living and working space of the complex was beautifully designed by its inhabitants. Each artist contributes a unique style to the village’s overall aesthetic. Among these, the standouts are Ly Khac Nhu’s Ky Long Vien, Nguyen Hai Huong’s imperial Hue garden and house, Duong Dinh Hung’ 100-year-old Hue house, and Bach Truong Son’s Highland-style house on stilts. The Ky Long Vien is a garden and house modeled after ancient Vietnamese villages and is covered with his artwork along with pieces from his private collection. Huong and Hung’s houses were uprooted whole from their original locations in Hue and transported all the way to Saigon. Son’s house on stilt was uprooted from the Central Highlands and relocated to the village. The house is rumored to be over 200 years old and once belonged to a dear friend of Son’s. Many of its members are award-winning artists and are well-known in the art scene throughout Asia. A few years ago, Nhu sold a painting for over USD20,000 and a statue by Hung’s sold for a similar price. 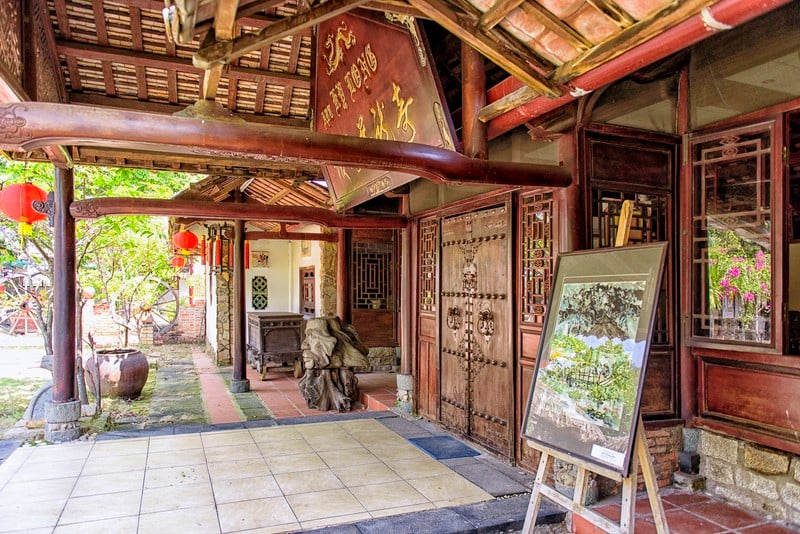 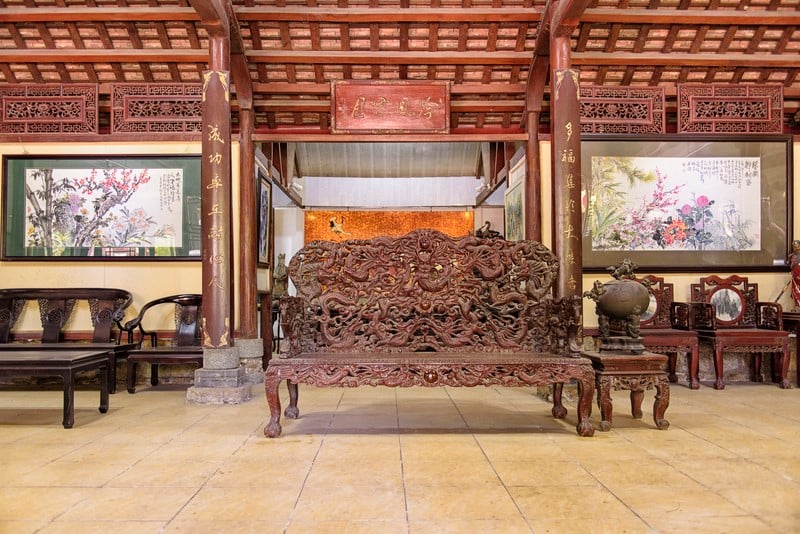 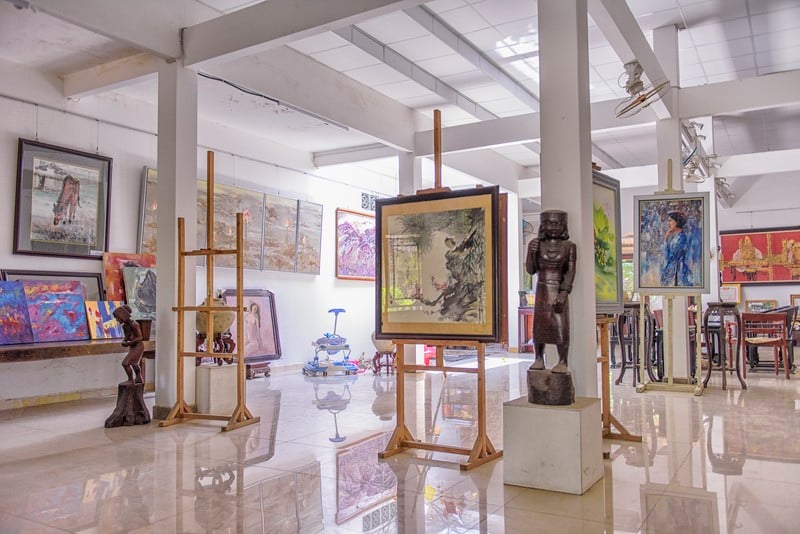 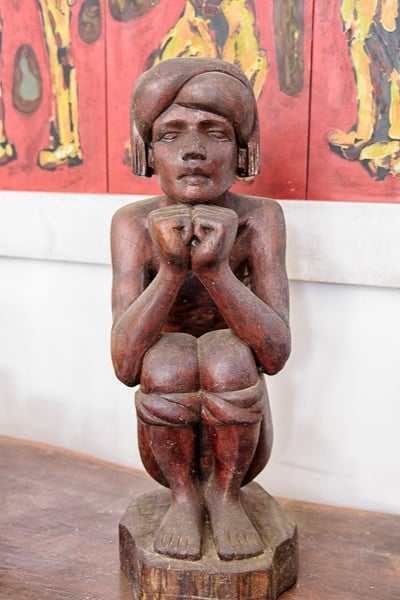 Architectural wonders aren’t the only offerings at Ham Long. Staying true to their original aim of creating an artistic environment, the artists regularly organize exhibitions, workshops and events. “We are all getting a little bit on in age and while quietness and tranquility is good, we also want to bring our art to a wider, younger and more varied audience,” says Nhu. Several artists, including Nhu, have decided to open their private residences to tourists and some more have entered into collaboration with tourism companies to host river and art tours with Ham Long as a featured destination. 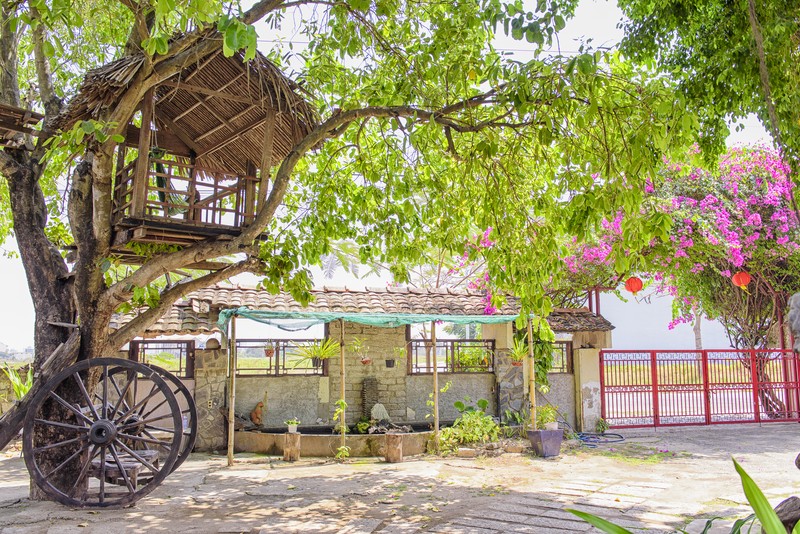