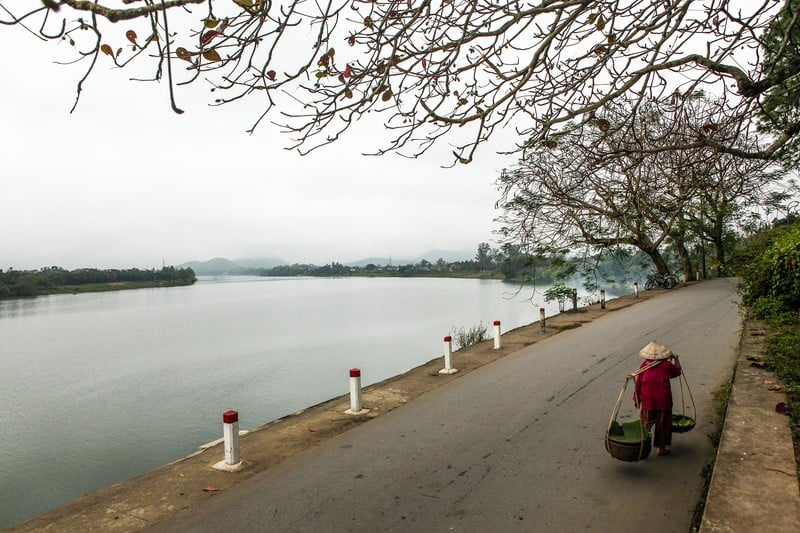 I remember it took six steps to cross the balcony to lean on the white ledge to look across the river and through the palm trees to the citadel where the flag was undulating carelessly. The sky was the gray blue that comes after the rain and before the humidity. The wind came and went, came and went, and on it was the muffled chugging of the engines of the long boats sauntering against the current. Songbirds flitted through the palms and three boys came through the vegetable garden with covered bamboo cages and sat silently, staring up in a futile attempt to figure how to trap them. Time passed. There were no horns, just an occasional human voice: 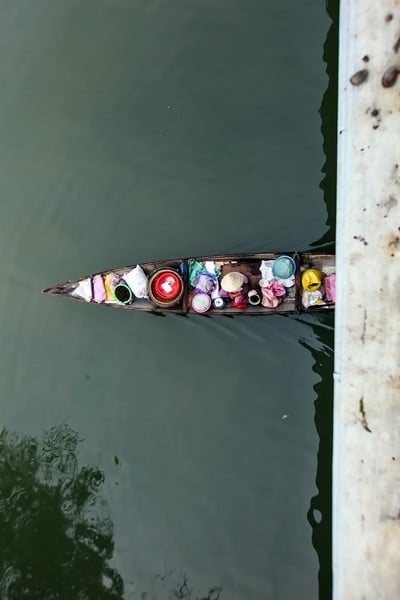 And the infrequent opening and closing of solid doors. The pool to the left on the grounds was the cleanest Caribbean blue, salted and undisturbed. Over the thick white low wall that separated the pool, the garden and the grounds from the river, one of the hotel’s chefs was cutting off banana leaves to be used to accent the plates that went out of the kitchen at noon. Women were walking single file and talking down the narrow path to the tourist and fishing boats. It was still morning, but the guests booked on the early flight had already departed and the residence was peaceful, contented. 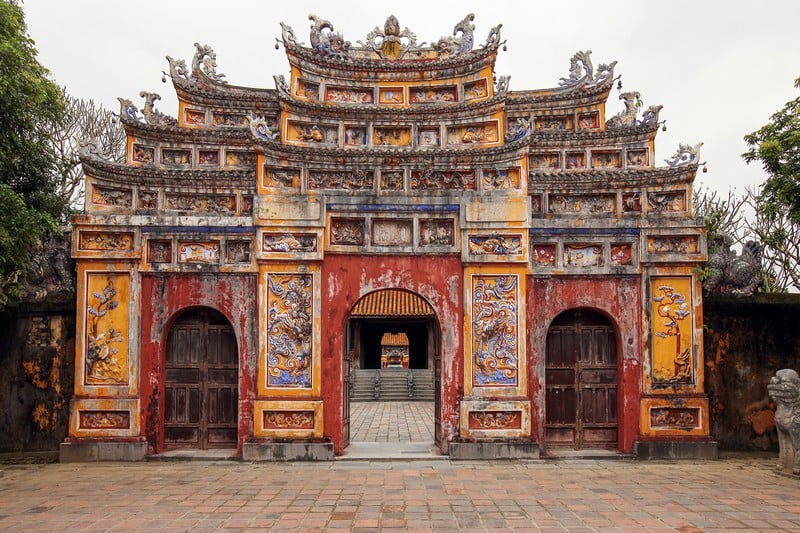 I walked back inside the room and scanned the handwritten welcome note. Who takes the time to write by hand? I cut into one of the mangos in the basket on the bureau, slicing it sideways along its spine and dicing it into cubes. The room and the open balcony were quiet enough to hear the knife cutting through the sinews. It may have been the best mango I had ever tasted. Great meals make great memories, but can you make a memory of just one slice? Stop now all that is spinning inside your head and just realize how good this is. The city can wait. The itinerary can wait. The day is still ahead. There is enough time for everything. But now give into all the subtle variations of flavor in this singular fruit. I ate the first half on the bed and the second half over the sink as the juice ran down my arm. I raked the skin and the seed with my teeth. I thought, ‘Who buries the best possible version of a fruit in a fully loaded basket in the far corner room on the first floor of a hotel on an unexceptional guest reservation?’ Is it generosity? 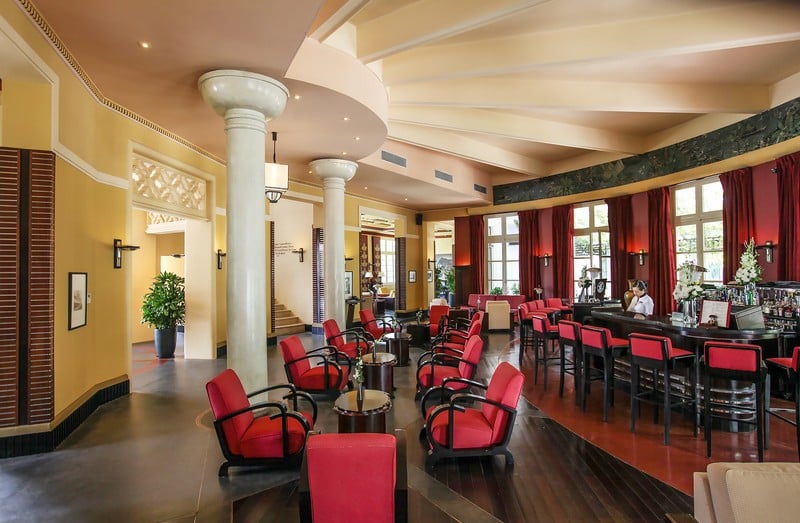 The residence I am remembering is La Residence Hue Hotel & Spa, the city of Hue’s grand hotel. It is part of Accor’s MGallery universe and your reward for reaching the middle of Vietnam. The M is for Memorable, and MGallery hotels are the pride of Accor, distinguished by their settings, their history, their design, their character. La Residence is named obviously: it was the official residence of the French colonial governor. Its grandest rooms are named for noteworthy personalities that graced the building in its first life, and these persons are noted in biographies along the long halls. If anything, they seem to confirm the elegance of the building in their portraits. Who knows if they lived grander or loved deeper than we do now, but they certainly saw to their days with enough savoir-faire to live up to the building’s dramatic Art Deco styling. Rounded rooms, high ceilings and wraparound foyers – it all brings to mind the best days of the ocean liner and the grandest theatres. The hotel sits with pride of place on Le Loi, resplendent in white and set back deep in its berth. The entrance flows from a circular graveled driveway and into a lounge, because a good host knows what his guests want before they admit it. Straight ahead is the broad, well-stocked bar backlit by the sun. The ceiling is a structured sunburst, with support beams radiating outwards towards the pool. I sit and sip and stare and understand why the hotel has made the Conde Nast hot list and Reader’s Awards, the Travel and Leisure top hotels lists, and won Hideaway Report’s Grand Award. All this to say it’s really the only place from which to base your excursions into Vietnam’s last city of kings. 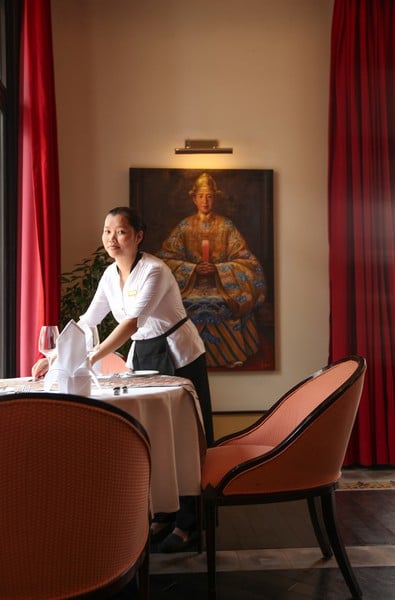 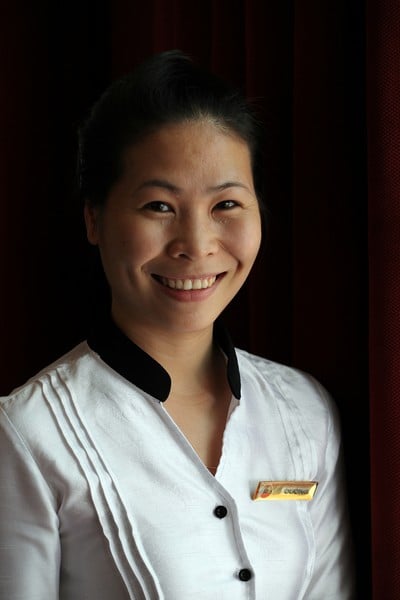 I remember stopping early that first full day on a street along a canal that fed into the Perfume River. Each house a different style from a different era, and seemingly every other house an outdoor café. Vietnam’s history and her habits are here in plain sight. Trees along the banks of the canal that must have seen emperors, foreign emissaries, a student who would grow up to lead the country, soldiers local and foreign, and finally peace. Sitting for coffee just after sunrise, my guide asks about a particular antiqued gate down the alleyway. A conversation ensues, pulling in the surrounding tables. Being out of the loop, I sip the black bitterness and think of the advice of Walker Evans: “Stare. It is the way to educate your eye, and more. Stare, pry, listen, eavesdrop… You are not here long.” We get up to get going, to cross over the bridge and go through the walls of the Citadel and she tells me the modest man modestly dressed that she was talking to was distant royalty and the gate was once an entrance to royal grounds. This little note settles in while I pedal past a steady line of men all fishing in the moat surrounding the Imperial City. So it goes here, with the blending of the opulent and the modest, the past and the present sharing the same wall. 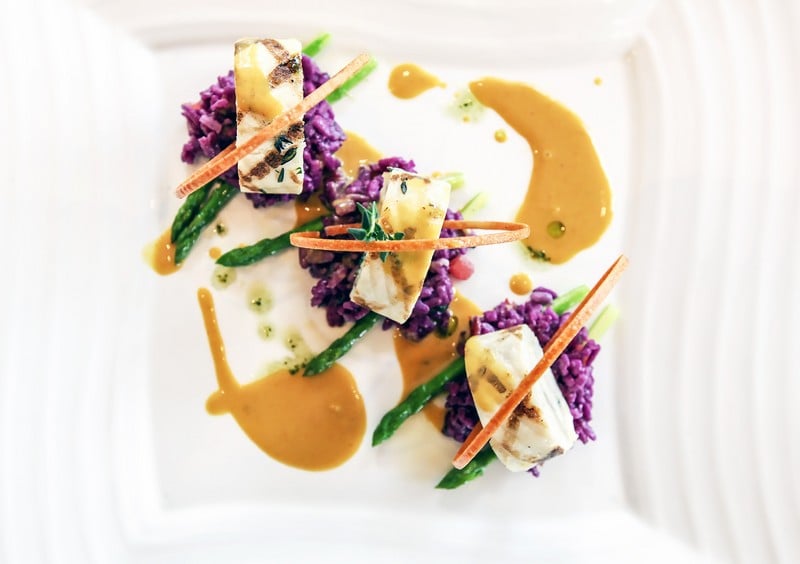 Unlike Vietnam’s big three, Hue is not in a rush to reinvent its visual identity. Hanoi and Ho Chi Minh City are demolishing their physical past at breakneck speed, and Da Nang’s rapid development means it can no longer be overlooked in favor of the political capital to the north and the economic capital to the south. But Hue has the good fortune of being fewer than 100 kilometers from Da Nang and yet in a world all its own, a world where there is still time, there are still sidewalks for walking, there is still a river you can actually swim in, there are still houses with gardens and lotus ponds that bring the good fortune in and walls to keep the bad fortune out. There are vestiges of the past everywhere, and not all its history is cast in cement or clay. 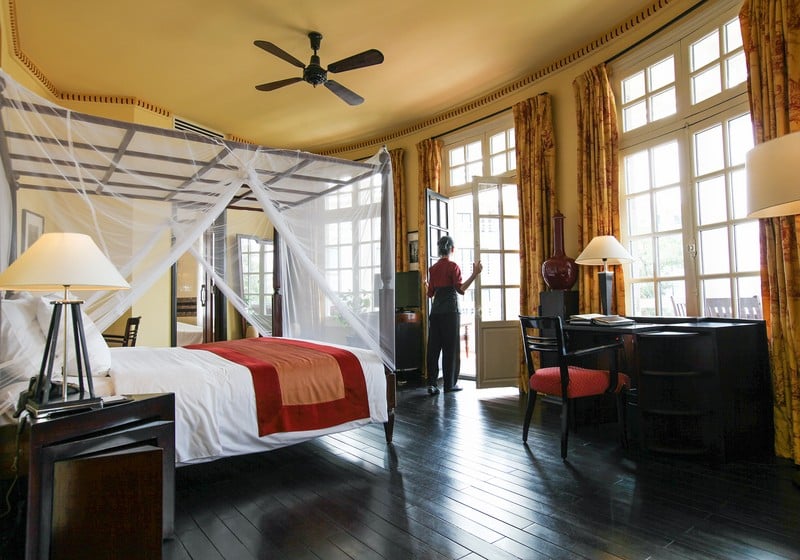 I remember everything, but some things more than others. In the Forbidden City, the painted phoenixes of the queen’s gate, the bas relief of the dragons for the king, yes, but strikingly, the small relief of a multi-colored toad at the bottom of one gate. Who could guess that lowly toad would be there to greet the royal family? Leaving the palace grounds, I remember overhearing a tour guide tell two Indian men that his parents used to make him kneel on the skin of jackfruit when he was naughty. Who could ever find such a use for one skin against another? I remember much more: The somberness of the tombs of Tu Duc and Minh Mang, coming at the end of otherwise splendid grounds. The students in white ao dai hurrying into blood red French colonial buildings where Ho Chi Minh went to school and were now the pride of Hue. The metal swans bobbing beside the riveted bridge shaped like a comb that stretched over the river that flowed underneath like hair. The cup of mixed fruit and the sifter of apple juice placed on my table after my afternoon swim in the hotel pool, and the locals who still swim out every morning from the riverbanks, swimming around the nets of the fishermen in their skinny wooden boats. I remember the hint of orange in the marinated pan-fried prawns and the young rice ice cream from the six-course alfresco dinner beside the hotel pool. The ‘honeymoon’ bedroom of the mandarin who bought a garden house from a princess. It was no larger than two square meters, no higher than three meters. Even given the fact that people were smaller a century ago, this was no more than a closet and a challenge to even the least claustrophobic of lovers. I remember packing slowly but being driven away by the taxi rather quickly – a sign that my time in such a city, such a residence, was now turning into memory.

I remember it all. Because everything about it was memorable. 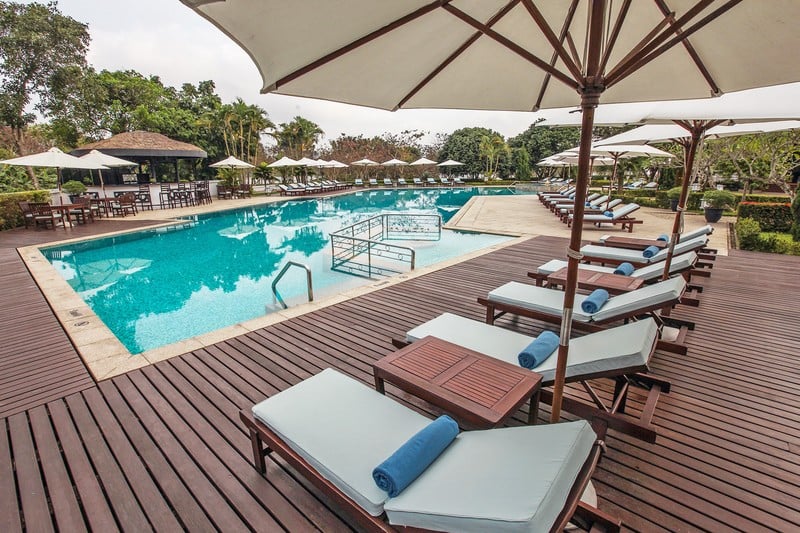 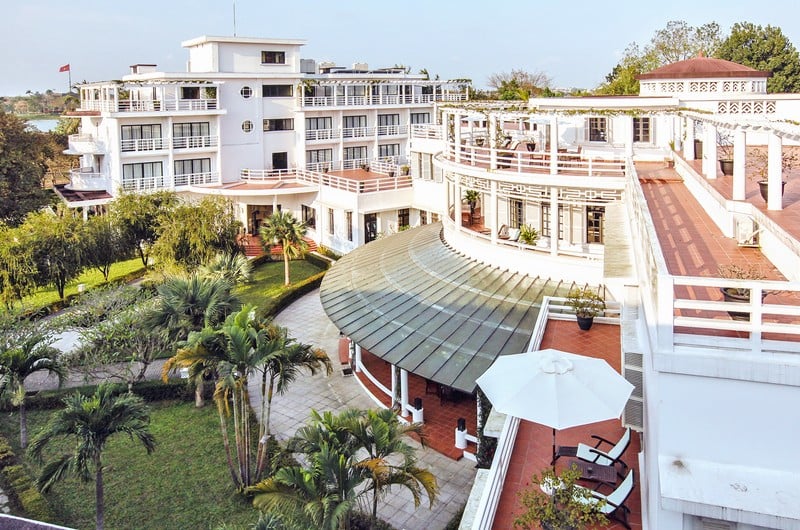 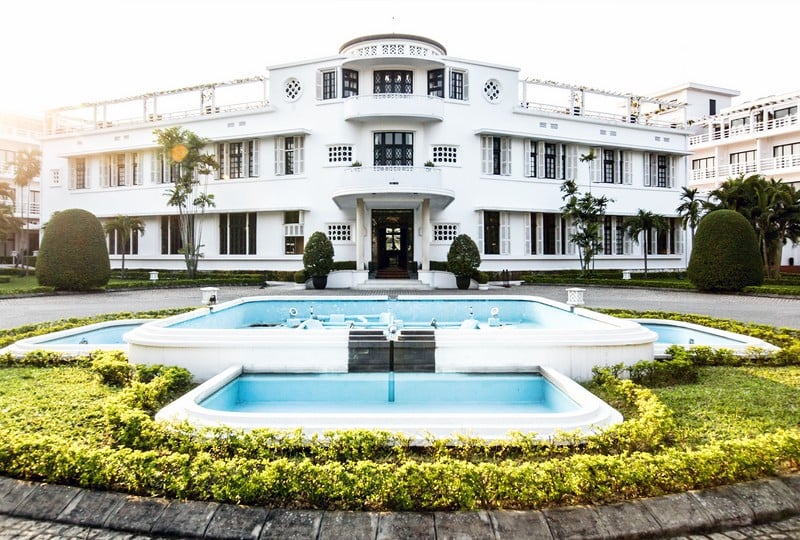