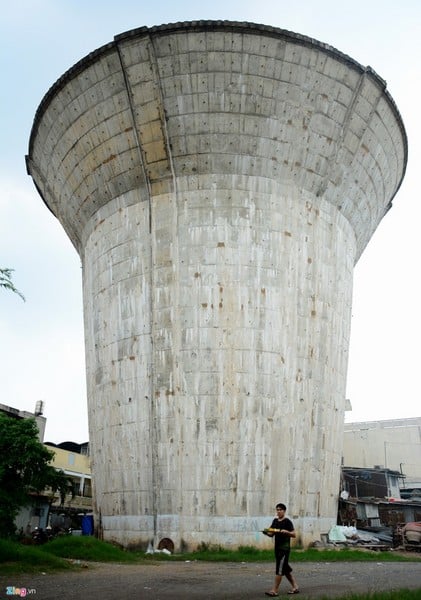 5800 households along canals in Ho Chi Minh City are expected to be relocated in advance of a major aquatic environment improvement project. The primary goal of this third phase is to dredge the Doi and Te canals and upgrade 13.5 kilometers of roadway that run alongside them. The improvements hope to allow an unobstructed flow of water to eradicate flooding. The project is expected to affect an area of 1,600ha along the canals that run through Districts 4, 7, 8, and Binh Chanh, relocating 29 offices and 6,200 households, 400 of which have already been relocated as part of phases one and two. Compensation is estimated at around VND4,500 billion and discussions are underway to combine the relocation plan with the construction of new high-rises in cleared areas for displaced residents.

7 unused water towers will be demolished in Ho Chi Minh City. Saigon Water Corporation is devising plans to remove seven of the eight mushroom-shaped water reservoirs that have been left unused for 40 years. The seven reservoirs are located in Districts 4, 5, 6, 11, Go Vap, Phu Nhuan and Binh Thanh. After their removal, the areas will be converted into underground water reservoirs to supply water for extinguishing fire and chloride filling stations to enhance water quality. The reservoir near Ho Con Rua (Turtle Lake) in District 1 is the only one that will remain untouched.

800 kg gaur died in Vietnam last month. A huge gaur was found dead in a nature sanctuary in Dong Nai, the second death of the largest extant bovine in the same area in less than a month. The animal was seen roaming around normally in the Dong Nai nature and culture conservation area one day before it was found dead. The gaur’s body was almost intact, except for two cuts on the surface of its right shoulder and a wound in the abdomen, said Le Viet Dung, deputy head of the forest management agency. Forest management officers are still investigating the cause of the death and have not given any further details.

The gaur’s internal organs have been taken away for an autopsy. On February 28, forest protection officers also discovered a dead female gaur when they were on a patrol at the nature sanctuary. The 200kg female was fatally shot, with two legs and part of its body butchered and the internal organs already decomposing. The species has been listed as vulnerable on the International Union for the Conservation of Nature’s Red List since 1986, as the population decline in parts of the species’ range is likely to be well over 70 percent during the last three generations. 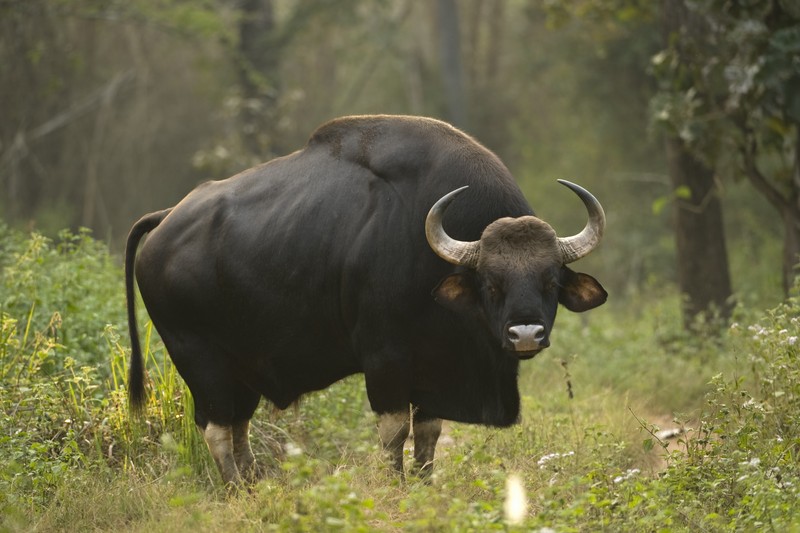 500 critically endangered doucs were discovered in Vietnam. A population of 500 gray-shanked doucs, one of the world’s 25 most endangered primates, has been found in the Central Highlands of Vietnam. Doucs, or douc lagurs, are native to Southeast Asia and consist of three species: red-shanked, gray-shanked, and black-shanked doucs. They generally have dappled gray bodies, black hands and feet and white cheeks.

The gray-shanked douc lagur is native to Quang Nam, Quang Ngai, Binh Dinh, Kon Tum and Gia Lai. They feed primarily on leaves and live in tribes as large as 50 individuals, though tribe numbers have been greatly reduced to four to 15 individuals in recent years. Gray-shanked doucs, along with three other primates native to Vietnam, have consistently been listed among the world’s 25 most endangered primates since 2000 by the International Union for Conservation of Nature Species Survival Commission Primate Specialist Group, the International Primatological Society, and Conservation International.

96% of Vietnamese perceive themselves as middle class. Most Vietnamese think they are among the middle class, while those whose income actually qualifies them for such a category only make up half of the population, a Japan-based think tank has said. A person with an annual income ranging from USD5,000 to USD35,000 is considered belonging to the middle class, and nearly 50 percent of Vietnam’s population of 90 million people meet such a criterion, according to the Hakuhodo Institute of Life and Living ASEAN (HILL ASEAN).

However, 96 percent of the Vietnamese surveyed in a HILL ASEAN research see themselves as part of the middle class, regardless of their actual income, according to the findings.

The discrepancy between the middle class by income and that by self-perception in Vietnam is broader than those in four other Southeast Asian countries, which were also mentioned in the research. The figures in Singapore are 45 percent vs. 85 percent, and the respective statistics for Malaysia and Indonesia are 46 percent vs. 79 percent, and 56 percent vs. 72 percent, according to the study. The last country in the research, Thailand, has less discrepancy, 72 percent by income compared to 80 percent by self-perception.

USD 135,000 was spent on one of Mobifone’s prized super SIM phone number. “I purchased this SIM (0933 999 999) from a wealthy real estate developer in Hanoi in 2013 for over VND1 billion,” said Do Trong Hieu, former owner of the prized phone number and director of Me Linh Commercial Services. “A man from Thai Nguyen just purchased it for personal use. It’s a rare kind of phone number, as the number nine means everlasting and the number three means fortune. Thirty-nine is a symbol of wealth, so the person who buys it will receive lots of luck.” 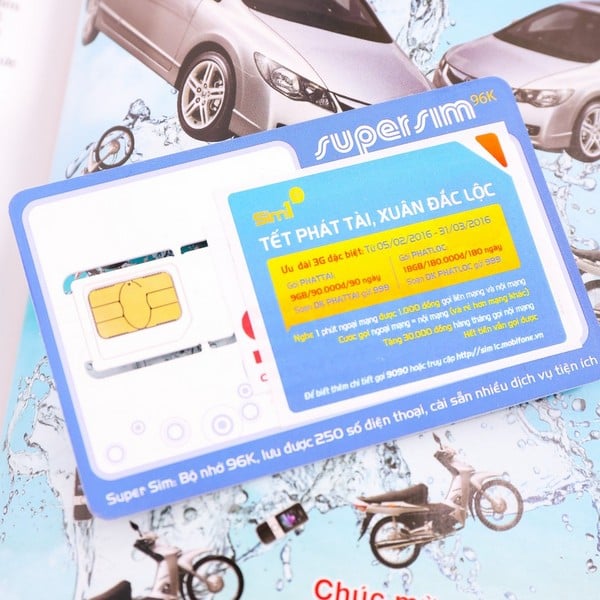 The new owner of the phone number also confirmed its purchase, saying that he had previously used only Viettel numbers beginning with 097 and 098. “I rarely resell a SIM I purchase for personal use, unless a more attractive SIM number comes along,” the new owner toldVnExpress.

This was Mobifone’s most expensive SIM sale in 2015, but you’ll be pleased to learn that it’s not the highest of all. In March, the chairman of Mai Linh Group transferred his own “super SIM” number – 09 89 999 999 – to a wealthy Saigon resident to the tune of nearly VND5 billion.