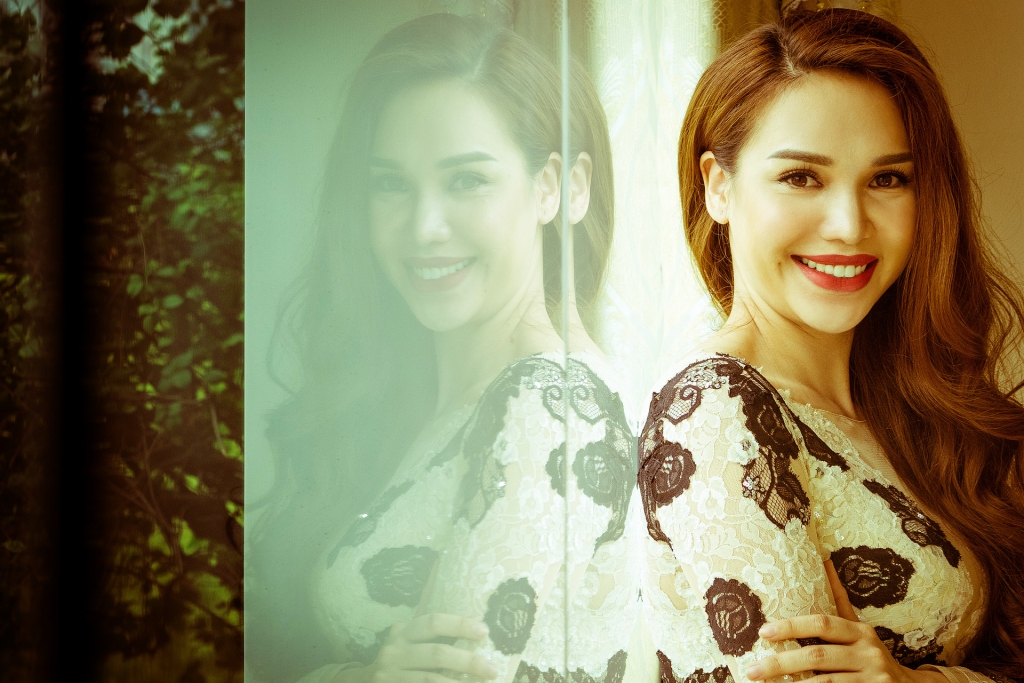 Woman Behind the Scenes

Dieu Han is a golden-eyed lioness of a woman. She has a firm, intent gaze, a commanding frame and a character that rings of authority. It can probably be said that she was born to do business and lead others—and there’s really only one thing that has interrupted what would otherwise have been a very straight career path: a dalliance in catwalk modeling that saw her emerge as a beauty queen and successful model before ever having the chance to get her hands on some real management experience. While for many girls that would have been a dream come true, Dieu Han is only now emerging from the beauty trap and rediscovering her true purpose as a business owner.

“I had zero passion for fashion as a child,” says Han, speaking from her recently-opened new store location in Phu Nhuan, taking a break from her busy preparations to open a second outlet in District 1 by the end of the year. “As a young student in Dong Nai, I was very tall, and at that time people thought I was a bit different, so I wasn’t very confident. After I started modeling, I became more polished, and then I finally felt that I was at least good-looking—but when I was in the countryside, I really didn’t see myself as even slightly attractive. Sometimes I would walk hunched over to look shorter.”

As her figure matured and her broad smile started to catch the attention of others, Han realized that modeling was something she had the opportunity to do, and so she participated in catwalk activities while at university. Despite her interest in modeling then being little more than as a hobby, friends and family encouraged her to take it more seriously, and she decided to enter a few small competitions. It was at one of these that she was ‘discovered’ by the renowned traditional fashions designer Vo Viet Chung, who approached her and asked for her number. “After the competition,” she recalls, “he contacted me and said that Bangkok was hosting Miss Southeast Asia, and he thought I should take pictures and send in my portfolio. He said that if the organizers selected me, then he would take me to the contest. At that time, there were around a dozen contestants, and after the selection, another girl and I were chosen to take part in the pageant. That year was 2012, and I ended up winning the crown.” 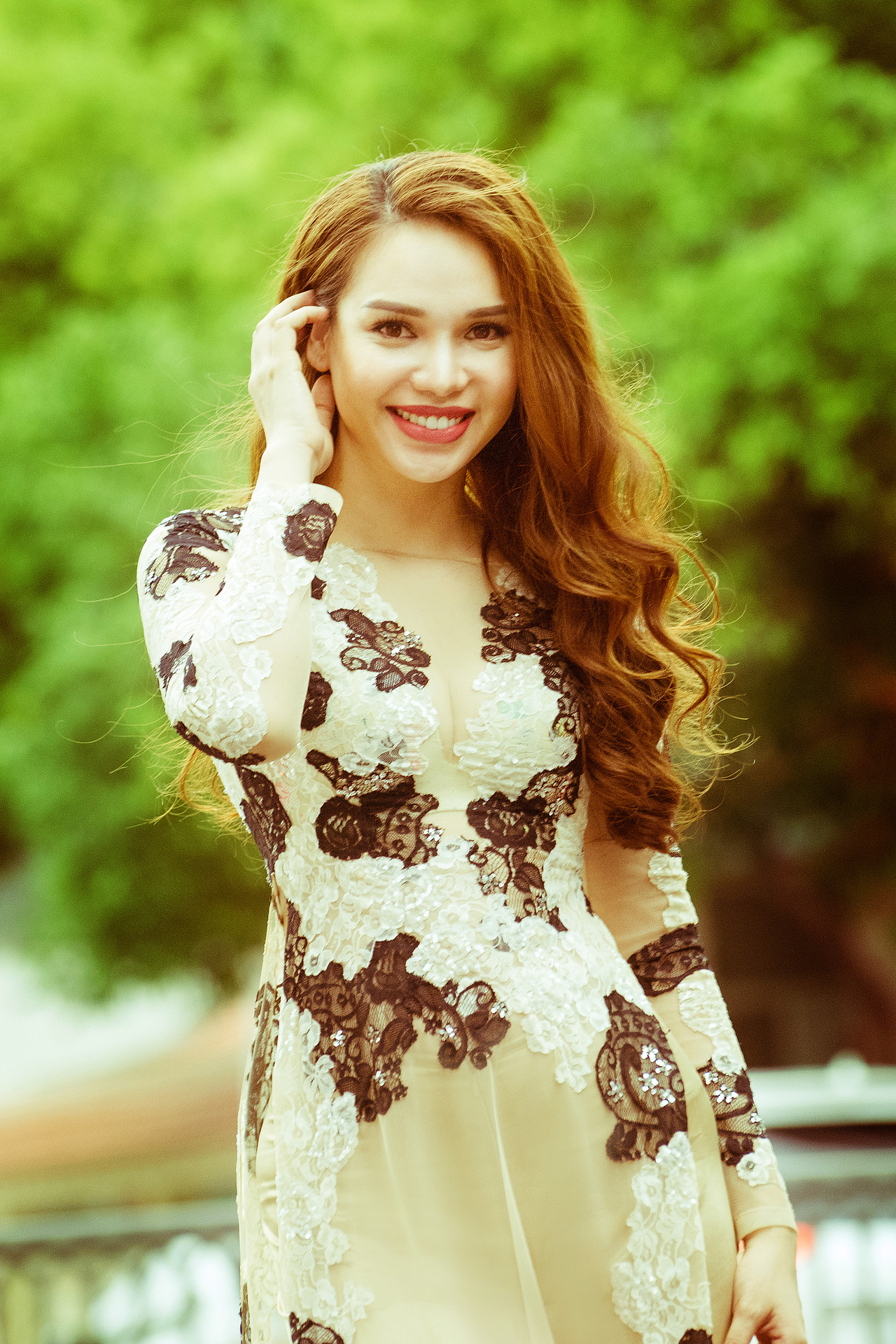 Victory in the world of fashion and beauty for many women is a mixed bag. The celebrity and modeling contracts that come out of a pageant win can open many doors; at the same time, beauty queens often find themselves forever chained to a dressing room mirror—afraid that a minor flaw in their makeup or a fashion mistake will become fodder for the tabloids. For business-minded Dieu Han, this was fortunately never a major issue.

“In fact, when I first started modeling, I felt that pressure,” she admits. “At that time, when I’d just come out of Dong Nai, I really didn’t know how to care about beauty. I can call myself a country girl; when I was traveling to do shows with friends, sometimes I saw them wearing their shoes, and I wondered where on earth they’d bought them. I had never worn heels that high. I didn’t know about makeup, so there was this pressure that I was backward compared to others. Those things need time, step by step, it’s important to be able to observe, to learn and absorb, then later you can do it yourself. Normally I wear just light makeup only; I just want to look decent, neat and clean, that’s all. As for big events, we certainly have to look more glamorous, so I don’t think of it as pressure, but rather just doing something I enjoy. Looking good is a woman’s prerogative, like the Vietnamese saying goes: ‘if it’s good, show it off; if it’s bad, cover it up!’” 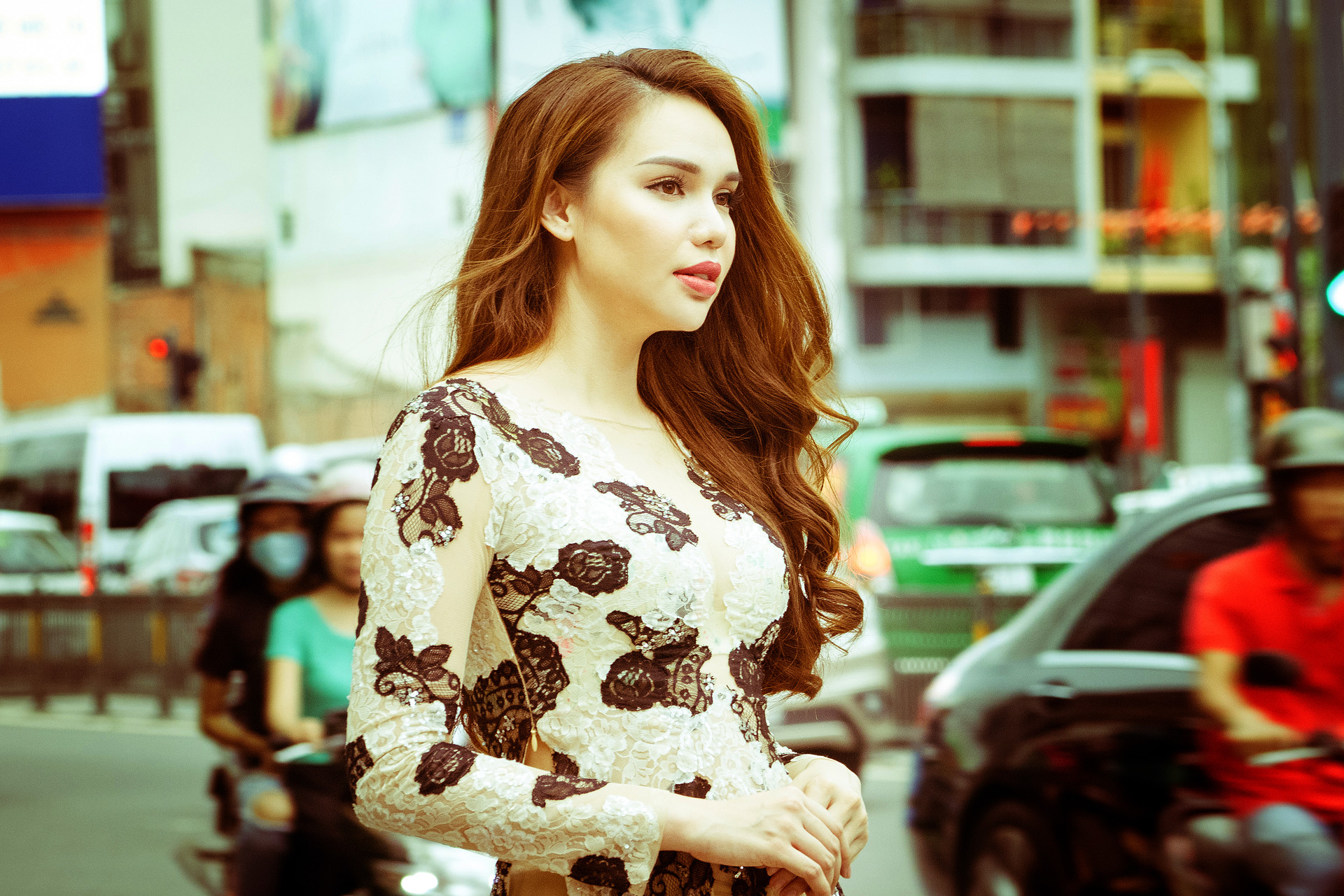 “Every time I go out,” she laughs, “my girlfriends take such a long time to get ready, but for me, just 10 minutes is enough, I don’t polish myself up too much. I prefer a gentle, natural look, not like others who even take their makeup artists along with them. For a casual party, I can put on light makeup myself. I think it’s important to keep the skin smooth, to use a light toner, with light makeup only and clothes that are bright.”

Beauty queens traditionally go on to seek careers in acting, modeling or singing. While Han has followed that path to some extent—she recently took on a key role in director Ho Ngoc Xum’s TV drama Hai Khoi Tinh—Han has now turned most of her attention back to the kind of work she believes is far more in line with her character as a woman in control.

“I do not deny that I’ve been very lucky to become a model,” she says, “as it has really become a stepping stone for my later career. Modeling gave me the chance to meet and interact with so many people, to travel a lot, to experience and learn many things. Modeling is my background now, but I want in the future to be the woman behind the scenes rather than on stage. When I was a model, I always hoped that my future would be to design clothes for my own models or to be a sponsor of a show, or even the producer of a show. I like leading others more than being led, so I really hope that in the near future I will be able to cooperate with someone to open a show, and I myself would be the sponsor. As a model, actress or singer, I admit I haven’t gone into those areas very deeply, and the reason is simply that I want to do something bigger, something broader, such as being a film producer, a sponsor, and so on.” 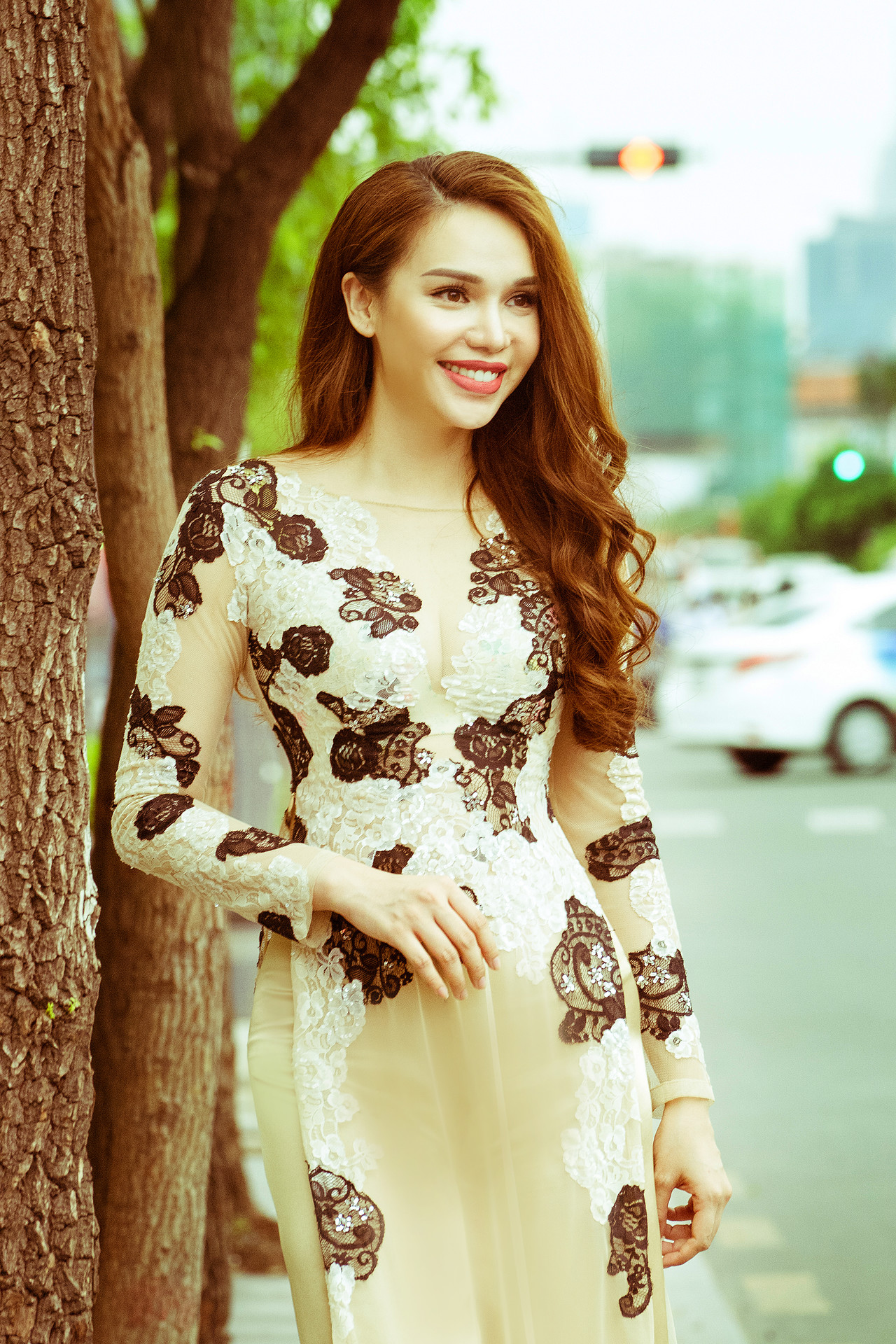 In the short term, at least, Dieu Han’s way ahead is back on track. Her store, D.H. Fashions—which specializes in modern and high-fashion consumer wearables—is the central feature of her plans for the future.

“Currently, I just want to make this business stable first,” she says, “to consolidate this fashion brand—and then later, I hope that this alone will create many other opportunities. Actually, before I opened a fashion store, I also invested with some friends to open a restaurant, but the problem was that I wasn’t managing it, and I wanted to be in control. Later on, I intend to do more business in another sector, but my first step is to develop the brand, which is still new. But even though we’ve only been going for a year, it’s already being distributed to one of the provinces, which means I have a wholesaler who sells for me, so I feel I need to boost brand development for D.H. first. That’s because the longer a fashion brand persists, the stronger it will be.”

Business may be her true passion, but that doesn’t mean it’s easy: “I think everything is difficult really, any field is a difficult profession,” she sighs. “The important thing is whether or not you have a passion for it. But even though this is tough, I like this very much, so it never bores me.”