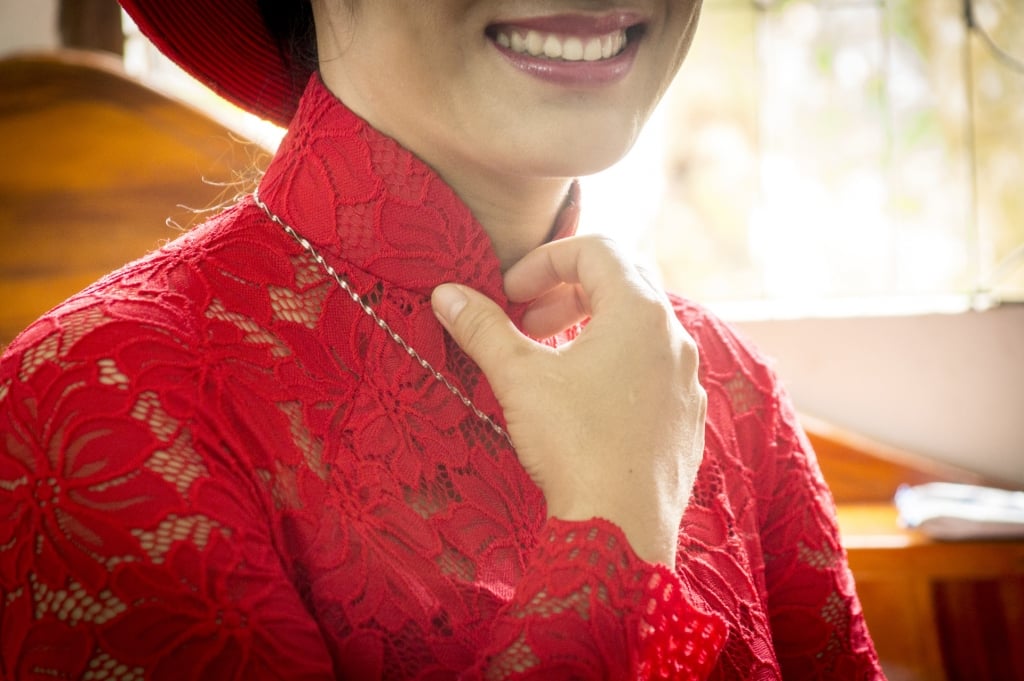 “I’ve met 25 sets of parents and have worn 50 wedding dresses,” proclaims Giang Anh,a 24-year-old medical student. “But I have never signed a marriage certificate.” Before you jump to conclusions, Anh is not a con woman out to swindle men, she’s a professional bride for hire and the grooms are her clients.

“My life sounds like a plot from a romantic comedy, doesn’t it?” says Anh. “Poor medical student trying to pay the bills by playing bride to men whose parents pressure them to settle down.” However, her role is not part of a film, it’s acted out in real life in Vietnamese society where traditional parents still expect their children to marry early – as young as 20. But the younger generation is hoping to break away from traditions, focusing more on building a career and marrying at a later age, while some require the protection of a heterosexual marriage while they go through gender and sexuality issues.

Royal Wedding, the organization Anh works for, is disguised as an event management company. It employs a large number of part-time actors committed to a single role—romantic partner—and solicit business on the internet or through other service intermediaries such as wedding dress boutiques or wedding photography studios. 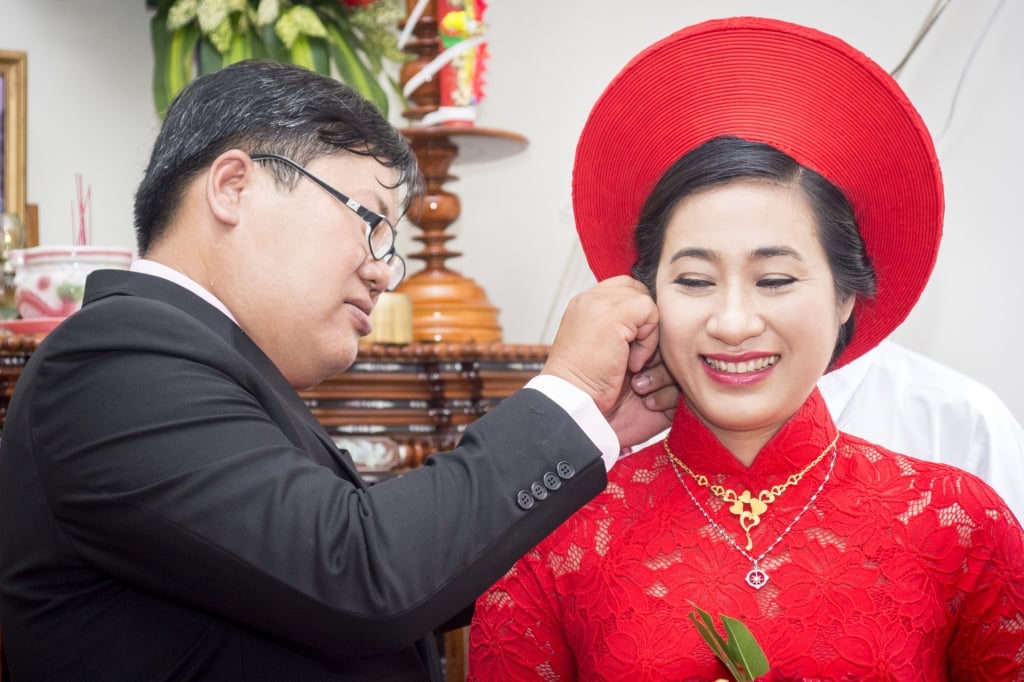 Her first assignment was nerve wrecking. “My first client was a gay man who couldn’t come out to his ultra-conservative parents,” shares Anh. “He had a good job and an image to uphold, but he lived in Hanoi and up north people aren’t as accepting of the LGBT community as we folks down south are. At 31, people were constantly asking him why he had never brought a girlfriend home or even to a party. He contacted my company looking for a southern ‘bride.’ We had a big wedding, just so everyone knew he was getting hitched.”

“I was so nervous I lost 2kg during the entire process. I couldn’t eat properly and I worried constantly that I might mix up my pretend parents’ names,” she continues. “His parents were nice people, conservative but nice. I had bouts of guilt for deceiving them. The wedding day was also during Valentine’s week and I had received date proposals from three guys in my med class. I remember the wedding ceremony… 30 minutes before the ceremony I clutched my cellphone and prayed those guys wouldn’t call me then I remembered that I could turn the phone off! I wasn’t thinking straight that day.”

In contrast, the equally fake divorce that followed three months later was a hushed procedure to which only the ‘jilted husband’ and his family were privy. The flashy wedding served its purpose—nobody pestered the newly divorced man about settling down again.

Other clients, on the other hand, use the service as a way to appease parents or uphold familial duties. For example, Anh’s male colleague was hired by a woman whose dying elderly parents didn’t want to see their only daughter left alone without a man to take care of her. They made her promise to marry before they died. A successful businesswoman with no interest in marrying before the age of 28, she hired a pretend groom to ease her parents’ worries. “What was she to do? Months away from the old madam and sir’s funeral and she was hard-pressed to produce a man lest her parents go to the grave still worrying about her. So she looked around and found us. It was a match made in heaven. No staged divorce required afterwards. Everybody was happy,” says Anh. However, not every assignment has a ‘happy ending.’ 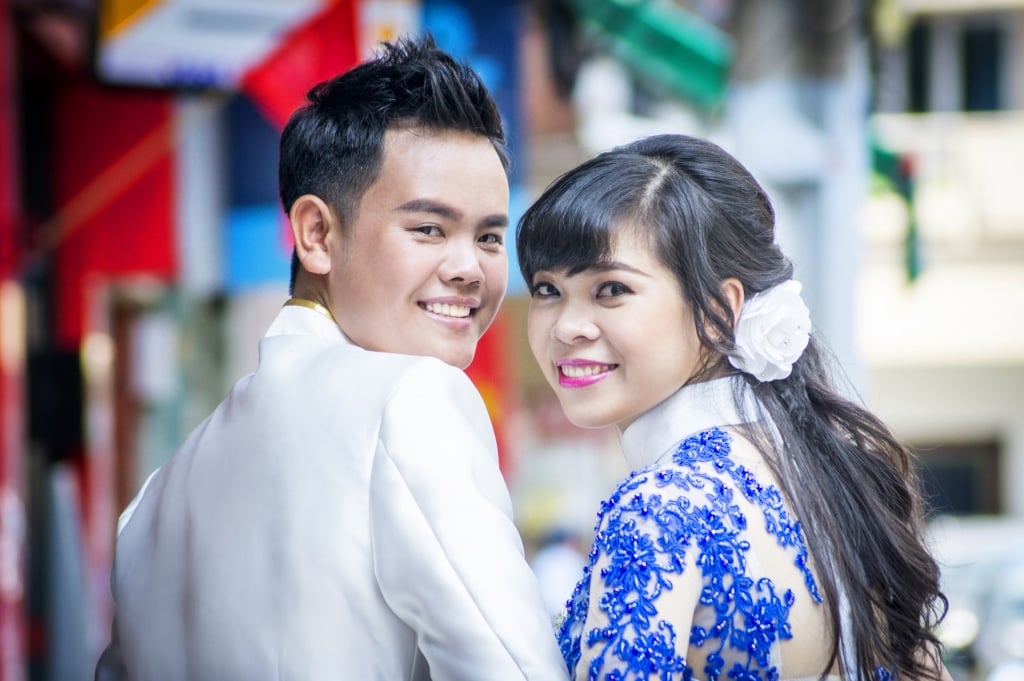 “Pregnant clients are the most complicated,” says Anh. There are no official statistics but Dr. My Hanh, head of the obstetrics department at Hung Vuong hospital, believes that one in every 10 babies delivered in her hospital belongs to a single mother. Every year more than 1 million babies are born in Vietnam. “You can say single moms created my new profession. The hire rate of groom to bride is three to one.”

“But there are few men willing to play pretend husband to expecting mothers,” Anh explains. That’s because they are put through far more stringent conditions. Not only do they need to be good looking, courteous, fashionably dressed and eloquent, they must also love children and be dependable because the service is no longer hire-a-groom, but rather hire-a-husband/father.

“We call them Mr. Perfect,” she shares.

Not unlike homosexual clients, single mothers are under societal pressure and, at times, outright ridicule. For some, being a single mother is a stigma that follows not only them but also their children for the rest of their lives, so the services offered by Anh’s employer serve as a protective cover. The hired husband performs every duty a real husband would (except for those in the bedroom), and a rental contract can be as long as a year post-nuptial and comes with a high price tag: VND200 million for the wedding, then VND20 million for each month after.

According to Anh, despite the high payout, her colleagues often refuse the assignments. “It’s the emotional entanglement,” she explains. “It’s not like a fake wedding where you are only required to look pretty and make good conversations with your client in front of the family and wedding guests. This is as close to the real thing as you can get. He takes care of her when she’s alone… which is a lot of the times. He consoles her when she feels down. He takes her to the hospital on the due date. He stays by her side after the birth. He is the face and the name her family and friends associate with the baby, but he’s not her real husband. You can’t go through something like that by just pretending.”

The process of choosing a hired wife/husband is extensive and modeled to the specific needs of the client and their situation. Beyond the immediately apparent criteria such as age, mannerisms, physical appearances and other less obvious factors such as background, education, zodiac and elemental signs – even the client’s parents’ preferences are taken into consideration.

“Some parents want their in-laws to be government workers or have stable corporate jobs, while others are happy as long as their children are happy,” she says. The level of services and fees that Anh’s company offers varies. The full package, which includes renting the groom/bride along with fake extended relatives, wedding planning, catering, photography services and even fake paperwork can cost as much as VND200 million. Or clients can choose the basic service of hiring a fiancée/ fiancé for a home visit to entertain the parents for a day or two, priced at VND2 million to VND3 million. 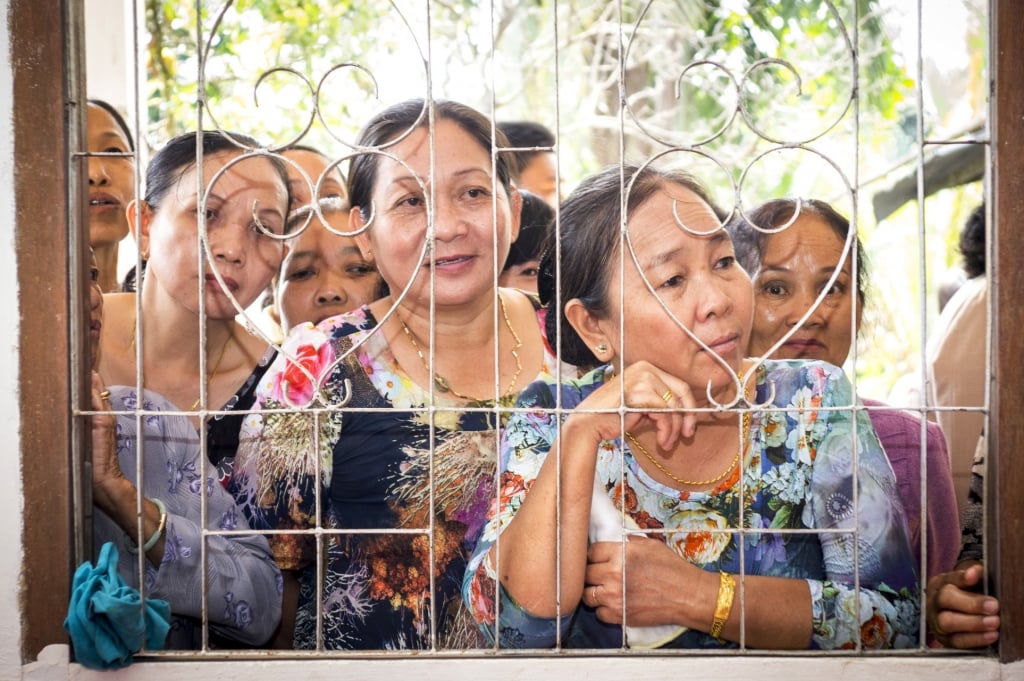 Royal Wedding even offers a three-year follow up service free of charge. “Sometimes we’d have a client requesting the presence of their ‘spouse’ for a parent’s visit or other formal occasions.” After the three-year expiration, follow up assignments are charged the usual rates.

Does Anh think what she’s doing is morally wrong and deceptive? “I’m probably the last person to be asked whether it’s right or wrong seeing as it’s how I’m making ends meet,” she replies. “But, in my honest opinion, we live in an increasingly complex society. Who can say what is right and what is wrong? The people who come to us have their reasons, and as long as they harm no one, do we have a right to judge?”

There is one thing she has learned from her years of working in the industry. “It’s frightening to see people living so recklessly and so naively. And I still get more and more work every day. When you get down to it, it is only in a society heavy with outdated preconceptions and fraught with intolerance that a service like this can exist and prosper. It’s easy to point fingers and say that’s illegal or morally wrong, but I think we should all look at each other with a more understanding eye.”