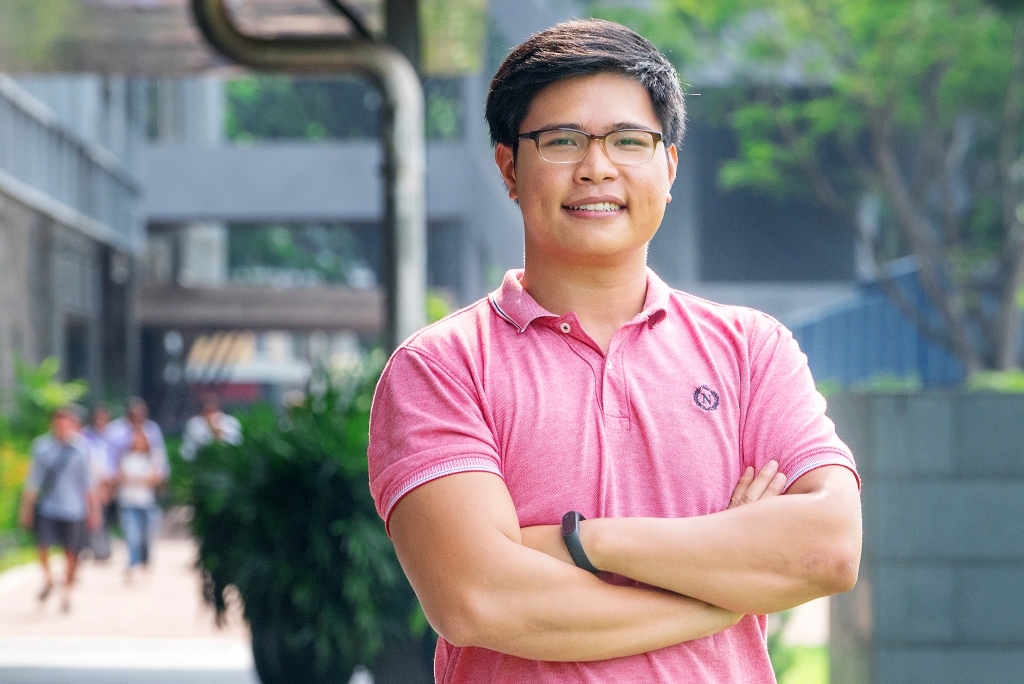 Vietnam is becoming a destination for studying, whether online or on campus

Several years ago I overheard a conversation between two expats and what struck me the most was what one of them said: “Play in the East, study in the West.” And while it may have sounded like somewhat of a truism at the time, throwing up my own university options, I’ve come to believe that the notion couldn’t be a more misleading one. With more options than before, whether they be online or in the increasing numbers of internationally-recognized learning institutions located in Vietnam, the glimmering prospect of having both your play and your study in the East is now more viable than ever. Oi speaks to two students who are making that dream a reality, both online and on campus.

Australian Chris is a long-time Saigon denizen and is midway through an online course. “I’m studying international relations through Murdoch University, and I love it,” he says. “And, in fact, a lot of what I learn I can apply to what I see living overseas. There are units on globalization, tourism, international business and a heap of other stuff. So it covers a lot of the aspects of living here in Vietnam. The other thing is that what I’m studying is quite broad and it gives me a lot of options for living overseas after I graduate.”

Chris teaches on the side to support himself. “The city essentially becomes my classroom. I get to discover Vietnam while going to class at different coffee shops. Sometimes it can get a little noisy, you know, maybe they play a little too much Celine Dion, but other than that it’s pretty good.” 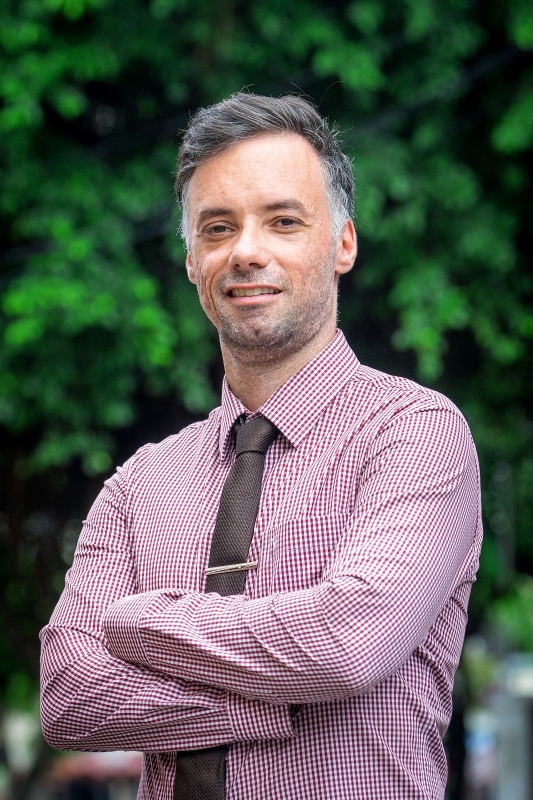 After moving to Asia, Chris realized fairly quickly that he liked it here and wanted to stay. “But I wanted to do it professionally,” he explains. “And so studying online seemed like the obvious choice. Mainly because I want to keep traveling, try new things and new places, and studying online fits with that.”

But there are some definite disadvantages, according to Chris. The social aspect is the first thing and the level of independence required to get those assessments in on time. “I think it takes a certain amount of self-discipline, definitely,” he says. “Studying over here can be pretty solitary at times. It would be nice to be able to hang out with other students studying the same thing and develop a connection with people on your wavelength. But that can be hard to get studying out here.”

Chris adds that Saigon’s vibrant expat scene makes up for the lack of student connection. “It’s really no problem for me. You’ve got all these cool places and all the social events going on here, I’m meeting new people all the time. It’s not like I’m just sitting alone at home all the time.”

Textbooks are another issue that crops up when one elects to study a degree on faraway shores. Getting them sent from overseas can be difficult, not to mention costly. But there are ways around it. “I tend to download a lot of mine from online and get them printed out for cheap at a photocopying shop,” Chris offers as a pro tip. “It saves a lot of money, and time.”

As it turns out, a lot of the materials needed for online courses are conveniently found… online. The reading materials, PDFs, pre-recorded lectures and slides can be downloaded by students as needed.

When it comes to exams, major cities like Saigon set up special testing locations in conjunction with associated learning institutions. “Once every three months I go there and sit the exam. There’s someone in the room watching called the ‘invigilator’ whose job it is to make sure you don’t cheat. They give you the test papers and then they take the test papers back at the end. That’s it.”

Chris makes a winning case for people in similar situations, bitten by the Vietnam bug but still needing that degree, and uneasy with the prospect of relocating back home in order to get it. For some the idea can be a difficult one. Studying online may just offer a more practical alternative.

“The best part about studying online is the flexibility,” he adds. “You can study 12 months of the year if you want, or just one semester if you want to do that. It’s up to you as the student as to how big or small your study load will be. For me, the advantages of studying online far outweigh the disadvantages. Finding a work schedule around my studying is very easy. I don’t have to work 9-to-5 here. It’s not at all difficult to find jobs teaching odd hours, which is really beneficial when you’re studying. The cost of living is much lower here so I can have a much more comfortable lifestyle. You work the study around your life, not the other way around. I’d say that’s a pretty big advantage.”

Twenty-five-year-old Vietnamese Duc graduated in 2012 from RMIT Vietnam with a Bachelor in commerce. He spent two years working for JP Morgan before deciding he wanted to change things up a bit, and headed back to school. Now he’s working with the university’s international student recruitment department and studying for his Masters there part-time. As part of his job, he jettisons around the globe trying to lure prospective international students to RMIT’s campus in Ho Chi Minh City.

“It’s a good job for me,” he laughs, having just returned from a university fair in South Korea. He seems to be pretty happy with the way things have turned out. But it wasn’t always that rosy. “In [local] high school I wasn’t a good student at all. You never could have imagined I’d be where I am now if you saw me back then. I’d just go to class, zone out, come home and play video games. School as I remember it was just a lot of sitting and listening, a lot of remembering dates and facts—dry knowledge. I got tired with all of that, I stopped trying to get high marks and just sort of slid through the system.” 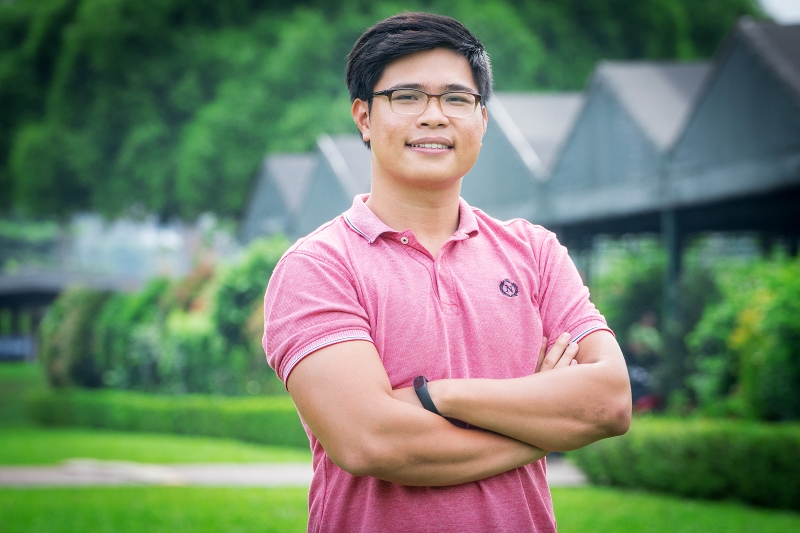 The turning point came with a tour day at RMIT. “I saw that things were totally different there,” he recalls. “In my imagination, the idea of going to university had always seemed quite boring. Vietnamese universities have this traditional way of thinking. You sit in a hall with two or three hundred other students and the lecturer crows on and on.” It’s a system that hasn’t really changed all that much since the mandarin schools of a thousand years ago: The teacher speaks, the student listens.

Some students struggle with the transition, unused to the kind of active participation encouraged at Western universities. “They trained for all their school years in the traditional education system and find it hard to change,” he says. “Some of them maybe enjoyed it that way and are doing well under that system. For the less confident it can be more comfortable. Some students are passive learners. But for other students who maybe struggle with the language barrier, for example, can be afraid to speak up. You have to keep in mind the different cultures and mindsets that affect people’s approach to learning.”

But it’s not just Vietnamese students opting to study here. Vietnam, Saigon in particular, has seen a burgeoning increase in the number of foreign students in recent years as more internationally-recognized learning institutes open campuses here.

“Before there weren’t a whole lot of foreign students studying in Vietnam,” says Duc. “And most of the ones who did were already living here, like Koreans whose families had moved to Saigon for business, but now there’s a lot more students coming over from Europe. They know Vietnam and Southeast Asia is the next big thing in the global market and they’re coming here to find opportunities, and to experience what it’s like to live in an Asian country. I’d wager more than 80 percent of them will get a job related to Asia after graduation. That’s the trend.”