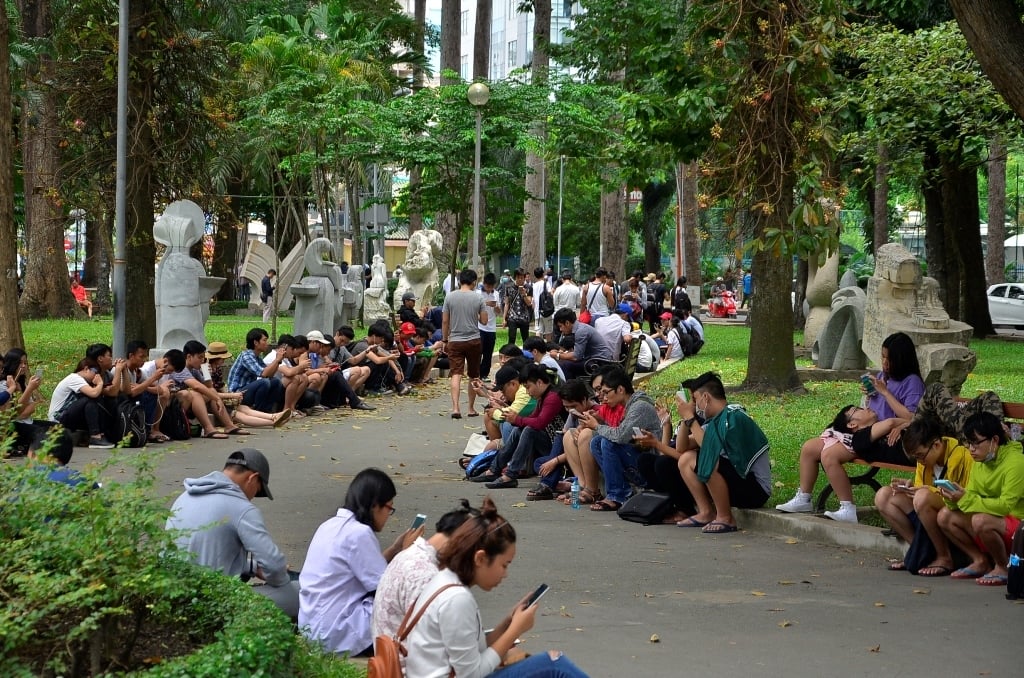 A phenomenon that’s stirring up fun, fans and a bit of trouble as well

Since launching in August, Pokémon Go has taken the country by storm, and globally it is already being named as the most viral mobile application of all time. Even before the game was officially released in Vietnam, scores were downloading it onto their phones, eclipsing other heavy-hitters like Flappy Bird and Candy Crush in no time at all.

For the uninitiated, the game has players scouring the city in search of virtual monsters using a digital map which overlays the real world. Players then travel to ‘Pokéstops,’ often public locations like parks, museums, train stations, and historical monuments, to collect Pokémon eggs and buy Pokéballs and potions. Many Pokéstops are located centrally in District 1, which some have sighted as a potential boost to tourism sites, with the Saigon Post Office alone home to two Pokéstops. Bitexco Tower and the Ho Chi Minh Museum also double as game locations.

Tao Dan Park in District 1 is reputed to be the most popular place for players of the game to meet. Players congregate and fight their Pokémon in ‘gyms,’ which are often placed over important landmarks, such as the Notre Dam Cathedral. Gyms are controlled by colored teams who battle to retain supremacy over these sites. Along Ton Duc Thang Street it’s common to see scores of young millennials with their heads in their phones, often still straddling their bikes, waging silent contests in the floating Pokémon realm, superimposed over the real one in its signature blue light emanating from their phones.

I encounter some players one afternoon by the river and ask why the game has become so fixating. “Well, I couldn’t catch a girlfriend, so catching Pokémon seemed the next best thing,” one young man laughs, mid-way through battling a Charmander. “It’s like re-living my high school days,” says another. “Only now I’m playing it all over the city and not just under the table at school.” 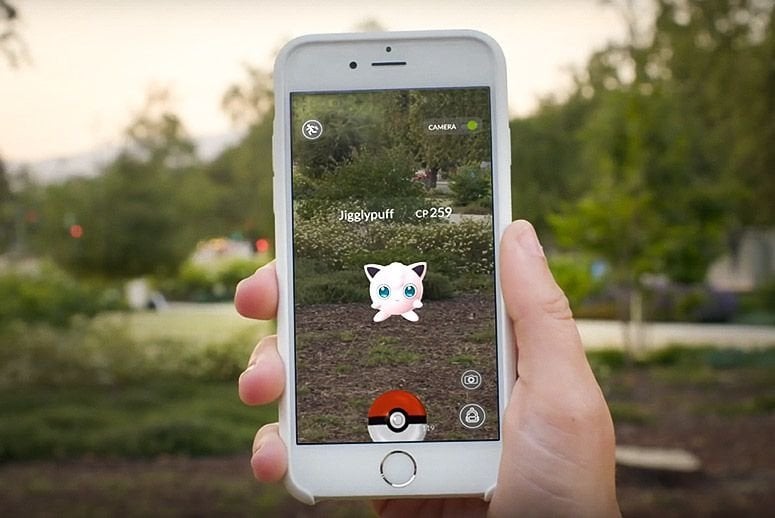 Vietnamese enthusiasts of the game have taken it one step further by attempting to cheat the system. They create fake public spaces in the Google Maps marker tool outside their houses, schools and workplaces. Local shop owners have also caught onto the craze, doing likewise in an effort to attract more customers. The idea being that the game will be duped into marking these spaces as Pokéstops so they don’t have to go out in search of the real thing. Google Maps in Vietnam has suspiciously begun to change since the game’s inception with many of these fake public spaces cropping up about the city in a phenomenon that is said to be uniquely Vietnamese, and a unique headache for Google, with requests for these new locations sent in “every two or three seconds,” according to the Google Maps team.

Players are also encouraged to rack up ‘miles’ to hatch their Pokémon eggs by driving around the city, often doing so phone in hand with the app draining battery power. The city’s taxi drivers have also been quick to jump on the craze and the opportunities it presents to make a quick buck by charging up to VND250,000 an hour to drive players about the city in pursuit of the elusive creatures, offering “air condition, music and free water” in an effort to entice customers in their hunt for more Pokémon. For many motorbike drivers, however, the game all too often serves as a tempting distraction in an already distracted city. Increase in both motorbike accidents and phone snatchings have already been attributed to the game.

The viral craze has even reached the outer limits of the city  where players can be encountered at all hours scouring the streets on their motorbikes, phones in hand, in search of the elusive creatures. 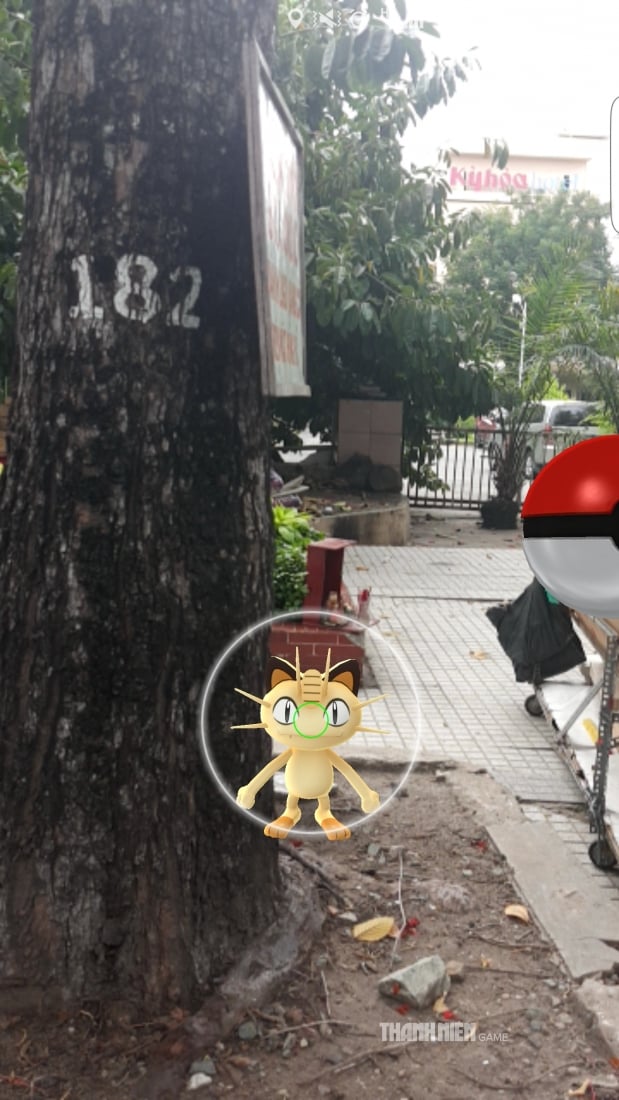 But while providing a boon to idle hands and minds, Pokémon Go has become a thorn in the side of military and government departments around the world. In France, the army has effectively added the game to its list of potential threats in the worry that dubious players may use the game as a front to infiltrate sensitive sites. In Indonesia, a Frenchman was arrested after inadvertently stumbling into a military base in search of Pokémon while playing the game, and subsequently let go after a good old-fashioned scolding. Meanwhile, in an ironic turn, the Indonesian cabinet secretary boasted to reporters that he had captured a number of Pokémon at the presidential palace in Jakarta.

The game has also been attributed to a spate of unlikely deaths, with insouciant players reportedly falling off cliffs and being struck down by cars, or negligent truck drivers engrossed in the game running down pedestrians. In Guatemalan, a young man was even lured into calculated ambush based on in-game locations and shot dead.

But it gets more bizarre. The game has been blamed for everything from robberies and road deaths to stampedes to, according to the Chinese military, a bizarre conspiracy plot between Japan and the US to undermine China’s military satellite secrets. Players in Bosnia have been warned to watch out for landmines while playing near risky areas, and an Egyptian cleric has gone so far as to place a fatwa on the game itself. 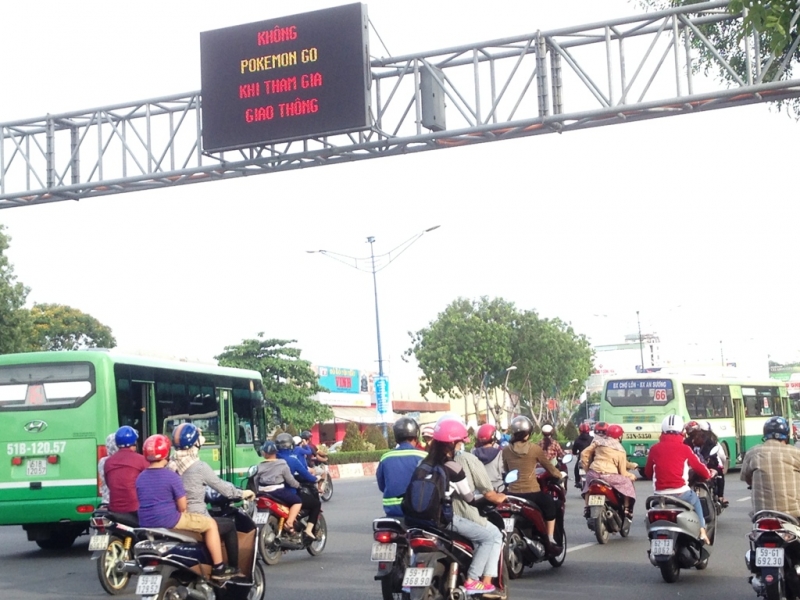 In Vietnam, the game has already prompted an official ban in government offices and around military and other sensitive sites. The government has also requested that the game developers remove Pokéstops from pagodas and memorials. Signs have even been employed across the city on busy streets such as 3/2 warning players against playing the game while driving, the first time such measures have been taken against a game before, in an effort to stem traffic accidents by neglectful drivers with their heads stuck in their phones, transfixed on the hunt for more Pokémon.

In Cambodia meanwhile the game has been banned from the notorious S-21 Cambodian Genocide Museum, Tuol Sleng, after tourists and locals alike stumbled onto its grounds in search of Pokémon, some even playing the game while being toured about the site and in the midst of all its horrors.

Thailand also wants to ban the game from cultural landmarks such as the Royal Palace, Buddhist temples and hospitals. Other Thai officials, meanwhile, have called for the incorporation of more gyms and Pokéstops in popular sites in an effort to boost tourism, pinning their hopes on the game and imploring the ministry to go so far as to create infographic maps with tips and locations of where best to find the virtual creatures, an attitude mirrored by Singapore retailers who have invested in Pokémon “lures” in an effort to attract more traffic to their stores.

Vietnam has one of the fastest growing smartphone markets in Southeast Asia, if not the world, with a burgeoning demographic of game-addicted millennials eager for their next fix, with sensations like Flappy Bird giving way to Pokémon Go. So it seems that despite the controversy, the game appears here to stay, at least for the time being, as its Pokémon-hunting enthusiasts, undeterred, continue their strive to “catch ‘em all.”