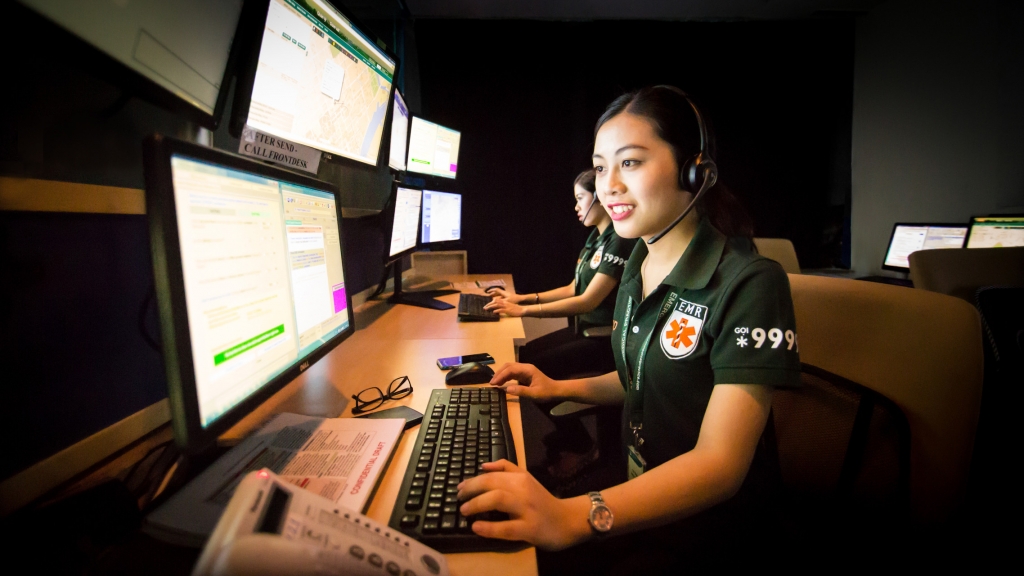 FMP’s CEO Dr. Rafi Kot, who has been the driving force behind the service, described its six ambulances as “mobile emergency rooms, each able to sustain life for up to 72 hours.” Eight emergency operators have been trained not only to cope with the intensity of emergency calls, but also to give life-saving advice such as guided CPR in cases where an emergency victim may have minutes to live without immediate medical attention. 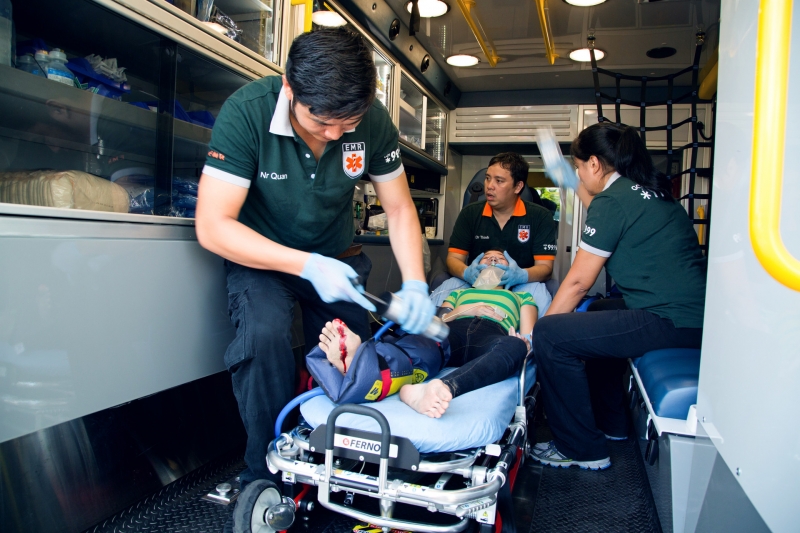 Vietnam’s official emergency line, 115, has been criticized for being overstretched and lacking medical equipment. Victims of heart attacks, traffic accidents, or other serious traumas, often take taxis to hospitals at risk of dying on route without medical attention.

“We are thriving to give peace of mind to the people of the city in terms of medical emergency response,” says Dr. Kot, adding the service goes into effect this month.

The General Statistics Office of Vietnam recorded over 8,400 traffic accidents nationwide in the first five months of this year, resulting in 3,588 deaths and 7,339 serious injuries. Last year saw almost 9,000 people die on Vietnam’s roads, and almost 25,000 suffering serious injuries. Roads do not present the only danger in the nation: drowning is a leading killer for children with an average age of two years old per victim in Vietnam.

Dr. Kot aims to increase FMP’s fleet to 10 ambulances by November, and eventually 35 altogether. In its initial months, the service will cover districts 1, 2, 3, Binh Thanh and Phu Nhuan but Dr. Kot hopes to add another district every four months until the whole city is covered.

“We are trying to overcome traffic,” he says. “We are going to position the cars in different places in the city so we will close the gap.” 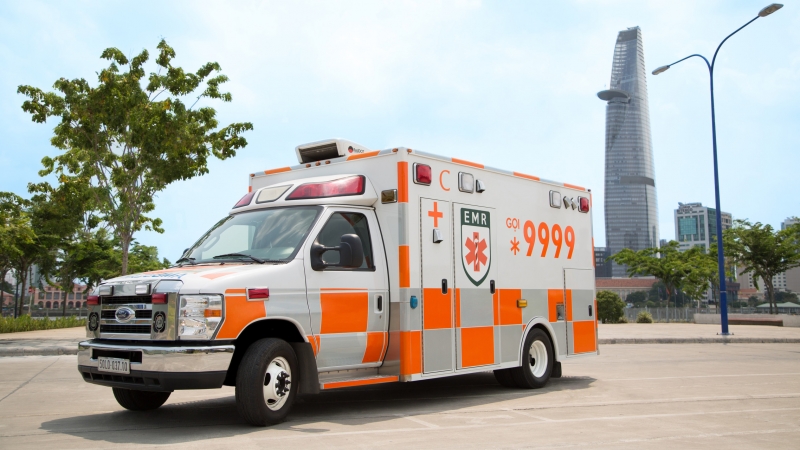 FMP pre-tested the *9999 system in March, mimicking a cardiac arrest in Saigon Pearl. In June, the Family Medical Team also held a mass casualty trial involving the ambulances, closing its facilities to bring all doctors, emergency teams and dispatch teams to the District 1 clinic. Dr. Kot says the target time to reach a victim is 15 minutes in the daytime and 12 minutes in the night. As the ambulances have high-tech features such as links that transmit a patient’s vital signs to doctors in FMP’s clinics, Dr. Kot explains the most important distance is between the ambulance and victim rather than between the victim and hospital. “Once you reach the patients, the emergency becomes an urgency,” he says. The patient will also be taken to the most appropriate hospital for their condition— not necessarily an FMP clinic. FMP screened over 1,000 bilingual candidates to fill the roles of emergency operator, which will increase to a team of 12 in the coming months. Dr. Kot hired a drama teacher to conduct role playing exercises and drills to improve performance.

The dispatch system is founded on ProQA technology from leading international EMR supplier Priority Dispatch, which has deployed similar systems to 1,600 call centers in over 52 countries. It identifies over 300 minor conditions from 36 chief complaints, ensuring the patients are properly diagnosed and the best resources for them will be at the scene. Furthermore, *9999 ambulances are the most equipped cars currently in service in Vietnam, containing telemedicine technology, extraction devices almost to every occasion and need, auto CPR units and the latest emergency equipment, which is used on par by leading OECD countries. The ambulances are far more equipped and modern than any in the region.

FMP’s service is subscription-based, with prices starting at VND575,000 per person per year for unlimited emergency calls.