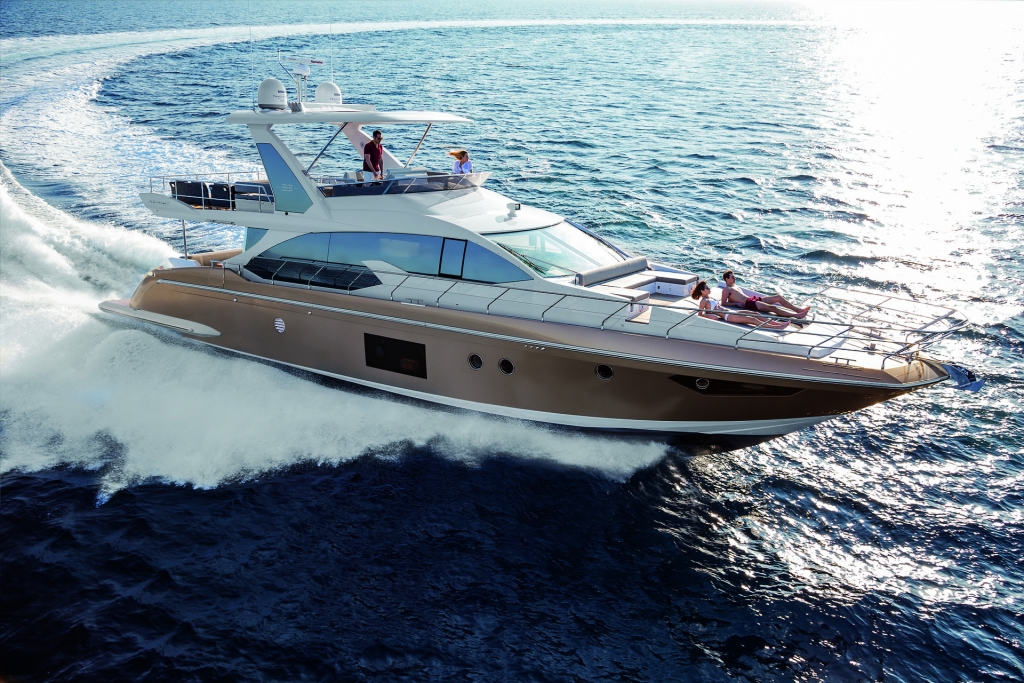 High hopes for yachting in Vietnam

With 3,260 kilometers of stunning coastline, Vietnam seems a natural fit for yachting. Countless bays are carved into the spindly country, and its rivers are easily accessible. Why then, are yachts still a rare sight? Besides the obvious point that not everybody can afford a multi-million dollar vessel, boating for pleasure has been hampered by strict marine regulations, a lack of infrastructure, and the relatively alien concept of sailing for the fun of it.

Marina projects planned for Danang, Nha Trang, and Vung Ro promise to change all of that. Regulations have also eased over the past few years, illustrated by several large catamarans skimming the shores off the central coast, and there are more rich people willing to splash their money on luxurious cars or boats.

Azimut Yachts is counting on an upturn in Vietnamese clients. The established Italian firm opened a Vietnamese branch last year— its first in Asia—to distribute its boats and develop the industry. 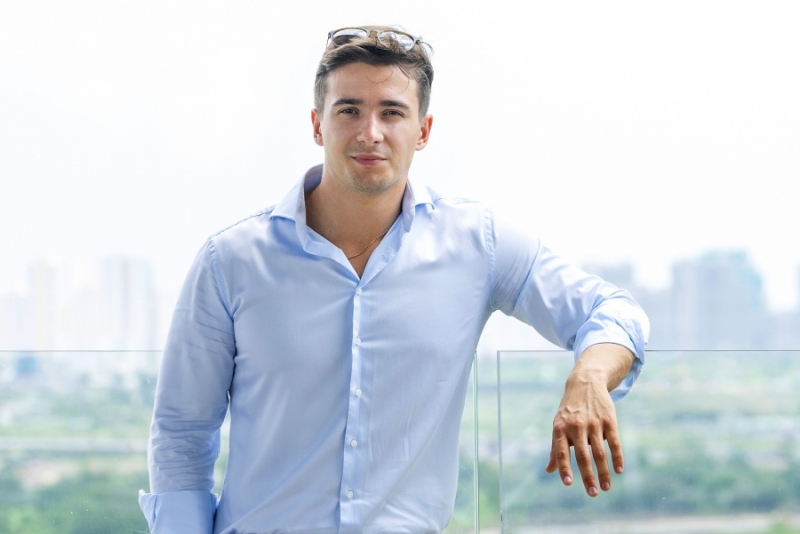 “It’s going to happen next year,” says 29-year-old Kirill Kuatov, CEO of Azimut Yachts Vietnam, on the forecasted boom of the pleasure boating market in Vietnam. “It’s not an overly optimistic inference. It’s purely realistic, quite grounded, based on visible factors. The marina in Nha Trang is a very good sign for us and for everybody (in the market).”

Most people in the nation’s boating business would agree with Kirill: Ana Marina in Nha Trang will elevate Vietnam’s yachting scene to an international level. Locally-based Focus Travel Company began constructing the VND388 billion project in July 2014 after being approved the capacity for 300 yacht berths. Its shipyard is currently building two boats—a 26 meter catamaran and a 24 meter yacht. A 300m breakwater has already been built at the site along Pham Van Dong, Vinh Hoa Ward, though work is still underway for an initial 70 berths.

Focus Travel has not announced an official completion date although Kirill says it’s likely to be in early 2017. It will provide a base to explore central Vietnam as well as offering crucial opportunities for maintenance. “People will feel more at ease using a yacht,” adds Kirill, who is originally from Moscow and joined Azimut eight years ago as a sales manager. 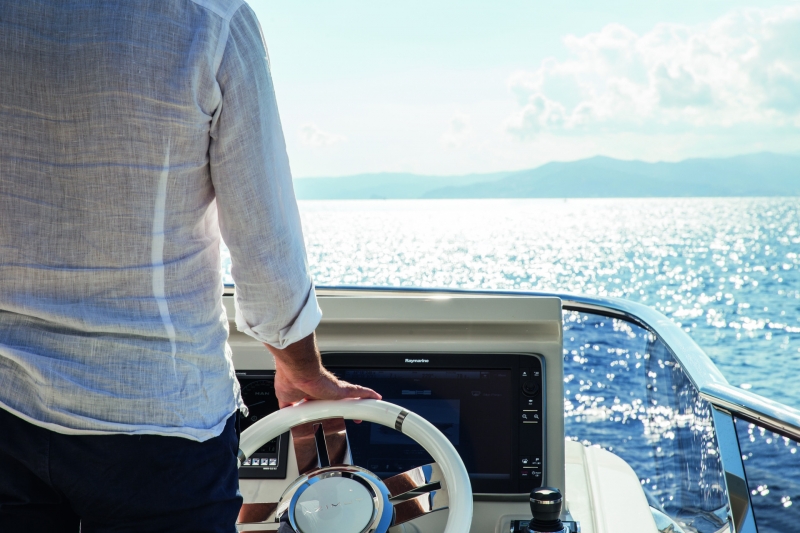 There’s another marina being developed just north of Nha Trang in Vung Ro by Singapore’s ONE o15 and Vung Ro Petroleum while even further north in Danang, DHC-Marina is constructing a marina 160 meters away from the iconic Dragon Bridge. High-end residential projects such as VinHomes Central Park in Ho Chi Minh City are making space for yachts, too.

Kirill says customers who will buy their boats include rental businesses, which show “a lot of potential,” and the slice of Vietnam’s young population that are enjoying booming incomes.

“If you generalize, our clients aim to surround themselves with beautiful things and create a certain lifestyle, meaning they know how to indulge themselves. The population of Vietnam is quite young for the most part. It introduces a big difference from European clients (who are older).

“What is peculiar about the Vietnamese market is that we see it will develop massively in medium size boats, from, say, 14 to 15 meters, whereas in Europe they tend to start from smaller sizes and upgrade themselves over the course of years.

“Here they have that sense of community, always tending to group up with like-minded people. Families are quite numerous, and what they need is big boats with a certain number of cabins. It’s not a one-man trip or not the way it exists in Europe where a couple may spend a weekend on a boat. Here that couple will tend to invite their friends.” 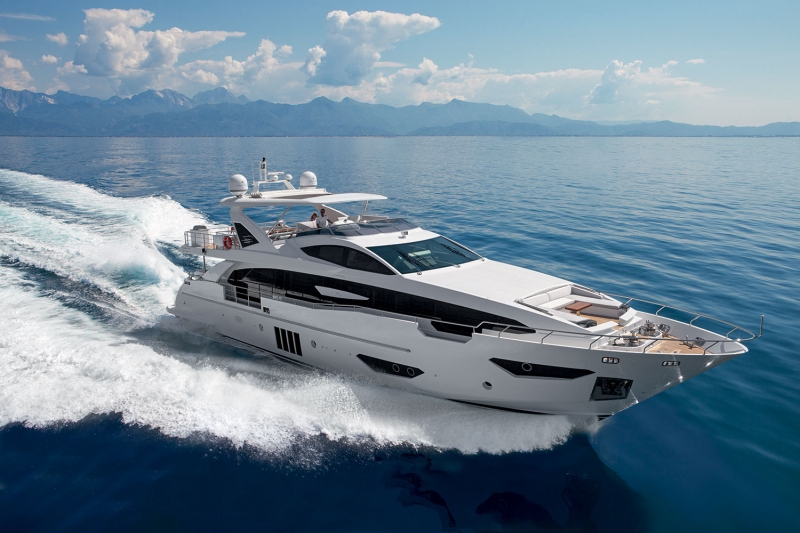 Instead of yachting for sport, Vietnam, like other new markets, will revolve around recreation, predicts Kirill, who is expecting a speedy pace of development. “We have been here for slightly more than one year; over this timeline the situation changed dramatically. Finally we are seeing local investors moving their capital into yachting developers, building infrastructure facilities like yacht clubs and marinas. Once they appear, which will happen very soon, at the beginning of 2017, the situation will change even more.”

Those with enough cash to get into boating are typically faced with three options: a boat, a yacht or a mega yacht. Kirill explains that boats are usually six to 12 meters long and cost between USD60,000 and USD400,000. Super yachts, the kind of floating palaces on which Russian oligarchs like to sunbathe, are 30 meters long or more and cost anything upwards of USD7 million dollars.

Medium range yachts are 12 to 30 meters and cost from USD450,000 to USD7 or USD8 million dollars. It’s this second option that Kirill says will be “the most visible” in Vietnam where first-time yacht buyers are likely to spend from USD1 to USD3 million and dock their toys in front of their private residences. Needing a crew of at least one captain and an assistant, these vessels have a size more suitable for sailing on the sea rather than rivers. 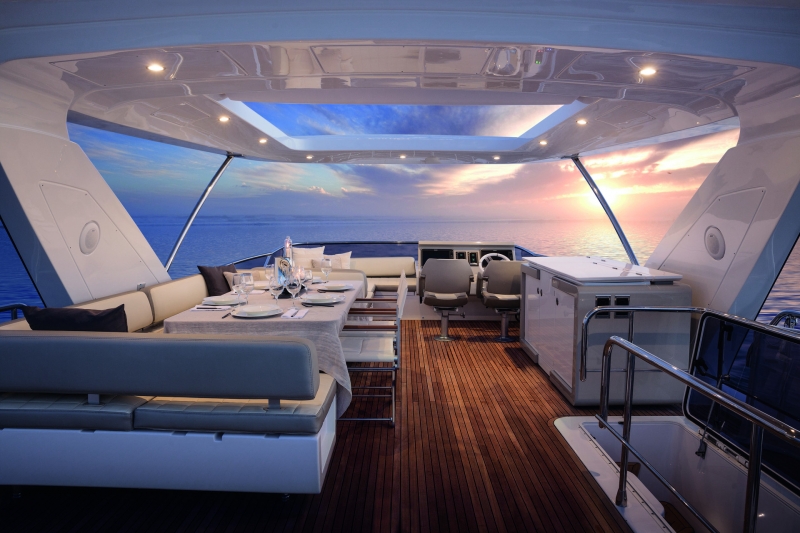 Azimut Vietnam has secured deals on a yacht and two boats so far this year, according to Kirill. “It requires a bit of time to have more impressive numbers,” he adds, estimating there to be 60 to 70 boat owners in the country of which 10 to 15 are yacht owners.

The Route of the Problem

From limestone karsts to golden sands, Vietnam isn’t short of attractions that are best seen by boat, but, as the country is new to yachting, routes are still being established.

“Routes have to be created by people,” Kirill explains. “Where we are now, there’s no experienced routes. Where can you go on a yacht? You could plan a longer trip; go to Cambodia, Thailand. You can go to Phu Quoc. It’s an amazing island which has a lot of upsides compared to Thailand. You can go to Nha Trang, which promises to be a perfect destination—people will have the possibility of keeping their yachts there. Speaking about the north, it’s Halong Bay, a UNESCO World Heritage Sight. Those who start yachting in the north will stay around Halong Bay. There are yachts there already.” 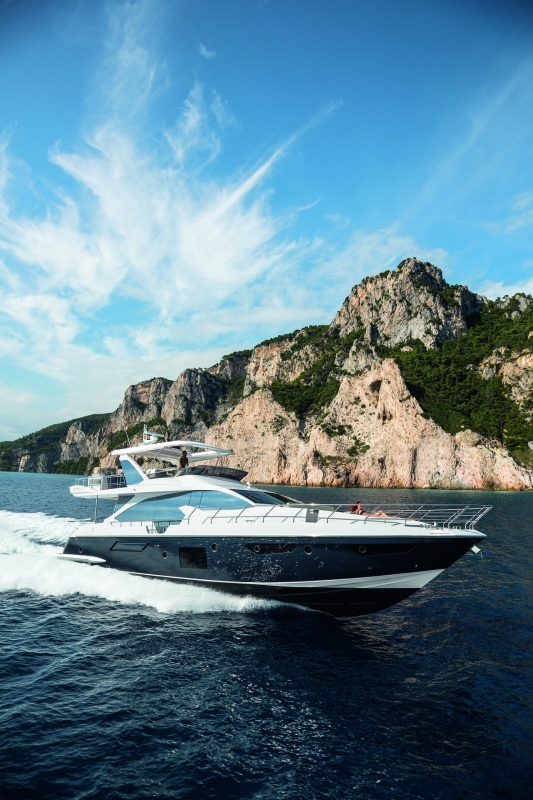 In the past decade, traveling Vietnam by motorbike has become an internationally renowned adventure. Swapping a rusty Honda Win for an Azimut 72 (only a mere USD3.5 million more) could be the new way to see the country, taking two weeks from north to south if rushed, or perhaps over a month if done leisurely.

“Vietnam is one of the countries with the highest rates of tourism development in recent years. Its culture and story are very interesting. It’s a mixture of cultures, which eventually developed into something really unique.” Aside from the current dearth of large marinas, Kirill cites the general lack of awareness about recreational boating as the biggest challenge his company faces in Vietnam.

“In some ways, boating and yachting development goes in a slightly wrong way because of a lack of knowledge about what you have to pay attention to when buying a yacht or boat. This is something we’re personally working on. Conveying messages, giving more insight about how the market operates, what’s important and what’s less important.”

Naval architect and marine engineer Michele Lauriero who works for Corsair Marine International in Vietnam believes the country’s boating infrastructure is near a point where the doors can be confidently swung open to the world of yachting. He wrote on a LinkedIn blog in January 2016 that the sea plays a vital role in the nation’s economy, with more than 20 major commercial ports managing huge volumes of imports and exports. On top of this, he recognized shipbuilding as “becoming one of the main thrusts to the national economy” and the increasing quality and choice of maritime tourism trips. 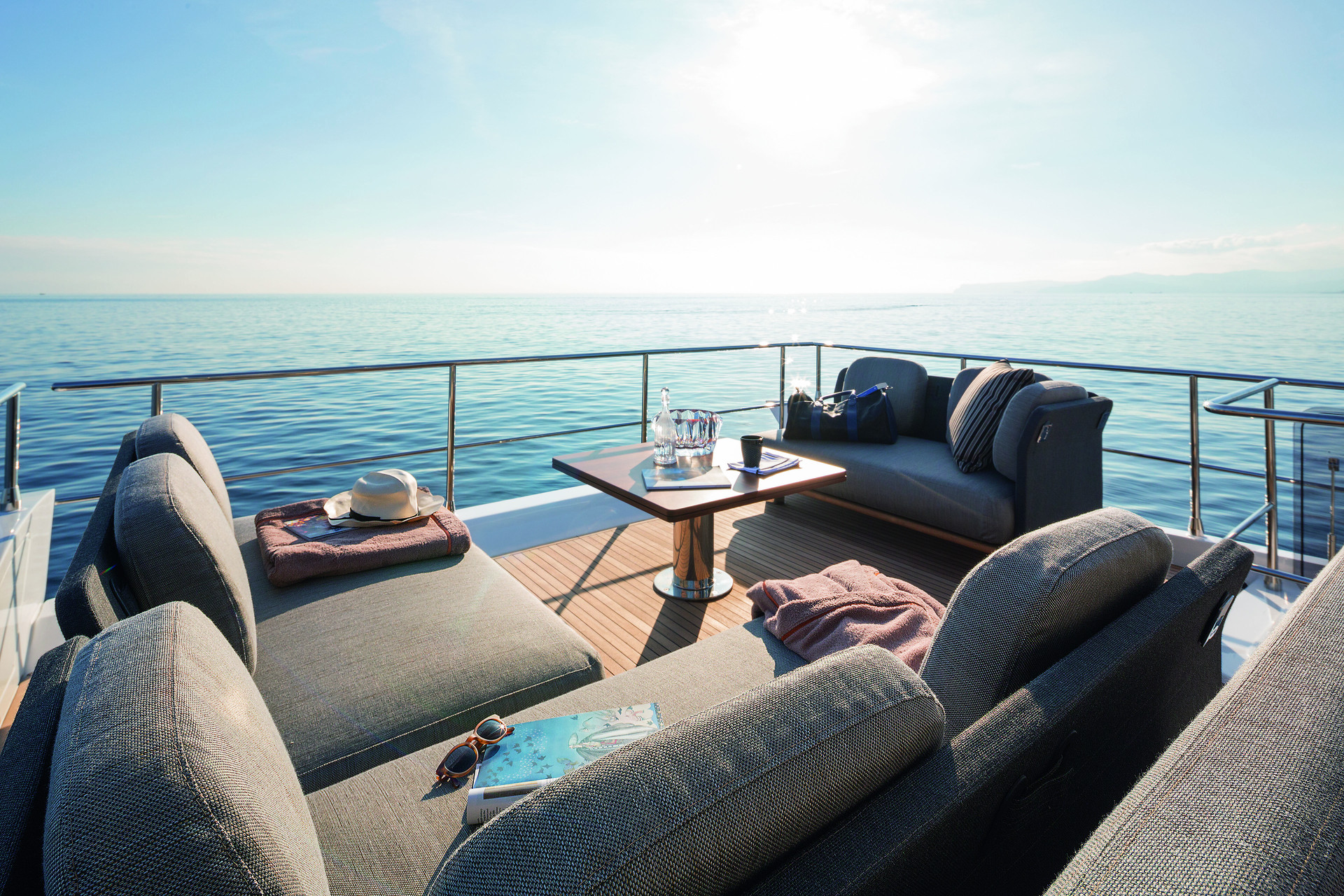 “Despite this fast developing of the maritime economy and tourism, in Vietnam the yachting industry is still sluggish. Unlike other regional countries, such as Malaysia and Thailand, where maritime tourist and yachting industry development seems progressing together, in Vietnam it is really very rare to find a yacht. This seems to be a kind of paradox of this fast growing country where for sure (it’s) not missing rich people able and willing to buy the ultimate luxury toy like a motor-yacht or a pleasure sail boat!”

Michele ascribes the delay of the yachting in Vietnam to its poor infrastructure and not to a lack of interest among consumers, many of whom are interested in buying a yacht or small boat. “But today something is changing. In the immediate future, the possibility to own and manage a personal boat will become real and accessible to many people, and with the number of extremely high-end consumers available today in Vietnam, the market of luxury boats will have a real big potential in this country. International yacht building operators are advised: start to look in this part of the world, which most probably will represent the next frontier of your commercial activity!”

Kirill adds that although Thailand probably has the biggest market in Asia, companies and customers are showing a lot of interest in Vietnam. And he hopes people will shake off the misconception that yachting is purely about luxury. “Yachting is not about luxury in itself. It’s about having a different outlook. Looking at the same thing from a different perspective. You can’t even imagine what your own country looks like from the sea. It always has implications of being a little romantic in a certain way. It’s something I’ve always loved.”