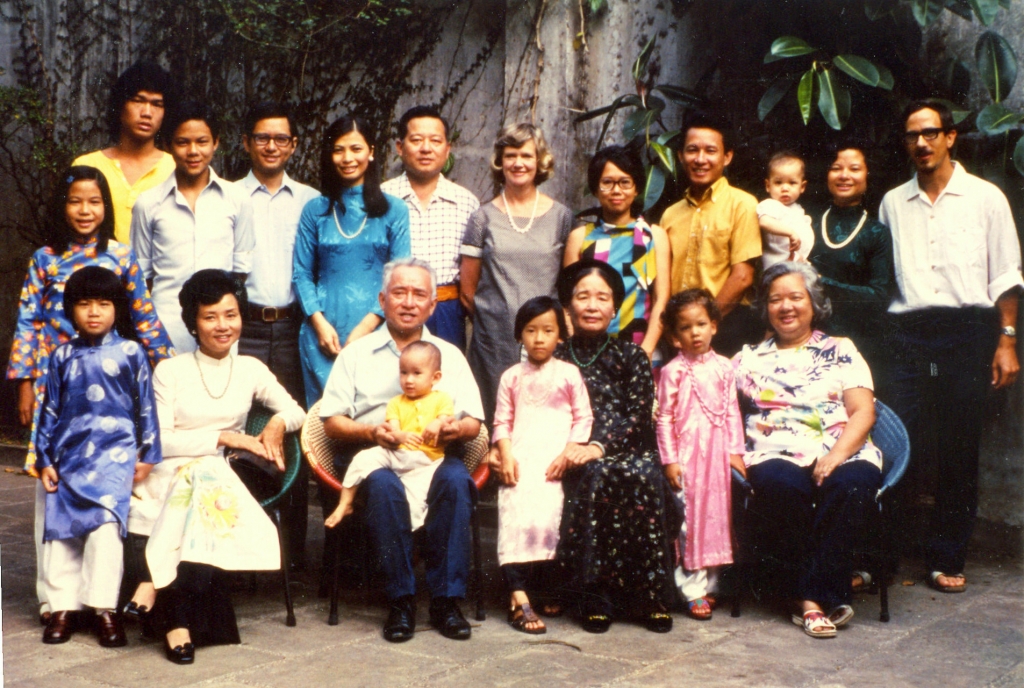 The one that went and the one left behind

Few words engender feelings of warmth, safety and belonging like “family.” Especially this time of the year, when Vietnamese families the world over gather for a few precious days of merrymaking, overeating and good-natured gossip. For some, it’s literally the only respite from an unforgiving work schedule, time to revel in the embrace of family.

I was born in Vietnam. Growing up in the US since the age of two, I was blissfully unaware of the world I was born into, a country which no longer exists. In fact, I was perfectly happy being a ‘banana,’ yellowy Asian on the outside, more white than anything else on the inside, living in suburban Virginia, going to the best, predominantly White schools, hanging out with my conspicuously pale, homogeneous group of friends with little thought to where I came from.

But the story of my childhood, and now, of my present, is a tale of two families. One that went and the one that was left behind. 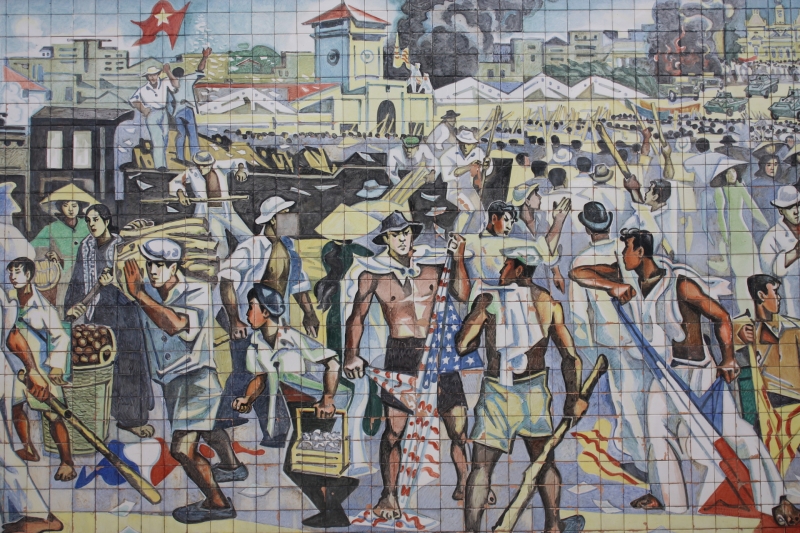 My father’s family came from Thai Binh, 100 km south of Hanoi. Part of the Bac 54 movement (Northerners who moved to the South in 1954 as France lost its grip on Vietnam), they settled in Saigon. My grandfather was a civil servant and old family photos tell a tale of carefree children with good teeth, fashionably dressed, posing in front of a landscaped garden with an automobile in the background, servants to help around the house.

Even then, my father’s family was open-minded, sophisticated, well-traveled. My own parents got married in Germany while away on scholarship, my father also studied in France and Morocco. One uncle met his Australian wife on a cruise. Another aunt met her Swiss husband while hanging out in a kibbutz in Israel. Yet another uncle was stationed as a diplomat in Paris, London and New York. Photos show graduations all around the US. To this day, I find it surreal that I have sets of cousins who look nothing like me, including some with the blondest of hair. 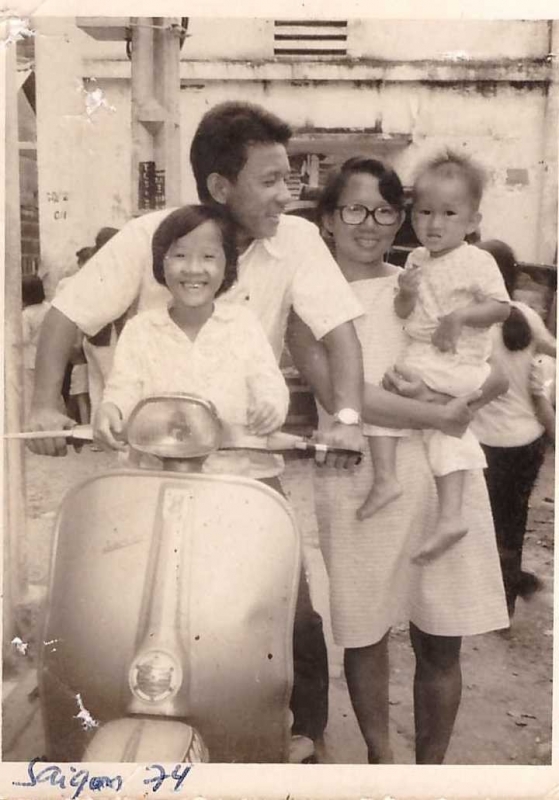 My baby book, a surprising recent find after being safeguarded for decades, shows glimpses of a comfortable life. A smiling family of four, perched on a shiny new Vespa, which I’m told was quite the status symbol in the day. My mother, dusting sand off my one-year-old feet on a visit to Cap Saint Jacques, the French coastal playground now known as Vung Tau.

The only person in my family to go to war was my Uncle Giap. He came home uninjured but no longer whole. A few years later, and three years before I was born, Uncle Giap took his own life. I still hear the heartbreaking wistfulness in my father’s voice on the rare occasion he speaks of his brother, younger by four years, the one uncle I never knew. In old photos, I see kind eyes looking back at me. How much did his suicide have to do with the things he experienced as a soldier?

Now the war was no longer just on the fringes of consciousness. It was inexorably moving towards Saigon. In those final moments, my parents tell me they spent every waking minute listening to the radio in a torturous, helpless exercise of tracking exactly how close the front lines had become. The end of life as they knew it was measured in days and hours, not weeks and years. 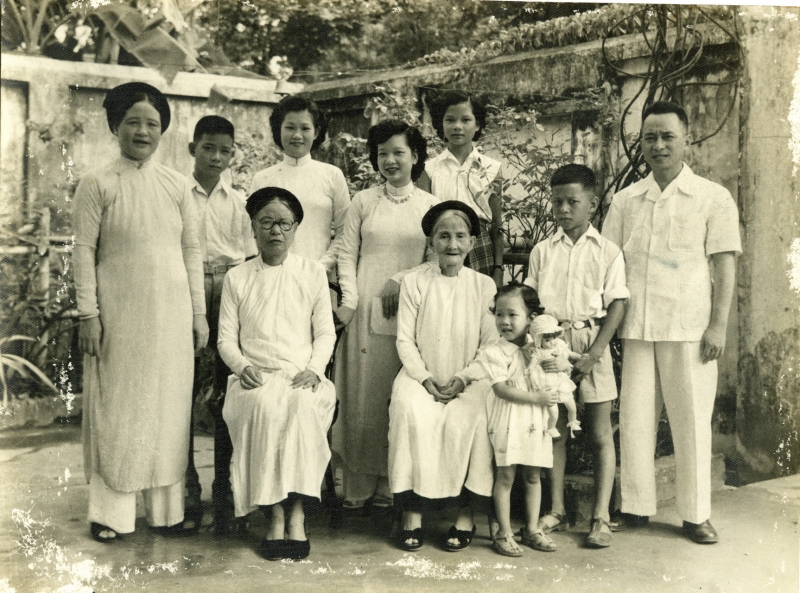 One of my aunts, who had by then returned from a study tour in the US and gained citizenship, went to the US Embassy in Saigon to arrange evacuation. She was told there was no space. Undeterred, she went directly to the airport and was able to sign herself up along with our family for evacuation. My mother recalls they had less than one day’s notice. What do you take when you have just a few hours to liquidate your entire life? Even though my maternal grandparents lived only 15 minutes away, in the confusion and panic, there was not even time enough for good-byes. We left five days before what is now called the “liberation” of Vietnam, before the infamous scenes of people desperately clinging to the last few helicopters. My mom tells me that the night we left, I asked my parents why we were still outside at night despite the curfew.

The word “curfew” should not be in any two-year-old child’s vocabulary.

The Weight of History

Safely in the US, though, our family photo albums depict a happy kid who rode ponies and hugged Disney characters, as always, shielded from the past. But over the years, small chinks appeared in the armor. 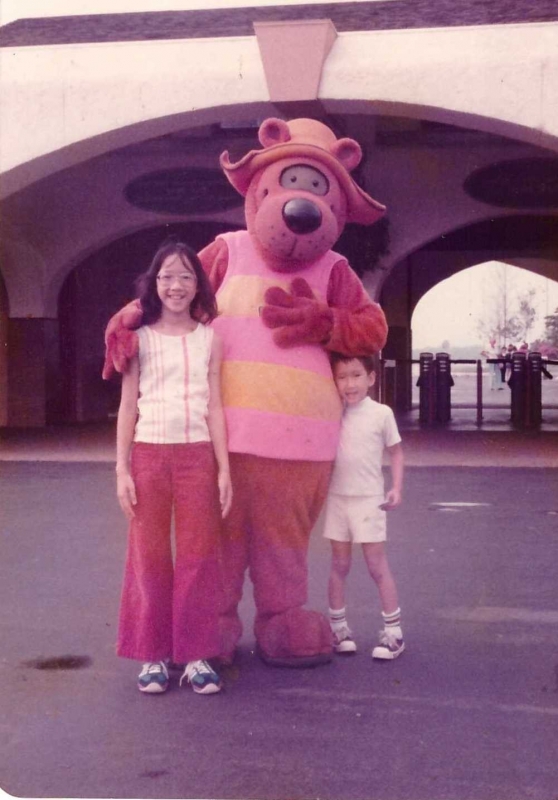 I vividly recall one late afternoon in 1977. I would’ve been four. My mom was drying her hair with one of those old fashioned contraptions that included a light green plastic bonnet, a hose and a very loud fan. The phone rang. In an instant, my mother was doubled over, sobbing inconsolably over the news that my grandmother had died in a land far away. The one there was no time to say good-bye to. A kind woman who I had no memory of. Part of the family left behind.

Then came the war on Iraq during my teen years. Again, there was 24/7 coverage of war, but this time with live images. My father was transfixed. Not only did he watch the news when he was home, he taped it when he wasn’t. Even after all those years, he had an intense visceral reaction to what he was seeing, the final crack in the floodgates of his memory, a trigger which led to more serious issues that carry on until this day. I have never asked him what terrible things he must have seen in those country provinces long before I was born. I’m not sure I want to know. 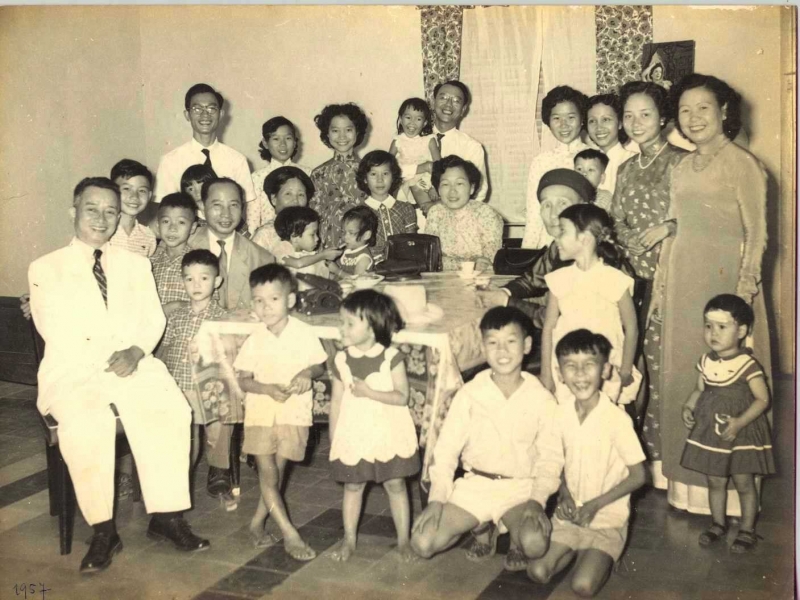 The young are rarely burdened by the weight of history. It’s usually when we see our lives as history mostly written that we start looking back. My parents have since come back to Vietnam on many occasions. They marvel at how much everything has changed. I tell them of new 50 story buildings going up and mega cities being planned.

This is actually one of the reasons I’ve decided to come back to the land of my birth. I’m no longer happy being a ‘banana’. I want to know the country that shaped my parents, even though that country, on paper at least, does not exist anymore. Later on, most of the family left behind did manage to come to America. But by then, my maternal grandfather was wizened and shriveled, a toothless shadow of what he once was.

Even if I wanted to forget my childhood connection to this country, I can’t. It’s everywhere I turn, even now, almost 40 years later. It’s in the mural that I pass by three times a week on the way to my tennis courts, defiant faces ripping foreign flags as fires rage in the distance. 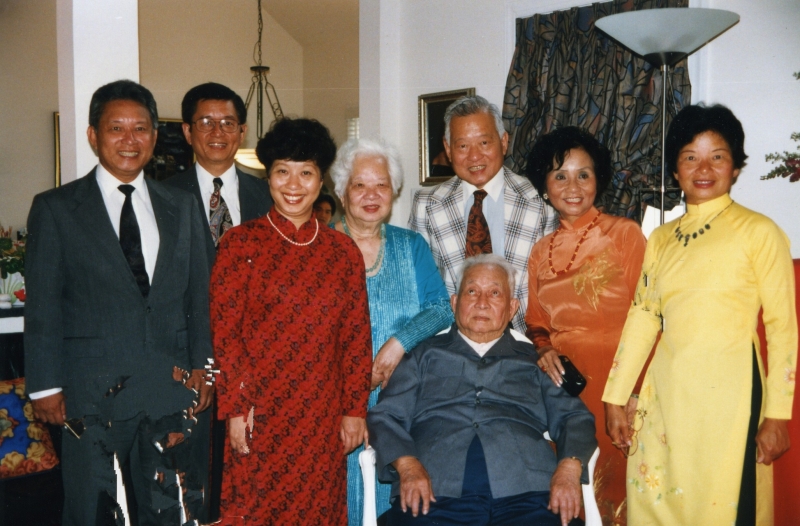 It’s in the landscape of the city, previously known as the Pearl of the Far East. Where are the slick monorails of Bangkok or the impressive skylines of Hong Kong?

It’s in the missing tip of the right forefinger of the security guard who scans my parking pass, an all too common sign among men of a certain age who voluntarily amputated their trigger finger to avoid a soldier’s life.

It’s in the gaunt face of a woman I randomly met who happened to have been in the same graduating class as my mother and taught at the same all girls’ school as she did. I came back to show her a recent photo of our family and she stared at my mother’s now aged face for a long time. “I hardly recognize her,” she told me quietly of a friend she hadn’t seen in nearly four decades. “I remember your mother as a very pretty girl with a round face.” I don’t know if the years have been kind to her either. Or whether this was the life she envisioned for herself.

It’s in my childhood home that I drive past in District 3, strangers now living in it, squatters who had their pick of homes abandoned by the fortunate / desperate. Whenever relatives come to visit, they always ask me to drive them by there, though never entering, as if to try and cling to a dream in those ethereal moments between sleep and wake. I wonder whether it still looks anything like the neat, cheerful home in my baby photos, filled with toys and books?

All I know is that the past has shaped my present. Then and now. Empty and complete. East and West. While I straddle both worlds, I’m not sure I can say I truly belong in either. But I know my family will always be there to help me figure it out, both the family that went and the one that got left behind.