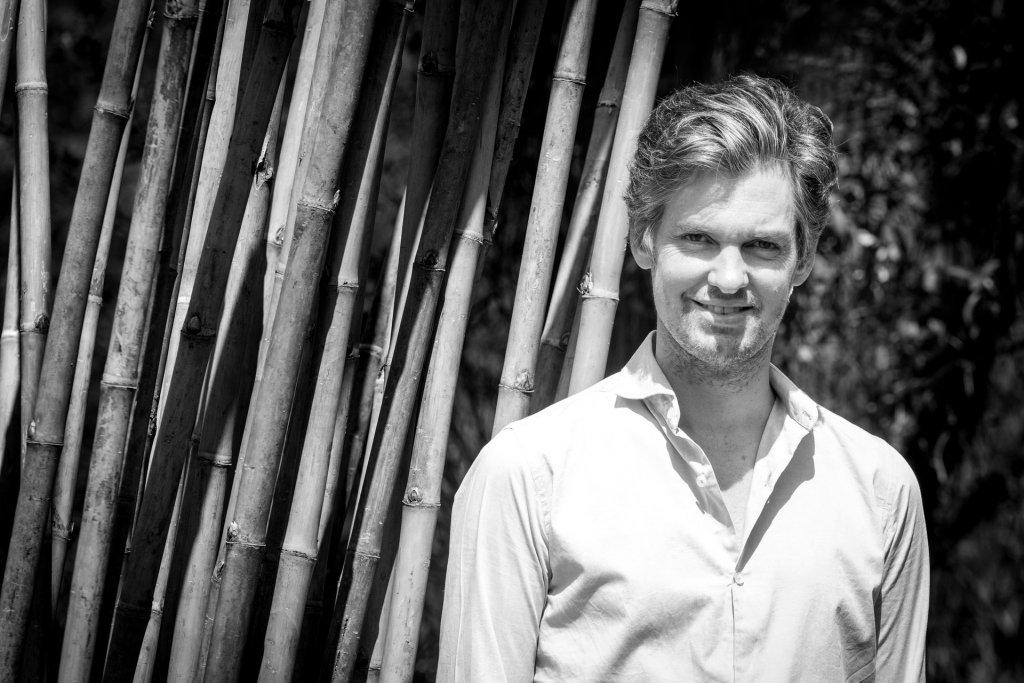 On a typically sweltering saigon day, the type that makes you thankful for air conditioning, the office of T3 Architecture Asia is cool and comfortable, located down a lush alley in the Thao Dien neighborhood. Not surprisingly for a firm that has designed myriad cutting-edge projects across Southeast Asia, including the recently opened Belgo brewery in District 1 and the redesign of Le Beaulieu Restaurant at the Sofitel Metropole in Hanoi, their headquarters has a sleek, rustic-meets- urban aesthetic with wood plank walls and polished concrete floors. What is surprising, however, is that the air conditioner is not on.

It’s a testament to a growing movement known as bioclimatic architecture, and at the forefront here in Vietnam is Charles Gallavardin, founder of T3 Architecture Asia. Piqued by the prospect of dramatically reducing the need for air conditioning, we met with Charles to learn more about this emerging design form and its potential to change the future of Vietnam’s energy consumption.

“You just have to go back to basics,” shares Charles. “A large, overhanging roof can protect your façade from direct sun. You want to avoid having too many windows. The more windows you have, the more heat will come into your building.”

A layout that allows air to flow freely through the structure is another major component, as he explains pointing out Kokois, a warehouse they helped convert into a café and concept store just down the street from their office.

“We used the existing structure as much as possible and opened both sides of the building to allow the air to pass through,” he notes. “We opened the roof in the central part so that hot air can rise out of the building. Then on top of the existing roof we put another structure with palm leafs above to have what we call a double ventilated roof that protects the building from direct sun. It keeps it quite cool. Of course, there is still a small air conditioned room in case you want that during the hot season.”

Equally important is building orientation. “If you are facing east or west with a low sun coming through your apartment, you will have to push the air conditioning at full power to be comfortable.”

While the architect admits it’s difficult to give an exact number on just how much energy a bioclimatic building can save-that depends on the location-it’s safe to say that it uses at least half the amount of energy as a “non-bioclimatic” building. “Air conditioning accounts

for around 60-70 percent of a regular building’s energy consumption. It’s a huge portion of the electricity bill,” he says. That’s not to say the air conditioner is completely obsolete just yet, as he goes on, “When you are located in District 1 in Saigon, for example, you will still need to close your office building because of noise and air pollution.”

His project with perhaps the biggest implications for the developing nation is the Tan Hoa Lo Gom Low Cost Housing Pilot Project. In 2005, Charles teamed up with the World Bank to design the four-story building, which is located in District 6 of Ho Chi Minh City. “It was built for people resettled from a slum area. We did it with an NGO more than 10 years ago and it was a real success because it’s one of the only social housing projects really well designed for the people living there. Almost all of the families who were resettled in that building are still living there 10 years later.”

Employing the steadfast techniques of solar protection, natural ventilation, and a double ventilated roof, the project managed to lower the inhabitants cost of living while also meeting their lifestyle needs. “If you compare it with official social housing projects in Vietnam, if the building is 15 stories, for example, then you’re going to have an elevator with lots of maintenance and operational costs that are really too high. Also, these are usually people who work on the street and need to be connected to the street. If they live on the 10th floor, it’s really not adaptable for them.”

By using local materials on their projects, they are able to keep the cost of construction competitive as well. “Ventilated bricks are very suitable for the climate because they allow air to pass through. It’s a very simple way of doing a bioclimatic building. But they require a lot of energy to make, so now we are moving more toward light concrete blocks. Cement has also become more popular in the last five years.” All of which are readily available and cost effective in Vietnam.

Adding to the appeal is that the energy saving techniques are not limited to the tropics, as T3 Architecture Asia has also completed a few projects in northern Vietnam, including the Mai Chau Eco Lodge in Hoa Binh Province, where cooler temperatures are the norm in the winter. “There,” he explains, “we used bigger walls and insulated ceilings, but still kept the double ventilated roof to keep the air stream flowing between the ceiling of the room and the main roof of the building to keep it cool during the summer time… Of course, you might still need air conditioning or heating in the bedrooms, but with proper insulation to conserve energy.”

Another reason for optimism, Charles acknowledges, is that local talent is embracing the fundamentals of bioclimatic design and producing their own noteworthy work. “Many Vietnamese architects are studying abroad and they have a great influence here now, such as A21 Studio, Atelier Mo Dat, and a few others. They are doing very interesting projects everywhere.”

“In the past three years we have seen an increase in bioclimatic buildings everywhere in Vietnam, from north to south,” he concedes. “There’s more awareness in the big cities. Sometimes it’s a client from the city, who wants to build an eco-lodge or private house somewhere else. Of course, the demand is always higher in hospitality because they have international clients who ask for this sort of thing. Hospitality tends to be a step ahead of residential.”

When asked about what challenges there are facing bioclimatic architecture, Charles suggests there are, in fact, very few. “It’s mainly a matter of educating developers and architects. It doesn’t cost much more to put more thought into the façade and the materials. Now we’re starting to see developers who are more educated and are hiring architects who are concerned with these things. There’s a small, growing market here now, the same as with organic food.”

Charles takes a moment to further consider the future of bioclimatic architecture in Vietnam and what’s being done in other parts of the world. “If you really want to change things, the idea would be to increase the price of electricity. In countries that want to push green architecture, that’s how they get people to think about it differently.”