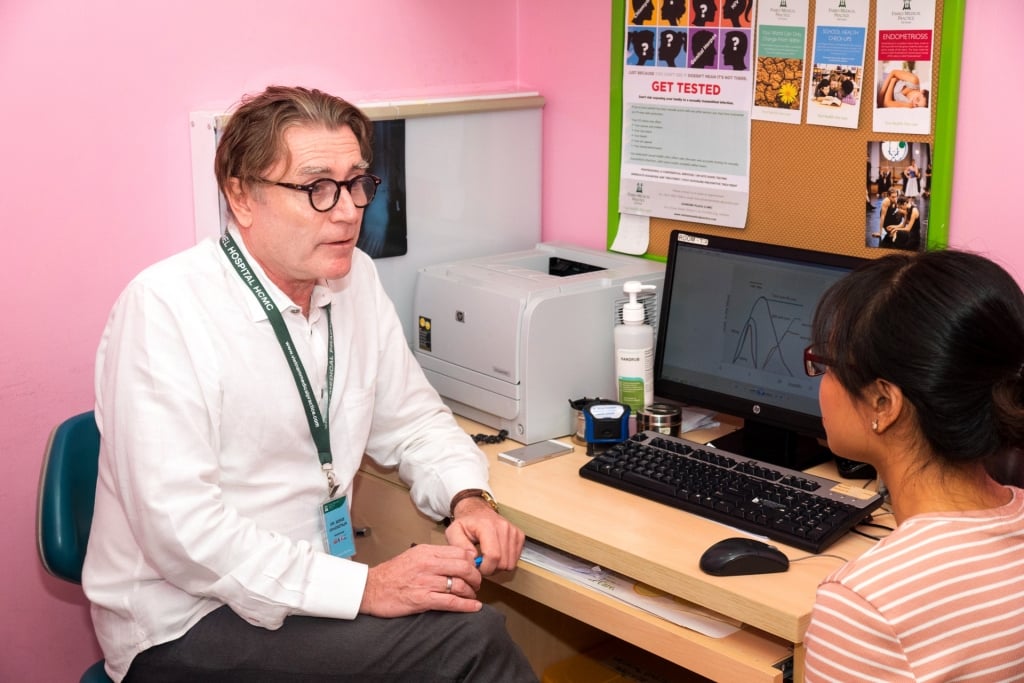 An important message from Dr. Gradstein about sexually transmitted infections

There’s no point in scaring people about Sexually Transmitted Infections, or STIs. Quite honestly, sometimes I tell people who come to my clinic for an HIV test that they don’t need one, because after listening to their story, I find there is no real exposure. Some people get too anxious about certain topics such as HIV, and they just want to be certain that they don’t have it. As a rule, when somebody really wants to undergo an HIV test, I won’t oppose it-it’s good to test for HIV whenever people think they need it-but sometimes I think they should be more aware of other diseases.

I see a lot of patients who have engaged in risky behavior here under the influence of alcohol or drugs-some of them are on holiday, it’s an exotic country, and suddenly all their defenses and inhibitions disappear, and they only realize the day after that they’ve been exposed. It’s also the case that local people are very fatalistic, so they don’t always get tested even when they’re at risk, perhaps for fear of the social consequences. The problem is that under these conditions, STIs can spread like wildfire-like Australia in the summer. This is what I see in my clinic.

First of all, I think-depending on the lifestyle-people should undergo routine STI testing. The frequency depends on the risk. The key thing is that if their lifestyle puts them at a high risk of exposure to diseases, they should do frequent screenings. There’s no benchmark on exactly how frequently, but I would recommend that people who lead a high-risk lifestyle in terms of exposure to STIs should get tested at least every six months.

I generally see two categories of patients consulting at my clinic. There are people who come in after a specific exposure, or if they think that they may have been exposed, and then they come to check if they have contracted anything. In these cases, the issue is how soon after exposure can you really make a diagnosis. These are asymptomatic people, but they know that they have been exposed (because of a condom breakage, for example) and they want to have a test, either because they’re scared they contracted something, or they’re worried about bringing home a “souvenir” from overseas. When it comes to certain diseases we can offer a preventive treatment, if it’s early enough. HIV, for example, can be effectively prevented if you start the treatment within 72 hours after the exposure. Later than 72 hours, and it becomes less effective. But if it’s within 72 hours it’s almost 100 percent. It’s a bit heavy, because you have to take medication for a month, and there are side effects and costs-but it is effective. 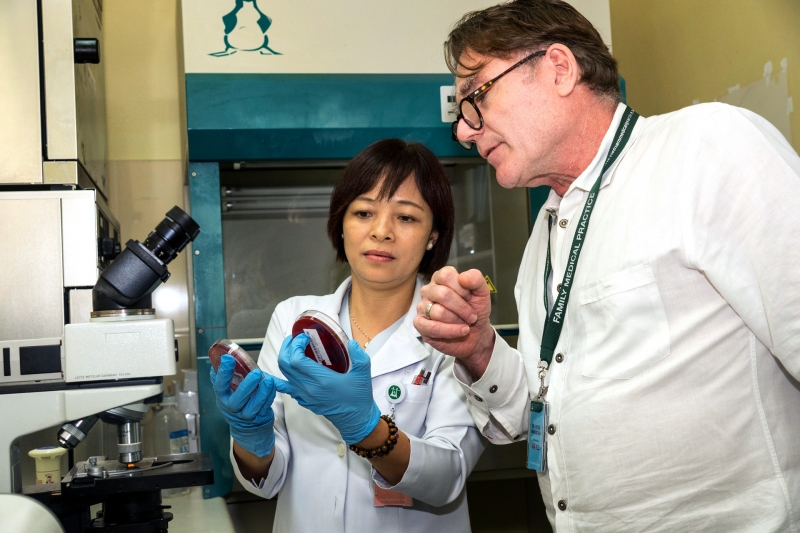 The other category is people who suddenly realize that they have a symptom consistent with an STI. Mainly we’re talking about bacterial infections: All STIs can be asymptomatic, but bacterial infections more frequently give rise to symptoms that people can understand, like discomfort, discharge and skin lesions. In some cases, these people were not even aware that they had  been exposed, and they didn’t realize, for example, that oral sex can expose you to bacterial infection, because they’d always heard that when you have oral sex, you cannot get HIV. It’s true, HIV  is extremely unlikely after oral contact, having a very poor infectivity compared to bacteria. Other diseases can still be contracted in this way.

People with symptoms can show up in the clinic ten days later, one month later. It depends on what they actually have. If they have gonorrhea, they may come three days later. Every disease has a different incubation period. There are also some people who have the symptoms just because they used some new lube or new condom, and they have a local reaction to it which is almost immediate- but they don’t know what it is, and so they get anxious. It’s important to try to get the whole story, even though some people don’t necessarily tell their doctor all the facts out of embarrassment. But when you do know the facts, it’s easier to inform them of what is suspected, and what they should do about it. Many people come with what is actually fungal thrush in the groin, convinced that they have AIDS. When you are not anxious and when you have the knowledge, you can think better!

HIV is really a different kind of problem. While the infectivity is low, the average time between exposure and developing identifiable symptoms is very long-on average, around seven years. This is compared to acute infections or infections with a high probability of symptoms that would usually prevent you from sexual contact. With HIV, you have a very long time during which you may not know you have it.

With bacterial infections, generally I will prescribe an antibiotic. It’s a single dose, it’s easy, it’s not cumbersome. Some people are scared to take medication for several days, not wanting their family to discover a stockpile of antibiotics, or visiting the bathroom in a suspicious way. A single dose given at the clinic on the first consultation, and that’s it, that’s the treatment, and there is no risk of disclosure. 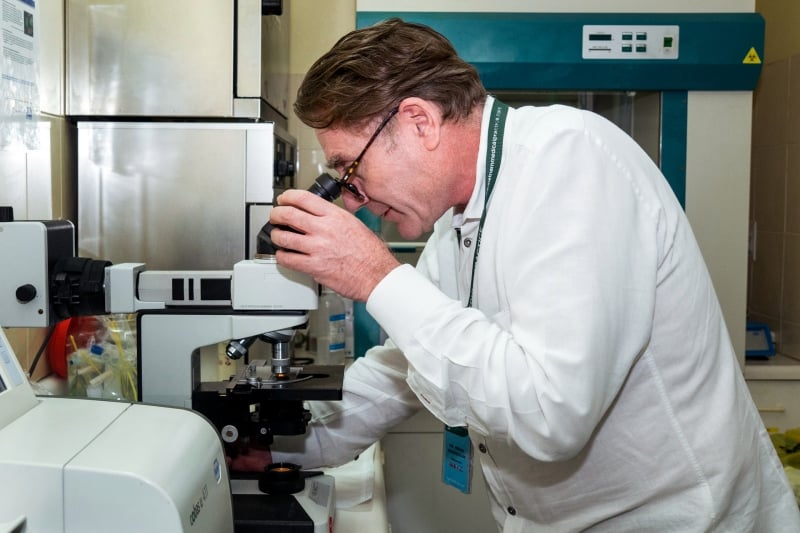 It Can Happen to Anyone

I’m often asked how family members can be protected. After taking preventive treatment and the antibiotics, they ask, when will they be safe? This I cannot guarantee 100 percent, never. It’s quite a personal decision, but generally with regards to HIV, if you’ve taken the preventive treatment, which takes one month, and then tested yourself after one more month and that test comes back negative, then your chance of passing on an HIV infection is equivalent to winning the lottery. Some people, however, still cannot deal with that level of risk.

I am not a provider of excuses, but in general, you can never prove anything based on an STI-you cannot draw any conclusions or take any steps based on STIs to solve emotional problems. You should never mix the two. If you have problems and you’re a couple, you should solve those problems. The STI sometimes comes as a revelator, revealing the problem. It should not in itself be the reason for breaking up a couple.

Children, by and large, are safe even if a parent has an STI. STIs by definition are transmitted by sexual contact. They can only be transmitted to children from mother to the fetus or to the neonate during birth. The placenta is quite a good filter; very few infections are transmitted across it. However, a baby can be exposed

to an STI during labor, during birth. Other than that, if a child is ever diagnosed with an STI, you should always suspect abuse. In normal circumstances, parents with an STI can rest assured that their infection cannot be passed on to their children.

There isn’t any clear profile of an STI carrier, it can happen to anyone. For example, people in high society tend to be more aware of the risks than people in more straitened circumstances, but they also have more money to engage in risky behavior, so sometimes they are at a lower risk in one parameter and a higher risk in another. I think the best advice is that nobody is immune or safe if they are not actively protecting themselves. STI carriers may look like criminals, or they may look like angels. You cannot say.

Self-medication in Vietnam is not an advisable option because people may get one antibiotic for the wrong reason and for the wrong amount of time, and the result can be that your infection will become resistant to conventional treatment.

If you have any cause to believe you may have been exposed to an STI, my best advice is to get tested, even if you have not had any symptoms. Regular testing can prevent transmission and provide reassurance.