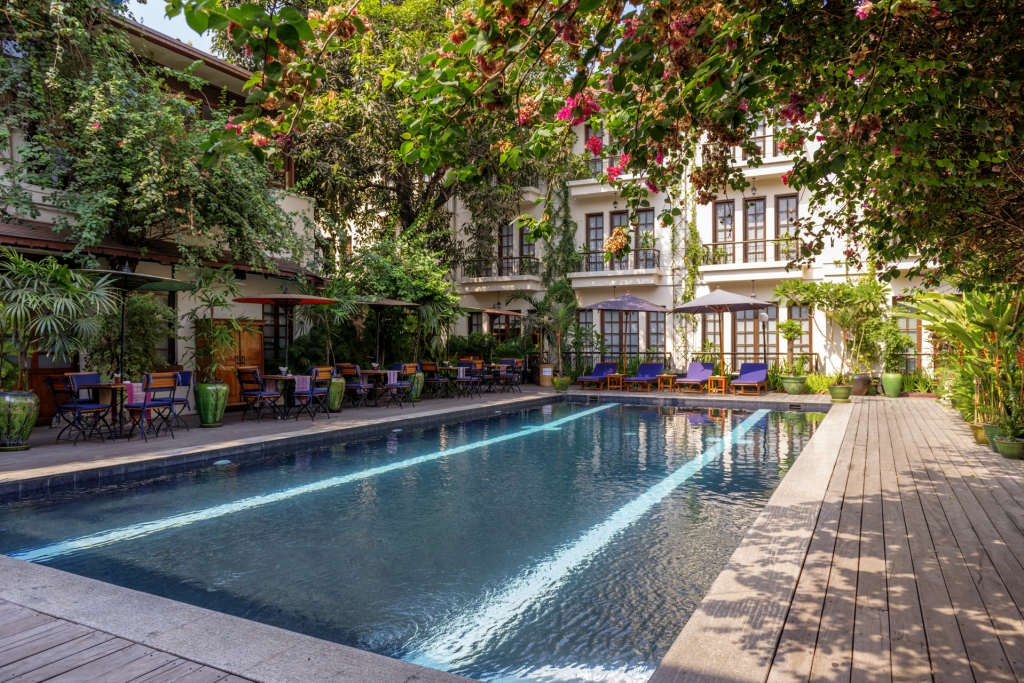 With one of the most complete collections of colonial architecture in the world, it’s doesn’t take much effort to imagine Yangon of the late 19th century when it became the capital of British Burma. Its downtown boasts leafy roads lined with stylish buildings bursting with character, some repurposed as government offices, embassies or storefronts. A very select few have been turned into luxe hotels where guests are invited to step back in time to turn-of- the-century Yangon.

The Savoy Hotel was originally a residence built over 70 years ago, not long after the jazz classic “Stompin’ at the Savoy” was penned. While named after Harlem’s famed nightspot, I would find that the song equally captures the elegance and timelessness of The Savoy Hotel. 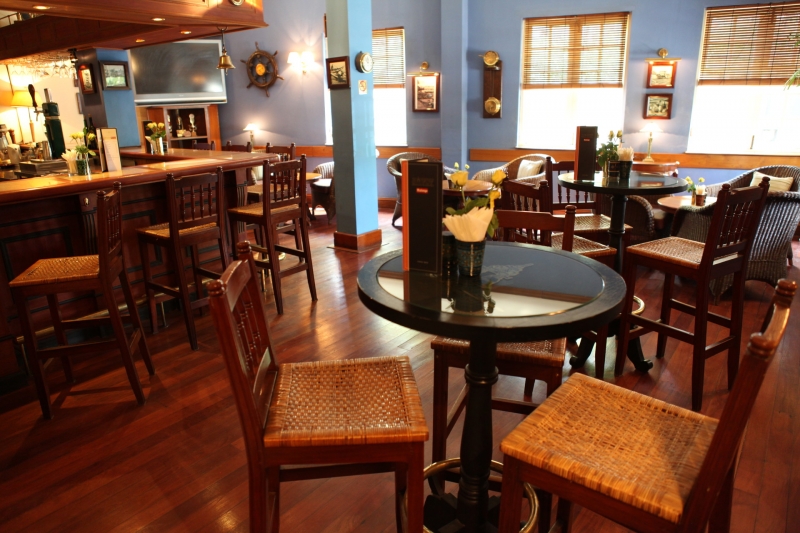 Savoy, it wins you with a glance. Pulling up to the hotel just a stone’s throw from the Shwedagon Pagoda, I’m struck by the crisp white exterior, the pillared entrance way and the bellman armed with a warm smile. The two-story façade is part of the original building, first a residence then a tea house  and since 1995, a 30-room, four-star boutique hotel rated the second-best in Yangon (the top hotel is twice the price at USD550 per night). I walk to Reception, through a brightly lit hallway of marble floors, eclectic antiques and pretty wood moldings. The Savoy feels like a home. Or more precisely, it feels like home. 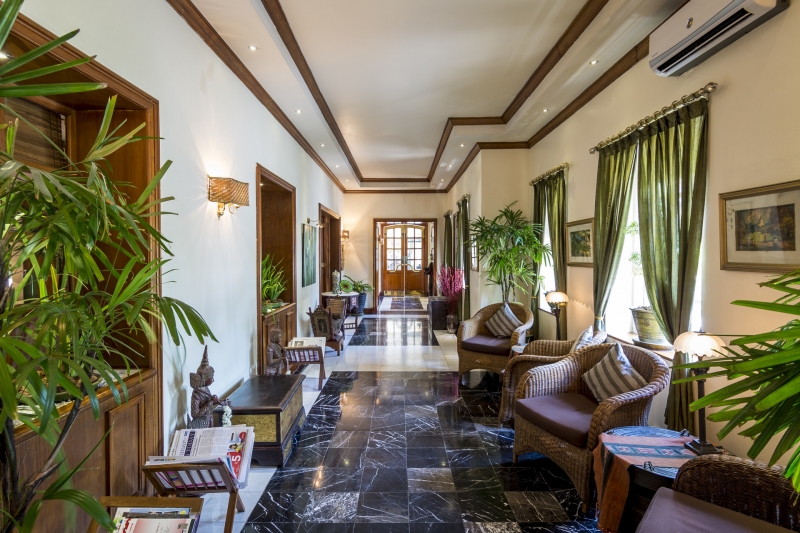 Your old form just like a clinging vine. After settling in, it’s time for a dip on a hot Yangon afternoon. The pretty pool is the center of the hotel, located between the original building which houses the entrance, an elegant fine dining restaurant, a traditional European bistro and a cozy bar, and the newer addition where the rooms are located up appropriately creaky stairs. Vines dangle from balconies and flowering creepers send down their tendrils providing a natural respite from the sun.

How my heart is singing while the band is swinging. In the late afternoon, I find my way to the nautical-themed Captain’s Bar with its framed vintage Irrawaddy Flotilla posters and black- and-white photos of British Burma. An appropriately mellow soundtrack plays as guests enjoy afternoon cocktails. Feeling peckish, I pull up a chair at Le Bistro instead. The gourmet burgers tantalize with names like Le Marcel (Angus Beef, caramelized onions, cheddar cheese, bacon and chives) and the Chookatoo (Chicken, lemongrass, green curry, eggplant, tomato, lettuce, cheddar), but I settle for a toasted ham and cheese baguette and a cappuccino, followed by a scoop of wonderfully tart blood orange sorbet. 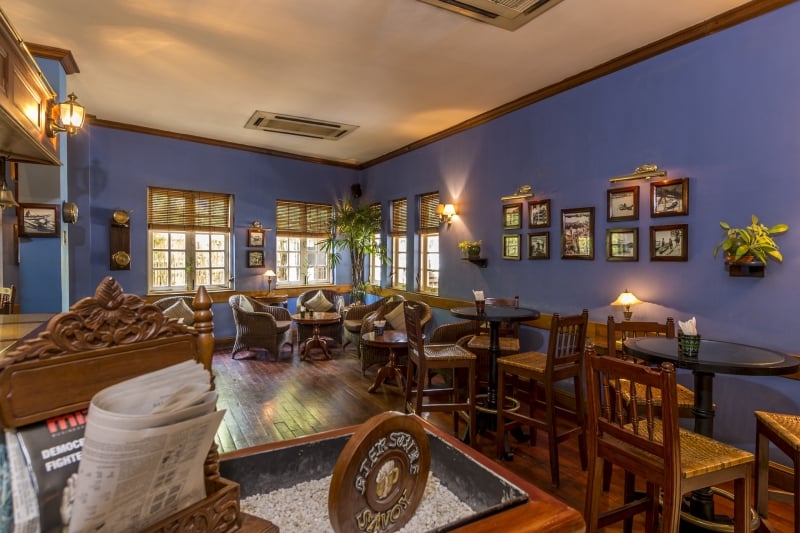 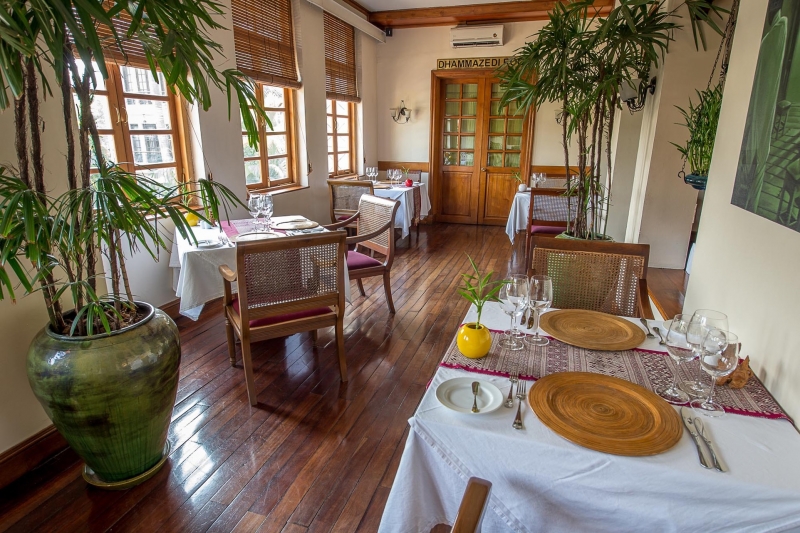 I’m never tired of romping and stomping at the Savoy. What joy – a perfect holiday. After a long day traipsing around Yangon by train, trishaw and car, I sink into a blissfully dreamless sleep in my spacious room filled with Myanmar antiques and wooden furnishings. It truly has been “a perfect holiday,” joy at the Savoy. 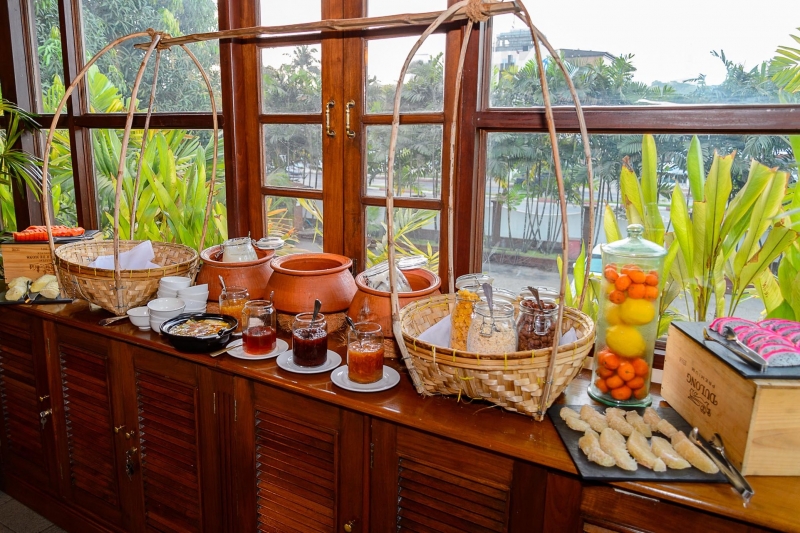 The Savoy Hotel features 24 deluxe rooms and six suites in the heart of Yangon, close to the Shwedagon Pagoda and the People’s Park. Breakfast includes both buffet and a la carte items. Deluxe Doubles start at USD275 per night in high season. See www.savoy-myanmar.com for more, including summer specials.