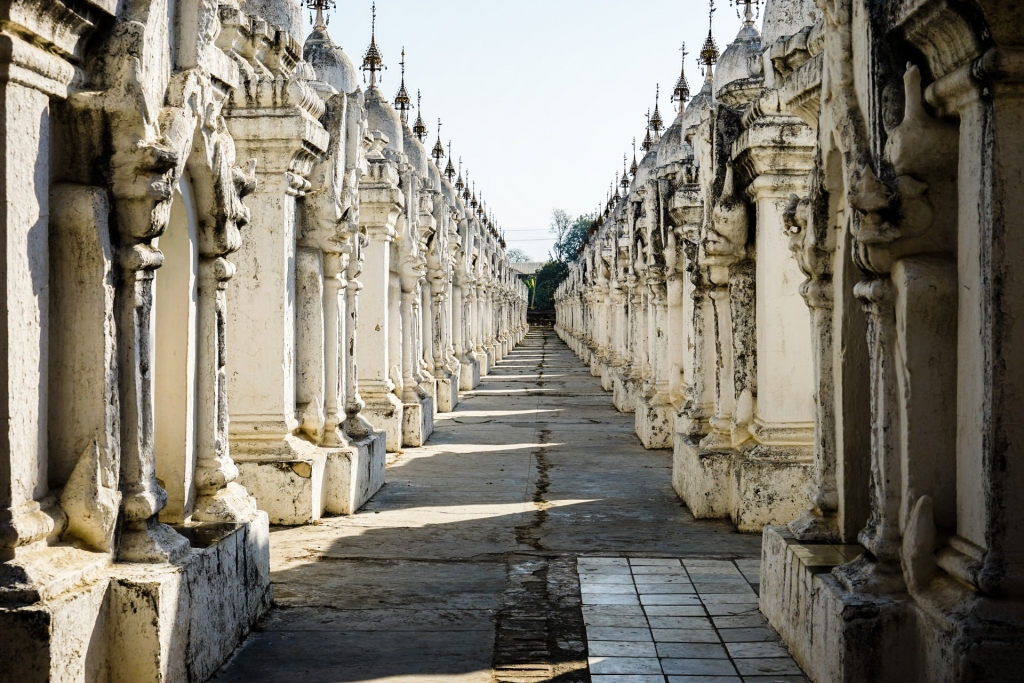 Taking the Back Roads to Mandalay

Few place names have the  power to conjure up notions of exotic romanticism like “Mandalay.” Among others, it’s inspired a Hollywood  film company, a Heinz sauce, and a  hit children’s song where Nellie the Elephant runs away from the circus and meets up with her herd one night in the silver light on the way to Mandalay. But above all, a 24-year-old Rudyard Kipling propelled Mandalay into the realm of magical dreams though his poem “Mandalay” about a British soldier’s nostalgia for the exoticism of the Raj.

With so much fanfare, it’s nearly impossible for the reality to live up to the expectations, as Somerset Maugham observed after visiting Mandalay in the 1920s: “First of all Mandalay is a name. For there are places whose names from some accident of history or happy association have an independent magic and perhaps the wise man would  never visit them, for the expectations they arouse can hardly be realized… Mandalay has its name; the falling cadence of the lovely word has gathered about itself the chiaroscuro of romance.” Surprisingly, Kipling never actually got as far as Mandalay on his short three-day trip through Burma aboard a paddle steamer. What he saw, though, mesmerized him to the extent that he declared: “This is Burma, and it is quite unlike any land you know about.” 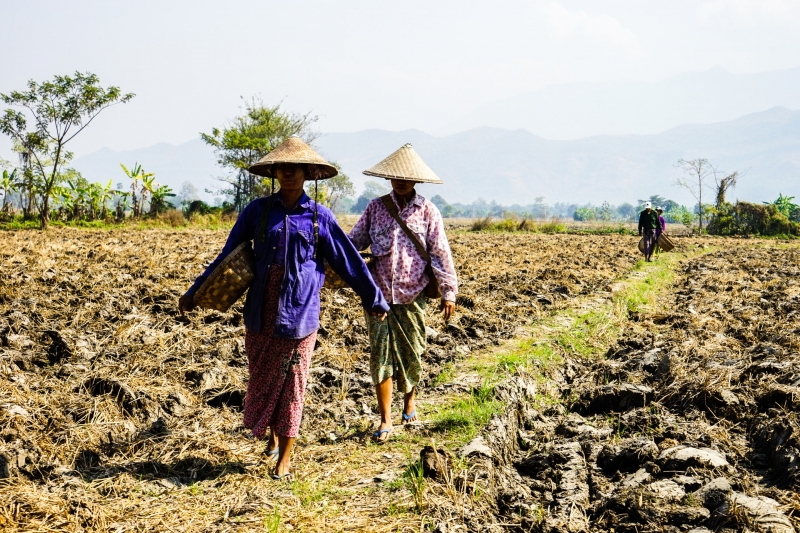 Today, Mandalay is Myanmar’s second largest city and the economic hub of Upper Myanmar, a sprawling mass of buildings laid out in a precise grid filled with monasteries, pagodas, teahouses and workshops. Possibly derived from the Sanskrit word mandala for its circular plains, I take advantage  of Mandalay’s flat terrain and cycle the surrounds to see what, if any of Kipling’s exotic Burma still remained.

I catch my first glimpse of Mandalay’s allure at the Kuthodaw Pagoda where a smiling couple in soft shades of pink and white take wedding photos amongst the 729 gleaming white shrines, recalling Kipling’s description of a colorful land of leisure where ‘bountiful Providence clothed you in a purple, green, amber or puce petticoat, threw a rose-pink scarf-turban over your head, and put you in a pleasant damp country where rice grew of itself and fish came up to be caught.’ At the market, I experience his “spicy garlic smells” amidst mounds of chillies and spices, and a landscape “ablaze with pagodas—from a gorgeous golden and vermilion beauty to a delicate grey stone one just completed” as we ride past gleaming stupas and teak monasteries. 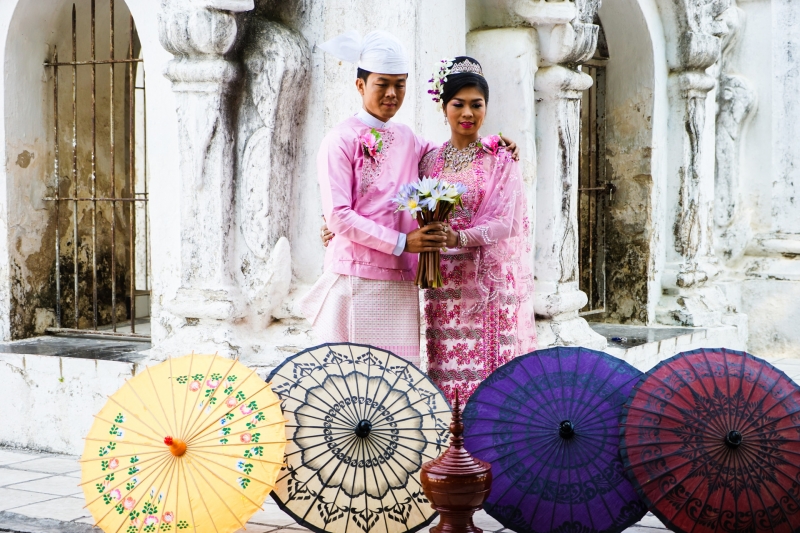 We head into the countryside and hear “a talking of the breezes in the tops of the toddy palms”, recalling the local brew known as “sky beer” made with  a bit of yeast and the sap of the toddy palm. Down a dusty, country road, we follow the “sunshine an’ the palm- trees an’ the tinkly temple-bells” which serendipitously lead us to a novitiation ceremony, a coming-of-age rite where young boys become temporary novices in the monastery for a week, a month or forever and girls choose between having their ears pierced or shaving their heads and becoming a nun. As we ride by,  the locals literally take our hands in a heartwarming display of hospitality and pull us into a tent where a feast is being served. People come by to shake our hands and take photos as we share space at long tables and are urged to eat, eat and then eat some more—strangers in a strange land, yet welcomed like family. Smiles and laughter come easy to the Myanmar people, and my interactions are much like Kipling’s where “a brown baby came by in its mother’s arms and laughed, wherefore I much desired to shake hands with it, and grinned to that effect. The mother held out the tiny soft pud and laughed, and the baby laughed, and we all laughed together, because that seemed to be the custom of the country.”

A beautiful young woman with beguiling liquid brown eyes and fresh orchids tucked in her hair invites us into the main tent where raucous music adds to the festivities in honor of the  30 or so village children decked out in ornate sequined costumes. Even the boys sport heavy makeup, a throwback to the Buddha’s life as an extravagant young prince before enlightenment. Kipling  fell under the same spell of the gentle people of Myanmar, wishing: “When I die I will be a Burman, with twenty yards of real King’s Silk, that has been made in Mandalay, about my body… I will always walk about with a pretty almond-colored girl who shall laugh and jest… as a young maiden ought.” 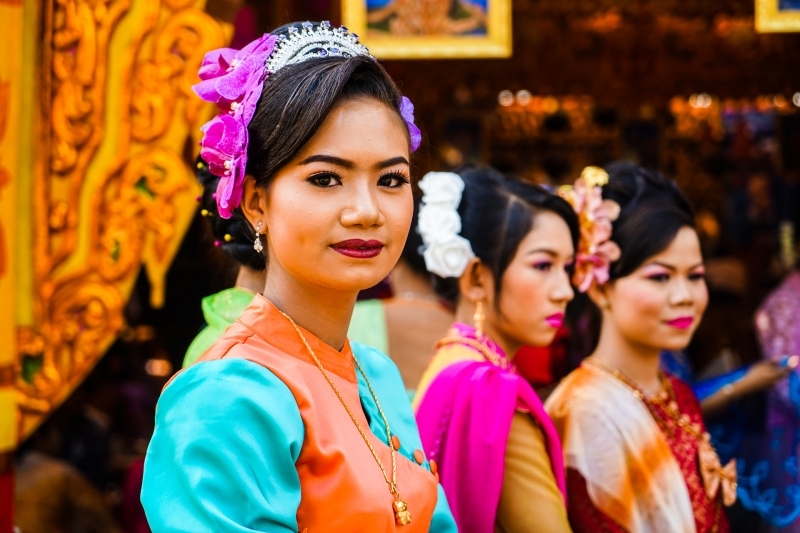 I had set out to discover Kipling’s exotic Burma and find that Mandalay has more than lived up to its exotic appeal with gorgeous monuments and even more beautiful people. “For the wind is in the palm trees, and the temple bells they say, ‘Come you back, you British soldier, come you back to Mandalay!’”