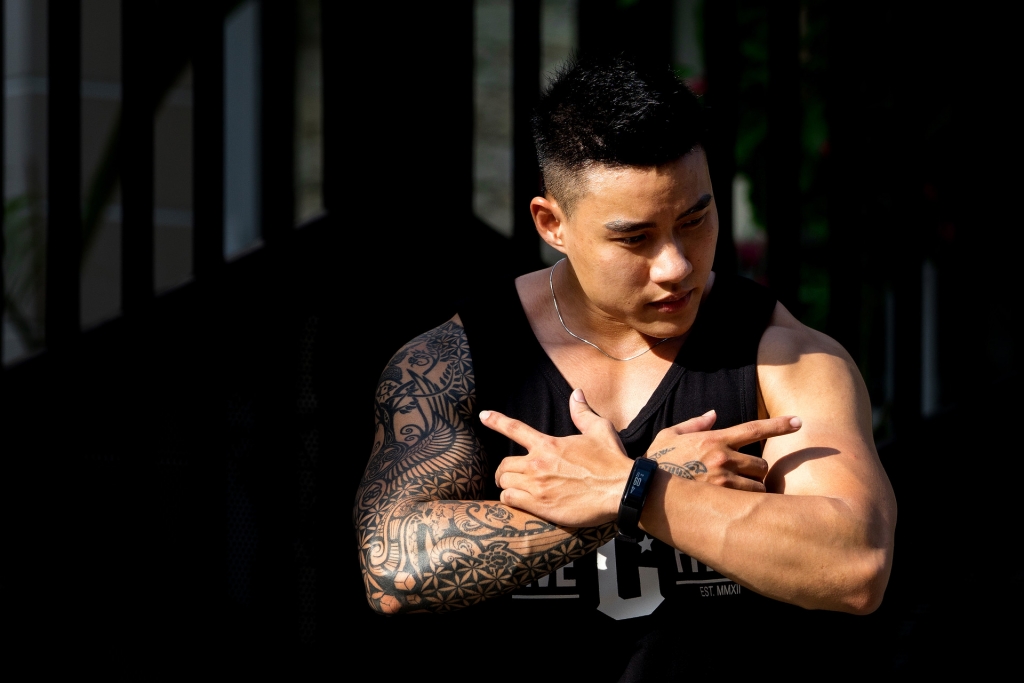 Gender in the Gym

Kendy Nguyen is a national champion bodybuilder, but he will tell you he is just an ordinary guy. In many ways, he is right, though to leave it at that would be to grossly oversimplify an extraordinary personal journey.

Before he discovered his passion for bodybuilding, Kendy worked for his family in the hospitality business in Saigon. Before that, he grew up in the northern city of Hai Phong. And before that, Kendy was born a woman. As far as he is aware, he is the first person in Vietnam to transition his body through bodybuilding, making Kendy a trailblazer for the transgender community in a traditionally conservative country.

Sitting down at the gym where he works as a personal trainer, his sense of place is readily apparent. Kendy is more comfortable in his skin than most 27-year-old men and conveys the emotional strength to match his impressive physical stature. As we discuss his life and the obstacles he has faced, it’s clear that Kendy is a man who has found his place in the world.

How old were you when you knew you were a man?

I knew when I was three or four years old. I had an inclination early on because I never liked doing feminine stuff. I liked roughhousing and always saw myself as a boy. All my friends were boys.

That’s very young. Was it confusing as you became older and more aware of your body?

There was confusion. From a young age, I felt that I wasn’t like other people. But, it also felt kind of natural. I played with boys and I behaved the way boys do. My family, in some ways, restricted me from expressing it at first. They made me keep long hair like a girl.

But my father was away on business a lot and my mother was always very busy. My brother is ten years younger and he’s my only sibling. So, there was a kind of divide between us. I was left alone a lot of the time and it gave me freedom to mature on my own.

My family used to have a textile factory in Hai Phong, but I was not very interested in that. It was too feminine for me. We moved to Saigon when I was in high school and that’s around when I got into karate. The coach saw that I was dedicated and let me join the team for competitions.

I did karate competitions for three years and did pretty well, but then I had an accident and fractured my arm when I was 18 years old. Because of that, my family forbade me from continuing to do karate. I studied hospitality and tourism in college for two years and worked as a hotel receptionist. During that time, I was no longer doing karate and my level of fitness declined. I got sick a lot. Some of my friends that I worked with suggested I go to the gym, and that’s how I was introduced to bodybuilding. I didn’t know much about it at first, but I was very dedicated. Eventually, I got the attention of a member of the bodybuilding team and have been on the team since then.

What is it about bodybuilding that you enjoy?

It’s a combination of my love for sport and determination to never half-ass anything. If I’m going to do something, I will do it with my full heart. My first goal was to improve my physical health. But this is also when I was first introduced to the idea of transitioning my body. As I spent more time in the gym, I saw my body change and that’s when the idea started.

When did you become aware that there is a whole transgender community and that you were not alone?

I started realizing that I wasn’t alone around the same time that I was working as a receptionist. I got a lot of exposure, met a lot of people, and the internet was becoming more useful. More people in the trans community were coming out to the world and not hiding themselves. I read stories of other trans people coming out in Thailand, Philippines, America, and elsewhere. But at that time, the thought was always that you need a lot of money for surgery and hormones. It was a faraway thought in my head until I started going to the gym. Then I thought, “Ok, there’s another way I can do this. It’s possible.” 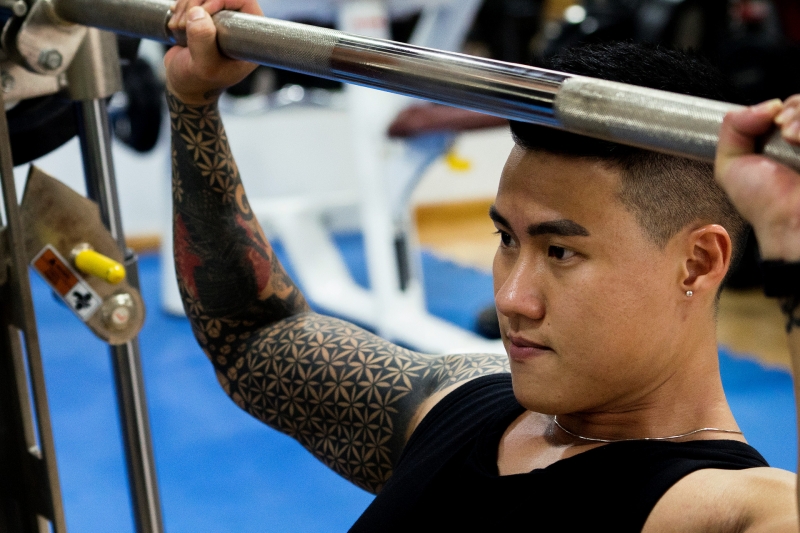 Can you describe your transitioning process?

Transitioning the way I have is a very gradual process. It’s not like surgery. I just started taking hormones within the last two years. The trans community is still very young here in Vietnam, and so I did not have a lot information at first. When I started transitioning about seven years ago, I was 20 years old and I would look to the internet for information, but there was not a lot available in Vietnamese. I got some advice from coaches and trainers who knew that I wanted to change my body.

How did your family and friends react when you told them?

There was resistance from my family, of course. But because of the nature of my transition, not going for surgery, it happened very gradually. It happened in front of their eyes very slowly, so it gave them time to get used to it. Yes, there was resistance but it was not insurmountable or traumatizing. Nothing too drastic happened too quickly. I actually got some support from relatives living abroad who were more aware of what I was going through. Also, at that point, I already had a reputation for being very manly. Friends were 100 percent positive and very supportive.

My lifestyle motivated me to prove to my parents that I’m going to be a good man. I wasn’t going to be self- destructive, but rather be a normal man who is productive and contributes to society.

Are you allowed to legally change your name and gender on your ID cards?

Not yet. The situation is going in the right direction, but it’s going to take time. Hopefully, I will be able to in 2018. Even without that, what’s more important is that the general attitude of society, especially in Saigon, has become a lot more open. People are more exposed to everything and they see that nothing bad is happening when people come out. The perception of society is improving day by day. Before, there was resistance. People were outwardly hating us, but it’s definitely improving.

What are the biggest challenges you’ve faced being transgender in Vietnam?

I have learned that if you think something is going to be difficult, it will be. I’ve always known who I am since the beginning, so it does not matter to me what sort of opposition I face.

It sounds like you’ve been very fortunate in that sense. Are you involved in the transgender community to help others who are struggling with their gender identity?

I help other people here who want to transition the way I have. Sexual realignment surgery is not possible in Vietnam. You would have to go to Thailand, which is very expensive and also dangerous. There can be many health complications. Transitioning through bodybuilding, the way I have, is much healthier. It’s very gradual and doesn’t cost that much. I offer advice and coaching to other people who want to do the same. People can reach out to me on Facebook and I will help.

It’s a matter of cost and lifestyle. When you have surgery, the change is drastic, but also costly and painful. The way I have done it is slower and doesn’t cost as much. Even if you’re just taking hormones, they are not too expensive. It costs about VND150,000 per week. Not exactly cheap, but it’s not prohibitive either.

How did the bodybuilding community react to your being transgender?

Gender lines get blurred in bodybuilding already, because a lot of the women who compete have very masculine bodies. Taking hormones is not such a strange thing to do in this community. It hasn’t been 100 percent smooth, but I’ve been accepted for who I am.

You recently competed at the National Bodybuilding Tournament. Did they let you compete as a man?

I was not allowed to compete with the men, but it doesn’t really bother me. I went against good competitors and I won my weight class. I’m the national champion in the women’s 49-52kg weight class.

Outside of bodybuilding, what do you hope to do in life?

My goal is to live a normal life. Nothing particularly special. I definitely want to do other things besides bodybuilding, like own some sort of business where I can make a stable income. Maybe a café. If I have enough money, I would like to open my own gym.