So much about international style dining venues is often lost in translation. It’s not unusual for a Vietnamese reboot of a standard Western restaurant concept or drinking establishment to end up missing the mark entirely—and while such experiments can turn out to be refreshing takes through a new cultural lens, at worst they can be disconcerting and awkward renditions that fail to win over any target market.

Soi & Meo Taproom’s (33 Mac Thi Buoi, D1) somewhat low-key attempt at an American-style taproom is an example of a good translation. Modeled on the casual, after-work watering holes known overseas for their relaxed, unpretentious atmosphere, this new venue carries off the right mood by underplaying the décor with clean, easy tones to make any class of patron feel welcome. Set up by a returned Vietnamese proprietress determined to make the experience of enjoying quality alcoholic beverages (with a special emphasis on craft beers and fine wines) available even to young local customers, Soi & Meo (the name meaning wolf & cat in Vietnamese) succeeds in knowing what it is and doing it well. 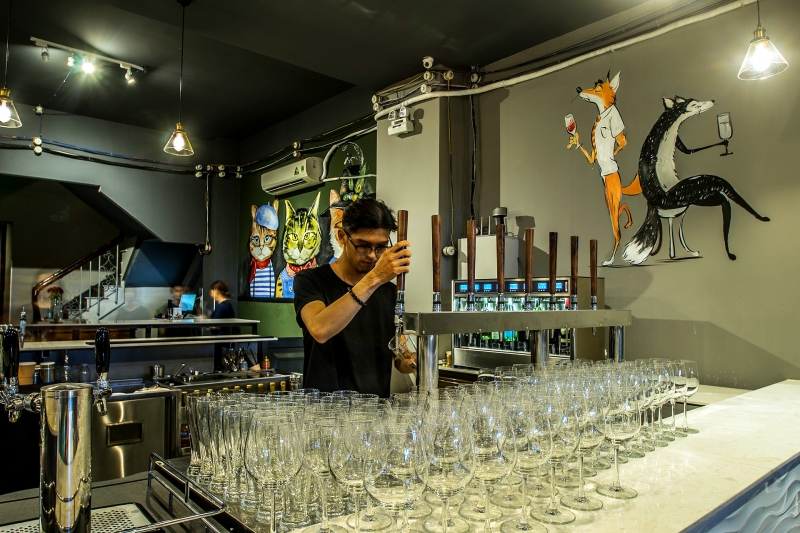 Being a taproom, Soi & Meo’s best and freshest drinks are on tap—and for such a casual venue, the pouring technology evident behind the bar is a distinct surprise. Good wine is prominently stored in a special chilled dispenser that draws from open bottles while keeping them sealed, preserving drinkability for weeks after opening. There are multiple taps for draft beer, and even one for cold brew coffee (again a particularly preservable form of the beverage, incidentally known for its low acidity). Soi & Meo’s capacity to serve its best drinks in tasting-serve sizes represents its primary focus as an affordable, high-quality and easygoing gathering space optimized for after-work drinks. An intimate balcony on the second level lit by moody traffic-light lanterns as a stage for live music with performances held on Thursdays and Fridays every week.

On the night of our visit, Soi & Meo was gearing up for a special promotion on its selection of Sauvignon Blanc wines— they stock a fine range from France, Spain, Italy and New Zealand—so we took the chance to enjoy a taster set of all four paired with a platter of fresh oysters from around the region. This starter turned out to be quite an enlightening experiment in chemistry and biology: the wines (each of which is available separately by the 93/150 ml glass at VND80,000-VND170,000 each) stood in easily-discernible contrast to each other, their varied intensities nicely balanced with those of the oysters (a selection from Quang Ninh, Nha Trang, Vung Tau and Can Gio at VND270,000), which were strikingly ranged in terms of size and sweetness—with those from Nha Trang easily presiding over the others. 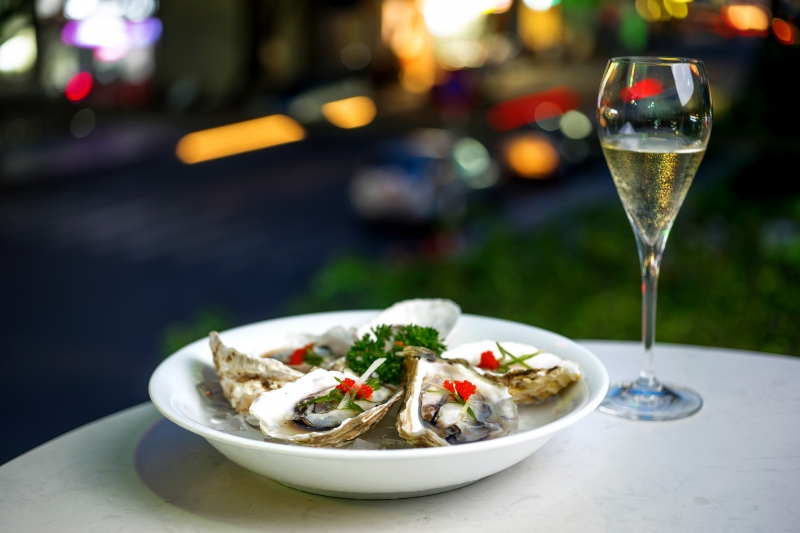 Following the oysters, we transitioned into a second platter of snacks coupled by a further selection of drinks in taster glasses—this time sampling Soi & Meo’s craft beer. 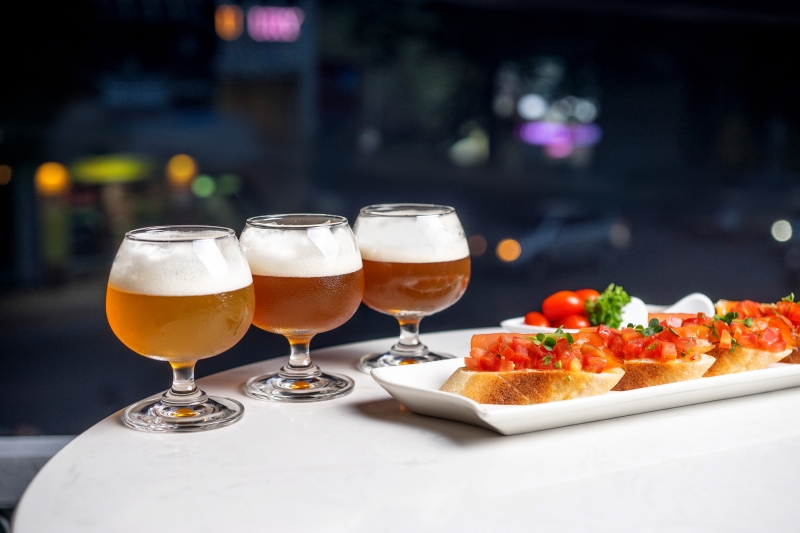 The taproom serves a number of Saigon’s breakout popular brands, serves of which can be purchased at VND95,000 per glass (or just VND75,000 for Fuzzy Logic’s Pale Ale);we tried a bold and bitter Kurtz Insane from Heart of Darkness, a fragrant Silk Road Jasmine by Pasteur Street, and an earthy Little Lava Red from Lac Brewing along with a plate of crispy calamari (VND155,000) and Salmon bruschetta (VND132,000). 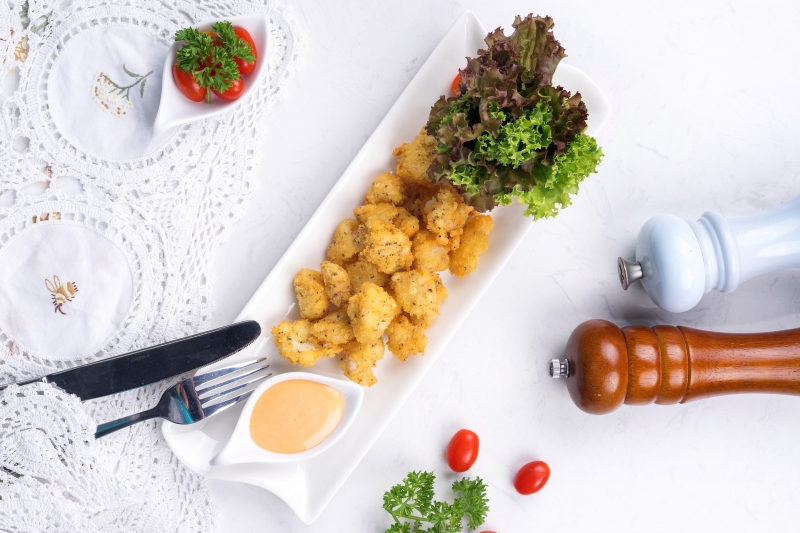 This is where the strengths of Soi & Meo came into their own—while they insist on casual dining, the quality of the snack food was first-class and easily a notch above regular bar food elsewhere. While the calamari was surprisingly tender, the crusty bruschetta was excitingly flavorsome, with no cause for disappointment in either item. It’s refreshing to enjoy food at an establishment that openly targets young local communities without finding any compromise in terms of the quality of the cuisine. 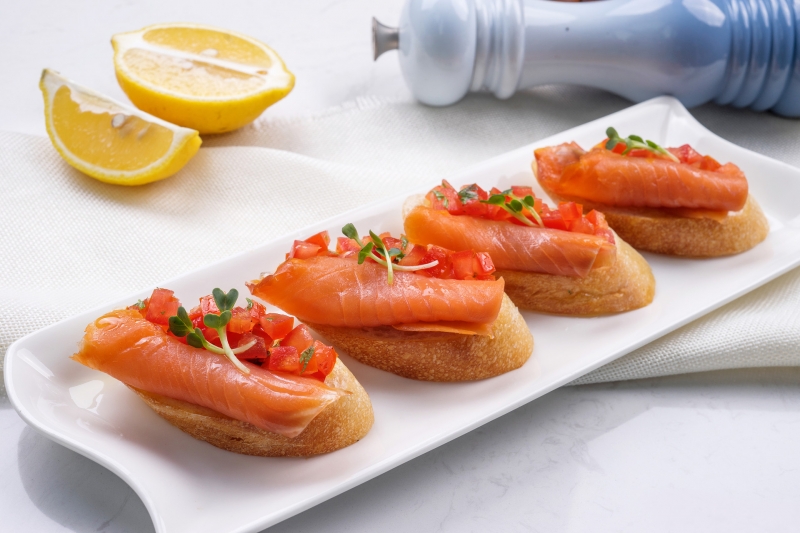 Soi & Meo offers few meal-sized servings, but to round off the evening we did try one of its signature items—a superb slow-cooked beef flank in red wine with mushrooms and baked potatoes (VND230,000) that capped off a series of tasters to complete an unexpectedly fine meal. It’s curious, but Soi & Meo perhaps unintentionally manages to pull off a star-class restaurant experience in a laidback bar setting, indicating this as a fine restaurant choice for dinners as well as for its superb set lunches (available from 11am–2:30pm). Come here with friends to explore a range of great drinks, but don’t hesitate to stay for the full meal.