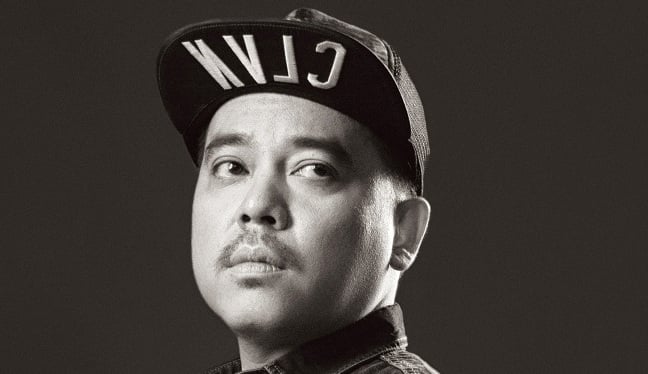 Coming-of-Age stories never get old. Like it or not, we all have to grow up somehow, and that sometimes painful process has seen umpteen iterations. A recent addition to the list is Em Chua 18 (English title: Jailbait), a comedy about a young-at-heart, well-to-do pickup-artist and his club-footed foray into the world of high school dating. After a bet gone wrong, the fashionable and capricious Hoang (Kieu Minh Tuan) mistakenly spends a night with a girl, Linh Dan (Kaity Nguyen), who only reveals her age to him the following day. When she blackmails him with the video evidence, forcing him to play her boyfriend as vengeance on her high school ex, Hoang accidentally finds that he too is stuck in his juvenility. The story perhaps sounds familiar but, in this instance, variations on this age-old theme beat new life, and new laughs, into a story detractors might consider something of a dead horse.

Le Thanh Son, director of this smash hit, sat down with me to discuss the success of the film, the stories he wants to tell and his thoughts on the Vietnamese film industry. 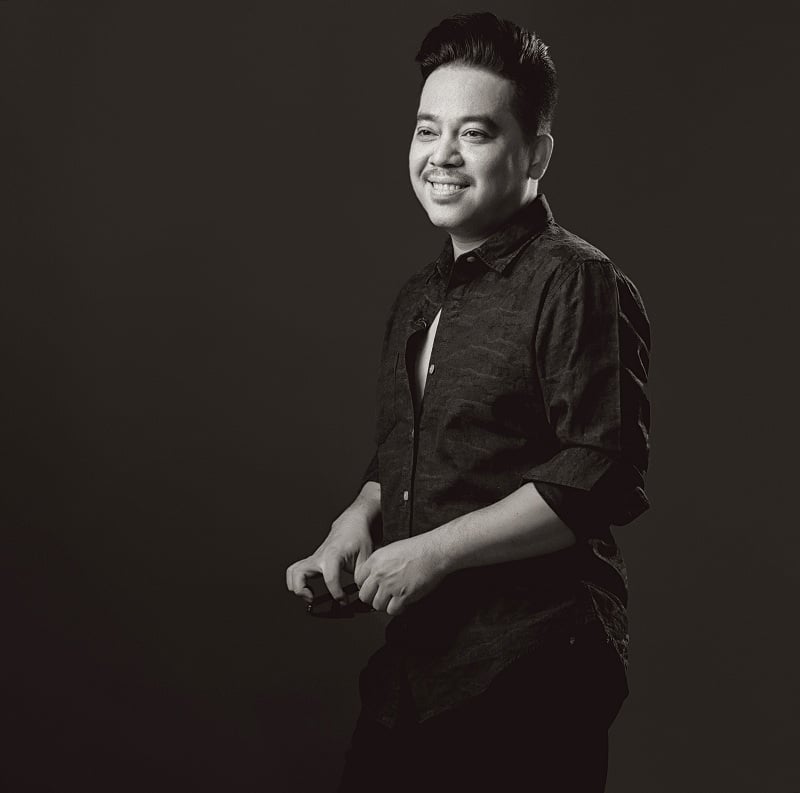 Em Chua 18 is remarkable for a number of reasons, notable among them perhaps is its dedication to a clean, polished aesthetic. The film is set in Ho Chi Minh City’s most affluent neighborhoods, depicting the lives of wealthy middleclass individuals, tinged with the American 80s comedies that built up the backbone of the genre. At first glance one is reminded of Clueless, which epitomized the ‘daddy’s princess’ archetype, The Breakfast Club, which sorted high school students into instantly-identifiable cliques, and Mean Girls, which distilled its predecessors and created a host of new clichés to reflect the changing times. The often-charming world of these characters is brought back for Em Chua 18 but it feels different. We are not in suburban America but what looks like District 7. There are Westerners speaking Vietnamese, an openly gay, camp student, expensive cars, brilliant nightclubs, a preponderance of English phrases and an overwhelming obsession with who will become this year’s prom king and queen. This Vietnam is perhaps not the one we all recognize and Son admits this.

“I try to give them a dream,” he explains. The fact is that Hollywood’s cultural capital is strongest in those countries that have not yet had time to find a completely distinct voice. Cinema-going has not been a common practice in Vietnam for long and even now older generations tend not to go to the cinema (45 and older account for less than one percent of the estimated market). With little of its own cinematic history to draw on, it is only natural to seek inspiration in the most widespread and popular foreign exports, but that is not to say that the Vietnamese heart beneath it all has been muted. Son calls his film a “Vietnamese hamburger”: American on the outside but with Vietnamese meat. As he tells it, the film juggles an exterior that speaks to its audience, one that is recognizably part of a genre that people can gravitate towards but does not sacrifice the integrity that will make a local audience respond to its message. 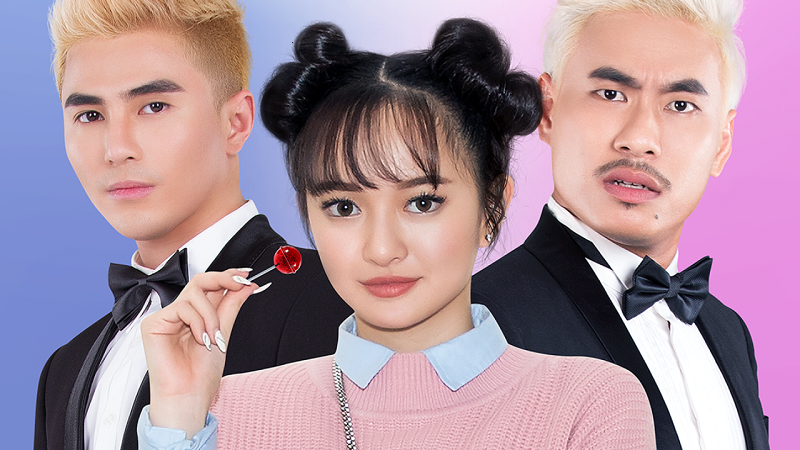 The most obvious facet of this hybrid composition is the relationship itself. The union of a couple separated by such an important age gap (17 and 35) is more likely to inspire shock than laughter for many Western viewers. It is not simply the difference in age, after all the stereotype of the older wealthy man with a younger woman is far from over, but the fact that the girl in this instance is still a minor has pushed keyboard warriors to spray vitriol online. The relationship is unsatisfactory to most Western palettes but, then, it’s not a story set in their world. The Americanized’ world that the story depicts is only a veneer, the relationships beneath it speak to Vietnamese concerns, and an age gap of that nature is, well, less shocking. Hoang is a rich man from an educated family. So, he’s a bit older, but it’s not the gargantuan problem it would be if he wasn’t already coming from such a respectable and wealthy background.

For Son the film that he made isn’t about exploring this taboo for its moral implications. Em Chua 18 is not so heavy and the Vietnamese audience prefers it that way. The main focus of the film is on relationships, across different categories. The film’s relationships are of young love, innocent love, erotic passion, parental love, unrequited love, jealousy, envy and a host of others, but the film is not a treatise, it’s a comedy. The quirks of these relationships are the source of most of the film’s humour: a father who wants to connect with his daughter and tries to act younger, the infantile silliness of glorifying the prom and, of course, the problem of dating someone who is still legally a child.

The way the characters speak, their fears and their habits have a Vietnamese flavor, but the film translated beautifully. I don’t mean that the subtitles are actually well-written (though Son has showered them with praise) but that the humor is universal. Like all good stories, everyone watching will recognize elements from their own life reflected here, whether it be in the awkward attempts to appear fashionable and young in the old, forceful and in control for the young, or just the frustration of seeing a whole day’s events conspire against you.
The universality of these themes has already caught the attention of the international market: rights to make remakes have already been bought in India, China and South Korea. The ‘Vietnamese Hamburger’ as well as other fast food flicks, Son explains, are still very popular.

Hollywood churns out one superhero movie after another in an endless cycle of pretty monotonous consumer-friendly distraction sludge. Movies, like any other business, respond to the needs of the market. Em Chua 18 has broad appeal but it manages not to dissolve into tired, humdrum, recycled scenes. There’s a lot of heart, a very charming cast and a lot to laugh about. It’s a film that you may think you’ve seen up until you’ve actually got it in front of you. So what comes after? The success of Em Chua 18 has already set the gears in motion for a sequel set for a release around April 2018. The audience asks and it shall receive. 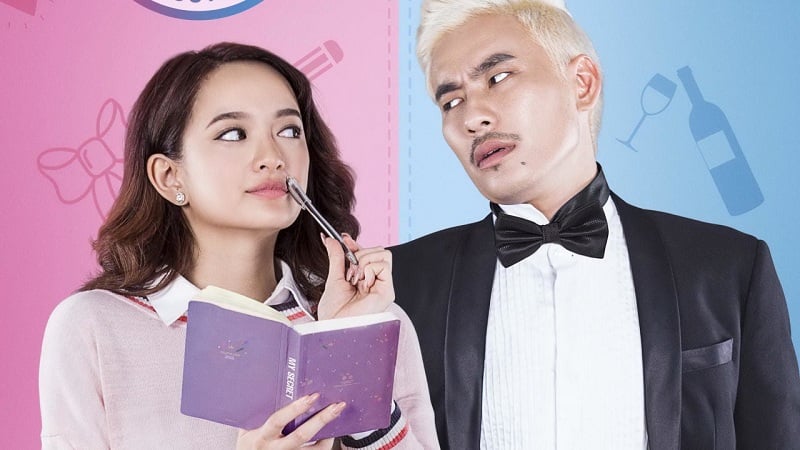