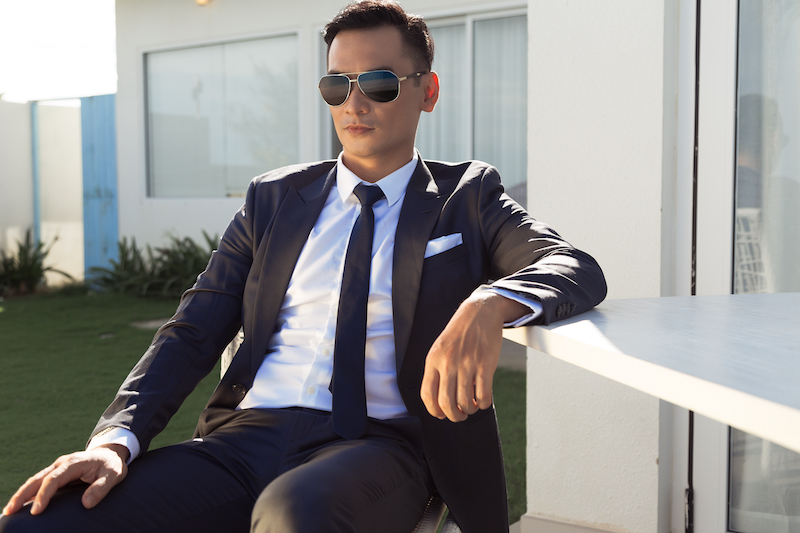 In the last few years, and with the aid of shows such as Vietnam’s Next Top Model, and The Face Vietnam, modeling has emerged and grown in local psyche as a legitimate and highly desirable career choice. Once known only in certain circles, Ha Anh, Hoang Thuy and Thanh Hang have become household names, serving as idols for many young girls to aspire to. And yet, among these power players of the modeling world, the one model with the most impact on the entire industry and the longest staying power, surprisingly, is not any of these lovely ladies, but a man past his 40.

“To get to where I am, you have to be more than just a model. You need to contribute far more than that to the fashion industry. I started as a model, but I became a pioneer,” claims Vu Duc Hai, arguably Vietnam’s most enduring supermodel, renowned actor, fashion entrepreneur and multipe-time judge of Vietnam’s Next Top Model.

Vu Duc Hai, born 1976 , became a model at 17 years old. Today, at 41, well past the average expiration date of most models, he remained an influential figure, a bankable brand and an active force of progress in Vietnam’s fashion world. With the enduring success Hai has enjoyed, it’s hard to believe that his introduction into modeling happened entirely by accident.

“I was signed onto a beauty and modeling contest… completely without my knowledge,” Hai recounts with a fond smile. “Two of my childhood friends entertained ambitions, or perhaps they were just curious youngsters testing their limits. They heard about this competition and wanted to enter. But they didn’t want to do it alone and since we had been inseparable back then, my name and photos were mailed alongside them without so much as a by-your-leave to me.”

Hai’s two friends failed in the first round, but Hai, the unsuspecting participator, passed onto the next. It was then that he found out his unwitting entry and since there was nothing to lose and quite a bit to gain, eventually decided to go along with it. He would continue onto the next round, and the next, until  finally, the crown of the competition was placed on his head. And that was how Vu Duc Hai, started his career in a time when modeling wasn’t even considered an actual job, especially for  men. 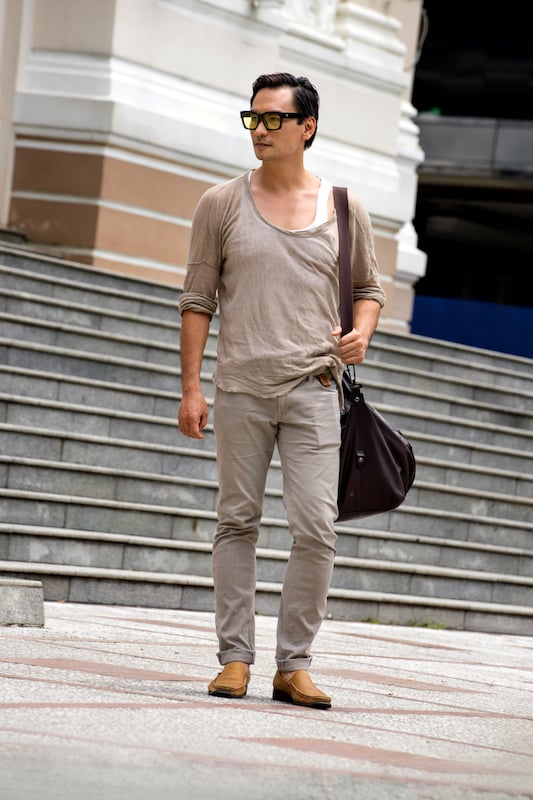 Don’t Stop At the Catwalk

As memorable an entry as that might have been, the things that actually made Duc Hai’s famous happened two years later and many modeling jobs after. As Hai entered university, he was offered a job by a startup fashion company, Milano Joint Stock Corp.

“Not as a model,” says Hai. “But as a representative, an entrepreneur and a negotiator. In short, I was to be Milano’s face to the public and Milano’s mouthpiece to foreign business. I was to sell the idea of luxurious and fashionable menswear to the mass and convince internationally renowned brands such as Gucci or Dolce & Gabbana to entrust their brands and products in Vietnam to Milano.”

The challenges of Milano’s job offer are deeper even than that. In the 1990s, before political normalization with the US and the increased international trade that came with it, Vietnam’s fashion industry was in its infancy. There were no true local brands then and most, if not all, locals had no concept of high fashion and brand name products. The best sign of quality they knew was the “Made in the US” stamp that accompanied every parcel sent back home by Viet Kieu relatives. Italian haute couture was all but alien to the average Vietnamese buyers back then. That does not even account for the jungle of paperwork that all companies trading with foreign partners had to deal with in the 90s. It was no wonder Milano’s offer was repeatedly turned down by the various models the company approached before Duc Hai. Despite knowing full well the difficulty of the job, the young model decided to accept it anyway.

The reason? Because he wanted more out of this career path. “It occurred to me that the fashion industry is deep and vast. Most models stop at the catwalk and the photoshoot, but that’s just a tiny part of fashion, the most visible part. But I wanted more and I decided that I had to  learn and I had to achieve something other than strut the catwalk really well. Many of my peers told me it was unwise, but that was my choice.” This turned out to be the right choice because, while the next ten years brought many setbacks and defeats, it also catapulted Hai to supermodel status and entrenched him in the industry.

“I learned fashion,” he says. “I was given the opportunity to travel abroad and meet people from other countries, something precious few Vietnamese in the 90s could claim. I met Gianni. I met Donatella Versace. Naturally, I learned a lot. I worked hard and I did not let setbacks deter my efforts. Eventually, over years, my efforts produced results, and my results stacked and became progress. Whereas other companies were busy thinking that it was impossible to introduce the Vietnamese public to high fashion, I laid the foundation for those big brands to enter this market. And when they finally did, whose name do they remember?”

Eventually, Hai’s name became synonymous with Milano and luxury menswear in the 90s and 2000s. The crux of his success and lasting power in the effervescent world of fashion, claims the 41-years-old supermodel, is simply a desire to continually learn and grow, just like with any other career path.

Hai hasn’t stopped in just the fashion industry. Carrying the same attitude for growth into the cinematic world, in 2004, he made his debut on screen in Le Hoang’s critically acclaimed Trai Nhay, which was quickly followed by many more movies of varying success levels.

Contemplating modeling’s rising popularity as a career choice, Hai is both pensive and hopeful. “I understand the siren call that fame has on young people. I was there too once,” he cautions the many young men and women who aspire to follow his and other veteran model’s footsteps. “But I do not necessarily agree with how modern media portrays modeling as a job. Frivolous despite its glamor, exploitative, fast and fleeting fame, and full of petty conflicts. All jobs, no matter how noble, has a dark side to it. That is unavoidable. But, if you are going to choose this world for your life, you must always think of what you can contribute back to the industry, to the community, to the public. Something good and positive. True progress. Only then will you have a future in modeling.” 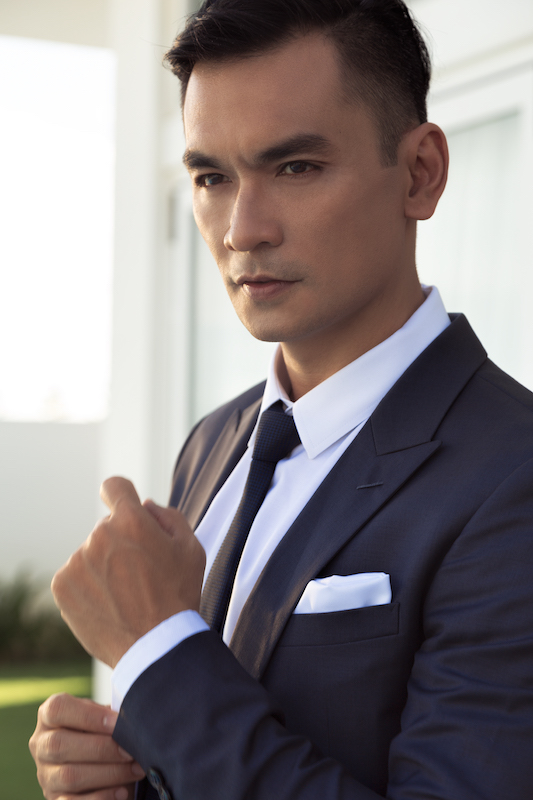