The founder of Fashion4Freedom talks ethics and activism

Coming from a background in mergers and acquisitions, when LanVy Nguyen decided to transition into the fashion industry, she brought with her a knack for seeing through smoke and mirrors. The goal was to create high-end products in Vietnam, but finding a manufacturer who could do so in a guaranteed ethical manner proved a challenge. Consistently, LanVy saw laborers getting the short end of the stick, decided to do something about it, and Fashion4Freedom (www.fashion4freedom.com) was born in 2009.

Based in Hue, Fashion4Freedom has made waves in the design world with such eye-popping items as their ornately carved dragon shoes, yet it’s their role in the supply chain that truly seeks to shake up the industry. Recently, we caught up with  LanVy to learn about everything from inspiration to the empowerment of skilled laborers in Vietnam.

What is Fashion4Freedom and how did it come about?

Fashion4Freedom is an alternative supply chain that enables other businesses to tap the hidden talents of Vietnam. It’s a project that came about in response to the issues created by the huge migration of people going from villages to factories in Hanoi and Saigon. We saw this tearing at the social fabric in rural parts of the country. My concern was really how this migration issue affected society itself and the other nuances that come as a result.

I saw an NGO that had become very popular in Saigon that was supposed to be anti-human trafficking, but in reality, it really wasn’t doing much about it. The president asked me to come and see if we could help some of the girls there to learn new skills and when I saw how the organization was working I just thought it was very underserving because there was no infrastructure. I was very concerned about the dichotomy of what’s reported and what’s really happening. If I’m here to assist you on my own time, then I need to actually help you build that infrastructure from the ground up, because otherwise we’re dishonest. Surprisingly, many NGOs are not willing to go the long haul and build an infrastructure that would be meaningful.

We’re trying to create an economic development program more than anything else, and it’s really about building skills and funding equipment to make sure that the skill level matches where we want the design to be. For example, our dragon shoes were a major undertaking, as far as product development. It was really about proving that these pagoda carvers had skills that were translatable. 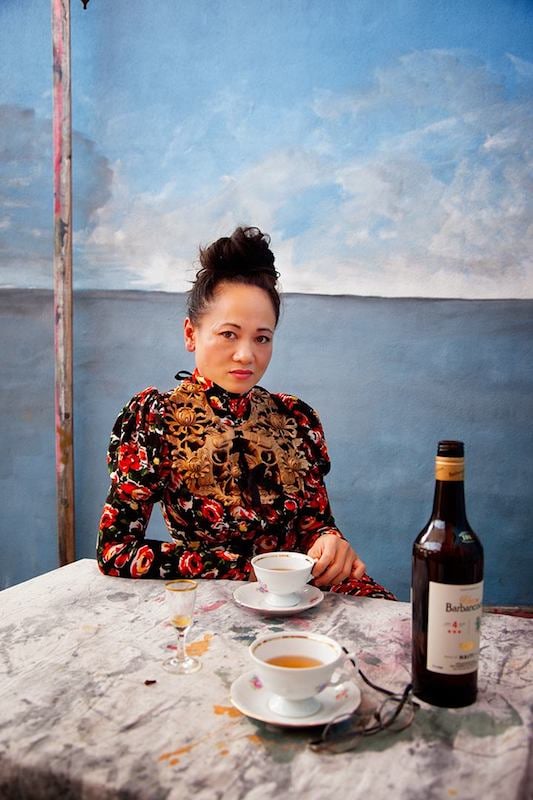 How do you differ from a company that simply donates a percentage of its profits?

Companies that say they donate a percentage, I’m skeptical that it ever happens. Who knows. You basically clean your hands of responsibility to truly be impactful. We’re here as collaborators to solve a problem. We’re not trying to provide a scholarship for one child. We’re trying to ensure that the whole family has the economic wherewithal. If someone is a carpenter with a great skill but needs equipment, we want to equip them. It’s a slow process making sure they can grow and that their hard work will get them to a place where they can support themselves. 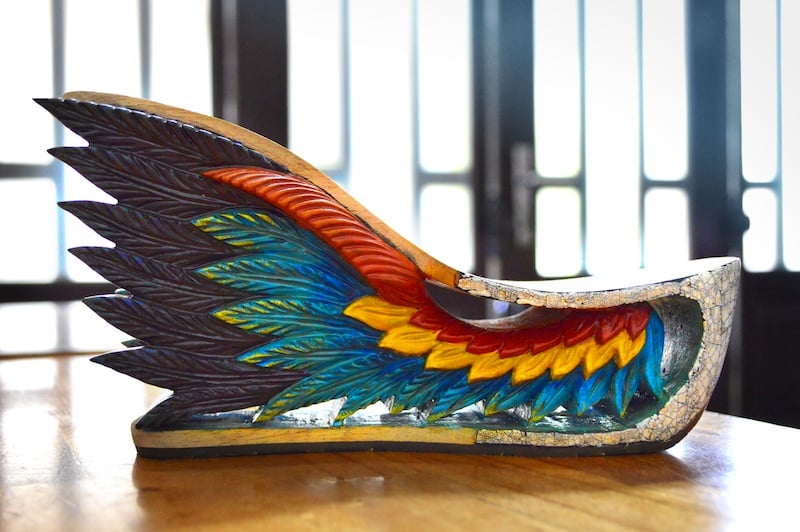 The dragon shoes are part of the Saigon Socialite label – what was the inspiration behind this project?

Saigon Socialite started out as just a nickname. Most of our products never have a label on them. The idea is that you should be able to look at it and recognize the product. I wanted something that you could look at and know it was made in Vietnam, but Saigon Socialite was inspired by my great grandmother. She was married to a duke, my great grandfather, and she had these beautiful, hand carved clogs with mother of pearl inlaid. I had this idea that when you look at being a socialite, in its old form at the turn of the century, there was a sense that those who are wealthy have a responsibility to help people. A lot of Vietnamese look at the shoes and say, “Don’t you know that’s so wrong? Only the royal family is supposed  to carve dragons!” and I respond, “Well does that help anyone?” If these shoes can deliver  employment, then I welcome someone from the royal family to come challenge me on this. For years, the shoes had their own notoriety. 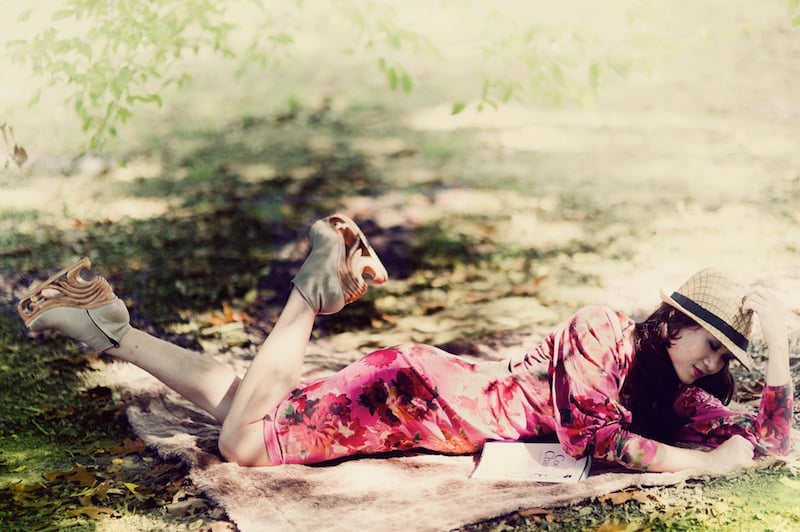 Was there a particular moment that inspired you to change your life course and become an activist?

My husband and I are both from finance backgrounds and we lived through 9/11 in New York. We missed 9/11 by about two minutes. Seeing all of that, I wanted to change my course to start something creative and decided I would give myself three years to try. In that process, I saw some very tragic things. I used to call myself a “work slave,” and then I started meeting people with real problems who couldn’t get out of debt, couldn’t get a better life. I started asking myself if I could do something about it. It wasn’t for the sake of myself, but it’s been a privilege to learn a lot about myself through this process. I feel like I’m a student of philosophical philanthropy.

What specifically are the ethical production issues that you hope to address?

If you look at the industry, these big massive buyers immunize themselves against any of these problems of production. They send an agent from a labor organization who then signs off that the factory of production is okay and I find that people who are supposed to be on guard and watch, like labor organizations, don’t really know what’s happening. The buyers and the agents come together and really collude. The labor organizations have the buyer sign a piece of paper that says they want to disclose their labor practices and then they’ll handle all of the certifications and make sure the Vietnamese or Chinese factories comply with everything. But in reality, that does nothing. The guys who work at the labor organizations sit in their nice, air-conditioned offices and have no idea how manufacturers hire or if they even pay their workers. On the books, it looks okay, but the buyers are still pressuring for production prices to go down and the price is set by how productive the manufacturing line is. 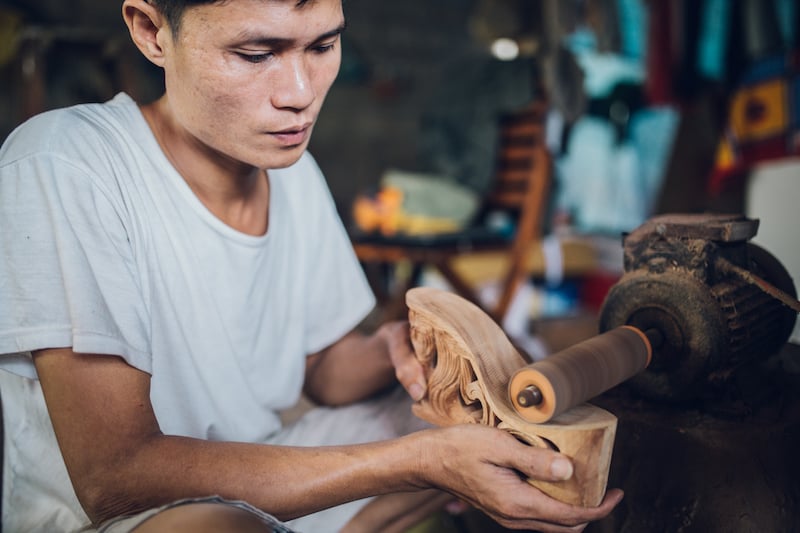 How does Fashion4Freedom’s model change this?

That’s part of our core. We don’t rush to do mass production. Our model on the social issue side is very different from the model on the fashion side. On the fashion side, there’s constant product development, but that usually happens on paper first. Designers will say something like “I want pink alligator skin this year,” so everybody rushes to find an albino alligator to then make a Pepto-Bismol pink because that’s what the designer wants. But what we do is reverse the design process and look at what our artisans can do now.

So you design based on what you have the means to create instead of what consumers want?

Yes. Actually, designers don’t know what the consumer wants, but they often believe that they can push them to want something. It’s the chicken or the egg. The thing is that it’s all about really understanding what’s unique and not being afraid to venture at the edge. Let’s say the consumer wants all black, but then everybody will produce all black and if we produce pastels, like we did this season, it becomes very exciting. People could not get enough of it and that’s understanding the market. There will always be a demand for the outlier. I follow the black swan theory and we can do it more efficiently and effectively because first we look at who can do what in Vietnam. 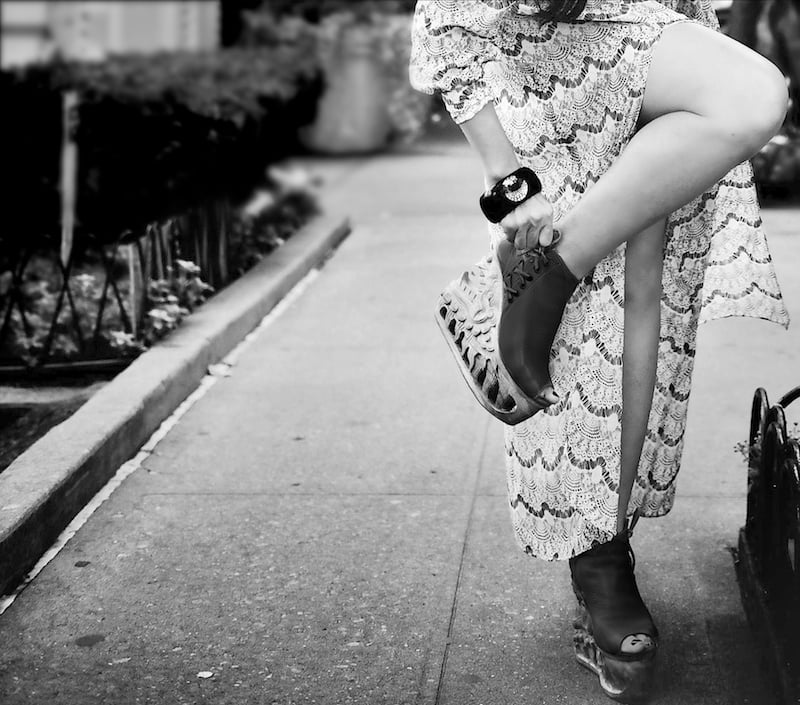 But even if consumers don’t like our products, our other business model is that we produce for other brands. I’m less interested in selling our brands, than I am about producing and selling other people’s brands. In order to really change the supply chain and make it understanding and inclusive of artisans, I can’t say, “Look at me! We’re doing great crafts and I’m not telling you how to do it.” We are completely transparent down to how much the artisan gets, how much the material is, and how much you can move the price point. That’s why I named one of our labels WRONG, because we’re doing everything wrong and contrary to the industry.