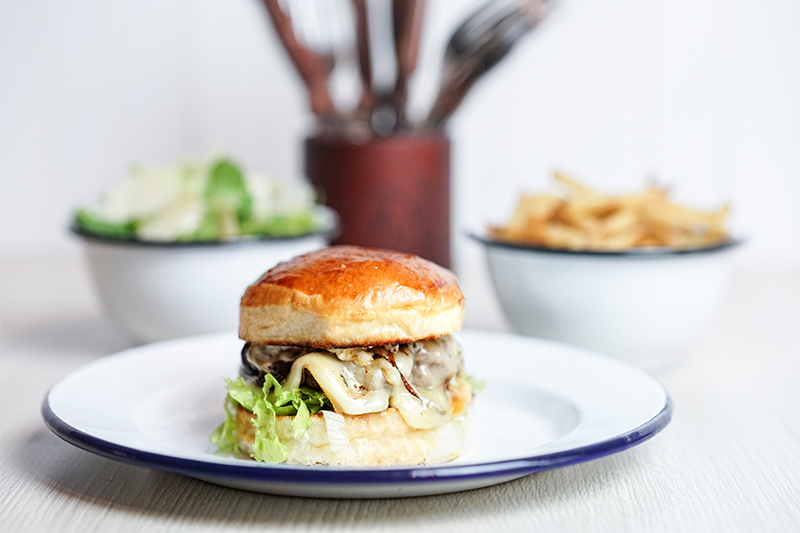 … and why are his burgers so delicious

Marcel Gourmet Burger (132 Calmette, D1,) occupies a small space on a busy street between a construction site and a Vietnamese spa, but step foot inside and you’ll swear you’ve fallen asleep and woken up in a Wes Anderson film. Subtle pink and orange furniture with natural wood accents are offset by a wall of green plants, and classic French pop music gives voice to the rich smells emanating from the small windowed-off kitchen.

While the dining room is relatively small, a large upholstered bench with modular tables can accommodate several small groups, while smaller tables are perfect for couples. Comfortable, inviting and unique: a Parisian café in Saigon. 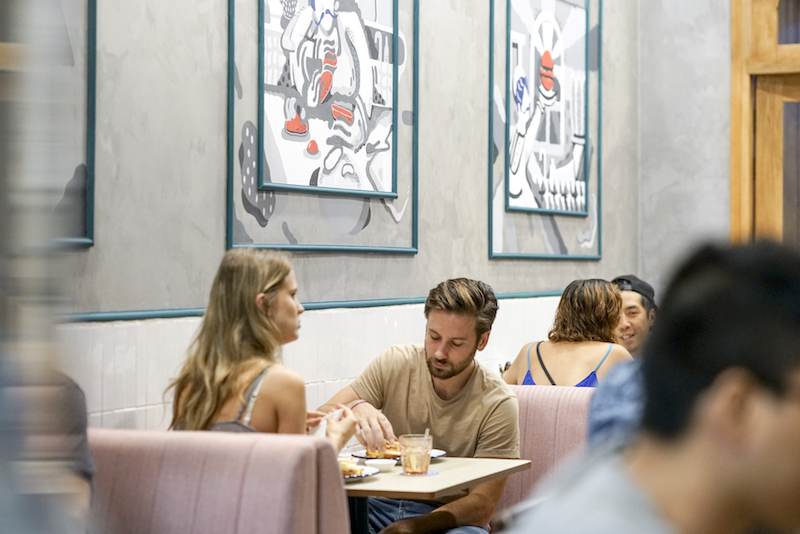 Our drinks, Tê Tê’s Draught White Ale (VND90,000, 330ml) were accompanied by Alex Halbers, a longtime Saigon resident and the owner and visionary behind Marcel Gourmet Burger. Earlier this year, Alex hosted two old friends who operate a traditional Bar à Manger in Paris. Over the course of several festive evenings and one morning of earnest calculations, the idea for a Parisian café in Saigon was conceived and refined, and ultimately the three threw their lot in together and Marcel was born. According to Alex, in France the name Marcel is associated with the older generation, maybe a grandfather, and you go to his house and he brings you some special dish that he just made, fresh from the oven. “Marcel’s house,” the friendly old man who lives next door who has you over for a home-cooked meal.

Marcel’s delectable quality is no accident. Alex worked with a team of French interior designers to craft the ambiance, and spent three months working with a French chef to develop the menu. Speaking with Alex, its apparent how much thought and care went into developing each burger. Le Signature Burger, for example, was inspired by ski resorts in the French Alps: raclette, or “melted cheese,” is a favorite cold-weather snack typically served with a baked potato that’s otherwise difficult to enjoy in the heat of Saigon. With a steady supply of French gourmet ingredients and a rooftop herb garden next door, Alex plans to continue experimenting and innovating with occasional specials, as inspiration dictates.