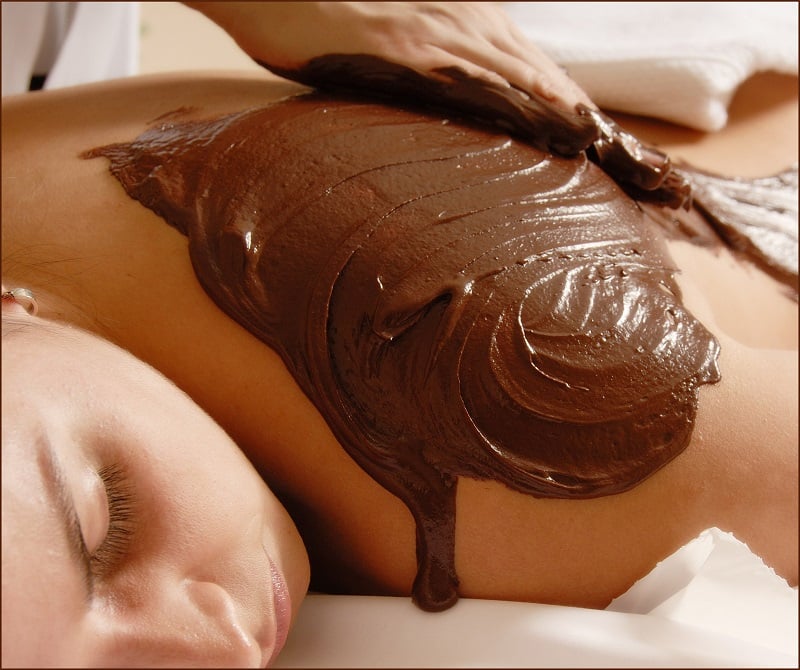 The skinny on chocolate’s therapeutic benefits

Ever since the first Europeans encountered cacao, they’ve been documenting its use as medicine. The Badianus Manuscript (dating back to 1552) recorded that Mesoamericans used cocoa derivatives as remedies for everything from angina and constipation to gout and hemorrhoids.

As it made its way over to the Old World, kings and cardinals also saw the therapeutic benefits of chocolate. In a 1671 letter thanking Cardinal Leopoldo de’ Medici for a box of assorted chocolates, the very forthright Father Ettore Ghislieri added that in addition to being delicious, they were effective as a treatment for his unfortunate flatulence.

Fast forward several hundred years and thanks to research largely supported by Big Chocolate, the “food of the gods” is now practically viewed as a superfood, able to do everything from improving blood flow and  cognitive performance to treating immune disorders and reducing blood pressure.

Admittedly, much of the research is based on observational studies rather than hard science, like in the case of the Kuna Indians, an isolated tribe in Panama who drank on average more than five cups of cocoa a day in their native habitat. Despite also having an unusually high salt intake, hypertension was extremely uncommon in this community. However, their health seemed to worsen when they moved to urban environments and away from their chocolate-rich diet.

As a lover of all things chocolate, I’m happy to believe that whatever is good enough for the Kunas is good enough for me. Using my own highly anecdotal and therefore thoroughly unscientific methods, I wanted to add to the chocolate debate by trying to find out: Is chocolate as good on my stomach as it is in it?

My experiment involved something called the Chocolate Fango Wrap, the fulfillment of a lifelong fantasy of getting smeared from head to toe in warm, gooey chocolate. In preparation, I donned a pair of barely-there spa briefs, the only thing between my own Almond Joys and the rest of the world. On a plastic covered massage table, with New Age music playing in the background to accompany an Old World cure, I became a willing subject to 75 blissful minutes of getting slathered in what could be best described as the ingredients of a chocolate chip cookie recipe. 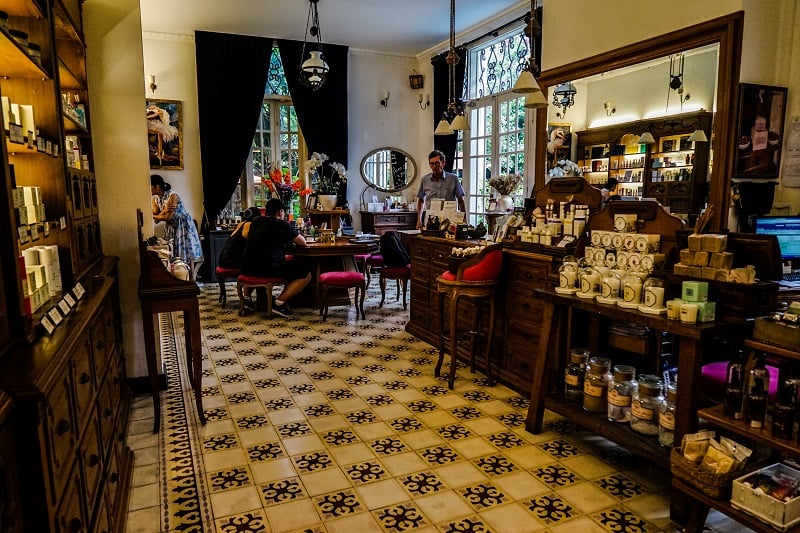 To prepare my skin for its chocolate wrap, the therapist began with an exfoliating sea salt scrub, gently rubbed into my skin using circular motions and helped along with splashes of warm milk. It reminded me of  Cleopatra’s legendary milk baths as part of her daily beauty regimen, albeit with donkey’s milk rather than cow’s milk. It’s thought that the lactic acid in milk, the same substance that causes pain in our muscles when overused, helps to break down dead skin cells allowing the skin to rejuvenate itself more quickly.

It finally came time for the chocolate wrap, applied with long strokes from a warm container. The therapist shook her head when I asked whether it was edible. In the name of thorough research, a quick lick confirmed that the concoction was rather bland and pasty rather than the sweet, sweet decadence of my dreams. It turns out that L’Apothiquaire mixes dark chocolate with ghassoul, a reddish brown cosmetic clay mined from the Atlas Mountains in Morocco. Had I been more of a linguist than a scientist, I would’ve known that the “fango” in the Chocolate Fango Wrap actually means “mud”, specifically a clay mud taken from hot springs at Battaglio, Italy, and often used to treat certain medical conditions. L’Apothiquaire uses its Moroccan cousin, ghassoul, known for its ability to absorb impurities from the skin, which perfectly complements chocolate’s benefits of moisturizing and softening skin as well as smoothening wrinkles, reducing inflammation and improving circulation.

Streaked with the stuff, I looked like I had lost a particularly uneven fight with a scrappy Willy Wonka, but my skin had never felt so smooth and nourished, proving unequivocally that chocolate is equally wonderful inside and out. Over a final head and scalp massage, my entire body felt good, almost good enough to eat.

The Chocolate Fango Wrap costs VND910,000 before VAT. Customers are also invited to swim in the pool and use the steam/sauna room after the treatment. 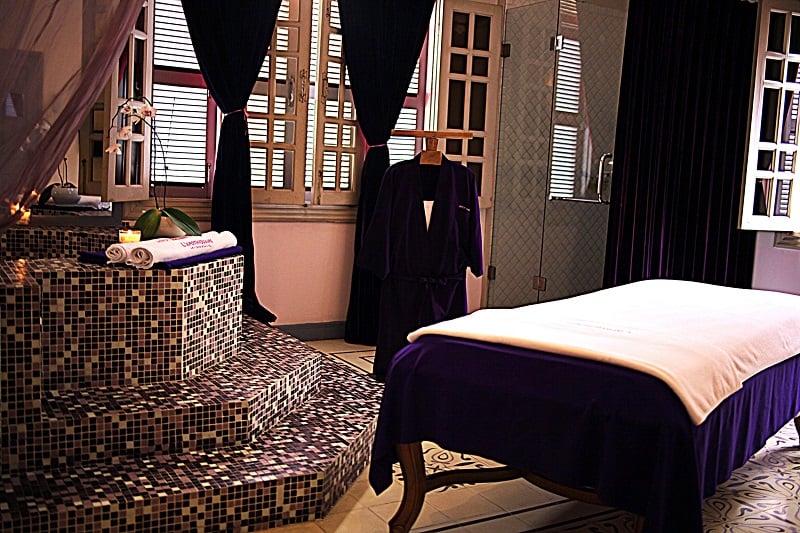