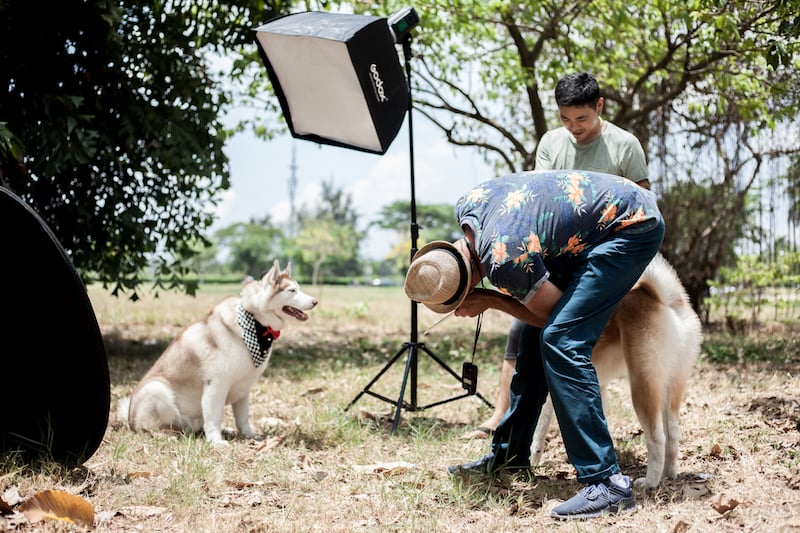 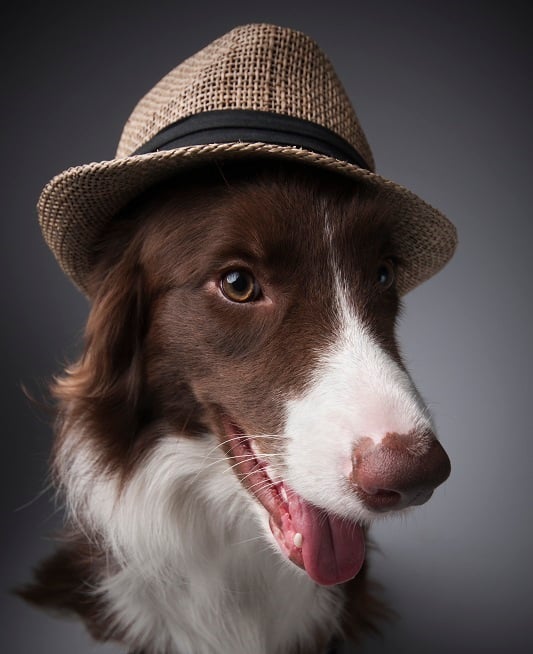 Time to get Fido and Whiskers ready for their close-ups

Fluffy cats with pouty expressions and pugs posed with their paws in the air are pretty much the stuff that makes any human being smile. If your Instagram feed is mostly celebrity pets, Lil Bub and your own cuddly, fourlegged friend, then you’re going to want to read about Thomas Ritchie’s (www. thomasritchiephotography.co.uk) dream career as a pet photographer.

Where did you study photography and why pet photography?
I studied photography at the awardwinning Edinburgh College Photography department. My portfolio was submitted and awarded a Licentiateship from the BIPP (British Institute of Professional Photography). The BIPP accreditation is only given if your work is of a suitable professional level and means I have to abide by their code of conduct for my work, which ensures a high standard in the work I output and in my dealings with clients.

It was a combination of seeing the personality of all the different pets we had in our family growing up and then discovering the work of William Wegman and his Weimeraners. The man is a creative genius and was one of the first photographers to use his dogs in poses that most of us associate with people. His work opened a door in my imagination and I was keen to walk through it. I didn’t at that time realize how much training would have to go into getting a dog to do what you want in the studio, but that’s been part of the fun.

What inspires your passion?
I’ve loved cameras and photography since I was a child and this, combined with my love of animals, makes it a dream job. What drives me is seeing the happiness and satisfaction on a client’s face when you have captured the personality of their pet in an image that they can share and enjoy.

Images from Wegman started me off and more recently Seth Casteel and his dog action shots. Also, Jesse Freidin and the shots of dogs wearing outfits like those worn by Lady Gaga help to drive fresh ideas and show that anything is possible. 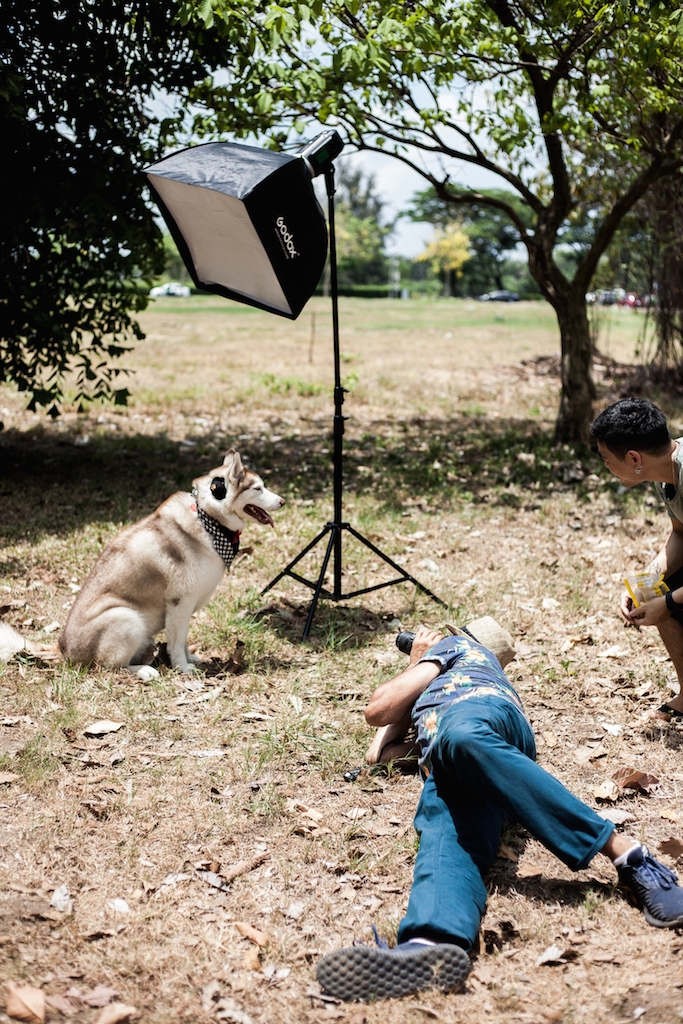 Tell us about your first client?
It was my friend Andrea, from Falkirk in Scotland, and her Hermann’s tortoise Harvey. You’d think that a tortoise would be easy to shoot but it involved a few challenges because Harvey is cold-blooded and Scotland is not the warmest place on earth. We tried a few things with him out of his vivarium, but he wasn’t keen on staying in one place, and tortoises can move faster than you’d expect so we had to re-think the plan. Determined to get the shot, I put Harvey back into the vivarium and then found myself lying on the floor with the top half of my body squashed in the vivarium while Andrea was moving Harvey to one end and I had sugar snap peas below the camera lens to encourage him to walk towards me and it worked. I’m convinced the food was the key in getting the shot as it stopped him just basking in his vivarium under his sun lamp.

What is the biggest challenge working with dogs?
Keeping them still and focused on me long enough to get the shot can be difficult, especially if they are very young and puppy brain is still in charge. It’s like shooting children, they have a short attention span and are extremely curious so you have to be prepared for it and be patient. It really helps if the owners have walked them and run off some of their energy before we shoot.

How do you get the animals to stay and pose for you?
With dogs it’s actually quite easy, I always ask their owners to have their favorite toy or treat with them at the shoot, or I take some liver cake that I make for my dog Dougal. Most dogs will do anything you want them to for it, it’s like magic. I usually either hold the treat on top of the camera and let the dog know it’s there or have the owner stand behind me with it and then the dog will look down the lens for me. With other animals it’s not always so easy and you have to be even more relaxed. There’s no  way to get a cat or a lot of other pets to do what you want so you have to be really patient and ready to click the shutter quickly to capture the moment. The key is definitely to make sure the animal is comfortable and happy. If this involves me crawling or lying on the ground, climbing ladders and having squashed treats in all my pockets then it’s worth it. 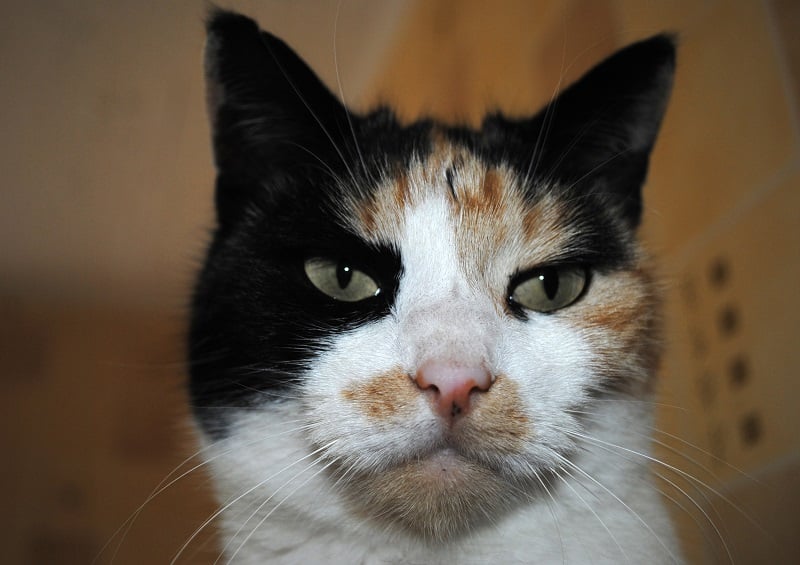 How is pet photography different from any other type of photography?
It’s much more unpredictable than shooting a person, people are generally more compliant and can follow directions, but the fact that anything can and usually does happen with animals is half the fun. There’s always usually a lot of laughter with the owners and myself at the animal’s antics. Those are the only main differences as the prep and postproduction are similar to a fashion shoot in many ways.

Tell us about your most memorable or rewarding pet photography session.

I found this so difficult to narrow down because there have been so many, from Mika the pug in her different outfits for a calendar, Harvey the tortoise being shot on a skateboard for a broadband advert to the first time I took Max, my parents’ border collie, into the studio. I guess it has to be that first shoot with Max because it was the springboard from which the idea really took off for me.

How do you keep the animals safe and comfortable during a shoot?
The owner has to be there, I wouldn’t shoot anyone’s pet without them being there to make their baby feel safe, and the time of the shoot has to be limited to around 30-40 minutes to ensure that they don’t get too bored and tired. This is especially important here in Vietnam, both in the studio and outside because of  the heat. The flash can also be frighteningto some dogs and sometimes we need to spend a little time getting the animal used to it and if they don’t like it then we abandon it and try to use natural light where possible. Within 90 minutes I can arrive, set-up the kit, shoot the animal and be gone, with the pet being involved for less than half the total time. Their welfare has to be paramount in any shoot. 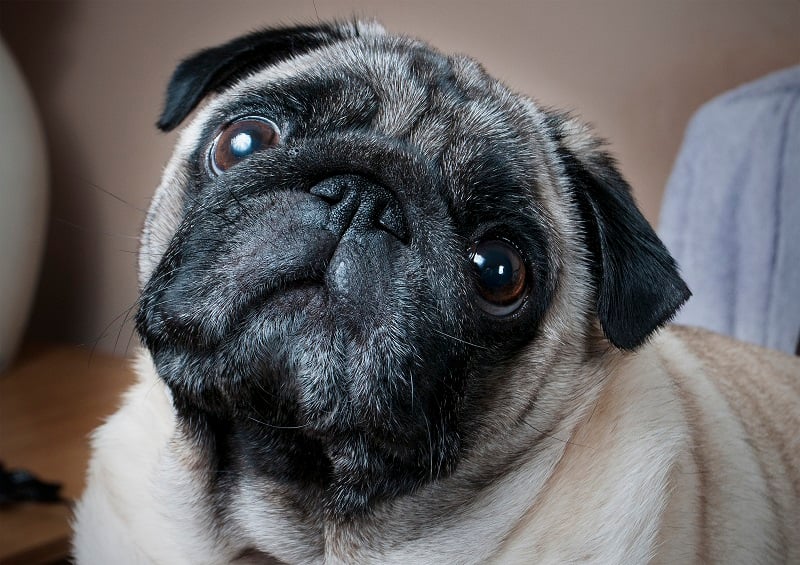 Who’s harder to work with – the animals or their owners?
Now, how honest to be here! This question did make me laugh a little because some owners have ideas that aren’t possible with their pet. The owners can be a little harder to work with than the animals and that’s understandable as I’m shooting their baby. They can also sometimes get a little excited which then excites the pet and makes them less cooperative. I guess the other thing is that the animals can’t talk!

Tell us about your dog Dougal. You’ve got some gorgeous photos of him, is he a diva in front of the camera?
Dougal is pretty good in the studio because I’ve been very consistent with his daily obedience training and he just wants to make me happy. He has such a wonderfully friendly and happy personality, and we have such a strong bond that he’ll let me do almost anything to him. I got the picture of him in his hat in around 10 minutes; it took about 35 shots as he kept knocking the hat off, but that was the game and through play we got the photo. It wasn’t even planned, I was in the studio setting up new lights I recently bought and he wandered in so I thought let’s test the lights and you can see the result.

I’m currently planning to shoot a cowboy theme with Dougal—with cow skin rug, cowboy hat, checkered shirt and a Sherriff ’s badge—to play on his breed as a border collie, being responsible for herding cattle and keeping them safe. Finding the correct props and getting the clothes to fit is sometimes a challenge and it would be great to find someone who could make outfits for him because I have so many ideas of things I can do with him. The poor wee boy doesn’t know what he’s in for but he’ll be well rewarded.

And finally, what advice would you give our readers trying to get the best shots of their pets?
Firstly, I’d say get me to do it! Run off some of your dog’s energy before shooting as they will be more relaxed and wiling to work with you. Be patient and enjoy it, if you get stressed then so does your pet, so try to make it as enjoyable as possible while remaining calm. Use food, bribe them to do what you want and reward them often. Most importantly, use your knowledge of your pet and what they do and don’t like to make it fun. 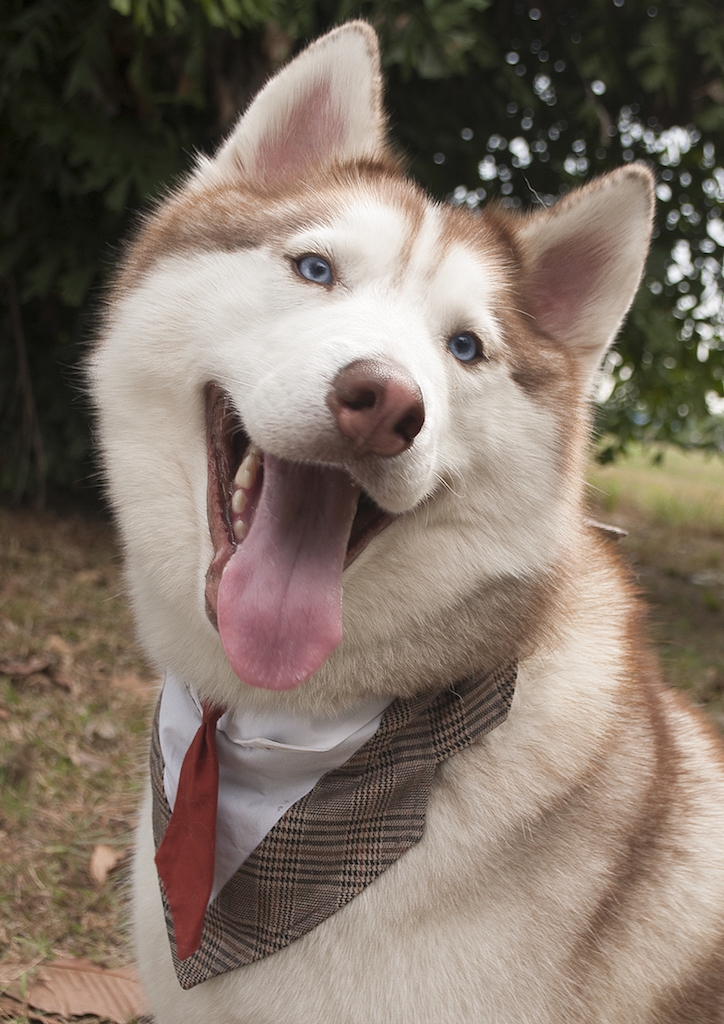