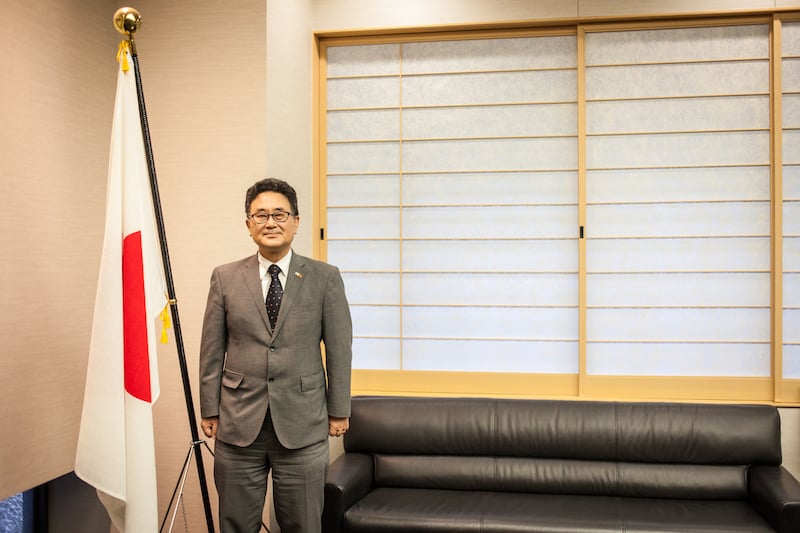 The Rising Sun Meets The Pearl of The Orient

From economic and social development to cultural exchanges, the relationship between Vietnam and Japan has grown phenomenally over the last few decades. Having spent his 35-year career as a diplomat, Oi sat down with Mr. Jun-ichi Kawaue, the Consul General of Japan in Ho Chi Minh City to discuss the many ways the connection between the two nations has been strengthened.

How long have you been in Vietnam?
This is my fourth term here in Vietnam, and the previous three terms were in Hanoi, so I spent almost 11 years in Hanoi. I was transferred to Ho Chi Minh City in February of last year.

How was the relationship between Vietnam and Japan established?
It was 45 years ago, in 1972, there was a Paris conference where the peace treaty was signed. Many countries started to form relationships with Vietnam at that time, and Japan was one of them. We mark our 45th anniversary this year, but actually many countries also mark their 45th anniversary. It was a decision with the war ending in the near future that it was time to establish diplomatic relations with northern half of Vietnam, so we negotiated in Paris and then on September 21, 1972 we signed the agreement to establish diplomatic ties.

Since then, what have the two countries done to foster that relationship?
When we started our relationship, the American War continued until 1975. We waited for one more year for the establishment of a unified Vietnam in 1976. Our relationship with Vietnam stayed in a lower profile until 1992 when Japan resumed ODA (official development assistance) to Vietnam. And at the same time, that was the end of the cold war, when Vietnam participated in another Paris conference, which we also participated in. After Vietnam signed a peace agreement with Cambodia we resumed ODA. After that relations were quite normal and developed step-by-step. Japan is now the largest ODA provider to Vietnam and we have such a presence here, of Japanese companies and Japanese people living here.

What are some of the biggest imports and exports between the countries?
Many Japanese companies, instead of importing, they make products here. This is our new tendency. I have statistics from Vietnamese customs from 2015 which reports that for exports to Japan, almost 20 percent are textiles. Transporting machinery, vehicles and spare parts is 13.7 percent, and another 10 percent is other machinery. Sea products imported from Vietnam are big as well. Many Japanese companies invest in it here and export it to Japan. As far as Vietnamese imports, meaning Japanese exports, 30 percent are machines and spare parts, and 15 percent are computer related, like electronics. Once we imported more crude oil. In 2014 almost 10 percent was imported (from Vietnam), but it was reduced because the cost is a bit high here, so we now import our crude oil from the Middle East.

As far as investment is concerned, before Japanese companies established factories here to make products to reexport again, but now many Japanese companies are taking into account this country’s 90 million population, which is a very big consuming market, so Japanese manufacturers make products here and they sell them within Vietnam. It’s a newer trend that has been successful, like Acecook noodles. Everyday consuming products and food processing is quite a prospective here in Vietnam; it’s a new tendency, as well as retail. You may know about the many convenience stores here, like Family Mart and Mini Stop, as well as department stores like Takashimaya, which opened near Ben Thanh Market in the center of the city, and also Aeon Mall. Three Aeon Malls opened here two or three years ago, and they started to develop other malls in Hanoi last year.

In regards to the metro, we are now under construction of Metro line 1. It’s now in the final stage, the underground part between Ben Thanh Market and the Opera House, and then it will go out to Suoi Tien Park. So hopefully it will be operating in 2020.

What does the consulate in Ho Chi Minh City do to promote the relationship between countries?
Not the consulate, but NGOs and private Japanese organizations had a Japanese festival here at the end of January at September 23 Park. Maybe next year we’ll have the same kind of festival. And Vietnamese people are getting more interested in Japanese culture.