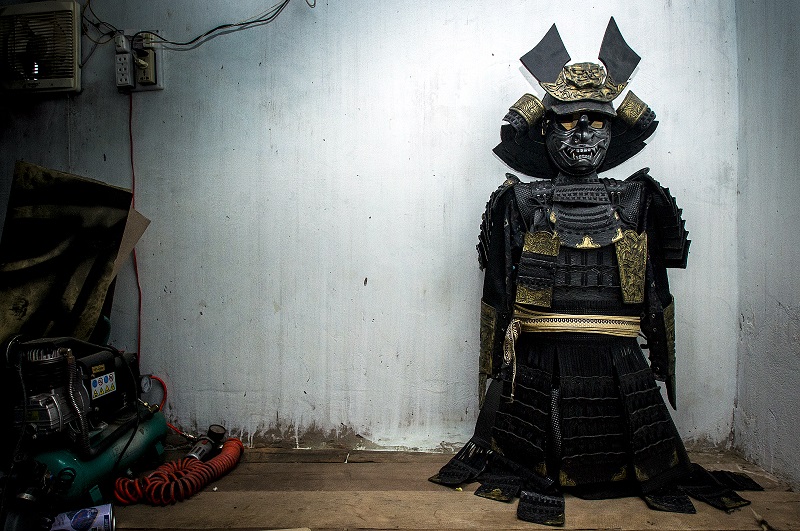 In the cosplay community, Han Phi Tuyet (also known as “The Armor Man”) is the go-to designer for bespoke one-of-a-kind anime or sci-fi inspired costumes. At 28, Tuyet has created sets and props for movies, celebrities and online gaming companies. In Vietnam, he is one among the only two artists who specialize in historical costumes.

“I started hanging around the IDECAF Nu Cuoi puppetry company when I was 12, mostly as a hobby and for fun,” shares Tuyet. “I used to run straight from school to the theater, eager to jump in and help out. Once I finished high school, I became a fulltime staff. I didn’t have the money or the time for college, and I already knew what I want to do for the rest of my life.” 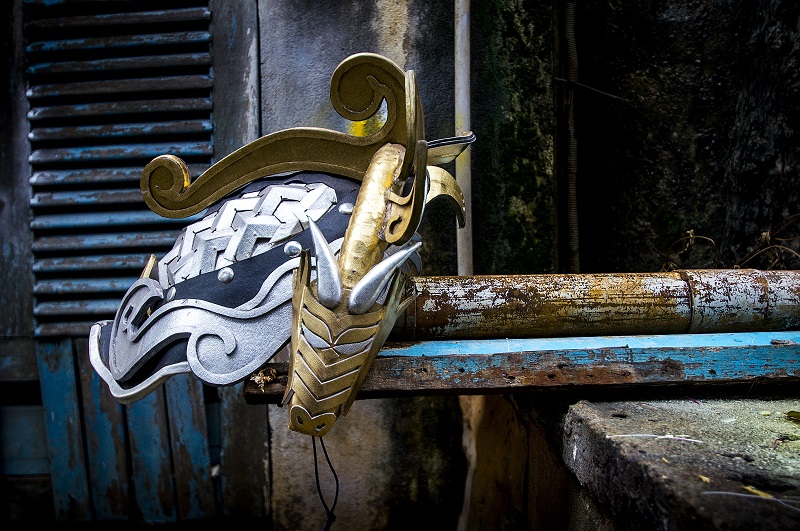 It was during those years at the theater that Tuyet fostered his passion and skill for costume design. He was responsible for designing the puppets and their movements. From there he graduated to making weapons and armors for Vietnamese opera shows.

“When I started out, I claimed I could make full, functional sets of wearable armors and costumes. Nobody believed me. Some even called me a liar,” he says. “At that time, nobody had the knowhow and there were few suitable crafting materials. We used to make boxy suits out of hard plastic or foam. Of course, those are hardly wearable let alone durable enough for filming or realistic enough to viewers. Once I made the first set and showed them the proof, though, then they started believing.” 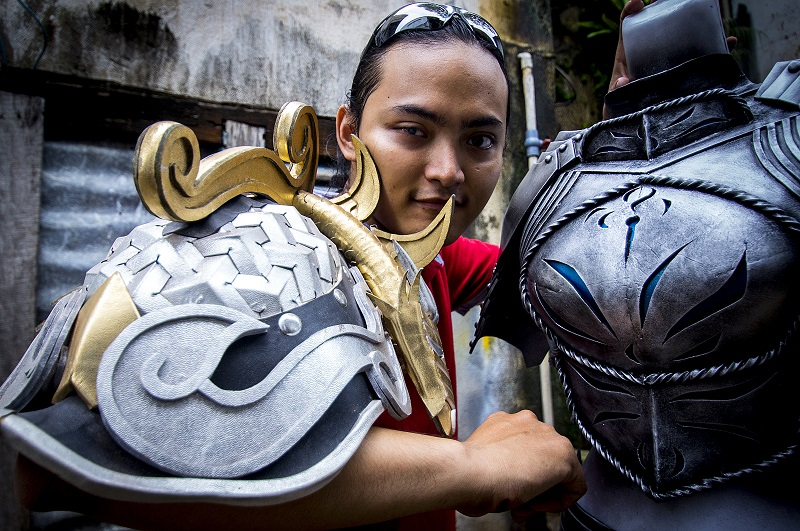 In early 2013, Tuyet left IDECAF to open his own business when he was commissioned by a Hanoi-based PR company to fabricate a pair of Victoria Secret inspired wings. The piece comprised of thousands of white feathers hand-glued onto a lightweight metal frame, and cost VND9 million. Vietnamese lingerie supermodel Ngoc Trinh wore it to a gaming event. The project helped launched his solo career. Since then, his works have appeared in marketing campaigns, game conventions, cosplay contest and historical television dramas.

Tuyet’s work is difficult to describe in steps. A costume usually begins with drawing a design and then giving it realistic, wearable elements. “I deal with a lot of fantasy designs in my work. Game companies would come in with an armor suit that, you know, you will have to weld it shut around a model in real life, and then maybe saw it open when the job is done. It’s up to me to make their ideas work.” 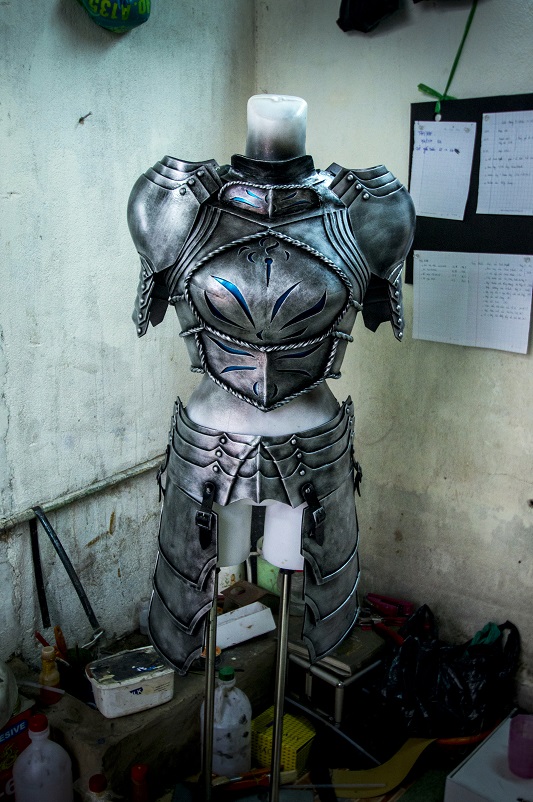 Each piece is labor intensive, and sometimes dangerous, taking a minimum of two to three weeks to finish. “We use whole barrels of glue each day. We can’t do it outside since the neighbors can’t stand the fumes or the stink. We do use protective equipments but when you are working 12 hours a day in a tiny room filled with gas from chemical paints and glue, there’s only so much a mask and gloves can do,” says Tuyet. “The demand is great and if you are good you won’t be starving for a gig, but this is not  something for people who are lazy. This is what I do. I’ve known this since I was a kid. I probably will pay for this when I’m older, inhaling all the fumes. But, you know, the feeling of completing a suit of armor and then putting it on and seeing yourself in the skin of some larger than life fantasy character. Priceless!”