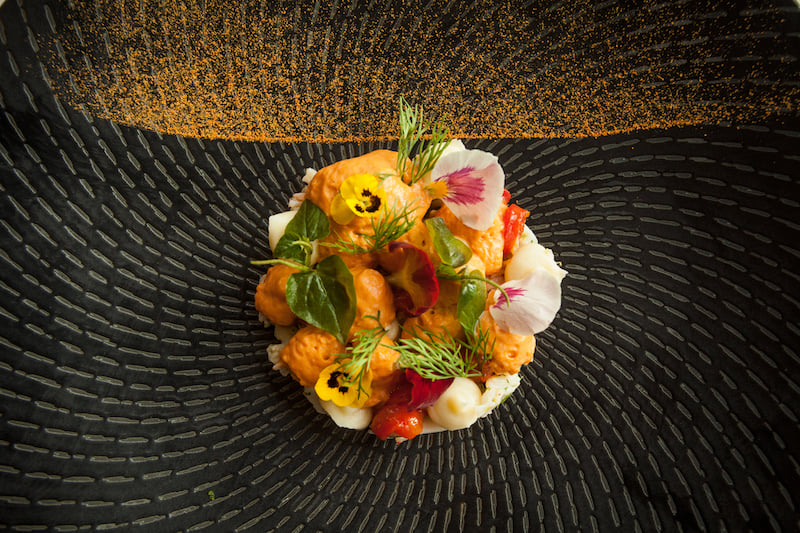 Traditions are great. They create structure and stability, and give us a sense of familiarity and safety. That applies to everything from centuries-old institutions, say the British monarchy, to your favorite restaurant where you can always count on your usual table being available, service just the way you like it, and your go-to meal tasting exactly the way it always has. After all, there’s a certain comfort in the familiar, safe from the inherent (and inevitable?) disappointment that comes from ordering something new.

Every now and then, though, traditions need some shaking up. Last month, millions were glued to the royal wedding where the world’s most eligible ginger married an American celebrity divorcee (gasp!) and a woman of color (double gasp!). Not since Princess Diana herself had tradition been so turned on its head. 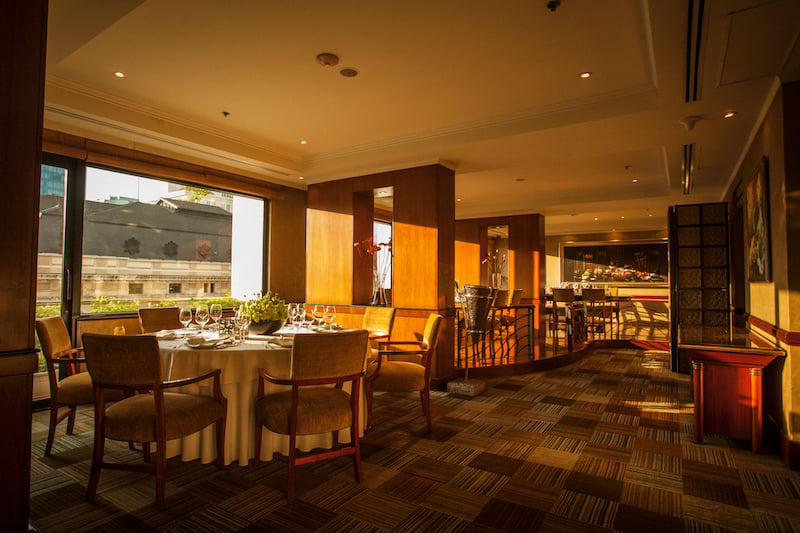 A couple of days later, I found myself at Reflections Restaurant at the Caravelle Hotel (Level 3, 19 Lam Son Square, D1), itself a venerable institution. Opened in 1959, the Caravelle was the tallest, most luxurious and modern hotel that Saigon had ever seen. Through the years, the hotel famously hosted journalists, war correspondents, Russian ambassadors and Hollywood actors. That kind of tradition tends to be cherished, like a precious artefact forever suspended in a climate-controlled glass case. Sometimes, though, tradition can be subtly updated without being upended – a bare, stocking-less leg here or a dropped “promise to obey” there.

Reflections has recently been doing something similar, quietly dropping the “Fine Dining” from its name. While a tucked away corner near the bar still oozes an old-timey feel with leather club chairs, framed photos of Old Saigon and plenty of dark wood, the main dining room is bright and contemporary, sumptuous without being stuffy. The million dollar views over the Opera House through oversized windows are still there, of course, but Reflections now feels like a place one can go anytime for a refined meal without having to wait for a lifealtering special occasion.

While the main menu features Asian-inspired favorites, it’s really in the Taste of the Month menu where Executive Chef Darren Watson’s creativity is given wings. Despite its name, the seasonal, product-driven menu regularly changes every 6-8 weeks, allowing it to keep abreast of the latest culinary trends and to feature newly available products.

Case in point was the Alaskan king crab appetizer (VND650,000). While frozen king crab legs are nothing new, the availability of live Alaskan king crab here in Saigon is. The delicately sweet picked crab meat was the ideal vehicle to carry the accompanying ginger parsnip creme, a delightfully earthy roast red capsicum chutney and a light-as-angel’s-wings bergamot bisque espuma (foam). While the distinct flavors and creamy textures are appealing, Chef Darren’s light hand ensures they’re delicate enough not to overpower the star of the dish which remains the succulent king crab. While I usually don’t go for froufrou garnishes, the edible flowers and herbs served a real purpose of adding drama to this very colorful dish, especially when served against a black plate with a trail of orange lobster dust. 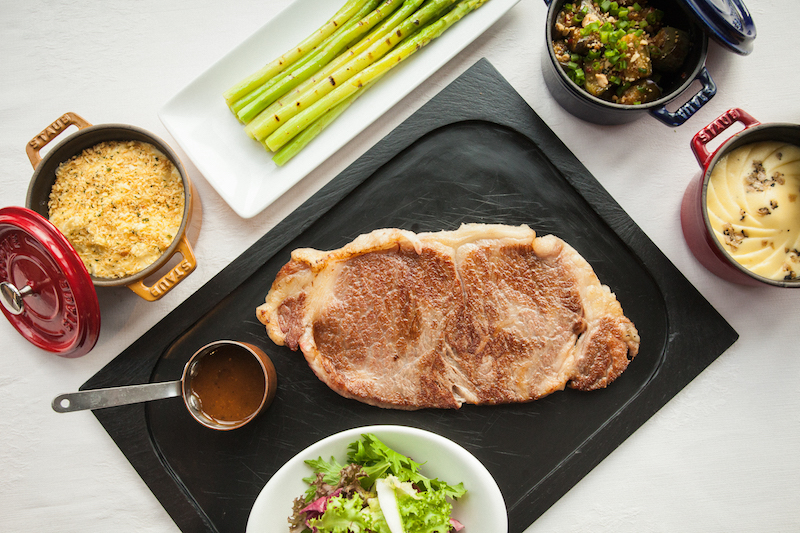 We ordered another premium product as a main, the Japanese Hitachi A5 full-blood wagyu sirloin (VND1,890,000 for 200g). When it comes to great beef (as well as the royal throne), sometimes bloodlines do matter. Here, “Hitachi” refers to a brand of wagyu cattle hand-raised in Japan’s Ibaraki prefecture, “full-blood” indicates that its pedigree is pure, and “A5” is the highest possible grade awarded to Japanese wagyu. We ordered the steak medium to cook through the deliciously marbled fat while keeping the meat juicy and tender. The accompanying forest mushroom cream sauce was excellent, as was the set of 12 flavored salts, including my personal favorites of citrus, cardamom and masala. 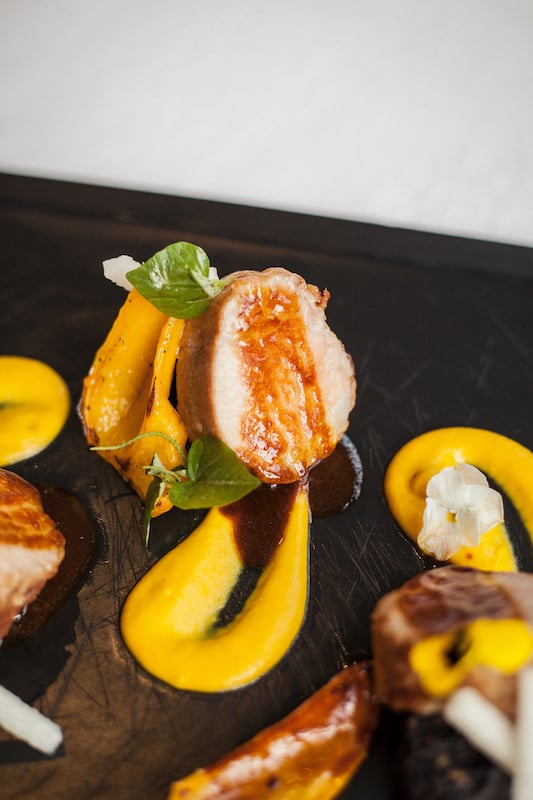 The Iberico pork loin (VND529,000) was also stellar, a more traditional dish but with some of the more traditional components swapped out for a modern take, including a fermented pear gel and piquant grapes. Rather than being spicy, the peeled spheres were infused with aromatic spices like cinnamon and star anise. While sides (VND89,000- VND120,000) weren’t absolutely necessary, the Asian-inspired Roast spicy eggplant caviar proved as intriguing as its name suggested. Eggplant is notoriously hard to work with, often either too dry or unpalatably slimy, but here, Chef Darren creates a dish of surprisingly complex flavors. 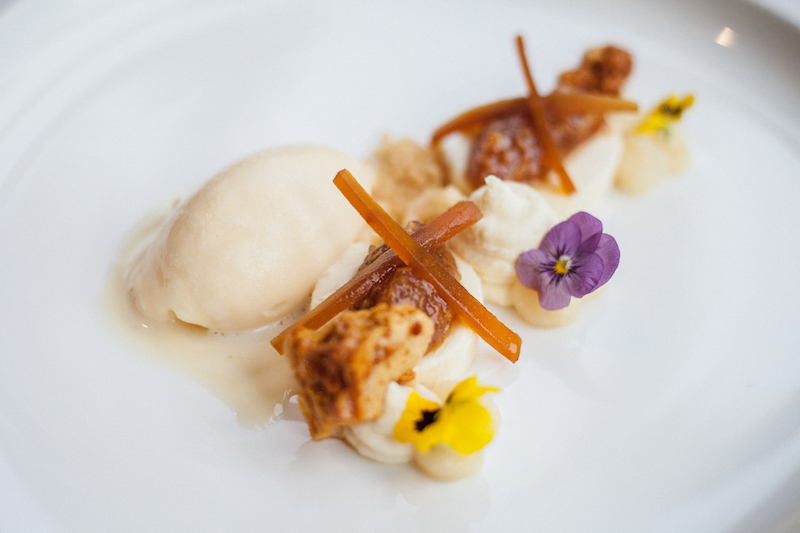 Like with the newest royal couple, dessert was a deliciously odd pairing. The White chocolate mousse with milk ice cream (VND189,000) was demure, with parsnips lending their tenderness and subtle sweetness to the mousse, while a roast banana compote and a crunchy homemade honeycomb added a contrast of textures. On the other hand, the Chocolate and salted caramel tart with salted caramel ice cream (VND189,000) was brash, and in-your-face good, with its chocolatey richness and play on sweet and salty, a final confirmation that this was definitely not your grandfather’s Caravelle. After dinner, we headed up to the Saigon Saigon Bar, the Caravelle’s iconic rooftop drinking hole where journalists gathered to report on the front lines from their bar stools. The bar shamelessly plays to its history with a history wall on the way up and menu items named after notable events. There’s even a Caravelle Terrace Draft, a signature craft beer similar to what journalists drank back in the day, made specifically for and only available at Saigon Saigon Bar. While you may come for the history, definitely stay for the live music as we did, with the fivemember “Living Cuba” band providing the entertainment. If you’re swaying your hips even slightly (and you will be), you’ll likely get dragged onto the dance floor by the very engaging band members. As the band pumped out a rousing rendition of Camila Cabello’s Havana, I closed my eyes and swayed to the rhythm. With the plantation doors thrown open to the cool breezes, this Saigon summer night could very well have been another era, or perhaps history in the making.