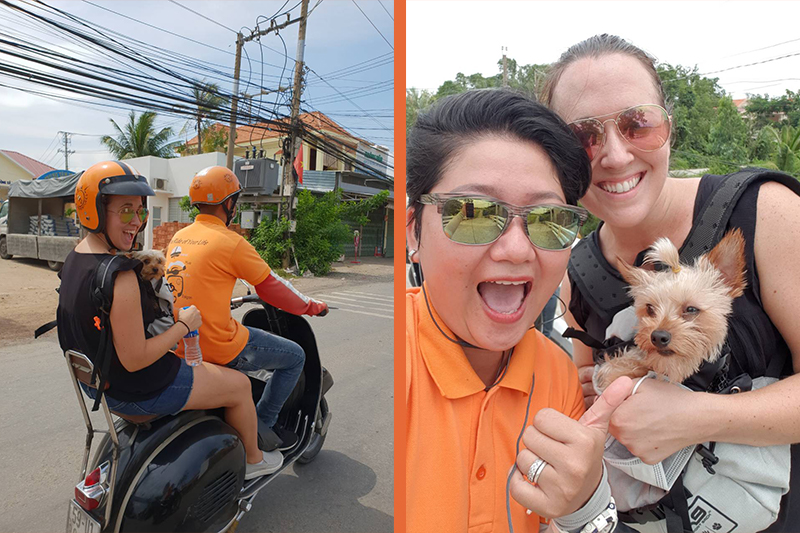 Take your dog on your next motorbike trip exploring Vietnam

Sunglasses? Check.
Long pants? Check.
Small Yorkshire terrier carried as one would a child inside of a doggie-sized backpack? Check. 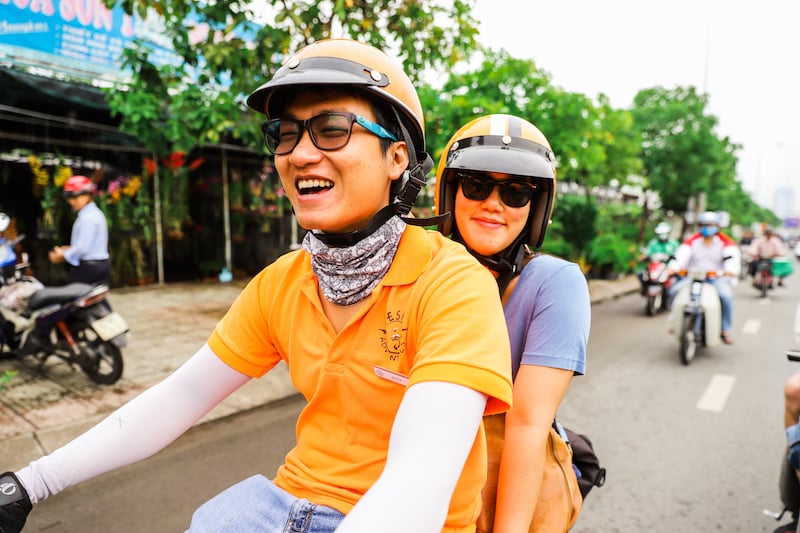 Vespa Aventures (vespaadventures. com) is one of the only tour operators— perhaps the only one that offers motorized tours—that is officially dog friendly.

So, “this is a special occasion,” Na said. “This one is tiny and just fit [sic] enough on the bike.”

Her greatest concern was whether the other tour participants had a pet allergy and any discomfort that would cause. A larger dog would cause balance problems for the bike on tour, Na said. But Elizabeth’s 3-kilogram pup? No problem. “This is actually the perfect size.” Both Na and Elizabeth laughed as Monty shot a curious look around the café tracking the drinks being placed on the table during the driving break.

“I feel like I have a baby on tour,” Na said with a smile.

Elizabeth sent a photo of Monty in advance to make sure it wouldn’t be a problem, “and my boss said, ‘don’t worry, it’s just like a baby (sized) one,’” Na laughing.

“Steve (Mueller), the owner, I think his kids go to my school?” Elizabeth, a counselor at Saigon South International School, said. “I hate leaving him all day long.”

While riding and throughout most of the tour, Monty would remain inside of the bag under Elizabeth’s chin. The Mekong Delta tour wandered in to remote parts of the region rich in rice paddies and space. The tour included a stop at two traditional rice liquor makers, a temple and an incense stick maker. Monty walked along with the other tour participants here.

Monty garnered curious, interested looks from local Vietnamese living or working at the various stops of the tour. Monty even won attention from another dog wandering the wet market. There, a black dog wandering amid the narrow street’s wet market stalls went to Elizabeth and stood on its hind legs in an attempt to get a better look at what was in her bag.

For Elizabeth —one of many pet-owners who’ve bonded with a pet for  medical support—Vespa Adventures’ willingness to allow her to bring her dog was more than just a kind gesture. Elizabeth’s Yorkie is an Emotional Support Animal, or ESA, an animal that provides therapeutic value to her. A pet that qualifies as ESA has received its designation from a licensed mental health professional. Elizabeth started training Monty as a young pup, giving him formal obedience lessons and coaching him to become a pet therapy animal.

“This is not required to be an ESA but having a new puppy, was a good idea for me to train him young. I work within the mental health field and have provided pet therapy for clients in the past and my goal to not only have Monty as my own support animal but work with others in another therapeutic approach,” Elizabeth wrote in a follow up email.

Elizabeth comes to Ho Chi Minh City from Korea, one chapter in a decade of traveling the world. She has lived in four countries and kept another Yorkshire Terrier for companionship before he died in 2017. She said they’ve been critical to her emotional well-being while abroad. Monty looked content to ride through the countryside in her bag, but regular stops where Monty could walk with the tour group, wander just a bit and be held by the incredibly dog-friendly drivers of Vespa Adventures meant he didn’t have to. “[M]y guide was amazing with Monty,” Elizabeth said. It took a minute to settle in amid the noise of the traffic and the motion of the Vespa, but “he was able to get in to the groove with the ride quick.”

Interested in embarking on any of Vespa Adventures’ motorized adventures with your dog—”Cats too!! We are cat lovers,” the tour company’s lead marketer Mario Orellana wrote—or other non-human loved one? Bringing your pet is as easy as adding an addendum to the online registration form when you book on vespaadventures.com. Pet owners need only list their pet as one of the special requirements the tour company asks about in the web booking form.

The dog can’t literally ask to be your “ride or die” on all of your adventures in Vietnam, true. But that doesn’t mean he or she doesn’t harbor the secret urge to be there with you at all times in their little heart. 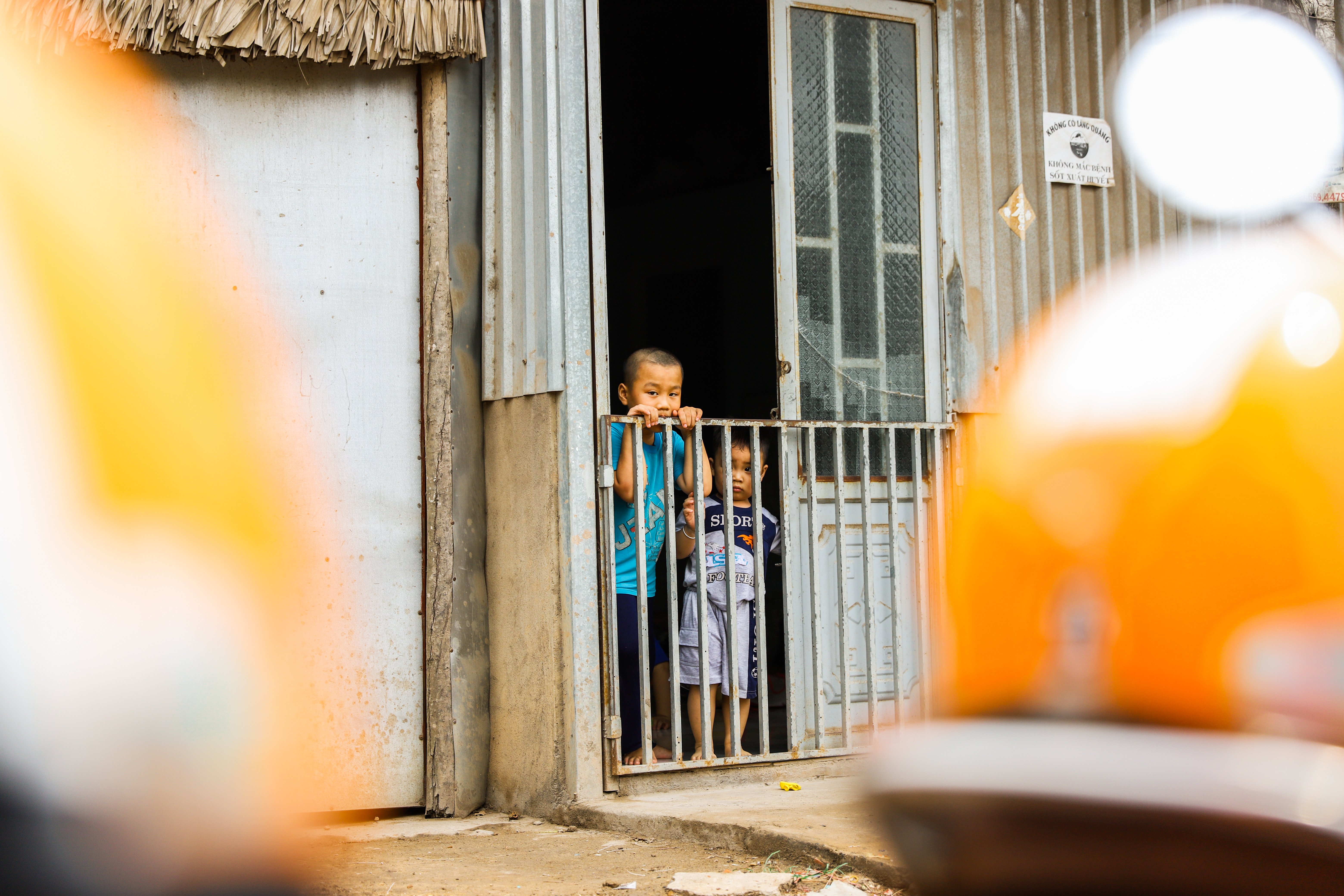 What Do You Need to Think About Before Getting a Dog?

may one day decide to buy or adopt a dog and make it a member of your family. Perhaps your children have been requesting it for a long time, and you have finally consented, or perhaps it’s something you’ve always desired but have never been able to do before. Perhaps it’s because you’re lonely or