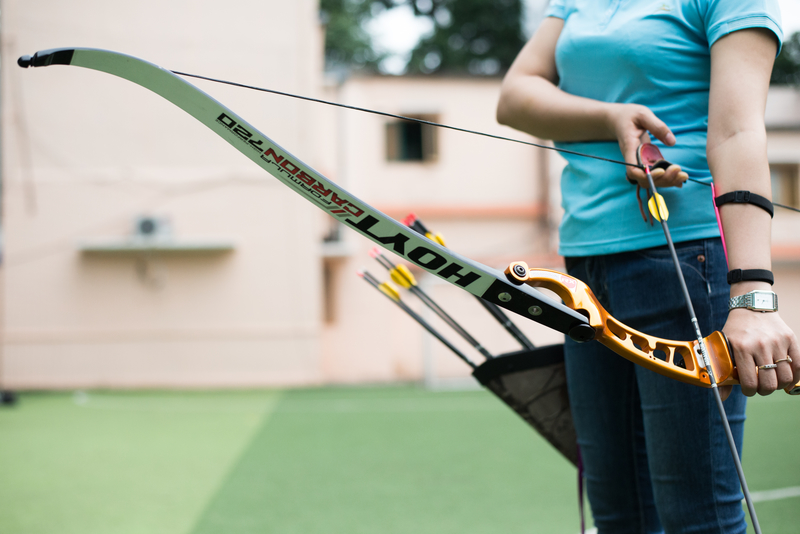 “People ask me these questions a lot: Why archery? Why not some other modern sport?” says Hoang Anh, founder and president of the Saigon Archery Club (SAC), the first and largest archery club in Ho Chi Minh City. “To a lot of people, archery is kinda boring. Watching an archery tournament is a bit like watching paint dry. But to fans, the beauty of this ancient sport lies in its subtlety. It’s like yoga, only more intense.”

In a four-by-ten-square-meter-room on the third floor of the Youth Cultural Center are dozens of bows, from simple recurve ones costing as little as USD200 to complex, Olympic level compound bows costing around USD2,500. This is the headquarters and storage room for the SAC. One of the club’s oldest members is an 84-year-old retiree while its youngest is a teenager still in secondary school. Every day the club is visited by 10 to 20 drop-ins and as high as 50 to 60 during the weekends. 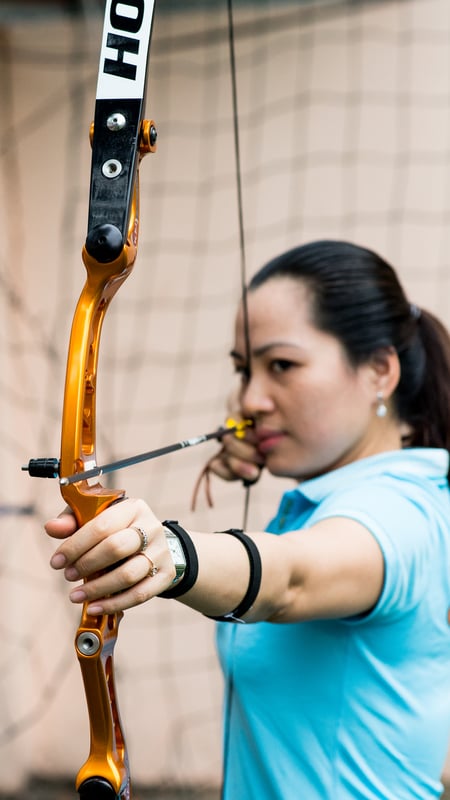 SAC (Facebook: Saigonarcheryteam) was founded on June 2013 and the story that led to its formation is one of chance. Hoang Anh, a Viet Kieu, was a former coach for the American national archery team and on a trip back to Vietnam he brought with him a bow and went to the Youth Cultural Center to practice. “They have a big yard here that’s perfect for practicing. My room at the time was too small even for a beginner’s fivemeter range practice. I couldn’t exactly shoot in it,” he explains. Because of Hoang Anh’s many joint projects with the state-owned Youth Cultural House, which includes the first community skating rink in the city, he was able to easily obtain permission from the committee to borrow their yard for practices, during which he gathered a sizable group of spectators.

“A lot of kids and teenagers and a fair amount of adults watched,” he says. A few weeks later the boldest among them approached him for lessons, and that was how the Saigon Archery Club started. Hoang Anh funded the club himself with his initial investment of ten practice bows ranging from VND3 to VND6 million each. The club inaugurated with ten core members including Hoang Anh as the president and his close friend and assistant Doan Thi Le, who also manages the skating rink, as vice president.

In the past several years, SAC has grown significantly in both membership and capacity. They now have over 30 bows in their stockroom. The club provides several services including skill-developing classes from beginner to advanced levels, and bow and yard renting by the hour. Due to its community driven nature and support from the Youth Cultural Center, SAC services are charged on student rates and are easily affordable to most people. 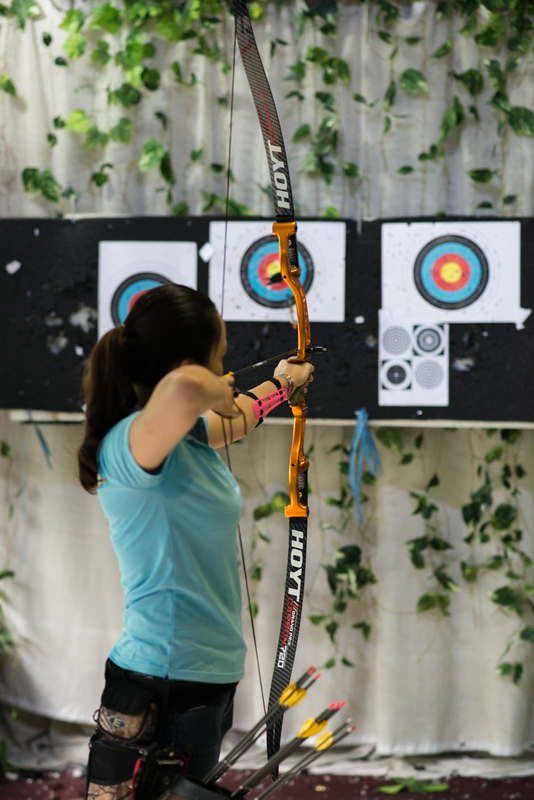 They often host their own archery competition, using the same standards with which Hoang Anh trained the American national archery team.

“It could almost be said that archery is a lot like an amalgamation of yoga and golf. It is like yoga in that to perform a pose correctly the breathing must be perfectly relaxed and normal even though many of the muscles in the body will be under extension or contraction and you will be fighting against this tension to maintain a relaxed pose and let your body flow into it.” As he speaks, he demonstrates with a practice bow, shifting into stance with the ease of one who has played the sport for decades. “The same occurs with archery. And as with golf, muscle memory is incredibly important in that the swing or the shot must be done exactly correct each time. In Olympic recurve target archery, medalists will be pulling and holding 40-50 pounds and must have extremely fluid and relaxed composure and technique to get the shot off accurately and consistently over a great number of arrows shot in each competition.”

“There’s something so nostalgic in archery, something elegant, and a little bit romantic too. Like Robin Hood, only in modern gears,” he adds. Though none of its members aside from Hoang Anh has participated in an international tournament, he hopes to eventually train the first generation of professional Vietnamese archers within his club.