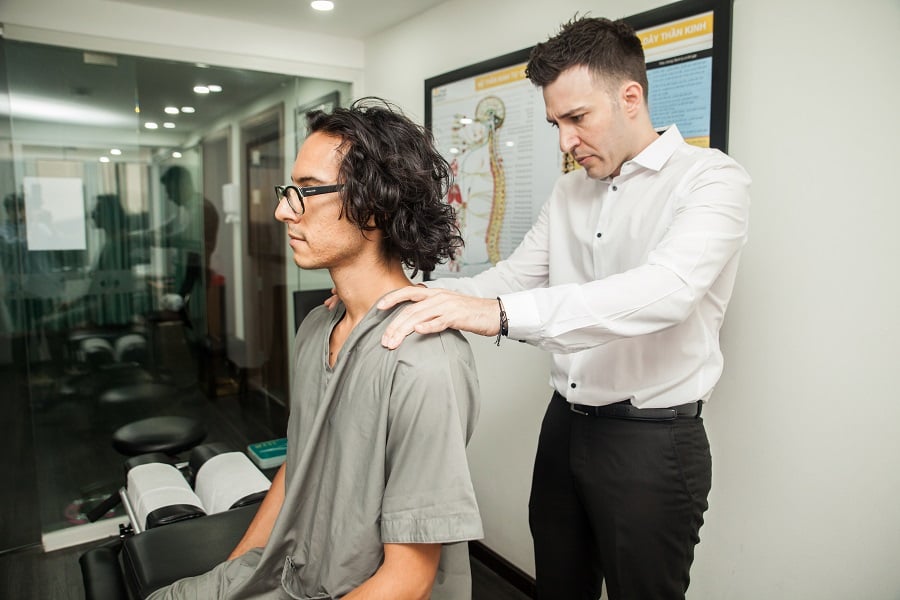 A slope arising in the shoulders or hips. A loss of spinal curvature. Fallen arches. Lingering pain from a youth of contact sports. The resulting skeletal imbalance that these conditions may create can also cause nervous system malfunctions like misfiring pain receptors, headaches or even weakened vision because the skeletal system—particularly the spine—and the nervous system are deeply interconnected. The answer is chiropractic medicine. 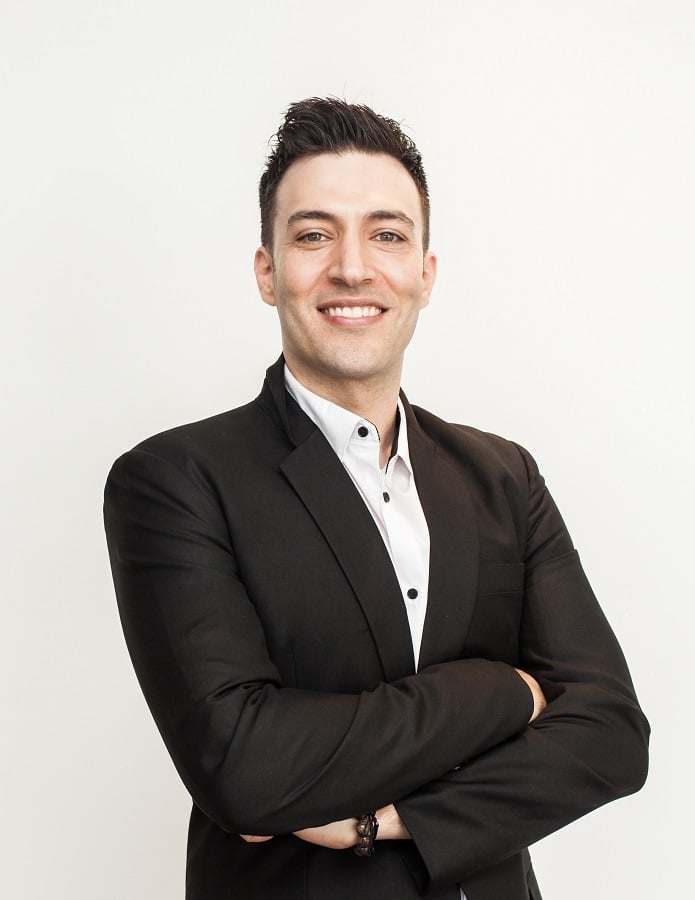 Chiropractic medicine is better understood as a holistic treatment rather than just pain abatement, according to Dr. Paul D’Alfonso, Maple Healthcare Director and a practicing chiropractor. Before any chiropractic therapy or other treatments are administered, patients undergo a thorough bodily diagnostic where the doctors take vital signs to check the health of major organs and the body’s essential functions. They are also x-rayed so the doctor can show patients visually where any skeletal misalignments or abnormalities have appeared.

For those who can benefit from chiropractic care and would see benefits from it, Dr. D’Alfonso said the gains are usually immediate. Within the first three visits to a chiropractitioner the patient will either get the relief they want, or they won’t. He estimates a healthy majority—between 60 to 80 percent of patients—see positive results. 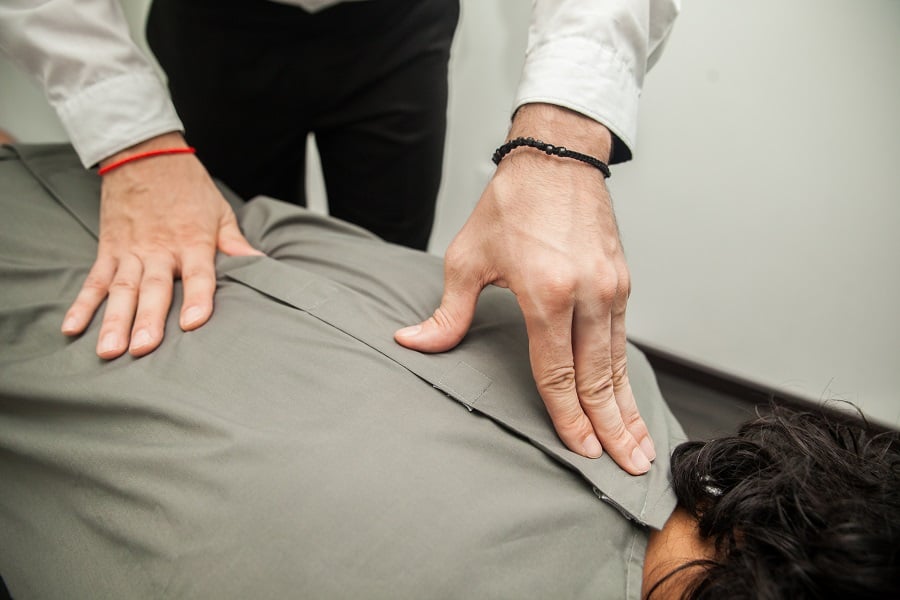 Dr. D’Alfonso said the treatments work best when they’re the foundation of a lasting relationship between his staff and the patients they serve. He personally has patients that he maintains regular contact with. He explained that health problems typically cut across a wide range of lifestyle and environmental factors—and many different areas like nutrition, mental health as well as physical activity—and that the close relationships Maple Healthcare’s patients enjoy with their doctors often serve as foundations upon which they can build healthy lives and broader wellness.

The training to become a chiropractor is broad ranging. He said that chiropractic training in the US, like the type he underwent, satisfied the prerequisites to become a primary care physician. This serves a range of benefits, like enabling chiropractors to identify what patients and symptoms would best benefit from their specific kind therapy offered at Maple Healthcare—the clinic offers acupuncture and physical therapy—and diagnosing illnesses as a conventional doctor would. 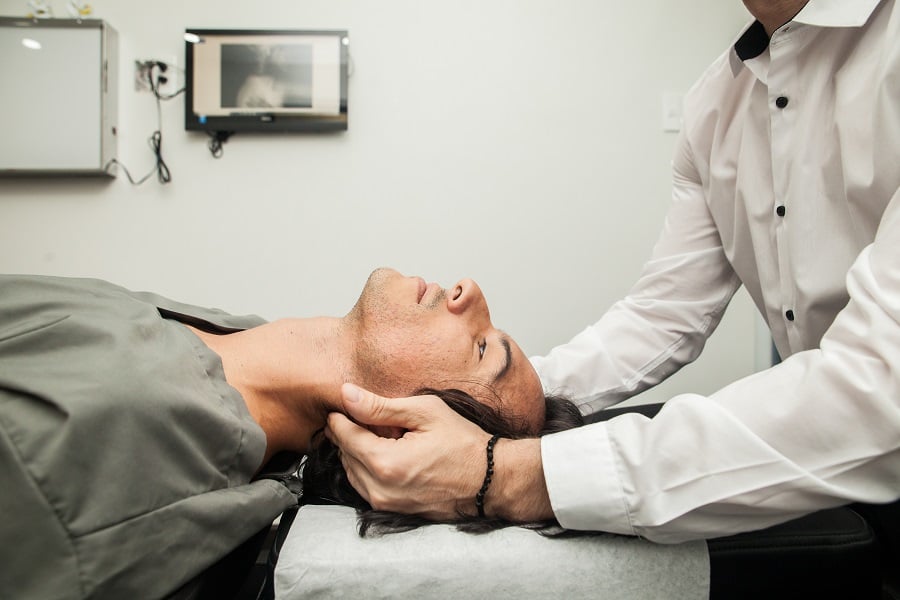 A US-trained medical practitioner who hails from New York, Dr. D’Alfonso originally trained as a human biology and anthropology student before working within his current specialty. He is an autodidact who trained himself as an entrepreneur when taking over Maple Healthcare in 2012, a role he said he’s grown into and has come to be an important chapter in his professional life.

Between Maple Healthcare’s three clinics (maplehealthcare.net), the District 7 location sees the highest patient load, around 60 per day. The other two locations in Districts 2 and 3 see about 30 patients per day. Another two clinics are expected to be open shortly within this expanding company. Most clinics see a majority Vietnamese patient population, though the District 2 location is more evenly proportioned between both native and foreign populations.

Chiropractic care in the US has a cultural baggage that didn’t follow to Vietnam. Lasting fights between it and the medical community have tarnished its reputation in the West, but in Vietnam—a place where herbal medicines still have their adherents and where there is less comfort with surgery—the practice exists in harmony with established treatments and traditions.

The stigma against chiropractic medicine itself might be dated given mounting evidence affirming the therapy’s positive effects. But here, chiropractic treatment can exist outside of its history. In Ho Chi Minh City, chiropractic care can stand as it is, an effective treatment for a range of ailments. Maple Healthcare’s chiropractitioners are able to treat a variety of patient types in all age groups and with a broad array of physical abilities. Patients come to the clinic to seek relief from the lingering effects of a motorcycle accident, or they may come to seek relief from the physical effects of pregnancy. Dr. D’Alfonso’s team of trained, experienced clinicians see and are able to treat a wide variety of patients, from the elderly to athletes. 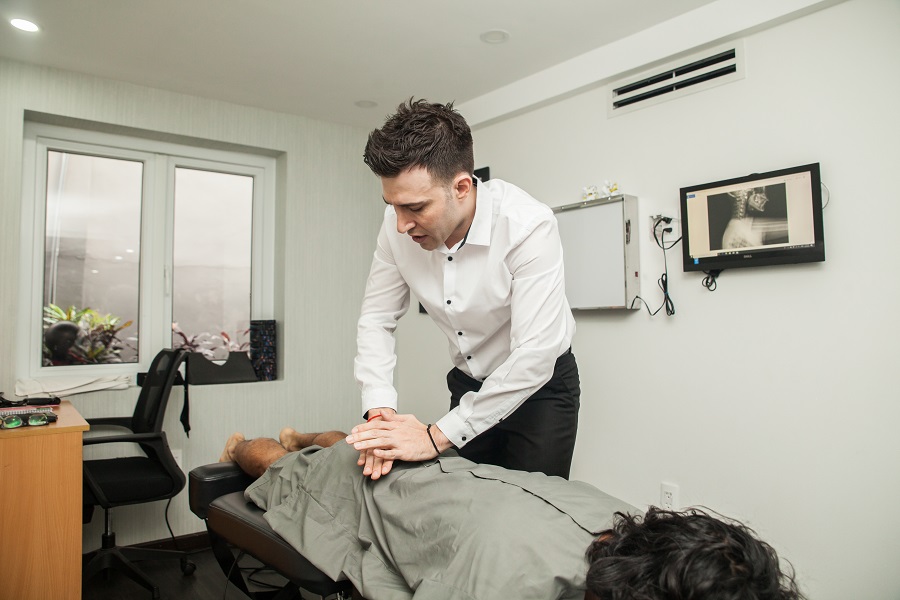 Ho Chi Minh City, clinicians have seen some problems show up repeatedly. For example, the Maple Healthcare team is closely monitoring a rise of scoliosis in the young Vietnamese population. Dr. D’Alfonso said the area population is also prone to podiatry damage due to the abundant use of flip-flops and other open-toed shoes that don’t support the foot arches well.

Chiropractic care can also potentially yield additional benefits over and above just healing an illness. Because the body is interconnected, Dr. D’Alfonso said it’s not uncommon for patients to see other improvements, like abatement of seemingly unrelated headaches. The nervous system is a major piece of the human anatomy that can respond in novel and unexpected ways to holistic care like chiropractic practice.  Research on chiropractic medicine is starting to develop new working theories and fresh insights into how the body’s skeletal and neural networks interact. Dr. D’Alfonso said chirotherapy is a unique place from which to study this problem and from which to offer treatments because few other medical disciplines have the body’s literal core structures as a central focus for their practice as his.