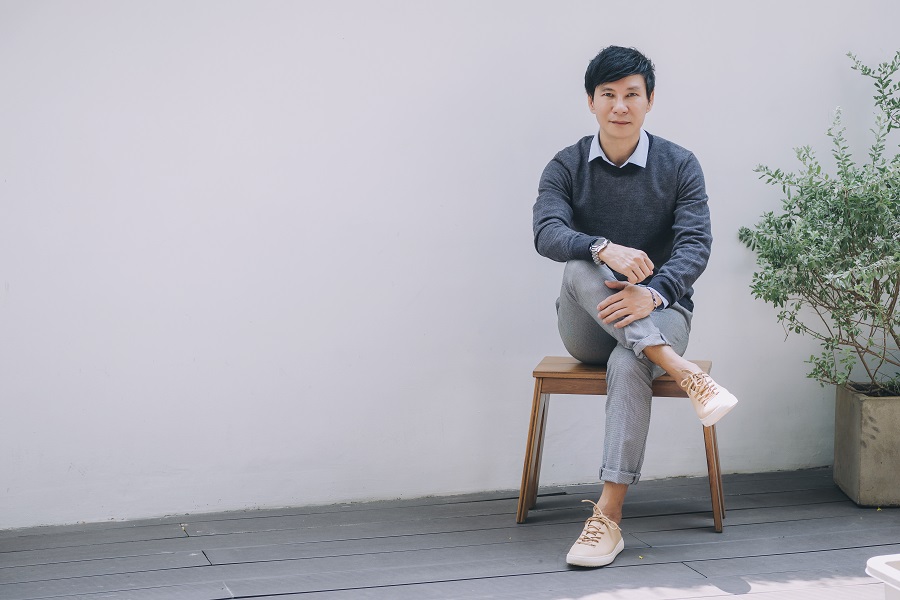 If you’d wandered down any random street in Vietnam during the early 2000s and glanced into the lounge room window of any home, you would most likely have seen a TV set lit up with Vietnam’s first musical/movie concept album Life With You (Trọn Đời Bên Em), a popular DVD release that was so original it catapulted its creator—then waning pop star Ly Hai—to immediate success.

Perfectly timed for an era when DVD piracy had yet to gut the industry, the album was a dramatic 60-minute presentation with a romantic narrative that included six original songs. No other Vietnamese artist before Ly Hai had released such a work, and Vietnamese music fans were so intrigued by the idea that the album had an immediate and profound cultural impact.

“The first Trọn Đời Bên Em fell into the pop ballad genre, which met the taste of the market at that time,” says Ly Hai, now in his early 50s and still very much the shy country lad from My Tho he started out as. “I found that my voice suited this genre quite well, which I hadn’t realized before. With some success in both pop/dance styles and now ballad music—as well as the fact that I also composed the songs, wrote the lyrics, and wrote the script, those factors really helped me to impress the audiences at that time.”

Following the original Life With You album in 2000, Ly Hai went on to put out one album in the series per year, each lasting for around 90 minutes and featuring 7–10 songs. The narrative formats for each release had their own unique dramatic plots in varying cinematic styles—action, romance, and (most popular with audiences) comedy. Between 2000–2010, Ly Hai released a total of 10 Life With You albums, featuring a range of musical genres that included pop, ballads, hip hop, R&B, country and dance, among others.

Ly Hai seems an unlikely character for the kind of pioneering work in music, filmmaking and dramatic performance that typifies his career. He both was and was not destined for a life as a performer—the first giveaway was how, as a very small boy who suffered from a speech impediment that affected his way of talking but not his singing voice, he tended to communicate in song. This drew so much derision from his classmates that he studiously avoided any interest in the arts for the remainder of his school career, turning instead towards sports. He was drawn to volleyball, but was almost too short to be on the school team and absolutely too short to enrol at a sports university—so when a recruiter for Saigon’s School of Art and Theater II (now the School of Theatre and Cinema of Ho Chi Minh City) came to scout for talent, he joined the examination for fun and ended up being among the 20 out of 1000 regional applicants to be awarded a scholarship.

In those austere times, however, musicians were even less likely to eke out a living by performing than they are in regular times. Ly Hai toughed out the entertainment circuit, hitting all the venues he could until he tired of the rude wealthy patrons, and then toured the entire country with arts troupes—but was only able to string together a moderate success based on his pop numbers and distinctly Michael Jackson-influenced dancing. Things improved significantly when he was invited to perform on HCMC TV and became a regular feature as “the star with the golden legs”—but by the time the 90s closed, ballads were the dominant popular musical form of choice, and Hai rapidly found his style falling out of favor with local audiences.

Life With You changed everything. The man who’d once owned just two changes of clothes and a bicycle became one of the first ten Vietnamese singers to own his own car. Hai is pointedly reluctant to talk about his material successes, however, focusing solely on his passion for his work and family—good, old-fashioned country values.

According to Hai, what changed his life most wasn’t success, but romance. In 2002 he made the acquaintance of a bright, engaging model and law graduate named Minh Ha (Ha went on to graduate with a master’s degree in law in the UK), somehow bumbling his way into a relationship with her after a couple of years’ friendship while the pair worked on his fifth sequel to Life With You. They’ve had a singularly successful marriage and are now counting four kids.

“My life totally changed since I got married,” admits Hai. “Before I usually stayed up late for work, went out with friends afterwards, and woke up at noon every day. After I got married—especially when we had kids—my life changed; now all I want to do is come back home early to be with my family, to have dinner with my wife.

“Now my life is more stable; my house is fully equipped for work without the need to go anywhere. We have all the in-house facilities we need—a gym, a swimming pool, a cinema, and everything. Lately, almost every meeting, including with magazines, seeing friends, working meets, castings etc. take place at home. We barely go out.”

For her part, Minh Ha is as manifestly devoted to the family as her husband, and has been instrumental in building the next phase of Ly Hai’s career as a filmmaker, working as his co-producer. “From 2010, he wanted to be a director and produce movies,” explains Ha. “From that time, he reviewed all the lessons he’d studied at university and taught himself how to be a director and a script writer, as well as how to produce a movie. I researched all the materials for him online and I translated it for him from English.

“His first script was Lost Secret (Bí Mật Lại Bị Mất). He was co-director with his friend, the actor Nhat Cuong, before he went on to produce his first solo feature, Face Off (Lật Mặt). At first it was very hard, we went everywhere and we talked to everybody and no one helped us. He’d changed to a new career that people thought he didn’t know anything about, and no one helped us. We had to invest our own money into the first movie, and then it became a blockbuster and had a very good profit, and so after that time we just did the work ourselves, We don’t need anybody else. Now we have a lot of investors who want to join, it’s a
different situation.”

Hai went on to enjoy considerable success with his film career, setting up his own film company Ly Hai Production in 2014, through which he wrote and produced his popular Face Off series, as well as composing and recording the films’ OSTs. Face Off was named the most popular online movie in the 2016 WebTV Asia Awards, while Face Off 2 won him the award for Best Director in the Korean Culture & Global Entertainment Awards 2016. Face Off 3: The Imperfect Trio was in top five local films with the highest GBO in 2018, and Face Off 4: The Walking Guest is currently among the top four local films with the highest GBO of all time, recently becoming the second Vietnamese film to achieve a general cinematic release in the USA, also being released in Australia.

According to Hai, the secret to his success is always staying ahead of the trends.

“Web dramas, for example, are now a hot trend—but I did it 10 years ago,” he smiles. “That’s one of the reasons why I’ve been successful. There are many things that people are doing in their web dramas that imitate my Life With You series. I was also the first to release a free album online in 2009, earning money from ringtones. At that time, DVDs and CDs weren’t selling well because of piracy, so singers had to change to another way of making money from music, which was ringtones and call waiting tones. After few years, another emerging trend was earning from YouTube views, and I was also a pioneer in this.”

As a successful filmmaker, Hai remains optimistic about the potential of the Vietnamese film industry. “They filmed the King Kong movie in Vietnam,” he is quick to point out. “Vietnam has so many beautiful views and a beach that extends from north to south, as well as mountains, waterfalls, and so on. Foreign filmmakers should really be encouraged to come and invest in Vietnam. There may be some disadvantages, as people still don’t know about us and we’re still poor in technique and post-production. But we have to try to show them what we have, and it’s best if we can cooperate with foreign resources.”